https://www.youtube.com/watch?v=rM3WiuyngSs
and not enough 2KB.
you can 8A+B over Viola's CE if the orb is in between you two
I like this. Really well done!
Thanks everybody,
this kind of video takes a lot of time, work and pantience to be done. There are other tactics that I would put in the video, but the time and the editing process didn´t allow it. I know this japanese samurai since 1998 and he was the first character I choose to play on Arcade Mode of Soul Edge. Since, he is the only character that I play in every version of the franchise. Good I can show some different stuff and help other players (and make happpy with some videos, even when the player doesn´t play the same character as me). Sorry if it has any English mistake. Thanks a lot!
Rugi's always had a STC they just nerfed the frames on it. Also, no one techs vs rugi. Ever.
Yeah, this is just downright nasty.

/salute
tech crouching mids and vert i didn't he can do that lol great video
This is really amazing, great job.
Lol Mitsu......

Mitsu is broken!! LOL....Good stuff vini. I always enjoy your vids.
@2:12 Holy S#%* Awesome vid!
great vid tho, zwei next
This is why nobody likes mitsurugi 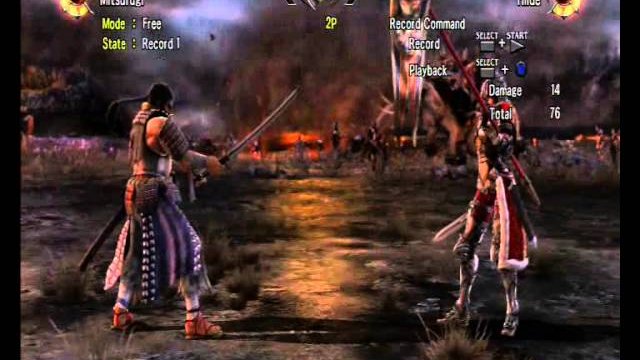 Oct 1, 2013 at 1:04 PM
Posted by Vini
Hello,
here it is my Skill project of Mitsurugi for SC5. The main objective was to avoid/counter the enemies attacks and punish them with the highest damage as possible with less gauge bar usage. Most of the moves on the skill part were recorded inside quick battle against the strongest opponents to show how effetive they could be. The moves not used by CPU were recorded on trainning mode. I expect this stuff add something to your gameplay.

Tech/Ukemi traps and combos used (first part of the video):