https://www.youtube.com/watch?v=ss-tg2mMSvQ
No comments have been found at this time 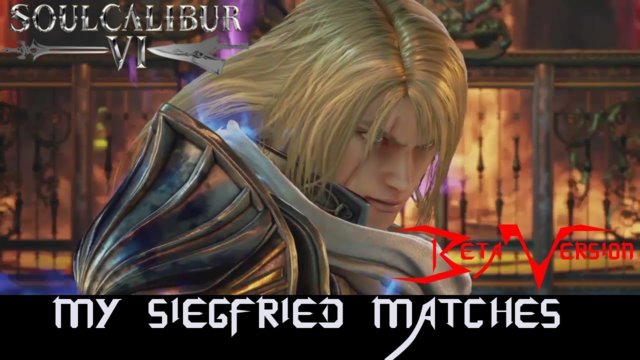 Here we have gameplay of Siegfried, who the main character that I play as and is my all time favorite of the SoulCalibur series.
He was actually the first non-Star Wars character I ever played in SoulCalibur 4(which was the first game I played in the series) and I immediately grew a fondness of him.
His design, personality, backstory, and of course his moveset resonated with me. Ever since then he has been my main in every (except for Soul Calibur since I don't have it.) installment.

With all that being said, I was incredibly overjoyed that he is in this game and wasplayable in the Beta.
He felt really good to play as and I noticed that he appears to have moves from his SC3, SC4, and SC5 move sets. Plus new ones too like the rest of the characters this time around.

I think my gameplay (though rusty and still learning) was probably best when playing as him since I remember many of his moves from previous games and was able to adjust rather quickly (Imo) to changes they made to the inputs and my controller (I mainly used Xbox360 previously before getting a PS4).

Overall I had so much fun playing as my Boi again after not really playing any of the SoulCalibur games in like 4 years.
Looking forward to playing him more once the game is finally released.

Anyway,
Thank you all for watching and as always,
I am very grateful for your continued support!
Feel free to let me know your thoughts in the comments and be sure to stay tuned for more! :D