https://www.youtube.com/watch?v=JbWNpH7f9Bg
Thx lobo, I only left a few vids and deleted the others. You never checked the shows i PMed you did you :) see ya
you all are giving way too much of a fuck about this. the media section is for everybody. let the guy post his videos. people like them. get over it.
I'll just leave the CAS video thread alone. It'll be there if newbies/lazy people don't know where to look for CAS vids. Thanks for the feedback guys.
Well yeah KokoYoshi. If anything he should of gotten a friendly warning to cut down on the amount of posts. Anything else is obviously creating a bias towards one kind of media. Like he said before, this forum should be for everyone to enjoy.
Ok, Fair enough. As you are the CaS mod I will leave it to you. There is no rules against anyone posting videos here so therefore I wont say anymore.

Just know I had good intentions haha.
I think Alex's point is to share the privileges that anyone can post anything SC related to our passion as a whole in 8wayrun?
I was the one who suggested the thread. If Koko decides he no longer wants it he can take it down. Im a S.Mod but I am not forcing this idea onto him. I thought it would help so I suggested it.

And at no point was trying to force it into a thread but look at the Soul Arenas. The all have specific video threads for said characters for that specific topic. It works nicely and is organized. If you want to see a video on Cervantes you most likely go to the SA first not the media section. To me it was just like that but for the CaS Forum.

I apologize for making it seem as if I was trying to separate the CaS creators from the competitive players it was not the goal.
I mean the action of forcing this into a thread means we should force all media into threads imo. Since only singling CAS out proves our elitism. I think Vilarcane got the message a long time ago and will compile his stuff next time. At this point, we are beating a dead horse.
Lol because if we ignore problems they dont go away they just hide for a bit. Through what we have talked about today we might be able to get CaS its own media section and whatnot. The Video thread is just a temporary result I hope.
Basically, forcing them off their lazy butts to click filter to their liking and then they can be on their way?
Well, perhaps you can try in the moderators forum and see if he will reply there. Make a thread about it and ask about fellow moderators' opinions on possible solutions and whatnot.
Honestly this issue was pretty much done when I talked to Eli, not sure why it had to become something way more than it needed to be.
Id be happy to try and ask jaxel BUT...I almost never get responses from him via PM
By disturbing the people who are ignorant to the filtering feature, we are forcing them to use it. Anything else is just catering to their ignorance. Also the people who were annoyed by Vilarcane's actions were only a few trolls. Since when do we cater to trolls?
Yeah, maybe you could ask Jaxel if it would be possible to create a category for CaS, although I'm not sure what his views on the matter are.
That's something I can agree on. Some rules to keep things in check.
I agree Mage but I also think the idea of the thread for CaS was a good idea because of the fact CaS doesn't even have a category in the media section. If we give it a thread it becomes easy to find and organize. You know exactly what you are going to find in their and the people who are looking for it know where to go. Also doing this you don't disturb the people who are ignorant to filtering features.(Which unfortunately is too many.)

I do agree with the fact there should be some base rules set down though.
As HRD said, it's not particularly the nature of the videos that annoy people but rather the spamming of them that annoys most people who are complaining (of course, there are some people who don't like CAS videos full stop). These videos are all very short and could easily have been compiled to restrict the space is takes up within the media section. Looking back at the comments now, Alex is right to say it's unfair, however I think some ground rules need to be laid down about how much media people spam here.

I can't see a reason that he can't compile future videos so that he isn't "spamming" to keep everyone happy, and to be honest it wouldn't hurt his video's intentions if he had to do so.
I gotten too wimpy. Fuck it, I'm defending the weak. Thanks Alex.
My problem is this, you are making the unreasonable side happy. Which is encouraging that type of mentality. This should of never been a problem to begin with, but certain people can't get off their high horse. To really protect the little guys, we can't shove them in corners. But to nip the hostility at the source. I talked to Eli and he backed off, It should be as simple as that. 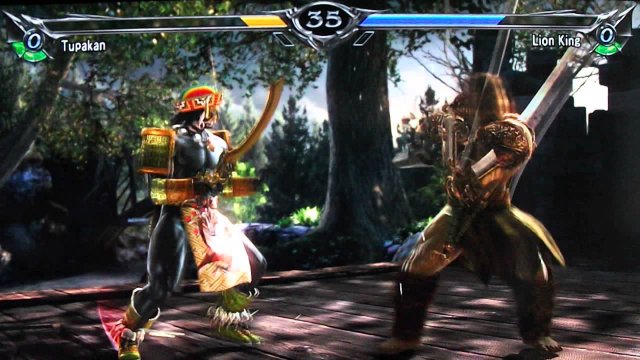