With the release of version 1.02 only coming two weeks ago, Namco Bandai announced that they would continue to support us with patches. But nobody could have foreseen the changes for the new patch being released this early! Namco Bandai's community manager, Filthierich, has given us details on the upcoming patch!

Once again, the exact frame changes are not listed in the patch notes. However, many of the changes in the patch have a larger impact than just safety. Currently, there is no release date planned.

whirow said:
Y U NO include Sieg~
Click to expand...

Because he has no need for words, he whiffs like this.

REPROBEAN_CHILD said:
I don't know about you guys, but I liked the idea of another CE done with 214214A+B+K
Click to expand...

That's funny you know, 'cause that was exactly what I'd thought they would do for an SCVI. Hahaha.

When I finished read all of that, I was thinking, 'WHAT KIND OF FUCKING PATCH IS THIS?!!'

-You got Ivy's stank behind on more buffs with 5 stances. True, she had more stances on SCII, but she's already a dominating force even in this game.

-Maxi there would be cool, but at the same time broken...

-Pyrrah's is funny as hell.

-Raphael,... why for any GREAT reason does this man NO LONGER have any horizontals? (-_`)

-Astaroth has throws, ALL OF THEM being implied, that are unbreakable... ('TF?!)

-PO with a triple step. Hope you like getting kebobbed from more than a half screen away. Someone might as well say, 'Hey, lets bring back AMY with her Amaryllis step, so we can can pull off cheesy CE's to fools from anywhere in the stage.'

-EDIT: You'd bring the 'B' back by bringing back her style to the Soul Calibur apparition.

-Tira would be even more random than needed.

-And what's with Dampierre having his CE go from 90 damage to FULL LIFE?

-Wow, forget about CVS3...this is the funniest "BAZINGA" of a gaming joke I've ever read!
Dest, you forgot the most important one!

Siegfried:
=P
WTF? dam these are BIG CHANGES? man i hope this dosent ruin the game, no GI's? safe movement? gaurd burst recovers fully between rounds? wow i can already see the turtleing punishers wow im not even good at just gaurding, man im not sure about this

EDIT: nice one buddy april fools
I got so happy on the first half, but at the bottom when it started talking about cervantes, I was like, its too good to be true!! But the Z.W.E.I one really made me laugh though, good joke though you guys good joke.
At first I was like "Well this sounds nice" but then I kept reading and was like "Okay what is this nonsense?" and then I realized it wasn't real and had a good chuckle.
Still, I wouldn't mind a second Critical Edge for each character.
I read the first line "It is now possible to block at all times during movement by holding the guard button." and knew it was an aprils fool.
Would actually play this over 1.02, lololol.
Glad I quit.
I would've also loved to see some age jokes. Like...

You should have trolled those who wanted the old meterless GI + 6G/4G input back, instead of going with removing them entirely.
My heart dropped as i read the thread name - but then laughed so hard as i got into the details. I really need to buy a calendar!

Great 4/1 everyone! Hope no1 got trolled too hard (except for me)
Several good ones, but my favorite is still from the fake 1.02 notes when Ezio was only playable with a constant internet connection.
Oh my fucking god... thank you for date stamps....
Damn. Does it still count if you read this after April 1st? Can I tell people I DIDNT fall for it, on account it was the 2nd when I read it?

that maxi one was for me huh? LOOOOOOOL
i thought it was real lol untill i started reading the comments. I was like "NOOO! VIOLA IS GONNA SUCK"

filthierich said:
My heart dropped as i read the thread name - but then laughed so hard as i got into the details. I really need to buy a calendar!

Great 4/1 everyone! Hope no1 got trolled too hard (except for me)
Click to expand...


Hahah, sorry rich, didn't mean to scare you. =P
Alternate CE would still be nice.
If at any point any of you players thought these were real, you should kindly remove yourself from any balance, tier or design discussions until you brush up on how things work in the game engine. Seriously.

For me this is the greatest April fools day ever on sheer exposure.

Priotess said:
Major nerf to Viola, she already has a low damage output, now she will have even less.
Click to expand...

Viola low damage? You must be kidding, right? 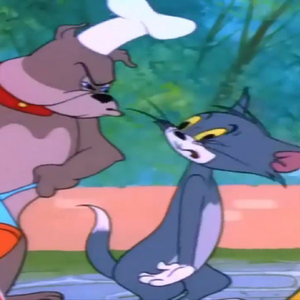