Hello my friends! How's it going? Today is the day for two new more original characters to show you! Erolith a female elf warrior and Yasir a Persian alchemist and a mercenary. There is also their info and their stories. I hope you like them. Enjoy and have fan! 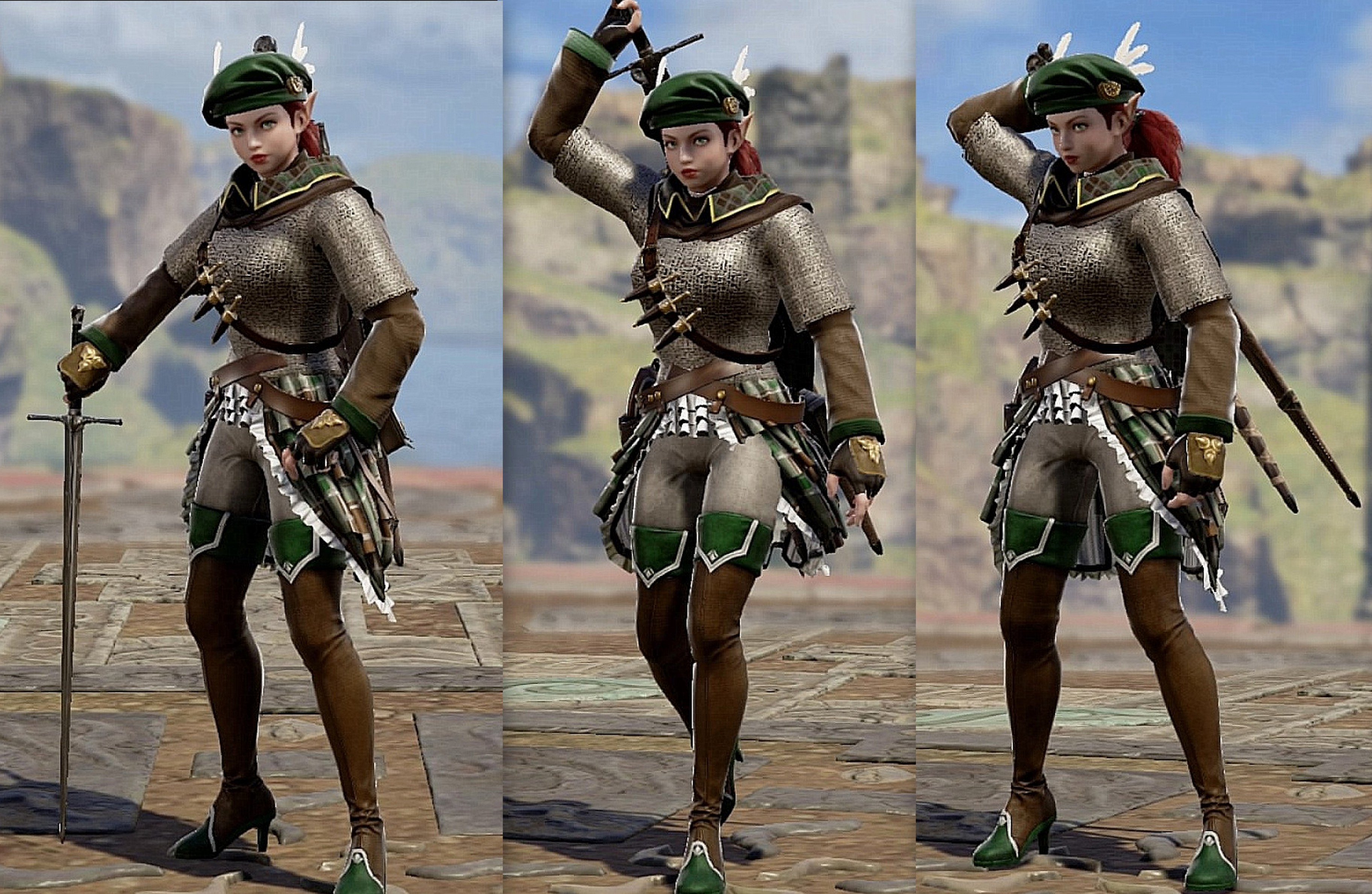 Erolith was born in far Elf Kingdom named Ekfard, which it was lost from people and noone knew about her kind! She was over 200 years old, old for humans but in her world was like a young girl. Erolith was a good elf with such a good manners, she was always took care to all of those who she loved, she was also practiced longsword techniques to protect the weak elfs and to protect her Kingdom! One day a mysterious aura covered the Earth, and her world too an elder elf told her that this aura was evil and the humans called the “Evil Seed” it was came from an evil, cursed sword SoulEdge, he also warned her that this threat also would be affected their world! Erolith felt that she must protect the Ekfard Kingdom and the Elf world and she decided to visit the humans for the first time in order to find the truth about this evil and to destroy the cursed sword SoulEdge!

Yasir was an elder alchemist from Persia and a mercenary! Yasir lost his family when he was very young! He grew up in a military base outside of Persia and studied there alchemy! In the year 1587 Shah Abbas hired a major group of mercenaries to gain territories to extend his kingdom, Yasir joined the group. After of countless fights with many armies he heard about a legend. The cursed sword SoulEdge! Some was insisted that this was only a fairytale and some was insisted that this was a truth and an evil mist from that sword covered the Europe and East Asia turned many people to evil beasts! Yasir felt that he had to investigated this and felt that he should do something to save the world! He read volumes of books and found that SoulEdge was revealed through the ancient times killing many people and the beloved son of a Hero’s King!
Yasir thought that if he could use his alchemy he could discover the ingredients of SoulEdge and how it was created and who was its creator, he decided to travel a long journey in order to find the sword, his destination was a tower with 100 floors known as the Tower of Remembrance the book that he had read stated that there it was the place that everything were started.

Thank you so much my friend @sotpal_95!

Hello my friends, today I will show you a full recreation of my Yoshimitsu 2p costume! I decided to delete the old 2p Yoshimitsu and I created a new 2p costume for him, it based on his SC1 1p costume. I also replaced his pictures in the previous pages on my thread and also in SCVI Yoshimitsu Edits thread. https://8wayrun.com/threads/scvi-yoshimitsu-edits.20389/ Enjoy! 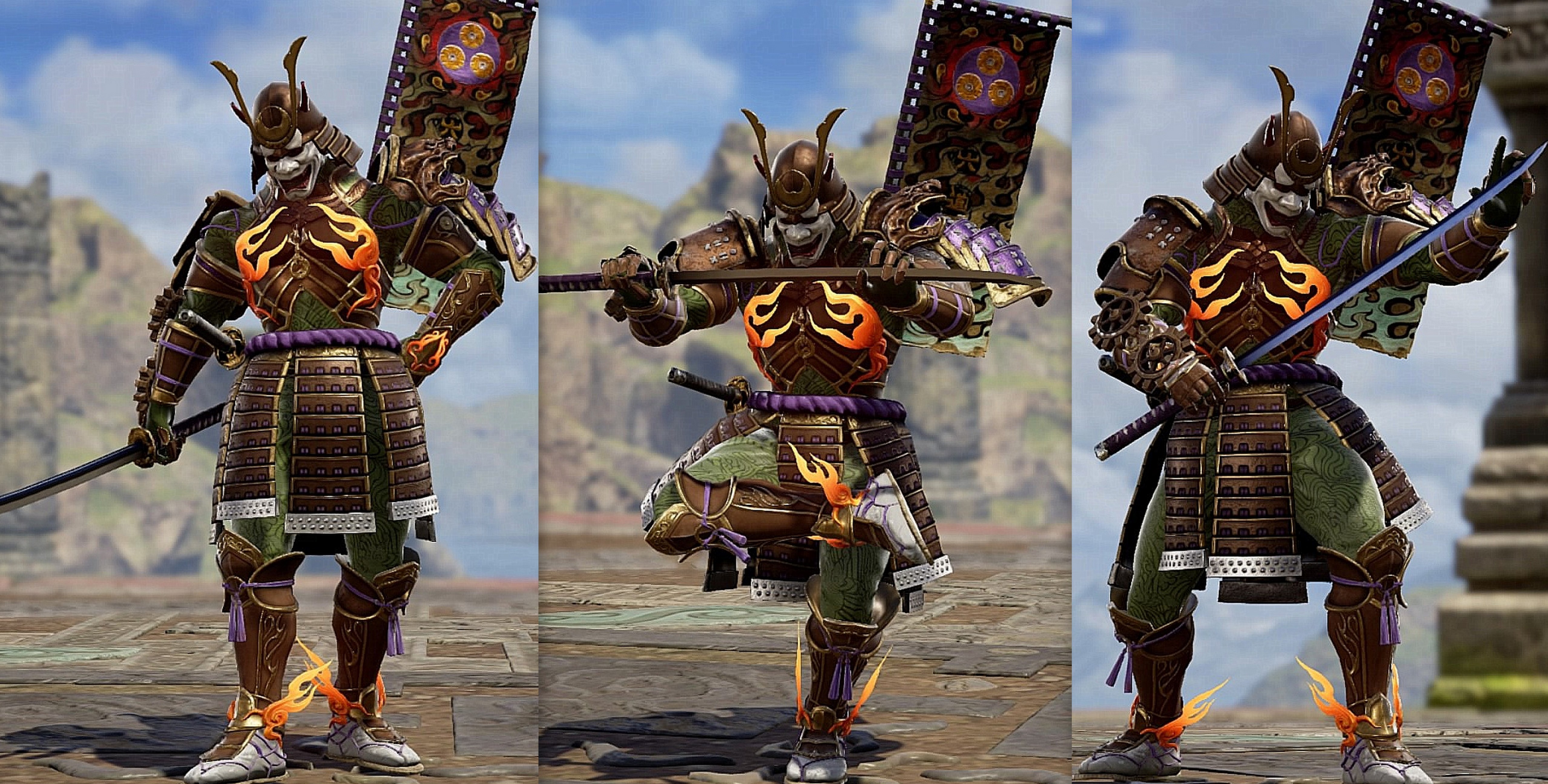 Kostas patience with people in this thread is legendary

Love that new Yoshi alt, find a good use for a cool but hard to apply piece is ever good idea

Gatsu said:
Kostas patience with people in this thread is legendary

Love that new Yoshi alt, find a good use for a cool but hard to apply piece is ever good idea
Click to expand...

Thank you so much my friend @Gatsu. Hahaha yes but sometimes patience runs out! 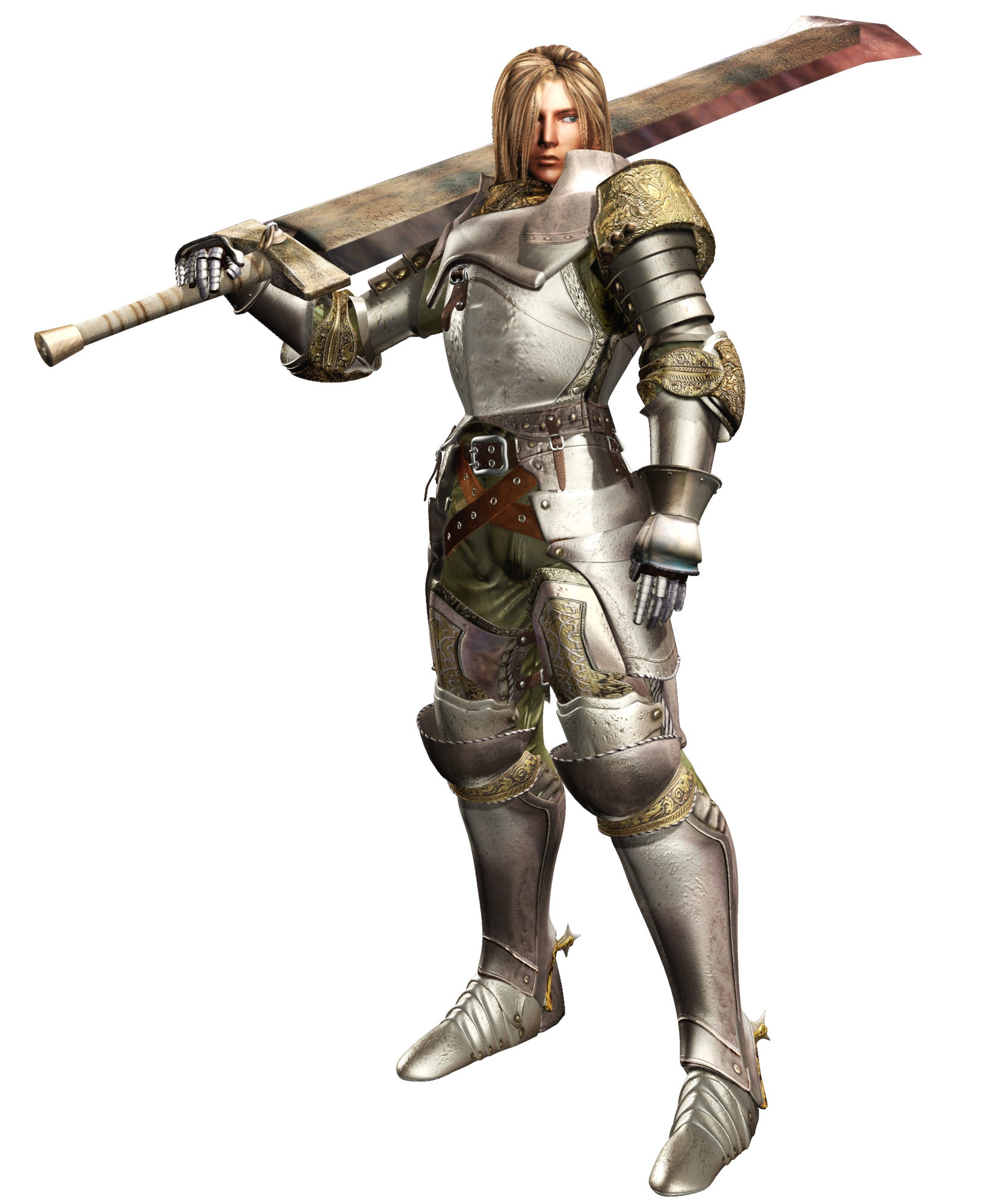 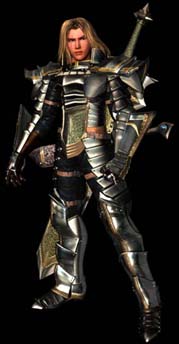 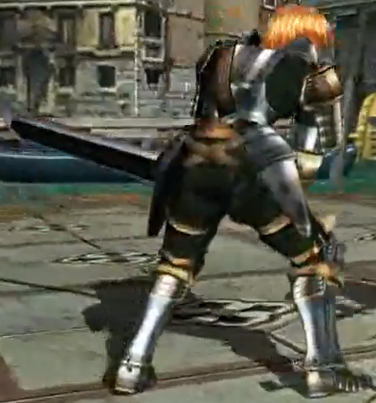 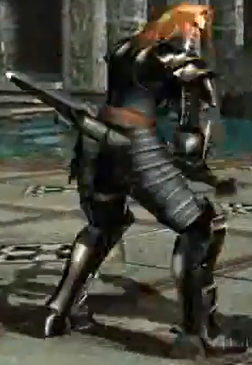 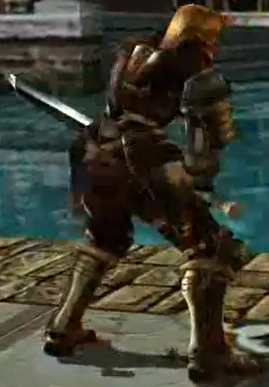 so can you do those for me?

if it will happens then i would post them in my thread or other websites as long as i will credit you ok? credits are important so does permissions

TiraRules said:
i was going to do SC1 recreations for my SC characters but one problem is Siegfried's three costumes are hard to create

so can you do those for me?

if it will happens then i would post them in my thread or other websites as long as i will credit you ok? credits are important so does permissions
Click to expand...

Well, I have no plans to create another Siegfried costumes! I created 3 costumes for him a 2p, 3p and a 4p! I think that you have seen these in my thread and also in SCVI Siegfried Edits thread. And something else, for this kind of issues, if you want to talk each other for something please send me a message! Here in my thread I share only my creations and I accept your comments! Thank you. 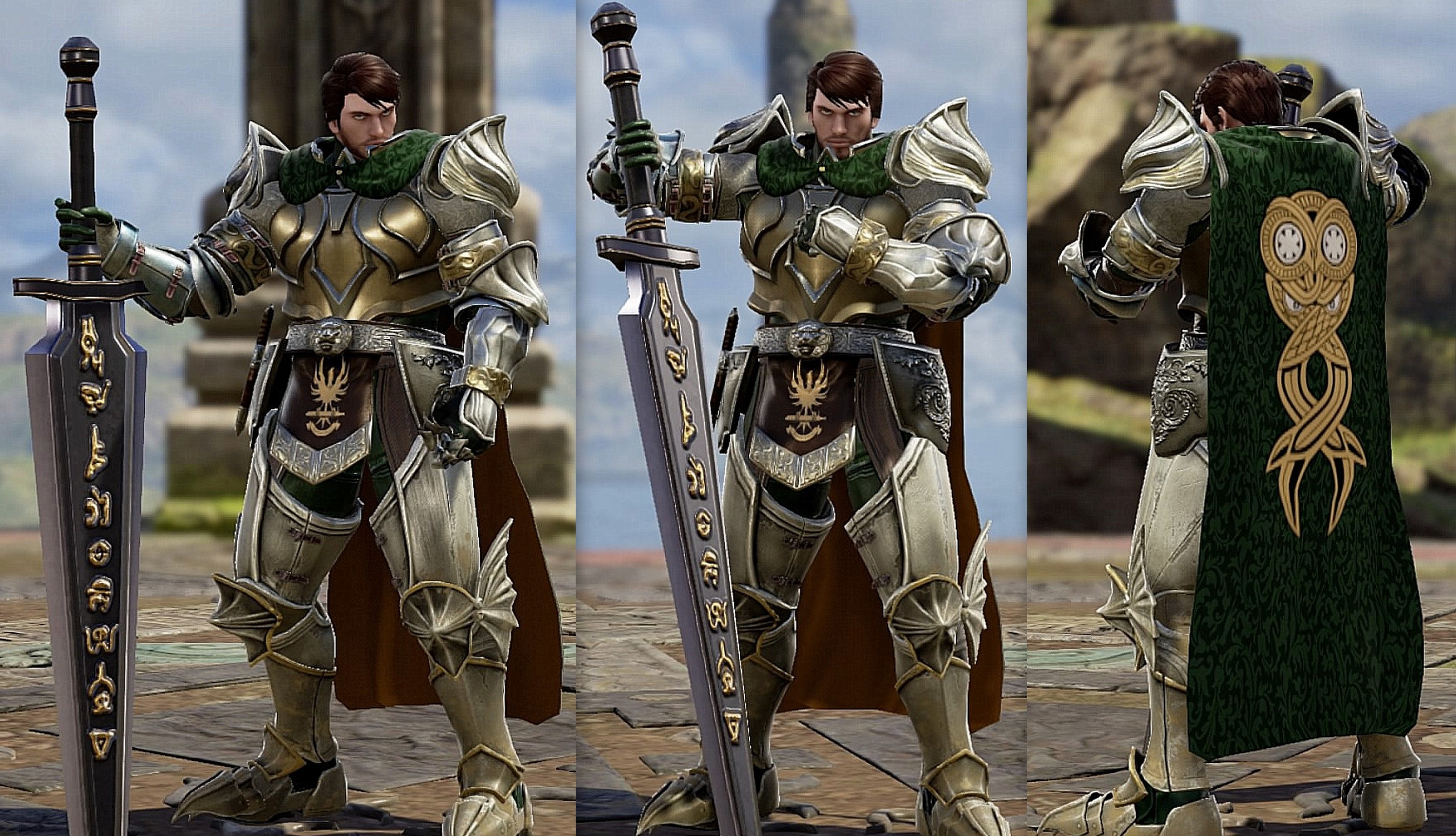 Zarvaryss was a great and an elder sorcerer of fire in a long lost town named Velvezar which it was located somewhere in Scandinavia! Zarvaryss was also the protector of civillians of this town! One day an excluded member of Aval Organization named Azwel attacked Velvezar. Zarvaryss tried to fight him in order to face his civillians but he failed, Azwel used a spell and every people of the town disappeared he told him that his fire sorcery could do nothing and disappeared into the darkness! The wounded Zarvaryss moved with difficulty to his home and there he discovered about the cursed sword SoulEdge and that the fire of this sword could help him to bring back his people and destroy Azwel. He began to collect more information about the sword and found out that the sword wielded by the Azure Knight who people called him Nightmare and he and SoulEdge are somewhere in Ostreinsburg, without second thought Zarvaryss began to pursue Nightmare with the only goal to take SoulEdge. 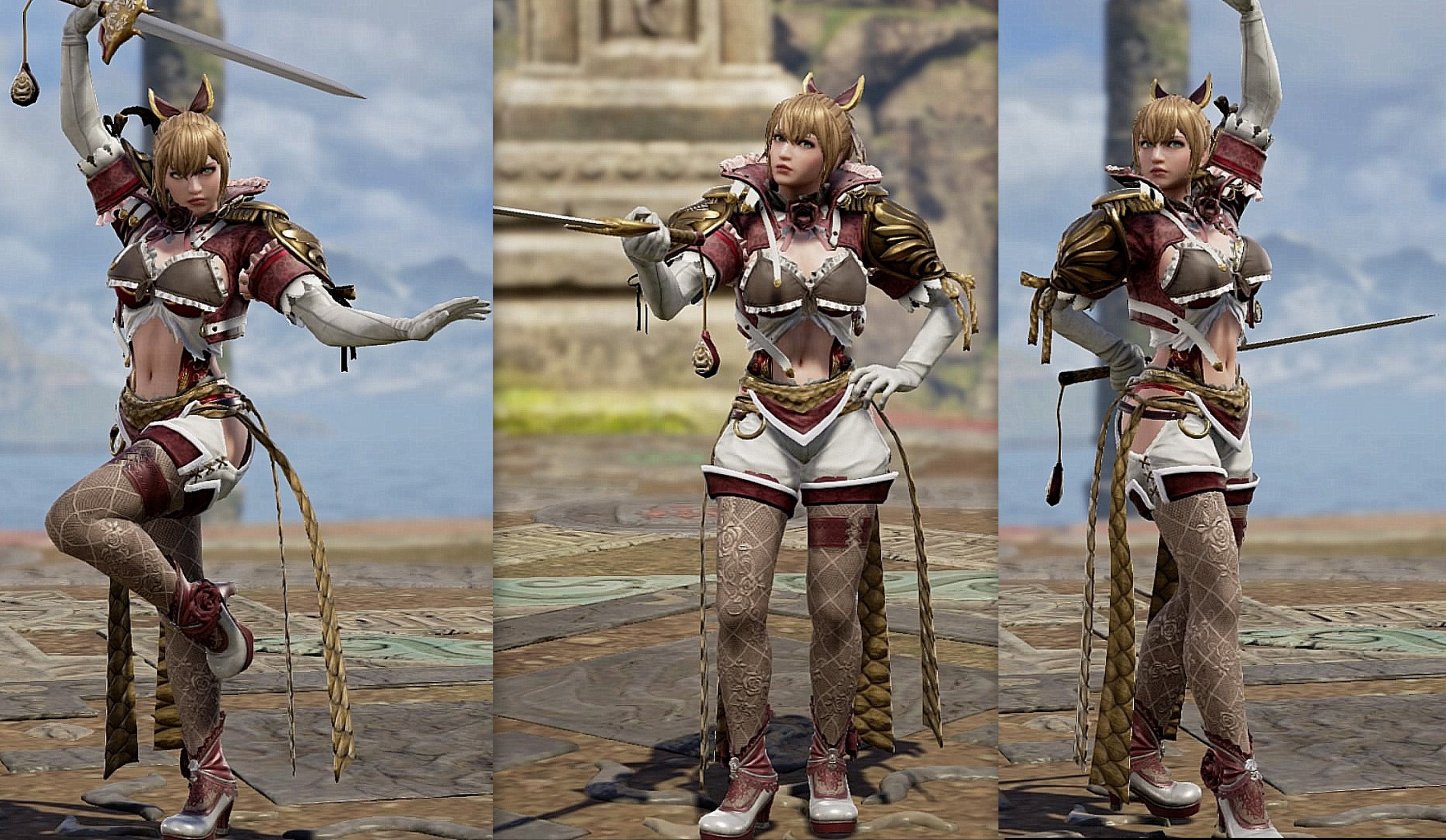 Helena was a valor young swordswoman who she was working for a great noble man named Claude de Lyon. One night something strange appeared in the sky something dark and cruel. Helena scared and she locked herself in a room downstairs of the noble man's mansion! In a few hours nothing was like before, the other members of security servises were unconscious on the floor and Helena found everyone dead, then Claude attacked her, Helena drew her sword to her master, but Claude wasn't looked like before! His skin was pale and his eyes were red, he was turned into a monster! Helena run far away. She was trying to realise what was happened. She noticed a silouete in the horizon a tall man with a dark skin covered in a white and gold clothes and with a scythe approched her! Helena trusted him and told him everything.
"I see, it is the "Evil Seed" the cursed sword SoulEdge and the Azure Knight are responsible for this, you have to find the spirit the holy sword SoulCalibur to exorcise the world and your master, then come to find me" said the man with the scythe and disappeared. Helena was determined to find SoulCalibur with every cost, but what this man was trying to fulfill?

Amazing, as always!!! I really like the fact that you took a stab at making Margaret Schtauffen (pun???). I always see people making CaS of Frederick, but never his wifey. Excellent work! :)

Such perfection as always Kostas....!!! I love Helena and Siegfried's mother Margaret and Zarvaryss catched my eye....!!!!

Spanky said:
Amazing, as always!!! I really like the fact that you took a stab at making Margaret Schtauffen (pun???). I always see people making CaS of Frederick, but never his wifey. Excellent work! :)
Click to expand...

Thank you very much @Spanky, yes I thought that we never saw Margaret and how she looks, so I tried to create her just like I imagined her!

annasoulcalibur said:
Such perfection as always Kostas....!!! I love Helena and Siegfried's mother Margaret and Zarvaryss catched my eye....!!!!
Click to expand...