This week, the SOULCALIBUR community lost one of it's legends. Marquette Yarbrough, also known as "Mick" was one of the greatest to every play the game. He had become a staple in the SOULCALIBUR community in the South. While I myself did not know Mick too well, only having met him a few times at tournaments throughout the years; I know he has touched the hearts of many throughout the entire community. One of Mick's closest friends has submitted a few words:

I have never had to write something like this before, so I’m not sure where to start. This is all going to come from the heart and with tears still outpouring from my eyes. If this ends up being incoherent rambling, forgive me.

Anyone that has played the game of SOULCALIBUR on any type of competitive level knows this name. He was a champion. He was a legend. He was a god of the game. However, he was more than just a guy good at playing a video game. He was a person. He was a friend. Most importantly, he was a brother to many.

I met Mick when I started playing SOULCALIBUR 2 and went to my first tournament. It was in Tuscaloosa, AL. Can’t ever forget it. I was very new and very green behind the ears to the scene. I never even knew that they did tournaments for video games for the longest. I had a friend tell me that, “Mick and RTD were going to be there.” I looked at him and just asked, “Who?” I got to play Mick in casuals that day and I could tell why he was so revered. Fast forward a few months later and my same local friend and I were going to another tournament. We were going to take my vehicle and he called me up and asked if Mick could ride with us. By now I knew who he was and had watched matches of his online as best you could back then. I laugh at the ride over to where we were going, because he was passed out the entire way. We got to the location where we were being housed at and he sat there running sets with players all night and just made it look easy. I was in awe. On the way back home he stayed awake while I drove, and we just started talking about everything you could besides SOULCALIBUR. When I was dropping him off he gave me his number and told me I was good people and told me whenever I needed something to give him a call. That was in 2003. I would travel to Memphis when I could and he would teach me how to play. He took this redneck kid underneath his wing because he saw something in him. In all honesty, we played maybe about an hour when I arrived to his place and then he’d ask me if I wanted to go hit up the casinos and have a drink. He enjoyed competing, but he also enjoyed going out with people and having a good time. He introduced me to not only fellow SC players over the years, but to his own family back home. Whenever he went off to a tournament I couldn’t attend, he’d always call me before and after the tournament to let me know what was up.

I’m not going to bore you all with every moment we had together because that’s not why you’re reading this. My point is the deep down, Mick was a good, loving person. He cared for people. He’d go out of his way to make sure you were taken care of. When it came to a competitive level, if he got eliminated from a tournament, he’d go and coach the people he wanted to see succeed. The confidence this man displayed when playing and talking to people was something I never saw before. He never thought he was going to lose a set. He was always going to make it look easy. And if you did beat him, he’d simply say, “I’ma have something for their ass next time.” Haha. He always stayed hungry. I always told him that I wish I had even half of the “Mick Factor.” He’d beat my ass so many times and for other players, they may get tired of that real quick. Not Mick. He wanted to teach people about the game and to make them better. He wanted to see the community grow and be strong.

The past couple of days have been hard on all of us that knew Mick either because of SC or on more than just a competitive level. All the stories and kind words I’ve read over social media really shows you just how many lives this human being has touched. I can’t put it into words how much it hurts right now for not only myself, but for countless others. It’s like a bad dream we can’t wake up from. Right now, we all will grieve. But Mick, he wouldn’t want us to stay down. He wouldn’t want our fire to die out. He would want all of our Souls to burn bright. He would want us to overcome whatever obstacle we have in our lives.

So I challenge you all with this… let us strive to be a better community and better people to each other. Life is way too short and even much more precious than to let hate and evil dictate it. Continue sharing your stories about Mick and celebrate the time that he was on this earth. And when the day comes that we can all get together for an event again, let’s compete, talk shit to each other in tournament, get hype, and afterwards, let’s go out and have a good time like brothers and sisters. Mick would want that for us.

In closing, all that’s left to say is, Marquette Yarborough aka Mick aka My Brotha From Another Motha… rest easy. Keep the 2P side warmed up and waiting for when the day comes that I can see you again, because I got next.

I love and miss you, good sir.


Now he sits back behind the scenes and runs 8WAYRUN.
YouTube | Twitter | Twitch | XenForo | Scoreboard Assistant​
Jaxel, thank you for sharing this. I'm sorry to learn of Mick's loss. He sounds like he brought a lot of positive energy to the competitive scene. RIP
Very sad news, i never met him, but he was one of us, and a good one from what i read. Sounds like someone i'd like to have a ton of matches with on the other side.
I pray for his family and hope for justice.
Rest in peace.
R.I.P. Mick.
RIP Mick, thank you for your contributions to the SoulCalibur community.
https://twitter.com/i/web/status/1362171925091540994
I'm very angry with the police. I just know somebody has to say "WHEN'S ENOUGH GOING TO BE ENOUGH FOR THESE POLICE OFFICERS KILLING INNOCENT PEOPLE?!!" Mick deserved a better life than this. It's too infuriating even for me to deal with. I'm sure it's not just me - I'm speaking for all of you guys that have to wake up every morning fearing them and fearing that your life's going to end. I fear a multitude of things, including the police, but it's just ridiculous having to wake up every morning feeling afraid that I'm going to be dead.
Just remembering an old video I had and something I heard in passing about how Mick would want to be remembered I put this together real quick... I'd like to dedicate this to his memory here if that's OK with everyone else. Just my way of saying goodbye to a legend I guess. To one of us.

I recently lost my mom a few weeks back. Not make this about me, but it hurts. Losing Mick? Yeah that got me to log in despite my issues in life. I'll pray for Mick's family and 8wayrunners alike. We need it.

Pocky-Yoshi said:
Dude. 2021 sucks. I may have not met Mick, but I always hear good things.

I recently lost my mom a few weeks back. Not make this about me, but it hurts. Losing Mick? Yeah that got me to log in despite my issues in life. I'll pray for Mick's family and 8wayrunners alike. We need it.
Click to expand... 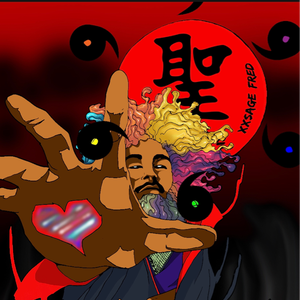