Since we often spend a lot of time making our custom characters, I would like to have the option of disabling equipment destruction. I would also like the elf ears from SCV to just be an ear choice this time. I had problems adjusting them properly in the last game.

Waltzz92 said:
Since we often spend a lot of time making our custom characters, I would like to have the option of disabling equipment destruction.
Click to expand...

Or rather, be able to choose what gets destroyed, like you could when save editing SCV.

As I said in the general discussion thread, I'd just like to see everything that the system is capable of giving us, given to us, rather than having to save edit. Stop restricting what voices we can use, what styles we can use, and what weapons we can use.
Seperate the equipment into the actual pieces it's comprised of, and let us equip things individually to these slots. Call it "advanced options" if it's deemed too complex, but give us everything you can. 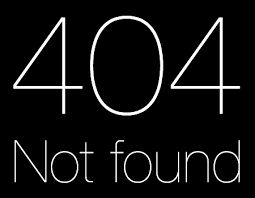 Same as I've had in the past.

Let us change human ears to elf years? Or have mutated arms like Oprah? Or maybe a robotic arm like Yoshimitsu? Hell, why not let us create our own lizardmen and golems? Give us the voice options for our character to be completely silent, or give hisses/roars. Let us set our eyes to glow like Nightmare.

SCV tied facial hair to the face options, well no longer! SCVI should have a separate facial hair editor, complete with mustaches, beards, and goatees of every type. No more using tails or other objects to improvise a mustache!

Speaking of which, having to choose between a pre-set number of faces with no other options has to go. Every game with customization nowadays has an in-depth face editor, time for SC to join the club.

With the power of current gen, our creations shouldn't be limited to just 50 slots. I would like at least 300, so our creativity can flow.

One of the things that bugs me the most is that LS has a ton of equipment that SCV doesn't have (even if a lot of them are barely-there slut costumes). Make sure to have more equipment in SCVI so we aren't limited without DLC like in SCV. Also, have everyone's costume be available has equipment without DLC, though it should be made an unlockable. Also, more anachronistic clothing too.

Heck. I would buy two copies of the game for this reason alone.

This is vey possibly going to be my longest post ever, here goes...
I'll try to rank what I'd like to see from the most significant to the least.

Material editing -
What I mean by this? In SCV's creation, you can notice that different equipment is made of different materials, and as a result of that some parts will look shiny while others matte, and very annoyingly, some materials will be darker by default, and you'll be unable to match the colours. Well, the solution to this could be quite easy, I've already seen it in a different game. In that game's character creation, you can change the main colour, reflection colour, reflection intensity, and material smoothness. It's absolutely perfect, and I really really want to see something at least similiar in SCVI.

More advanced body and equipment adjustments -
So we all know that the body and face adjustments are rather basic in SCV, so that obviously could be improved. What I don't see discussed that often however is adjusting eqipment. By that I mean being able to select parts of the whole piece, without having to use belts and gauntlets, etc. to "cut it off", and being able to adjust the equipment's "tightness", without, again, having to put another piece on top of it. Also being able to change details like buttons being undone, sleeves being out or tucked in, etc. would be cool. And while I'm at "putting another equipment on top", let us adjust the scale of top equipment, head equipment, etc. to actually fit the character and not float, for god's sake! So many pieces that look good are ruined, because they float a finger's length above whatever they're supposed to be on.

More equipment, and less or no conflicts -
Right, so the first part of that is obvious - the more stuff the merrier, just don't cheap out on it. The second one is not very likely, but as I already said in the SC6 discussion, I'd rather be able to put any pieces together with the chance of them clipping, than having the game tell me that it would. And this problem could be resolved by being able to select just parts of the equipment, or being able to adjust it.

And last - Don't remove anything we already had!

garjian said:
Or rather, be able to choose what gets destroyed, like you could when save editing SCV.

As I said in the general discussion thread, I'd just like to see everything that the system is capable of giving us, given to us, rather than having to save edit. Stop restricting what voices we can use, what styles we can use, and what weapons we can use.
Seperate the equipment into the actual pieces it's comprised of, and let us equip things individually to these slots. Call it "advanced options" if it's deemed too complex, but give us everything you can.
Click to expand...

And like you said, let us actually do what the system is capable of, without us having to mod the friggin game/save data to get those features. Heck, my idea of adjusting equipment is pretty much what you can do by modding SCV, so if it's possible, why not just integrate it to the character creation mode?

I hope it will have long hair choices. Also I hope it's a flexible/modular system so I can change shoes, gloves etc separately. Lack of these really disappointed me in Tekken 7

The only things I can ask for are:

- equipment that actually fits/is tailored to the characters body instead of weirdly floating around it looking bulky af
- asymmetry . like maybe you want only one side of an armor piece or hairstyle

Better voice lines. Give us things that are more interesting than the typical and kinda cringy "Let's fight!" lines that were in SC5.

Oh, and speaking of voices... Can we please have less variation between the Japanese and English CAS voices? It really bugs me how in SC5 there were so many voices that sounded drastically different in Japanese than in English, which made pitch/tone manipulation really weird when changing languages. The female 'Cynical' voice was an exceptionally bad offender, ugh.

I'm really happy with how SC5 customization turned out so if we could keep everything except a few changes maybe and some stuff to add i'd choose:

I can probably come up with more stuff but not at this moment.
Last edited: Dec 17, 2017

If anything I’d still like to have the option to recolour the main casts costumes, and maybe add some more diversity in the choice of shaders.

I was happy to see a couple of my favorite equipment pieces from SC3 return in SC5, but it was only a couple and I really would've liked a lot more to make a comeback.
Speaking of SC3, The way equipment was divided up was perfect. The torso had undergarments, shirts/dresses/robes, and jackets/armor and the legs had undergarments, pants/skirts, and belts/tassets/etc. I'd very much like if they divided that up the same way, especially with the undergarments. It was kind of annoying that you had to choose between an undershirt and leggings.
Of course, as has been mentioned, they really need to do away with conflicting equipment. That does nothing but limit what we can do.
Also, it would be nice to not have the hairstyles be genderlocked, honestly.
And a wider variety of voices would be nice. Particularly with female characters. It bothered me that you can make a female character look old, but you couldn't make her sound old. Also, the pitch modifier of SC4 worked just fine, so going back to that would be preferable.

Scrap the whole thing entirely, nobody used it anyways.
Can you imagine me saying that?


HogisGuy said:
MORE CUSTOM LOVE FOR DAMPIERRE. No one gets left behind!
Click to expand...

Honestly though, give us more of the interesting looking stuff. Sure there're many talented folks out there making hella-awesome stuff with some of the more vanilla pieces but, be nice to have a more extensive catalogue of less-generic pieces, especially hairstyles, to play with.

Oh and skeletons again. Boy I love me some skeletons.

Voiced lines customization. Have each CaS voice actor read the same lines, then let the player selectively choose which lines their character will speak in their intro/outro dialogue. Maybe even in-battle chatter if they can do it neatly. This system would also let a player be silent, or use hissing sounds or whatever.

This would help better characterize our creations. Maybe I want someone with a bit of a gruff voice, but not lines like, "I will kill you slowly!" or the like.

I agree with what everyone else is saying as well.

As for resizing equipment, they could use the same system as special items in IV, but to a slightly more limited degree, so you aren't fighting someone who has a full suit of armor hovering next to them instead of on them. Just enough degrees of movement/scaling to manually fix the floating issues, and make everything look tighter.

Material editing was mentioned. I find that to be an easily missed but important detail. Being able to adjust that would really help in reducing clashing metal, cloth, or leather types, and make matching colors much easier.
S

Soulcalibur 6 will be released soon and I think some new ideas will not be used now. But I have some ideas for future Soulcalibur version.

2. SC5 Just guard: Very good. You have more frame advantage and you can punish your opponent. It makes defensive style more dynamic, it is not the same as early version

4. SC5 Guaranted combo too long: Very bad. When I watched SC 5 combo, I feel it similar to Tekken combo, and most of other Fighting games. 1 player attack and other player just see, and can't do anything. If you are new player, maybe you can feel exiting but after 3,4 month you will feel boring each time you see that combo again. I think this is a big mistake of SC 5.
A success versus game is game can attract: 1. attacker, 2. defender and 3. viewer

5. SC4 Stun escape: example 2K,B Mitsu. You can just ukemi after B to escape combo. I think stun like move 66A+B (Sophitia cause) should have just ukemi enable. And other stun still can escape (example: you use your energy)

B. Some ideas to improve character:
1. Rock (Strength, throw):
- Attack: Rock moves should have Guard break enable when Soul charge or delay
- Defend: Rock should have Throw escape of Apprentice, because Rock is throw master.
- Combo: escape Rock throw when you on ground is too easy. Rock should have Just Input throw to make throw escape more difficult

3. Buff Raphael, Talim
- I think seeing these 2 char fight other char is attractive. These style is unique in most of fighting game.
- Raphael auto evade should have more advantage and more easier. Raphael auto evade can interrupt string (just input enable or something)

3. Save replay (and you can sell replay)