Norik said:
So this confirms there will be a Day 1 patch with things we've not yet seen (?!).

The video's claim is also interesting considering we've seen Azwel gameplay already. How substantial could the changes be?
Click to expand...

Soul Knight said:
good. I hope she makes it. if nothing else, would love to see her SCVI artwork.
Click to expand...

STILL waitin on my girl Cass! If the DLC roster hasnt been revealed by the games release I hope I get a tease in that 120 pg. artbook.

Umbra4life said:
Dead or Alive also had a full cast without missing favorites, soooo... not comparable.
Click to expand...

The vanilla version of 5 didn’t. Soooo what was the argument here?

what page will this get to at launch?

HackNslash said:
Dude I’ve read a couple of pages in now and it’s forced me to throw some cold water on your negativity.

They are trying to pull the game out of a very bad place and I think they’re doing a great job!

It’s not perfect but considering what they were left with from 5 let’s not throw the sink at them for not getting EVERYTHING right.
I hate reversal edge but I’m still willing to get to grips with it because I’m obsessed with this franchise.
I think Cassandra has potential to be way more interesting than Sophitia, and I miss Setsuka.

It’s been 6 years we’re lucky to even be getting it.

Yeah not getting what you want sucks but don’t hit the team so hard, after all it’s not you doing it.

We’re all starving for this game, don’t get caught up about what you think it should taste like before you’ve actually eaten it.
Click to expand...

Too true, everyone is too god damn negative 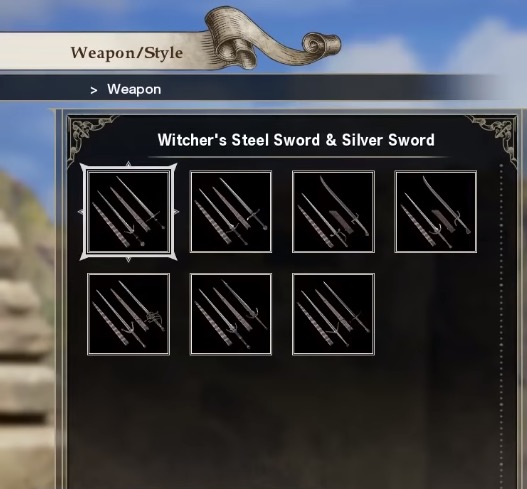 PSY said:
what page will this get to at launch?

i hope that's a joke

Autumn said:
Here's something interesting in regards to the current build of the game. The video should be timestamped, if not then skip to the 27 minute mark:
Apparently Azwel is "too strong" in this build and will be changed upon the game's release. I wonder if they're talking about a Day-1 patch or a different build than the one we've been seeing?
Click to expand...

Too strong how? We've only seen like 2 videos of him and one was against a CPU. I can't imagine what would be considered patch worthy other than his low health CE.

or you haven't been paying attention to the traffic around here the past 30 days lol
Click to expand...

I personally just want it to be the 19th so the last few pages of traffic with Real Housewives drama can disappear.

PSY said:
what page will this get to at launch?

Umbra4life said:
Dead or Alive also had a full cast without missing favorites, soooo... not comparable.
Click to expand...

DoA has favorites, i thought they were all the same

EvangelioN said:
If this is the kind of discussion you guys are having for SC6 I am so happy I wasnt here when they were making SC5.This website must have been like hell back then
Click to expand...

Good thing you didn't see the reveal of Algol, Edge Master, and Devil Jin at that time. That effectively killed the hype. And the Kilik leak didn't help either


This is where I first heard about him...

Uhh what kind of event is this exactly? Who are those people? Sorry for my ignorance
P

or you haven't been paying attention to the traffic around here the past 30 days lol
Click to expand...

Its not. Traffic has slowed a bit. We get about 3 to 5 pages a day.

I was just watching some footages i recorded on the console, omg need this game ASAP


SomeRandomHuman said:
Most probably not, as all other games on PS4 don't have a cross-play... except for fortnite.
It's 100% won't be a thing at launch, but with fortnite precedent being here we can hope for it being implemented in the future.
Click to expand...

I think Rocket league too has crossplay. i think crossplay woul be do great for SC6.

For as much shit people gave SC4 (myself included), it arguably had the best roster. Excluding the StarWars characters, it had 24 returning characters, two newcomers, no mimics, clones were restricted to bonus characters, and a healthy male to female ratio. That and no vets were locked behind dlc. I was really hoping SC6 would follow this example
Last edited: Oct 3, 2018

suuusuuu said:
Uhh what kind of event is this exactly? Who are those people?
Click to expand...

Join IGN for a live taping of Esports Showdown in NYC, Presented by Overlord!
Two gamers will face-off and compete in an Early Access Soulcalibur 6 Live Stream:
CashNasty plays NBA2K and Madden. He is part of 2Hype - a group of YouTubers who reach more than 9m subscribers.
Troydan has grown his audience to over 2.5m subscribers since posting his first gaming video in 2014!
These gamers will battle alongside IRL professional fighters:
UFC Stars Demetrious "Mighty Mouse" Johnson, Quentin "Rampage" Jackson, Jens Pulver, and MMA fighter Angela "Overkill" Hill will battle it out on the soon to be released SoulCalibur VI, hosted by Greg Miller and Alex Mendez.
Click to expand...