No wonder we got the wolf stage, and wilhelm too. Z.W.E.I confirmed?! I know people hate him for some reason but i enjoyed playing around with him tons in 5.
L

Klimat said:
So Wilhelm = Z.W.E.I. is basically confirmed, right? Also an edge lord, similar face, similar armor, wolf connections and he leaves to travel places in the end of the story, which makes him a potential travel companion to Amy.
Click to expand...

...But not the same voice! I don't hear Matt mercer or Kenta miyake in the voice

leesdeeds said:
...But not the same voice! I don't hear Matt mercer or Kenta miyake in the voice
Click to expand...

Is it Yuri Lowenthal trying to have a low voice? Or maybe Chris Hackney? He sounds similar to dimitri from three houses.

FluffyQuack said:
I only have one thing to say about Hilde's story mode.


Hilde is the daughter of King George. Wilhelm is the son of King George's brother. And they get engaged? I know it's the medieval times and all, but no no no no.
Click to expand...

I thought no one was going to break the ice, I didn't want be the salty Amy main who would mention it just because she was another red haired character.


Klimat said:
So Wilhelm = Z.W.E.I. is basically confirmed, right? Also an edge lord, similar face, similar armor, wolf connections and he leaves to travel places in the end of the story, which makes him a potential travel companion to Amy.
Click to expand...

It for sure made me think twice about Zwei being Groh. If Wilhelm is Zwei I'd go crazy, makes me like him even more, also red haired male which I've been wanting quite badly. It makes me wonder however, it somewhat seems it would be awkward if Amy and Wilhelm hang out and then they hang out again as their new identity if that's the scenario they plan on taking. Perhaps not. But regardless of if he's Zwei or not I really like Wilhelm despite his love for... Hilde in that fashion...

While it seems possible that Wilhelm could possibly be Z.W.E.I., I don't think I'm convinced, not yet. He has the same problems that Grøh does in not sharing voice actors in either English or Japanese, and we don't know his vitals, but if we did, I have doubts that they would line up with Z.W.E.I. -- I think they're giving us false leads on purpose, at this point, to throw us off the scent.

I did enjoy the Johan Dürer cameo, though, and for the record, I did smirk. Interesting to see him and George both fight, which to me confirms that neither of them were intended to be playable, so... smirk awarded for confirming Dürer will continue not being playable forever, probably. Weird that they had him use Mitsurugi's two-handed sword rather than Nightmare's style like he did in SoulCalibur IV, but I guess it works either way. I was a little let down that Hilde's last weapon wasn't like, George's personal weapons, the backstory for them didn't lend itself to his using them at all, but I guess maybe that would have been expecting too much.

Not seeing Wilhelm fight, though by context clues, he would have just been using Hilde's style anyway, before his left arm was injured, anyway. It kind of implied that he lost the arm, but later he said he wouldn't be of any use to the army until his arm got better, so I guess it was just injured. Not sure what some of the parallels drawn with Z.W.E.I. are with regards to the arm. It's not like Z.W.E.I.'s left arm is debilitated or anything, he just uses his sword with the right arm.

I do find it a bit contradictory and perhaps hypocritical to believe that Wilhelm is Z.W.E.I. for the same kinds of reasons that I believe Grøh is Z.W.E.I. -- but the problem Wilhelm has is that his upbringing absolutely is not a sequestered monastery away from the general populace, while the Aval Organization could still be described as such, on a side mention. As for now, I'm saying neither Wilhelm nor Grøh may end up being Z.W.E.I., but they could, but there isn't enough evidence for sure one way or the other.

I did enjoy getting to see more of Grøh and Curtis, however! Not as much interaction as I'd hoped between Grøh and Hilde after their friendly battle banter, but I am intrigued if they will have future dealings together.

Hilde has a lot of stuff that suits Maelys, but there are some weird errors. I settled for this one (rip dress for princess raised as nun) but still, what? 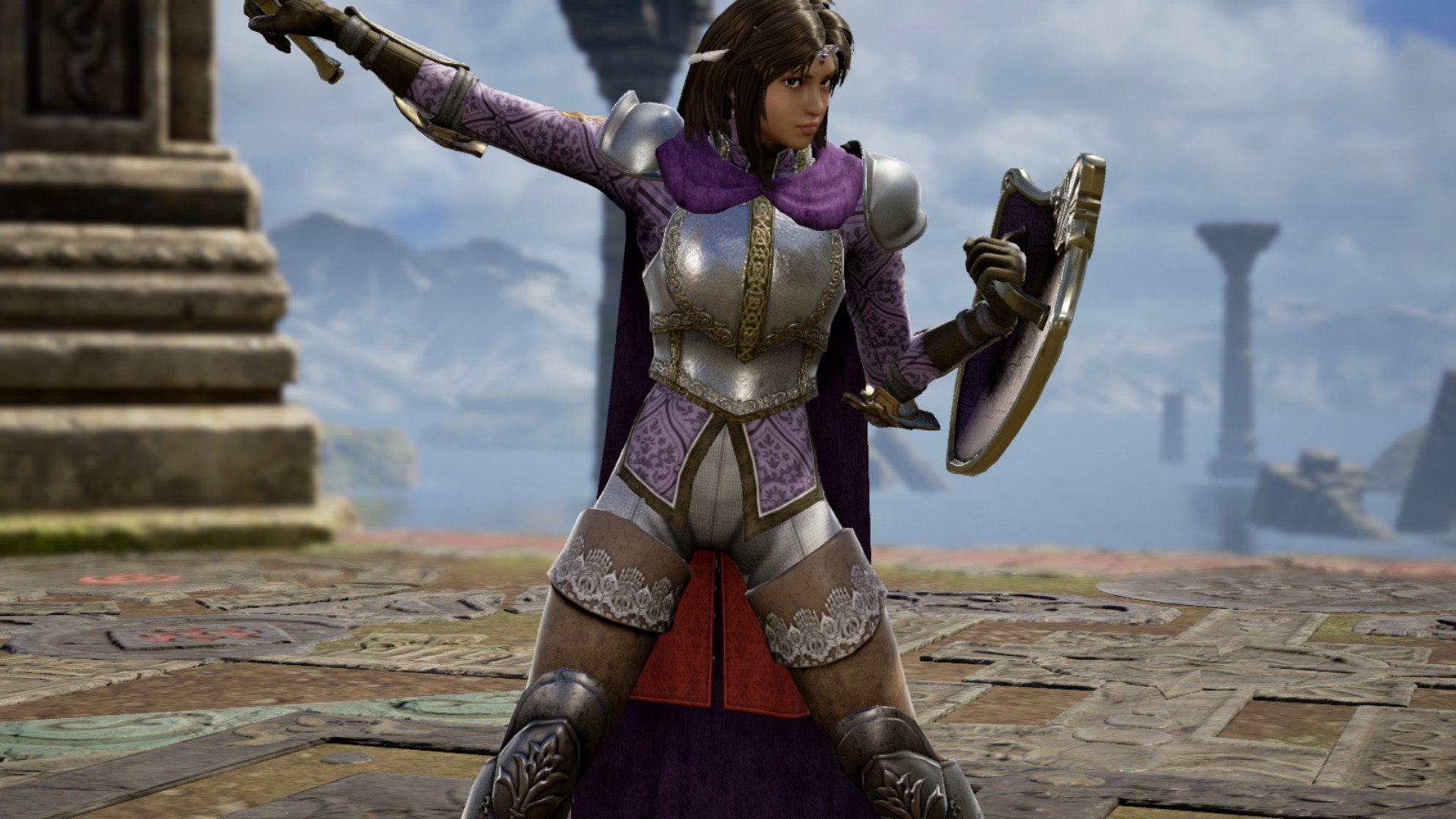 ...No. This is not shameless CaS sharing here.

Is it me or does the narrator sound a bit deeper for Hilde’s story?

And do he and George have the same VA?

And it feels jarring that the one fictional, canon kingdom feels the most traditionally medieval to me when we’ve got Greek Amazon-Paladins and noblewomen who dress like prostitutes.
Last edited: Nov 26, 2019

For those concerned, it sounds like young Wilhelm is voiced by Kyle McCarley, who voices a lot of characters in SCVI like Curtis and Rothion. When he grows up though, it sounds more like Chris Hackney. They might both be Chris, however. Also, barring Z.W.E.I. having stopped aging at some point, (which is always possible) he'd likely be still a babe at this point.

Isn't is possible that Wilhelm is Z.W.E.I.'s father or mentor if anything?

Also, Gerhilde makes me wonder if the Horus Vizard will be DLC...

I’m really impressed with the new customization parts! Hilde’s new armor is easy to modify and hide the Wolves. The pieces are individualized well. Her SC4 armor could’ve separated the arms from the chest plate. The enlightened one armor is sick! The color choice may let some people down. It’s wonderful to have a leather belt. Lizardman still got stiffed, and still no Horus Vizard!! I think I have 2 incomplete CaS as far as what should be available. But if the next CaS pack is this good it will be a wonderful season. You can even use Hilde’s Tiara for so many other things even a mask. Very happy, very happy indeed. I haven’t even played through her story yet lol 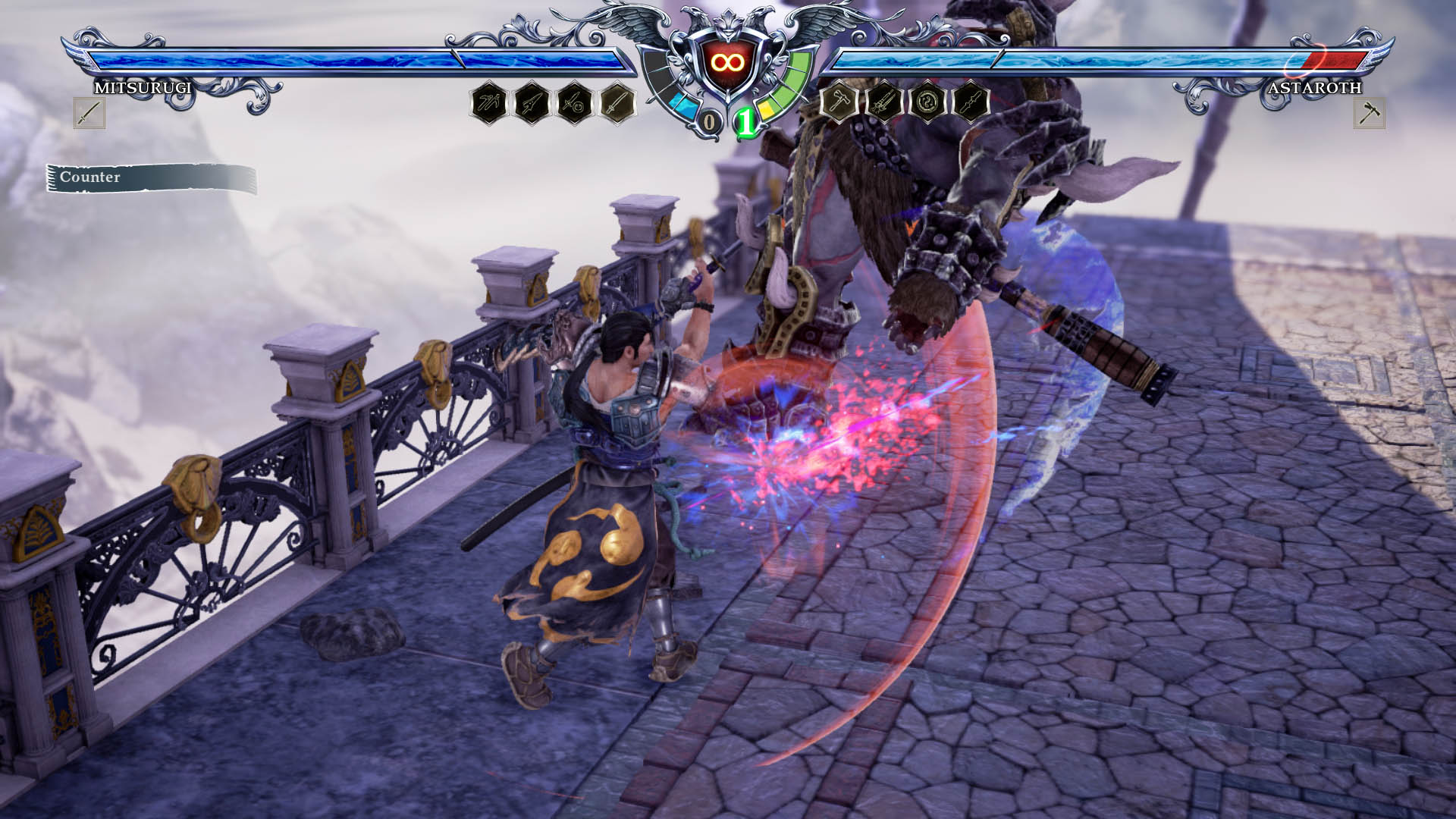 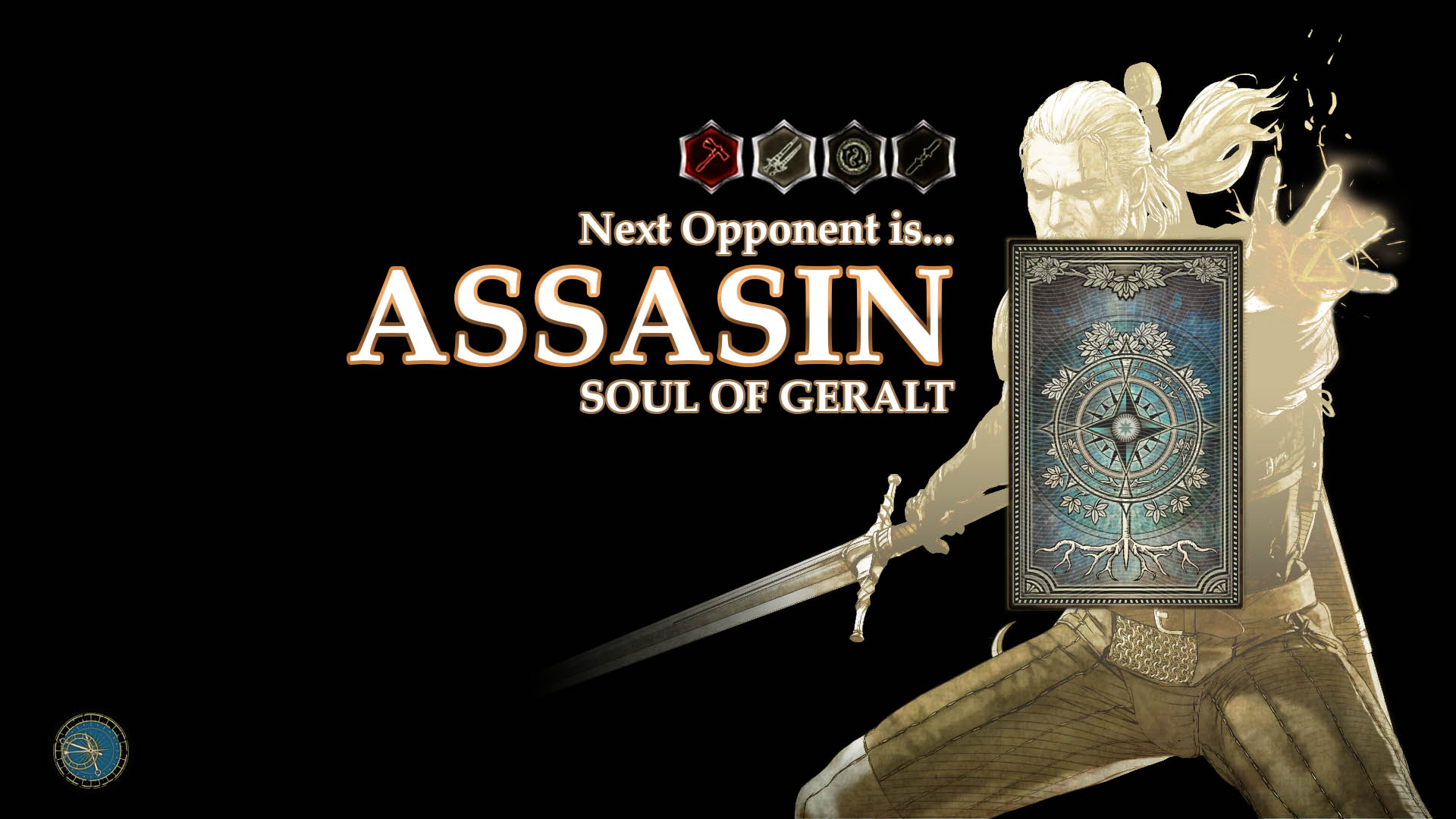 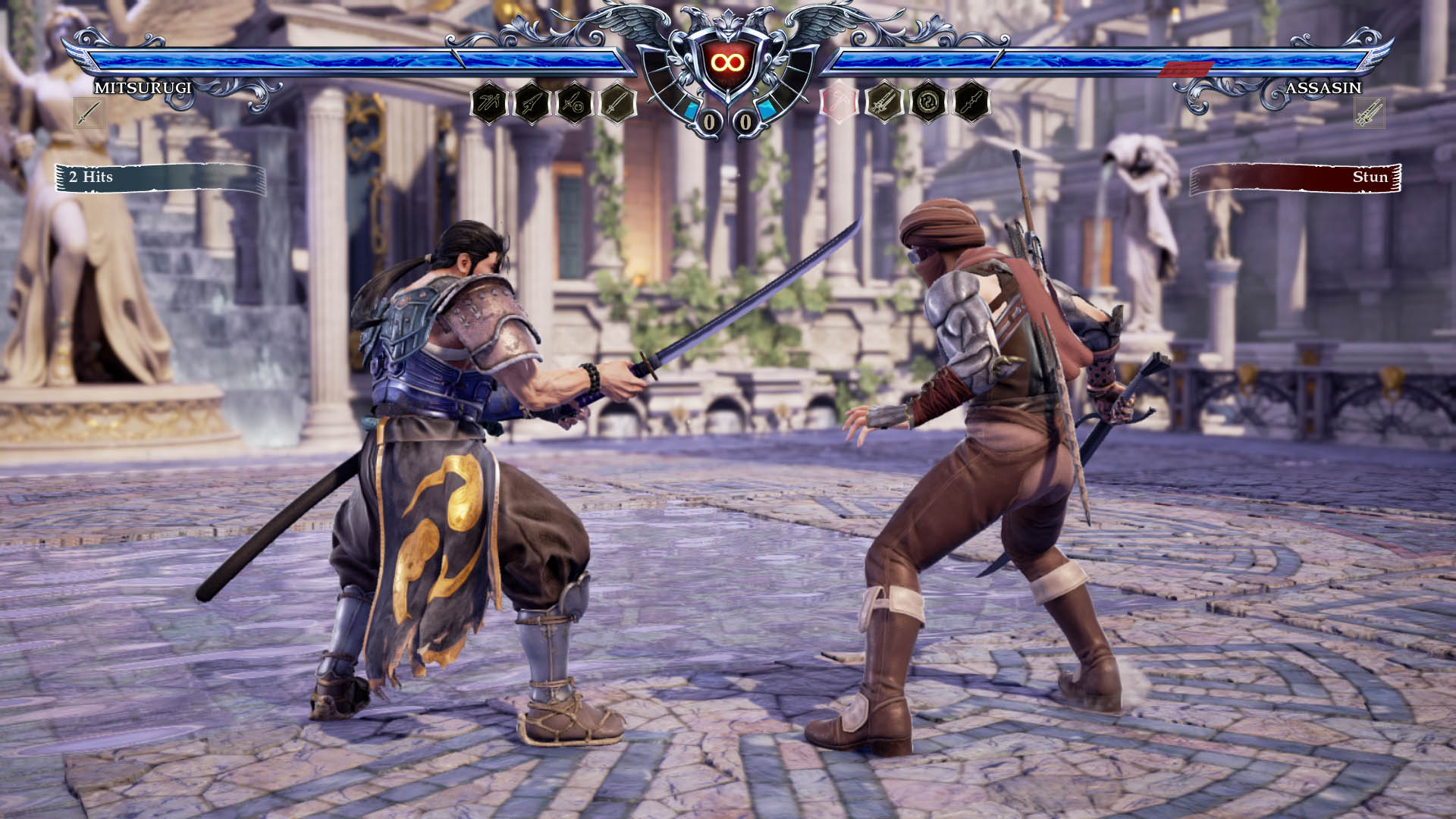 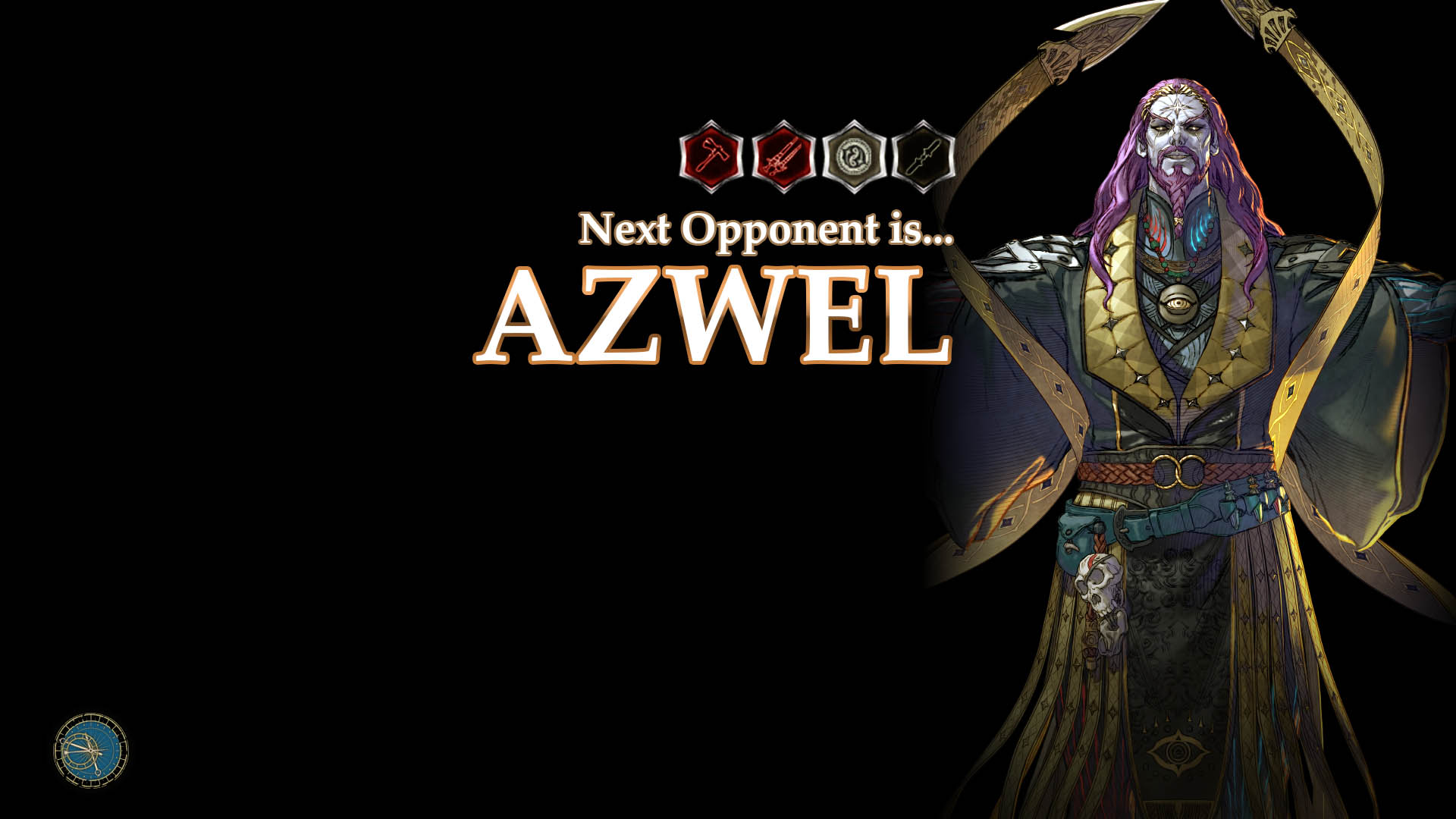 Yeah, about those loading screens:
Unlike SoulCalibur IV, SCVI does not load the following opponents very quickly. So I decided to pot in the loading screen some information about the next character.

Yeah, about those loading screens:
Unlike SoulCalibur IV, SCVI does not load the following opponents very quickly. So I decided to pot in the loading screen some information about the next character.
Click to expand...

That looks amazing. Quick, pitch this to Project Soul! lol

@masterROBOMAN How’d you learn to do GUI stuff well?

And did Dürer make a meta joke about Hilde’s gameplay? Becomes ironic when the stage has no boundaries. 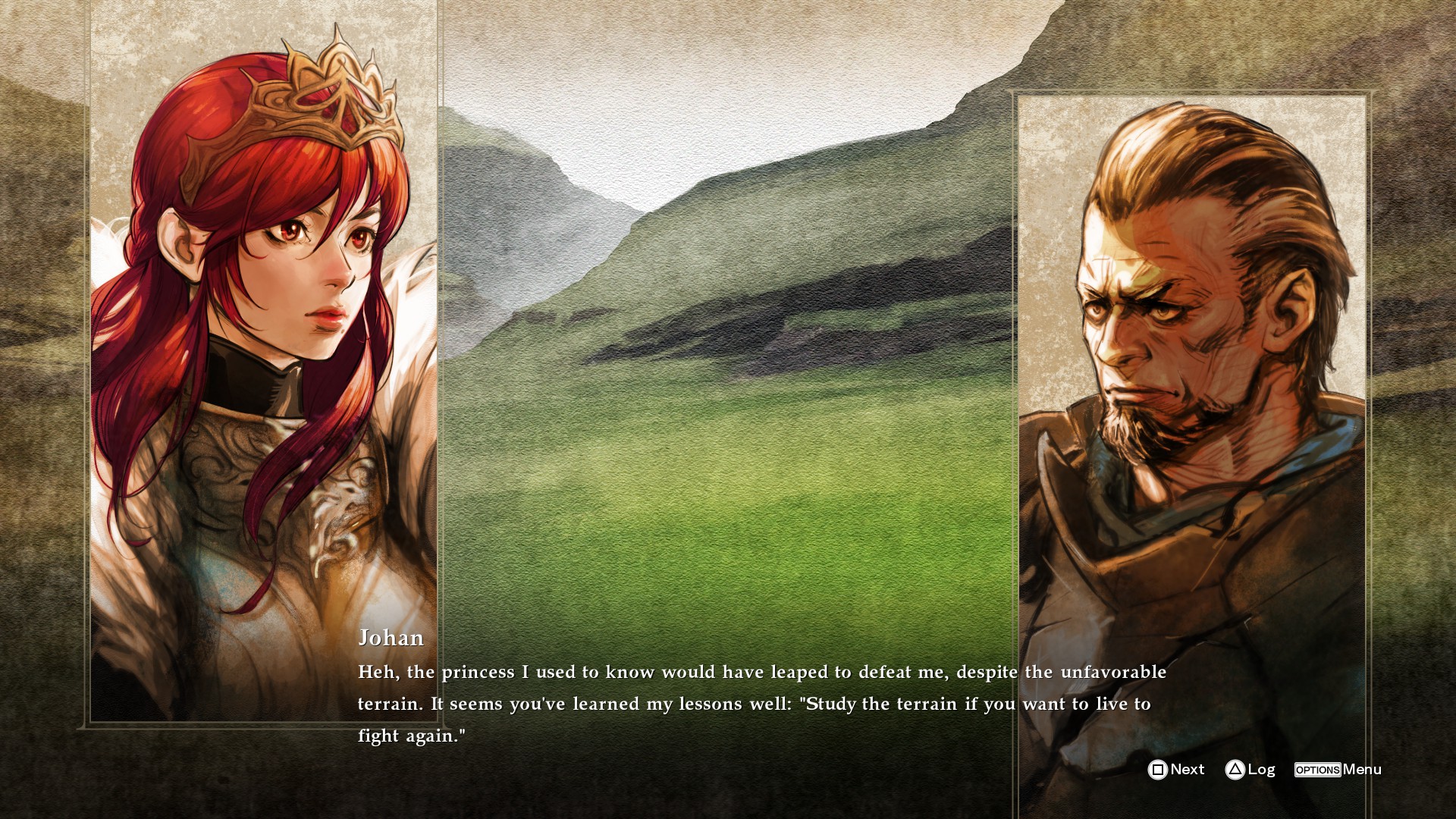 It would be nice of course, but I don’t know the contacts where to write. Twitter is not very suitable for this, I think.

And even if I wrote, they would hardly have listened to an unemployed kid from Russia, who simply has nothing to do, and he does some things things in Photoshop. Plus, they could do it all themselves. I did't do anything new or complex and tried to be relevant to the game itself.

Well, I just took assets from a game and use it to create this. However, I still graduated as a graphic designer in college and I know Photoshop and Illustrator well enough. And, to be honest, i used to love drawing some GUIs sometimes.

Btw, here's my fake dialogue screenshots! I used to make those when FluffyQuack upload Story mode assets.
(Sorry, half of them in russian. Forgot to translate it in time) 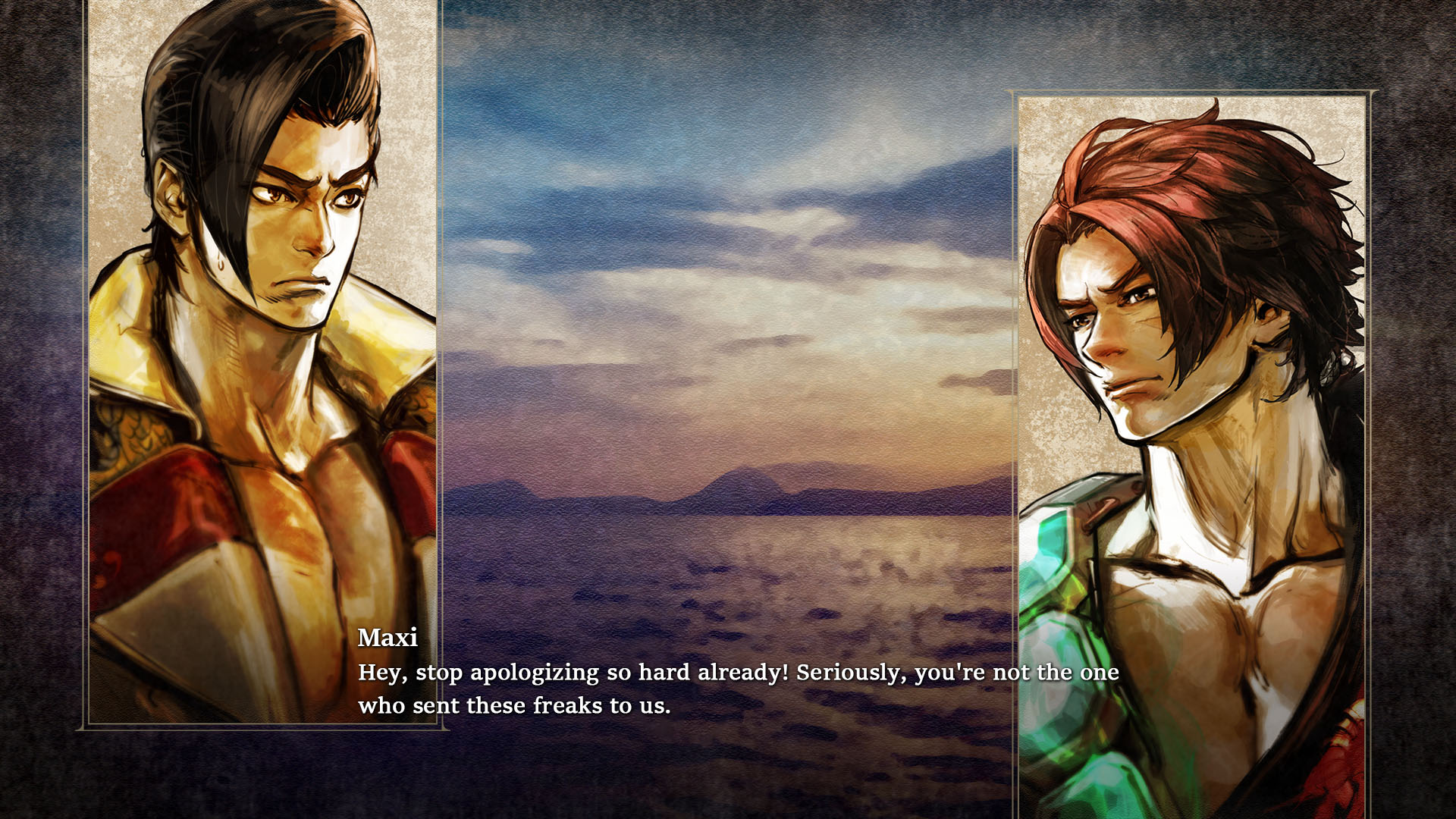 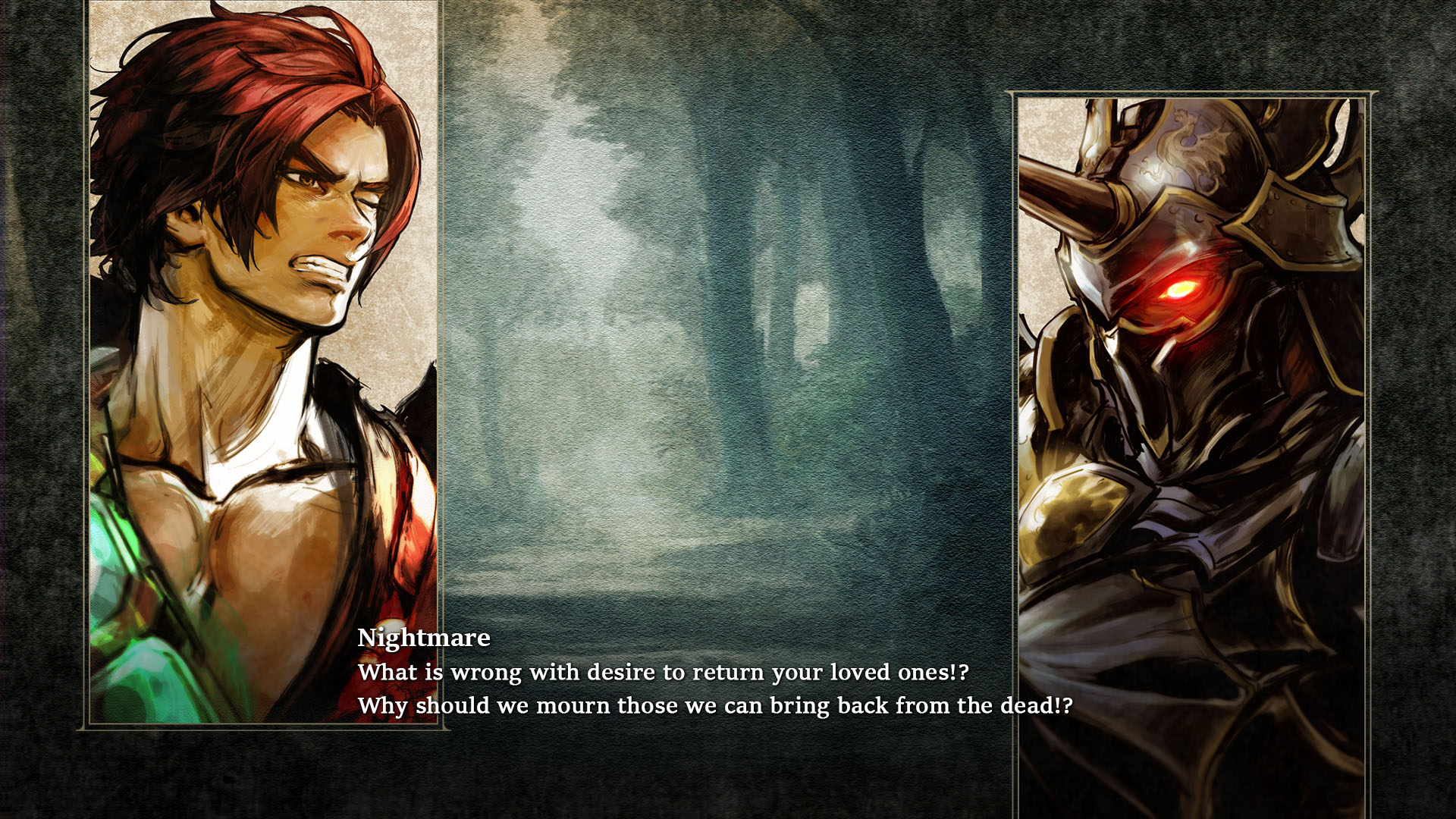 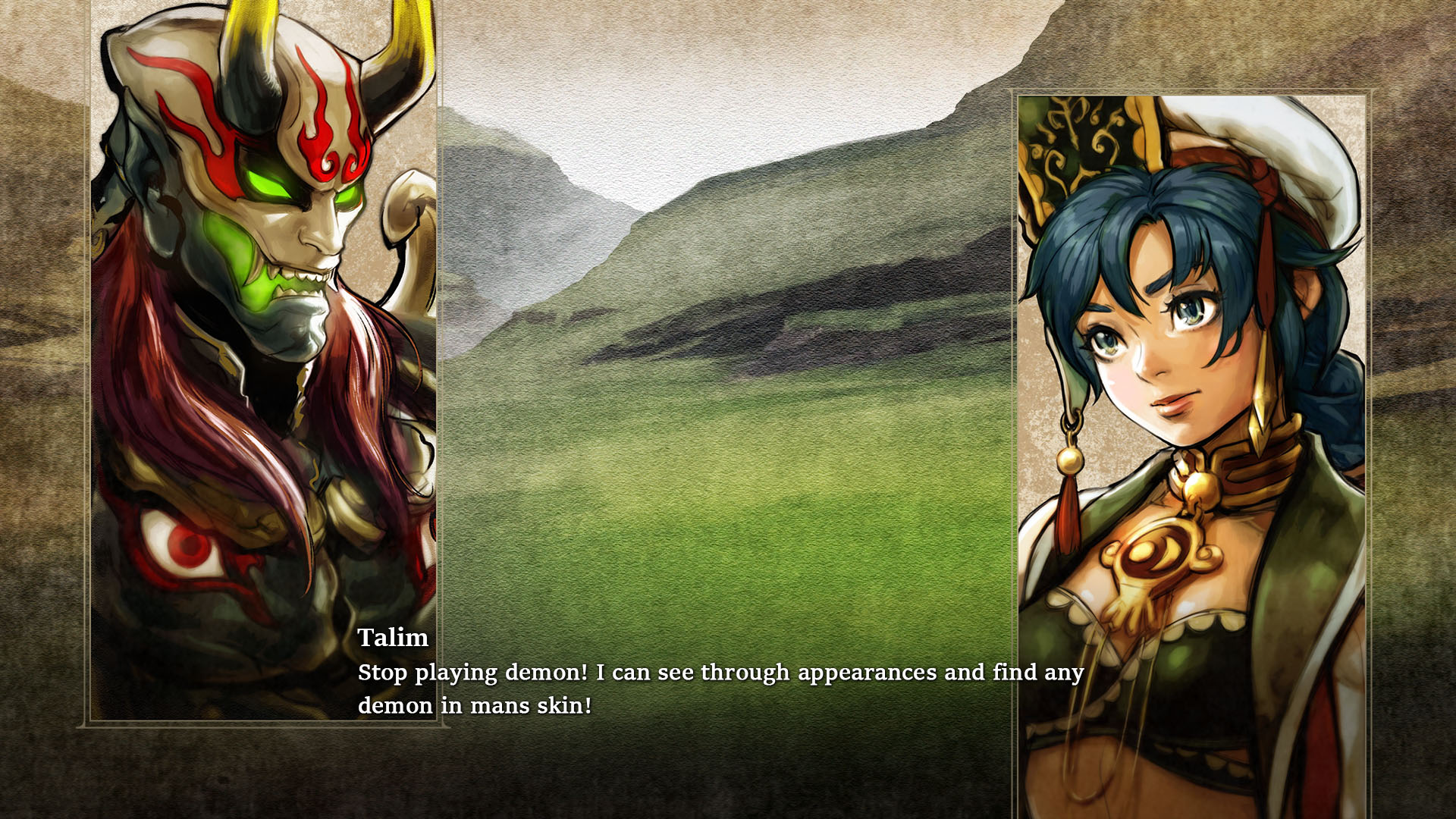 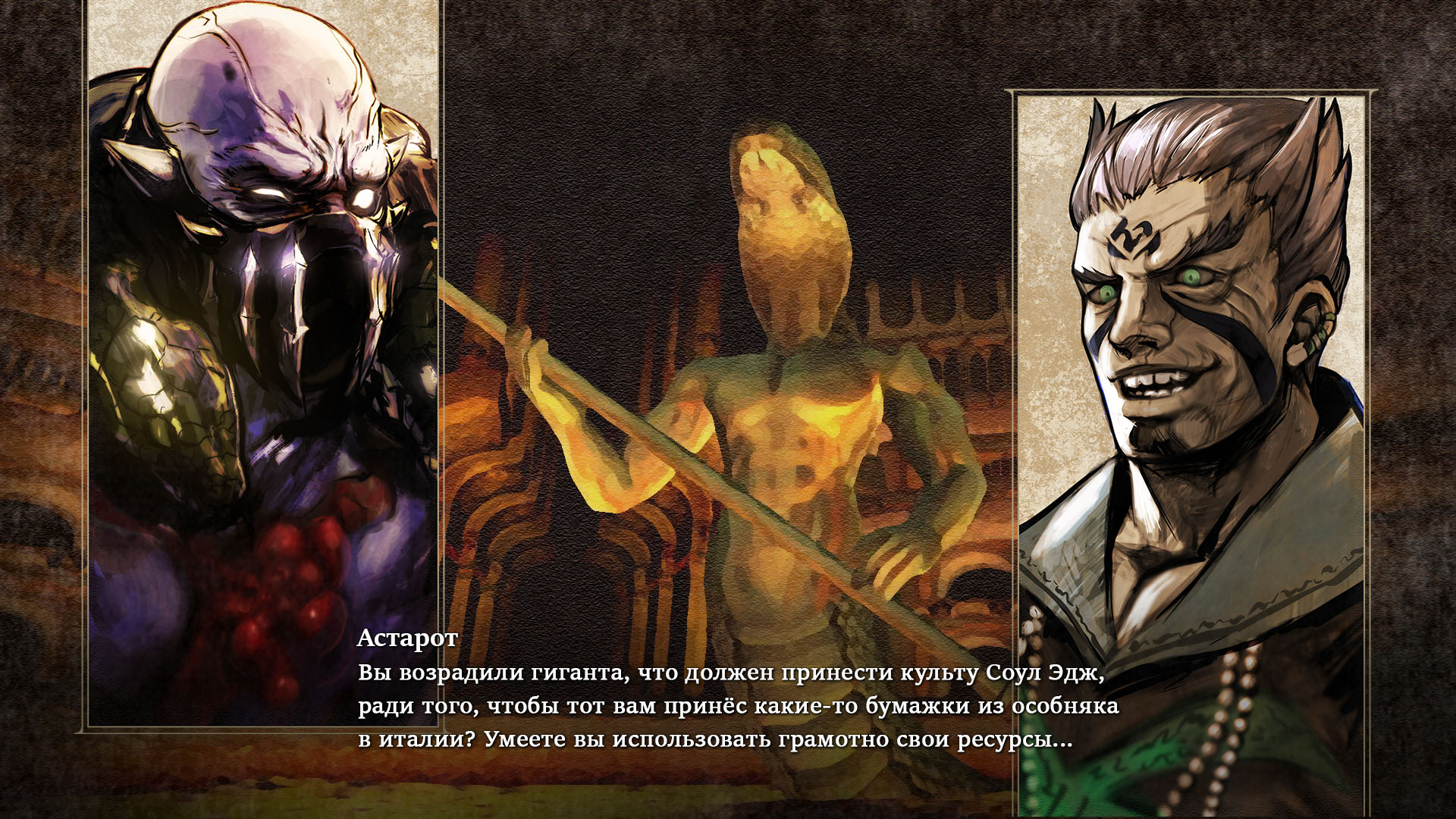 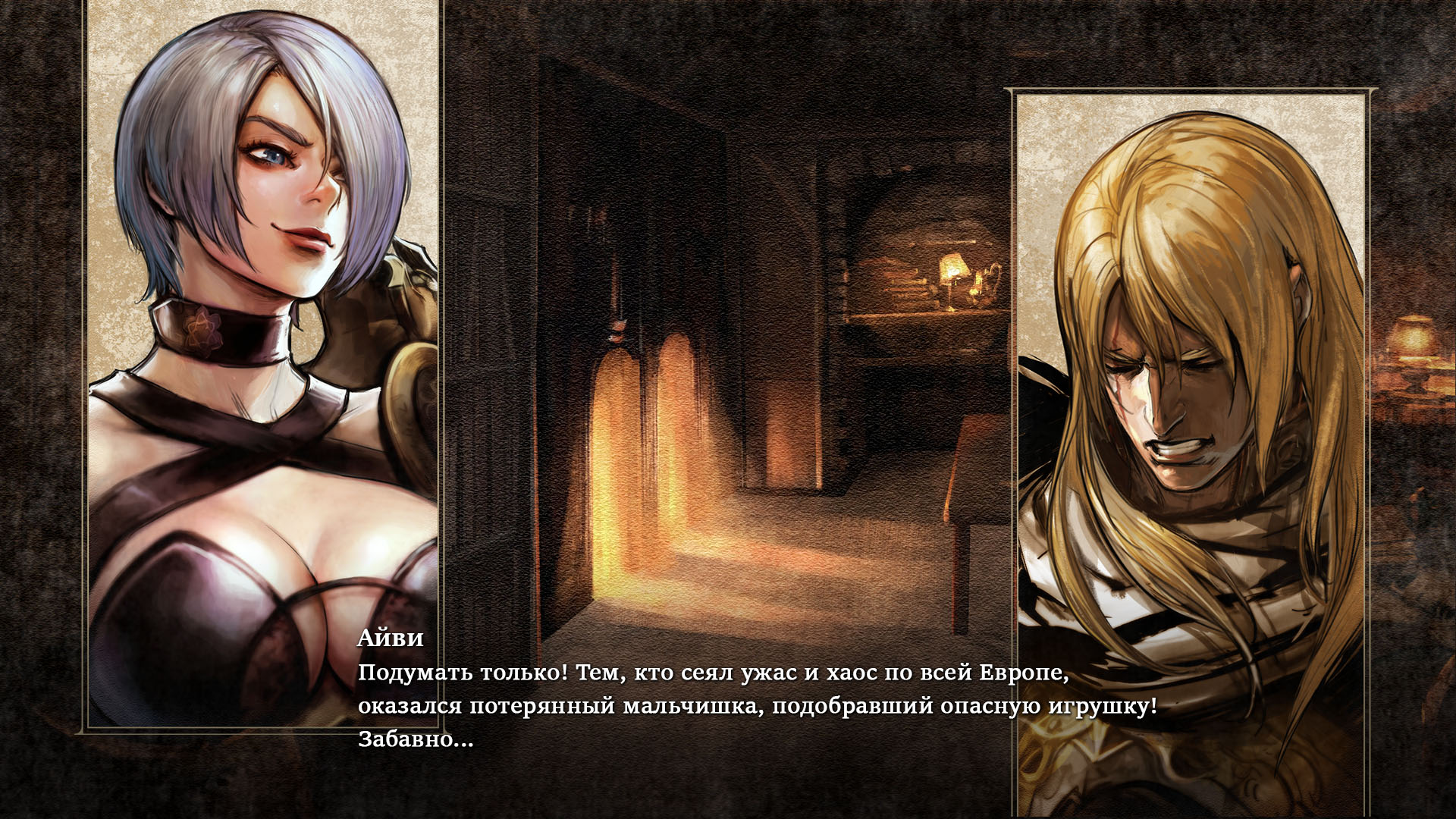 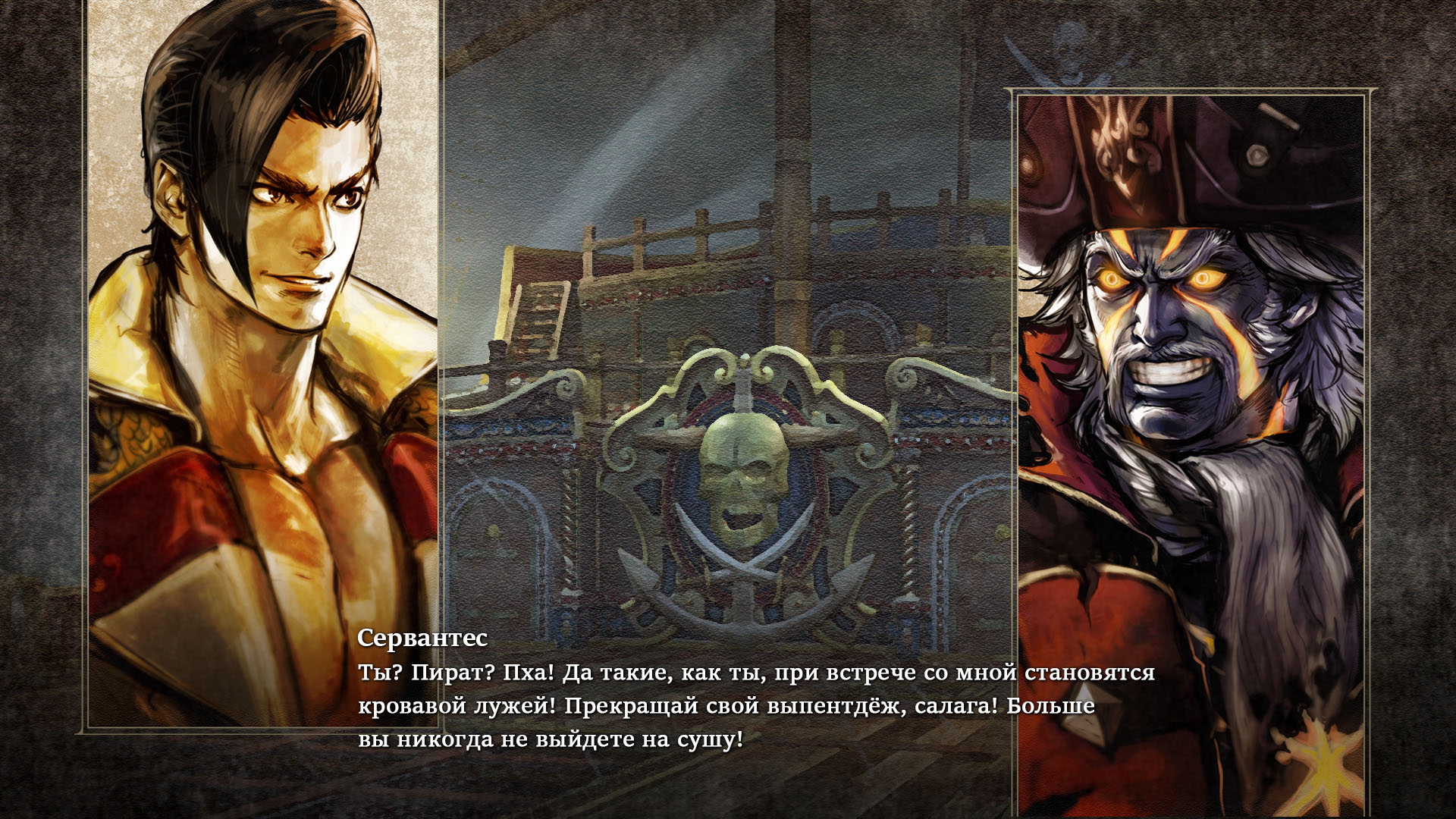 Was the field stage in Hilde's story mode seen in any of the other Soul Chronicles?
I wish it could be playable online, or at least in traning mode. 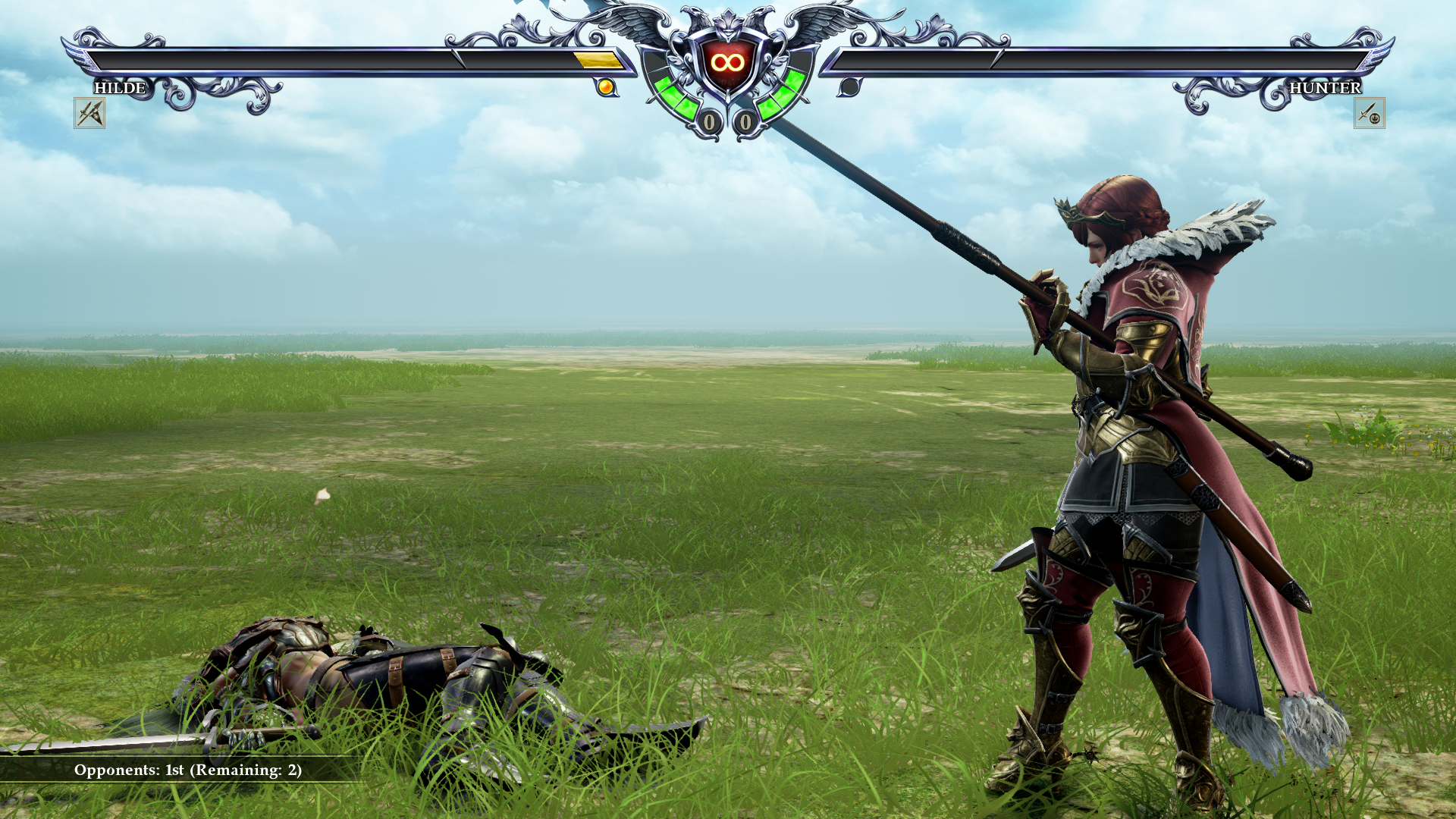 Yoshi's new moves are kinda meh to me so far.

I have yet to find a scenario or combo where his Soul Attack makes any sense at all. It's totally interceptible, has shit range and forces you to go into Super Dragonfly. With a delay. Yup.

His new projectile looks cooler than in the trailer, but I'd have to remap buttons just to perform it comfortably. Not that it would make any sense to perform because your opponent will always see it coming. I'd always prefer his CE, which makes the projectile even more pointless as it's strictly vertical.

The rest is fine, tho. Season 2 seems to have added a couple of effects, visual and sound.
Yoshi's bA has a new slicing sound effect, for example...
L