I will never be able to unsee these monstrosities.
K

sytus said:
That image reminds me of this.

Glorious. But I'd say the real deal looks just as good. 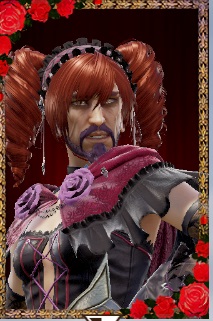 I'm sending you to jail.

Pyrrus said:
maybe im just being hopeful but what if its two characters spliced together
Click to expand...

Hwang and his twin secret brother assassin, they'll play like Mika and Nadeshko.

I would not be surprised, in fact I expect it that one of Hwang's alternate colours will have him with the Assassin mask on. 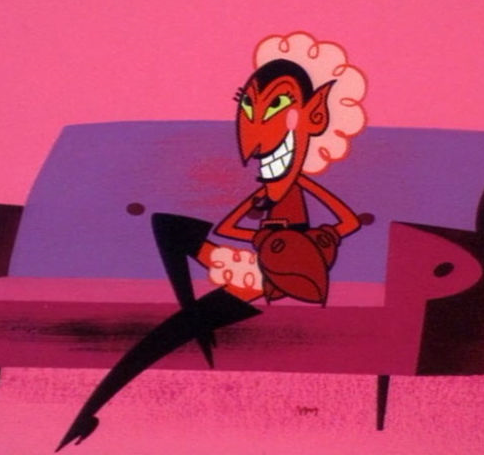 Added: Now that I think about it, the whole red-purple-pink spectrum really dominates a lot of the character colour pallet in this game.

Maybe (almost definitely) it's purposeful, with the 'theme' colours being blue and red (soul calibur and soul edge)
K

SAPirata said:
Maybe (almost definitely) it's purposeful, with the 'theme' colours being blue and red (soul calibur and soul edge)
Click to expand...

Not really alignment specific, though, else we would have a blue Hildegarde. Red Kilik is quite understandable storywise though.

Possible an announcement will be made on 11/28/20 after the last SCVI Online Challenge.
T

We finally have confirmation of Amy's intended age.

With a bit of editing, I've screen capped the thread with Google's Engrish translation.

TresDias said:
We finally have confirmation of Amy's intended age.

This doesn't appear to be confirmation so much as what the artist thinks might be her age. They don't appear to have any credits in Namco.

werewolfgold said:
This doesn't appear to be confirmation so much as what the artist thinks might be her age. They don't appear to have any credits in Namco.
Click to expand...

I remember the 'being around 8 when she met Raphael' thing being said somewhere before, as well as 14 being her age in SCIV, though I always thought she looked a little older than that (closer to 16-18).

But unless I'm misunderstanding the tweet, are we seriously supposed to take her being 11 in SCVI seriously? Is that what he thinks 11 year olds look like? xD I mean I know they probably don't want to show an actual child getting beat up but you can't just make her body older and then still try to pass her off as 11, just make her 16 or something like she looks.

I guess I'll weigh in on the DLC tease while I'm here. Like most, I was already pretty much convinced it was Hwang prior to the tease, but even afterwards and seeing everyone's edits showing where the limbs and weapon could be etc. it still looks like Hwang to me (though god knows what his insignia in the background is, seems pretty thin). I'm glad if it is him anyway. I've said since SCVI first launched that if they truly want it to be a retelling of the original game, they need the entire original roster back :) Seeing a character who hasn't truly been in the series since the original game (I don't count Assassin or his Custom Character appearances) get revamped in the modern day is exciting.
Last edited: Nov 13, 2020

Psykai said:
But unless I'm misunderstanding the tweet, are we seriously supposed to take her being 11 in SCVI seriously? Is that what he thinks 11 year olds look like?
Click to expand...

To me, Amy comes off as younger than Talim, but she'd need to have enough wits about her in 1583 to misdirect guards away from Raphael. So, I'd guess she's maybe 7 when she met Raphael and 14 "currently."

Personal opinion incoming: I kinda wish Project Soul hadn't fucked with the timeline by making everything less precise in terms of dates. I know it's arguable whether or not its literally an actually new timeline or not, but I mean the way they've kinda fudged the dates to be rough approximates, characters don't have firm DOB's anymore, etc. kinda makes the passing of time in this universe ambiguous in a way that I don't like.

For example, it doesn't make it any easier to figure out if Amy is actually legal or some kind of loli jailbait for the dirty-minded...
T