I feel like IF we get anything, it wont be before March. My only thing is that if we're not getting a season 3, i hope that they do let us know at least.
Click to expand...

well seeing how Okubo and PS are im sure they will let us know if there is no season 3, but i do hope for some hints for SC7 in a year of 2 after the end of support of SC6. 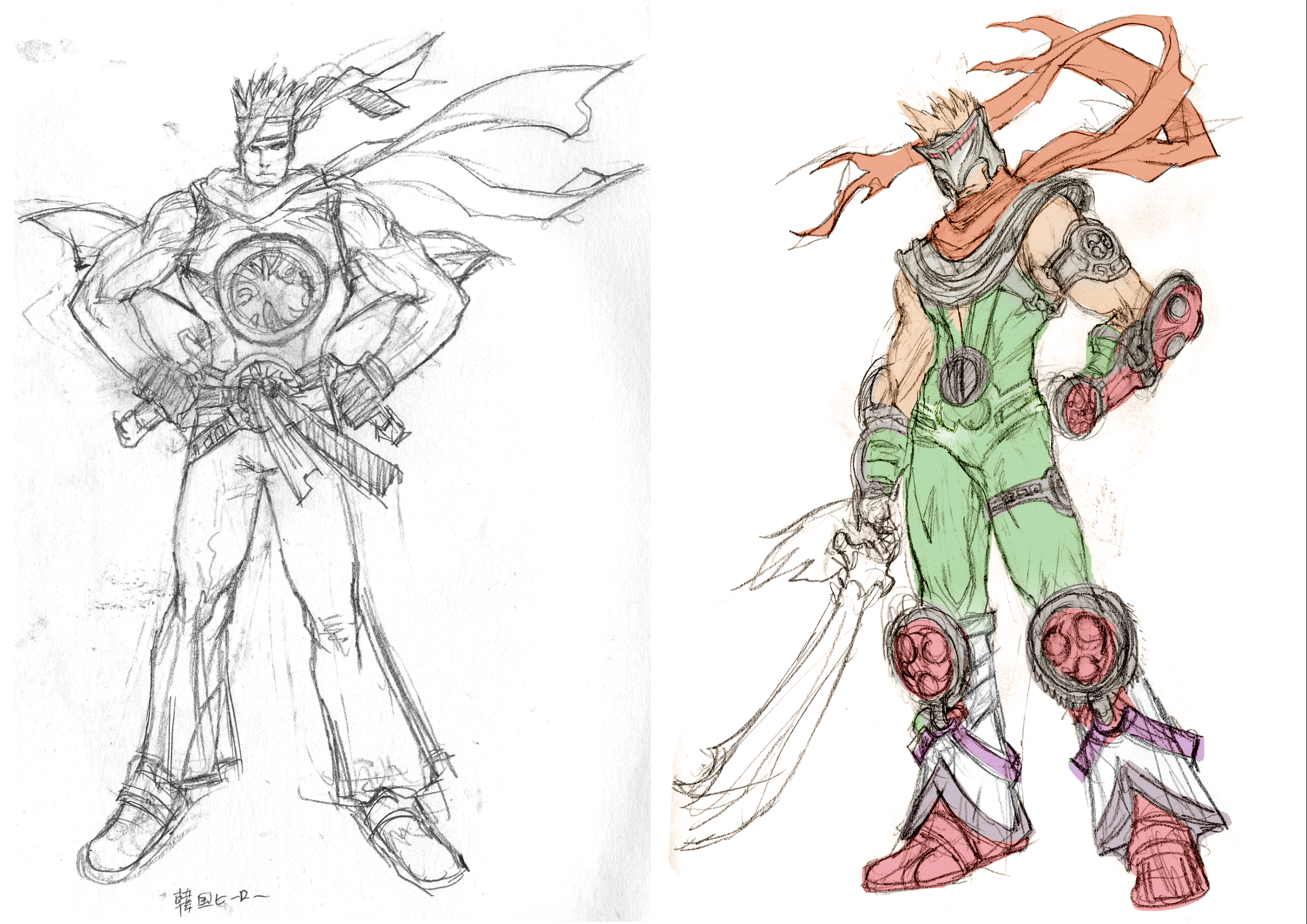 1st concept art has DOUBLE DAO!!
2nd concept looks a little too super-hero to me. 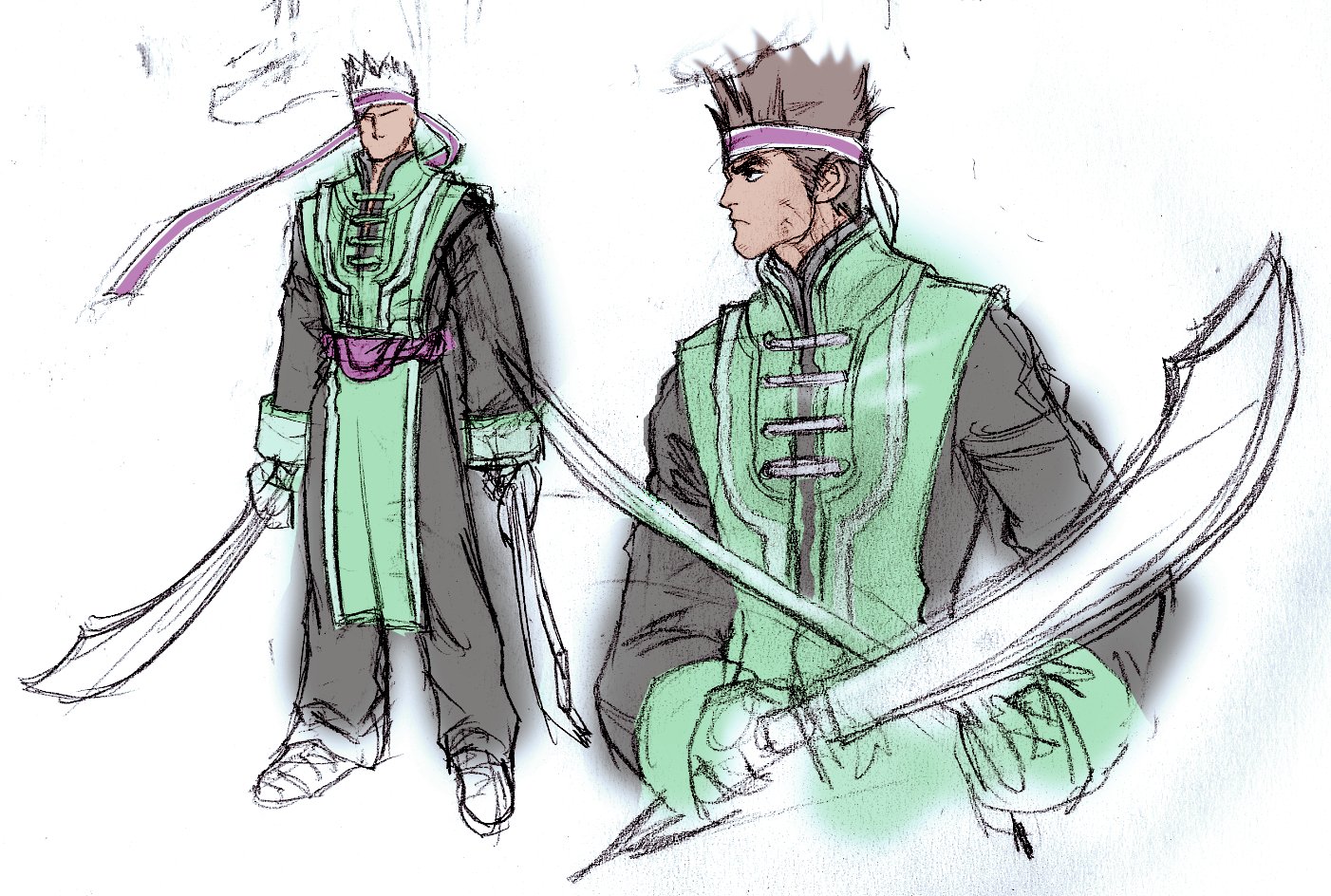 Another double Dao design, i'm less a fan of the baggy clothing

I was actually thinking about how far back SC6's Hwang's designs go (ie when they started) and if there was any development from SC3-5 on Hwang at all that they kept in storage.

They already said they're fixing this

JayShadow said:
They already said they're fixing this

Does Hwang have any bugs too?

carriacou said:
Does Hwang have any bugs too?
Click to expand...

of course. I've notice a move or two hit when the enemy was clearly out of range. It also seems his A+B guard break has terrible range. Either intentionally or unintentionally.

Typical stuff that the devs will iron out.
K

66B+K missed several times when I was hugging a Nightmare, so he suffers a bit when being too close to the opponent, nothing that any other character didn't have and what wasn't fixed later up, at least as far as I've noticed.

carriacou said:
Does Hwang have any bugs too?
Click to expand...

The story going for less grounded realism and embracing the supernatural aspects was a great turn. If they had embraced this from the beginning they could have conserved more of the time spent on traveling. What I mean is Hwang was able to travel using the Astral Fissure, and that could open up other characters to use their own talents to have the ability to fast travel. Ivy has the talent to achieve some kind of teleportation. Talim could fly on a giant feather. Cervantes could have a ghost ship capable of flight. These tools can allow characters to get around the world quicker than normal travel and will prevent aging them up to Soul Calibur 4 endgame status. I am enjoying all these other cultural realms of spirituality as well, the story has always had different cultural aspects, yet because Soul Edge is always the focus it always felt strongly European. But Soul Edge is becoming more of a tool of cultures, rather a tool of one. The Seven are interesting too, Acht carries Z.w.e.i's moon tattoo, and there is one of the seven that has the name Zwei. I wonder how any of the of the seven can achieve mortal flesh and then pair with one of their own? Viola? With a less grounded theme I would be interested to see that Amy, and Viola are actually some kind of lifeforms created by Azwel. And he is merely using them as puppets to spy around the world and gather more information for him. Or that Azwel himself may be a doll controlled by someone else, since he seems to be able to regenerate his body or create multiples. Bringing it back to the Seven, they have good potential to add a new enemy base to the game that is outside of Nightmare. Season 2 was very good, and I enjoyed every chapter included to the story. Mitsurugi and Nightmare new soul chronicles are making me wonder if the story will go into the 16th century at all? Are any future dlc installments dead? Or will they focus on characters that are more Soul Blade prequel heavy into the storyline now? And the way that Amy, Setsuka, Hwang all brought in these trigger type characters in, Rock, Li Long could resurface as pretty interesting fighters now. Lizardman/Aeon could even break the bar by actually switching his weapons in the middle of battle from the shield vs dual wielding. I'm just thinking about the lifespan of this game, because with the next gen consoles out now will there be an dlc included repackaging before a big update? Tekken 7 has been going for 6 years next March, and I don't believe that bamco is not behind the title anymore. Street Fighter is going on the same lifespan, Mortal Kombat X went for 5. There is still space to pull in more change on this game itself. There are still stage variations such as the Astral Fissure backgrounds. The CaS still has missing pieces, and they can really still work on new characters before shipping the whole team to developing SC7. The game itself still has more to give, and if they can continue to progress on what Season 2 was a Season 3 can be extremely enjoyable.

I hate this new patch, the hit boxes are an absolute mess and the input buffer is even worse than the patch that was released for Setsuka.

sytus said:
I hate this new patch, the hit boxes are an absolute mess and the input buffer is even worse than the patch that was released for Setsuka.
Click to expand...

Honestly, it feels a bit more even to me than the last one. More verizontals have been removed and not only for a few selected characters, but for everyone, at least that's my impression. Still a lot of whiffing though, which sucks.

And I don't mind the Setsuka nerfs either. I get along. 8(B+K)B still whiffs a lot, though.

weshookhands said:
More verizontals have been removed
Click to expand...

Not from my experience, it's actually worse than the last patch. I also get hit with front attacks from behind my opponent because the hit box has been enlarged around the character. It's a bloody mess in my book, I'm really not having fun with SC6 at this point.

sytus said:
Not from my experience, it's actually worse than the last patch. I also get hit with front attacks from behind my opponent because the hit box has been enlarged around the character. It's a bloody mess in my book, I'm really not having fun with SC6 at this point.
Click to expand...

Oh, that sucks. Sorry to hear that. Guess I've been lucky so far.

Honestly, the only thing I like about this patch are the Voldo buffs and that’s it.

Hwang - 8.5 outta 10. His new fighting style really sold me.
Creation Parts Set F - 4 outta 10. I did want Tekken outfits but this is not what I had in mind. I was hoping for those ones that were in SCV, especially the Jun outfit. Now I really hope there is a Season 3. I got this set anyway because there tends to be at least one thing I can work with in each of the sets.
Soshite, futatsu...

It is hard to explain, but in more recent weeks, I am starting to like Setsuka less and less (and I really hate Alpha Patroklos even longer than that by the way). I liked her ever since picking up SCIII back in May 2018, but nowadays the love has drained away for me. I shall pick up Cassandra, Sophitia, Taki, Ivy, and Tira from now on. I shall still use Setsuka/A Pat's fighting style for the created character based off of my IRL self, but now I officially hate those two characters themselves. Sorry, but...

sytus said:
Not from my experience, it's actually worse than the last patch. I also get hit with front attacks from behind my opponent because the hit box has been enlarged around the character. It's a bloody mess in my book, I'm really not having fun with SC6 at this point.
Click to expand...

Sorry to hear that.

On the other hand, I'm having a blast with SC6 besides its flaws and it is still for me, the second best Soul game but very close to being the first.