xXSoulCaliburXx said:
*sobs* I LOVE this doll *hugs it* xD
Click to expand...

Glad you love it.

Xianhua, Natsu, Hilde, Ivy...It's not that Im not ok with that but...I can't see me with any of them...in a relation, I mean...every SC girl is fine for a rape during an assault to the castle though.

NeclordX said:
every SC girl is fine for a rape during an assault to the castle though.
Click to expand...


Wow...Really? If that's the case *pulls Xianghua aside from being before any damage is done.*

I hate it when people think the Zodiac is just some random "ideal mate" test. That's actually the least accurate use of it.

Yeah...the whole astrology thing is not really something you want to rely on...its really undependable..

I've used it that way to be honest but I rather just read my horoscopes.

I's cancer, but know not this witchcraft you all speak and use here. What is this blasphemy?

Susanowo said:
I's cancer, but know not this witchcraft you all speak and use here. What is this blasphemy?
Click to expand...

Any of it. I remember looking at horoscopes when I was young, because so too did grandmama, but that well ran dry and I know nothing of all of this "Well, I'm Leo, so something about these people". Your astrological western ways mystify me.

Susanowo said:
Any of it. I remember looking at horoscopes when I was young, because so too did grandmama, but that well ran dry and I know nothing of all of this "Well, I'm Leo, so something about these people". Your astrological western ways mystify me.
Click to expand...


haha okay~ Well is there something you wanna know? Maybe I can help C:

xXSoulCaliburXx said:
haha okay~ Well is there something you wanna know? Maybe I can help C:
Click to expand...

Just 'splain. And throw in something related to the topic so onlookers aren't bored. Or a joke. Like the difference between a dead baby and a watermelon.

I'm a Pisces and Sophitia which is funny cause I really don't care for Sophie much now Cassandra on the other hand is a different story. I need to look on who i'm compatible with lol

shit i got kilik 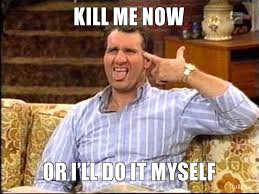 I'm Capricorn so that means I'm a pirate Arrr!

A couple of pointers.

Astrology is a lot more than just "Sun Signs" (zodiac sign based on your birthday). There are 10 planets representing a general overview of different parts of your personality. Example your Venus represents your approach to love, Jupiter represents your luck, Saturn represents your discipline. So you may be a hedonistic Leo but if you have a strong Saturn in Capricorn, your self discipline will be more akin to that of Capricorn. You can be a Virgo but with a Venus in Pisces you're more Piscean in love. This is not even counting the duads, aspects, houses, angles, and the Arabic Parts (this alone is over 100! And it is based on a specific aspect in your personality; you may have a Venus in Virgo but your Part of Beauty is in Libra so while your general approach to love may be Virgonian you have Libra's taste for attraction in partners).


Secondly the reason why a person doesn't act like their Zodiac Sign is because of their dominants. Dominants are calculated based on the overall chart (all the aspects, how many planets you have in what signs and what houses, and a lot more). So a person can be a Libra but his personality is far more Scorpio because Scorpio dominates his chart. And I am only going by sign dominants;there are also planetary dominants, house dominants,elemental dominants, mode dominants, and more.

Also just because a person's say Pisces dominant doesn't mean he will be entirely Pisces. Depending on the percentages/how strong other signs are, they may create a hybrid personality or add a touch of their own. Someone who is Scorpio/Leo dominant tied at 15% will be exhibiting the extroverted partygoing nature of Leo at times and at other times may suddenly act secretive and paranoid. Often they will exhibit traits of both signs (friendly and lax but nervous and quiet as a stereotypical example) most of the time.

A person with a 20% Aries dominant chart may act Aries majority of the time but because they have Capricorn as a distant 12% dominant, once you get to know the person you will begin to see the Capricorn come out and even if you didn't, the Capricorn traits will be there but quite subtle.

More so for third dominants. Other dominants like planet adds even more variety and flavor.

And never forget, life experience impacts a person just as much as astrology. In fact many a times different life experiences activate different part of a chart. A person may be 40% Libra dominant but because he has Part of Armies in Scorpio, if he is sent to bootcamp he may suddenly come out the ideal soldier because of Part of Armies, even though he is a Libra outside of the military you would think he is too artistic to ever last in the military.

This is just a quick simplification and there is a lot more I don't understand yet.

As for Soul Caliber characters, I will analyze their dominants another time as the only character I am familiar with is Taki and its been such as while since I played. Plus even only taking Taki account, I only beaten 2 with her and have yet to even train with her in Soul Blade let alone 3 and the rest of the series.

I'd also like to add its the Ascendant and planets (especially in the first house and those with hard aspects) that affects physical appearance. The problem is though that Soul Calibur is such a trasure of hotties from various countries its hard to use statements like "Taki is Scorpio because she is IFFN' HOT" and "Cassandra is Sagittarrius Asc because of her very fair skin and light eyes" to determine their Ascendant and their chart. So lets just stick with personalities since judging SC characters appearance is like judging a Victoria's Secret models appearance. Which is near impossible because they were all selected specifically because they are the hot genes of the populace.
Last edited: Jun 22, 2014

I am curiousough any one familiar enough with Sun Signs, what does Taki come off as? Soul Calibur 2 doesn't reveal much about the characters and I don't wish to read the storymodes of later games because I hate spoilers.

Not to mention she is so FUCKIIING SEXXXXY its tempting to go for Scorpio right away (as she does exhibit some sterotypical Scorpio traits such as a sense of confidence in herself and quite the Scorpio appearance except fair skin) but thats a superficial use of astrological analysis (and she doesn't shown to be so emotional as far as 2 goes).

I would say she has strong fire in her personality but I'm not sure exactly what zodiac sign would be her dominant.