FleshMasher said:
Also all may be subject to change.
When SC6 is out and IF you are right, go nuts, but until then...
Click to expand...

it's not hard to see she is bad

there is simply no takis playing well, everyone that picks taki loses

plus evo itself showed the nature of the game, 3 ivys and the champion using ivy too
ivy is pretty broken in the game, and you don't have to wait till release to see that

For the sake of completeness:

victorstk said:
it's not hard to see she is bad

there is simply no takis playing well, everyone that picks taki loses

This is BETA build & your nonstop whining about Taki being "bad" is really unnecessary.


victorstk said:
Ivy is pretty broken in the game
Click to expand...

Finally got my hands on her yesterday, I think it was the E3 build.

Depends on how you want to see it, it feels like her moves are now either more PO oriented / more restricted to PO, at least when it comes to the good stuff that Natsu had. But as someone who've been hated for being a bomb abuser since forever, I must say the change to the bomb's properties from low to s-mid is quite a disappointment for me.
Y

What? The bombs are s-mid? Thats gonna be horrible.. feels like her lows are gonna be very limited

the bomb is now a guard breaker, though

Guard breaker, has lethal hit properties, and +on block. Things are fine for this version of her bomb. Besides we have 8a back as a low combo starter.

That's good to know, could be a nice CH trap.

lol lol lol during her RE "did you turn your hair into a weapon" :P

So the shuriken is for zoning in?

As i was saying later

Taki is pretty bad in this game

And im pretty far on the raked already 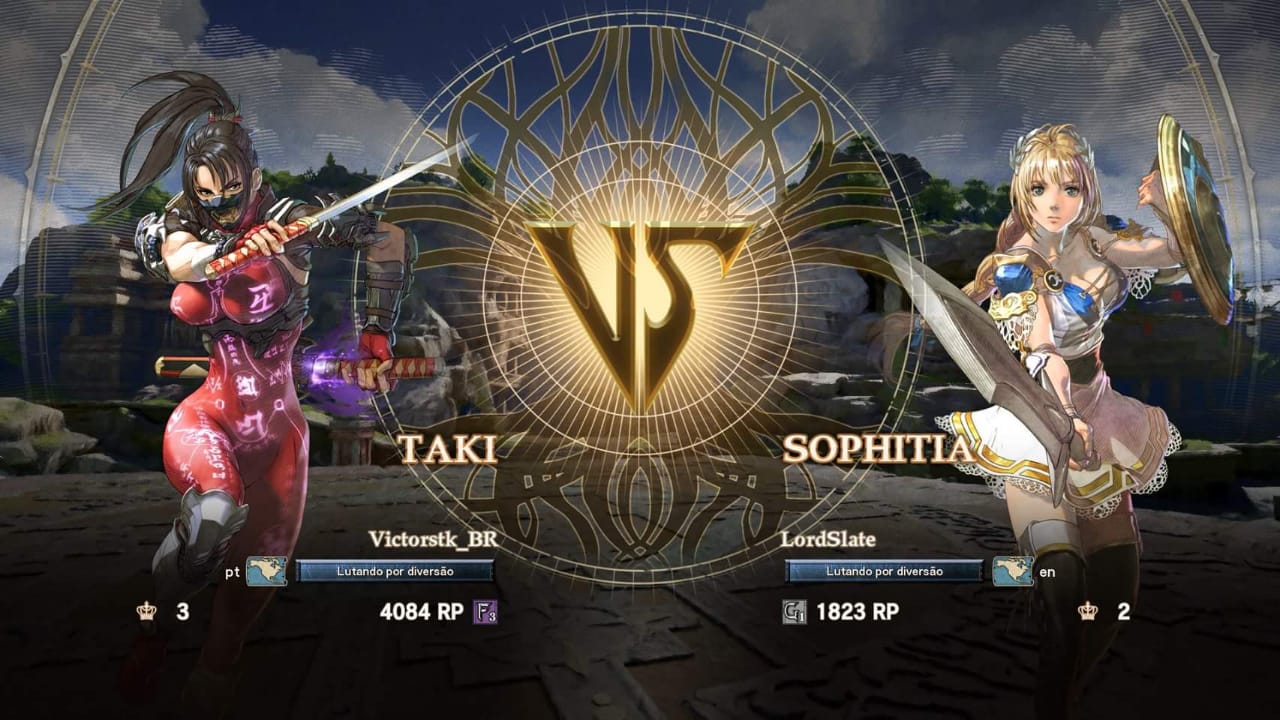 victorstk said:
As i was saying later

Taki is pretty bad in this game

And im pretty far on the raked already

How are there no mixups in PO?

No low mixups forgot to mention

i have no coments for this

I absolutely love Taki in this game. Yea not having the UB bomb, AB, and 66BA from SCIV being in PO might suck, but they gave her lots of neat new tools and properties. 3B is awesome lol.
A bunch of my Taki gameplay:

Hi guys, reflecting on the network test, as a Taki main I saw her very restricted, the lack of a PO low, the s-mid bomb, PO 8B useless as a combo filler, and the good stuff only available from PO and that make her predictable.
I don't want to get ahead, but I do not see Taki strong competitively, it's very funny to play but I see her as a maximum effort low benefit character.

Jurenam said:
Hi guys, reflecting on the network test, as a Taki main I saw her very restricted, the lack of a PO low, the s-mid bomb, PO 8B useless as a combo filler, and the good stuff only available from PO and that make her predictable.
I don't want to get ahead, but I do not see Taki strong competitively, it's very funny to play but I see her as a maximum effort low benefit character.
Click to expand...

hopefully taki can still be good, they just have to buff her chip damage OR buff her general damage to compensate the lack of moves
i mean how the hell nightmare does tons of damage, has 4 guard break moves, a stupid counter blast mechanic and sometimes has even more speed than taki


here's some of my matchs

After playing the demo, i, too, am worried about Taki's viability.

One of the things that worry me the most is her lack of mid range mids.
Agreed, her 3B is good, maybe it's enough and we should always use it?
But otherwise she has even less mid range mids than in SCIV, which should ring everybody's alarm bells.

(Side Question: Is it correct that 3KK can only go into normal Wind Roll, but not Wind Roll Side??? I tried 3KK2B+K, but normal WRO came out?)

Another point: Ring Out skills.
Admittedly we were really spoiled here by Natsu, but Taki's RO game, to me, looks abysmal, and seems like the worst she ever had:

What else do we have, 3B Air Grab is nice for RO but not hit confirmable on NH? Self RO when guessing wrong?
As well as PO 2B, although LH requires a followup for RO, wonder how that will turn out.
SC 6ABBBB, but it's SC only.
While Rising AAA no RO. Maybe in SC? It only gives crumple stun when normal.
PO 6BA also no RO, only SC PO 6BAA.
6AA Not an NCC.
7_8_9A can now combo, but no RO? (BTW also worse for combos than old WL A, which could combo into While Rising A)
AAK no RO
BK no RO
BAK no RO
Bomb Air Grab of course, but no low anymore -_- Also it seems that Natsu's Bomb Tech Traps are completely dead?

Natsu could RO in any direction, (9A to the right, 6AK/BK to the left, a+gA+B+K to the back, whatever to the front)
Taki has as far as i can see, only to the front and here much lessened too.
Which i find really bad, especially with ridiculous ROs on characters like Ivy, although it seems that ROs in general are nerfed across the board in SCVI.

Next point: As i said all of Natsu's Bomb Tech Traps seem to be dead (mostly ground splat into Bomb) this makes Bomb being SL and UB Bomb being gone hurt more than i thought it would at first :(
Seems like Bomb is only for Whiff punishment now, against RE/GI or for frametraps, even though it also doesn't damage the guard gauge much.
I'd be okay with Tech Traps being nerfed, if it is for all characters, because Tech Traps are very unintuitive and one of the beginner unfriendliest features ever in SC, even though that hurts our Bombs a lot.

Edit: Also Natsu's While Rising B4A+B NCC into Bomb was awesome, i miss it.

I'm pretty sure i've missed things in the 3 days, being a complete SCVI noob and could be wrong on some things and have also fought my own muscle memory most of the time, not using optimal combos.
Also all can be subject to change.
But as i said, i'm worried, bad mid and RO game, too many things locked behind stances/SC and the damage is also not overwhelming as far as i can tell.
Her CE is one of the better ones tho, damage wise.

I'd be ok with Taki not being as strong as Natsu (which was very strong).
But Taki being not even as strong as her SCIV version, would piss me off maximally.

Edit: Another side question, has anyone found something from PO that helps vs Ivy's 214B or whatever the input is now???
The tech crouching, sidestepping vertical attack that definitely beats PO A and PO B, i think PO B+K too (kinda anti air)
Haven't tested PO 6A, PO 2_8A or PO 6K, which all could work against it, maybe.
Last edited: Oct 2, 2018
You must log in or register to reply here.
Share:
Facebook Twitter Reddit Pinterest Tumblr WhatsApp Email Share Link