no one like my CaS anymore it is because i stopped making Female CaS?

I wouldn't take it personally. People on the CaS forums don't seem to talk much outside of there personal threads and when they do talk it tends to be the same people most of the time. It helps to reply to other peoples threads as well but I find it hard to reply sometimes when it feels like I am saying the same things that I have said in other threads or something someone else has said. It doesn't help that peoples enthusiasm for the games seems to be going down lately.

As for your CaS it is nice to see someone posting stuff from the older games. I think your CaS look pretty good and I like your recreations and alternate outfits for some of the missing characters in SC5. You also use patterns pretty well without making them to overwhelming.
E

I really appreciate your work man (especially on Seong Mi-na which is my favorite character to CaS) but actually, the fact that it is on SC5 makes me a little mad because I can't do it in SC6 :(

thanks for the feedback, guys

Valmiro (his costume is now all Lusca parts)

Heihachi (i use two horns for his hair)

No Spawn.. i tried to do his unmasked 2P outfit but he don't look right

THE JOKER! because of Mortal Kombat 11 will have him as a DLC character so i made him to be a part of SC Universe!

and i forget one more-

next is probably Mortal Kombat CaS or Tekken CaS

These are some nice characters. I always like seeing the npc and guest characters being recreated. I really like Link and Heihachi in particular. I feel like Male Ivy could maybe show more skin though to be more in line with the original. It really is sad to see all the parts that were not included in SC6 though.

i know what you means, Wyldwarrior. it's why i stick with SC5 as well SC3 and SC4/BD

I will post my Mortal Kombat Ninjas CaS first

Meet Armored Ninjas! i use that metal item thingy as a mask

Rain- i like his Purple and Gold color. it really fitted him

Human version of Cyrax and Sektor! their costumes are based on Mortal Kombat 2011

Kai and his alternate costume from MK4

Baraka before he ended up having a large fang teeth

Jax as a kickboxer

Blaze with scrapped design.. it look bad@ss to me...

I forget to add more of my Sophitia CaS. i did them few months ago, because i have a on and off relationship with Female CaS but, i decided to give a chance to create more Female CaS

Azola! based on her SC4 outfit but this time i add the pocket sticker on her torso to make look like Hunter's Suit since they are now a separate undergarments! pretty lame?

NIGHT TERROR! i use apples as his eyes

Couple of Yun-Seong.. most of them are TOO Toughest to make!

Yun-Seong SC2 P2 Outfit, it's actually one of his unused outfits

Sub-Zero Unmasked MK3 outfit (note: i use lighting bolt for his eye scar)

Mileena MK3 (yes she use Cervy's style because Talim's style is not in SC5!)

Kitana MK3 this time she has Ivy's style!

Tanya as if she was in MK3 but no mask

Skarlet with new look as if she was in SC universe yes i add the snake necklace. should i add the earrings? anyways she look good with Tira's style!

I did more SC5 CaS during my Thanksgiving break-

Daniel from SC6 i know i don't have SC6 yet but i saw the pictures of SC6's NPC characters at Soulcalibur Wiki and i thought they look interesting to make and very easy!

Dragon from SCBD.. not the same Dragon we know from SC3

Haoran Yes Haoran! i know he have a mole under his right eye so i figure it out is using a face paint that has three dots under the eyes then i use 3 square stickers to cover the make up except for one dot

KERES STRIKES BACK!! and my version of the bad@$$ Keres

Landau. i find him quite handsome so i decided to make one he's one of the members from Siegfried's group

Note: Sadly, Slops conflicts with Noble Garment in SC5! while in SC6 it does not conflict 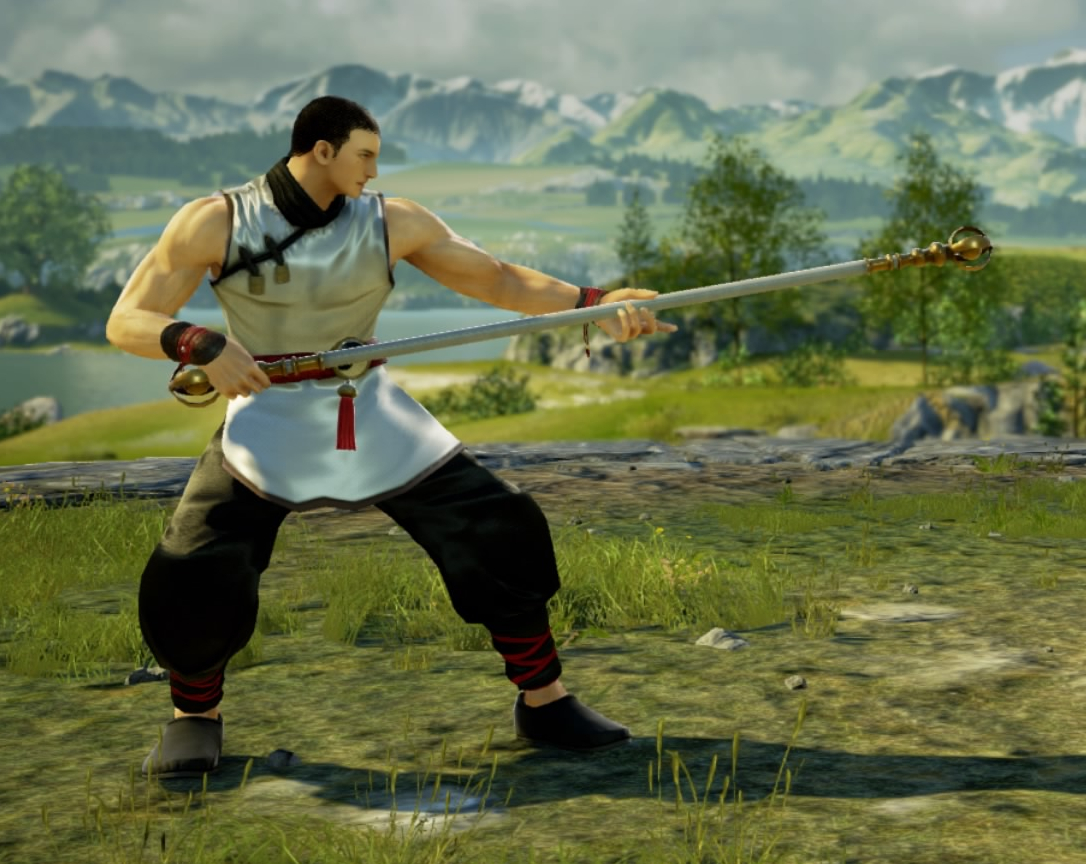 Rock 2.0 he now have ZWEI's gloves, pants and boots

and other SC6 character- Valtro