https://www.youtube.com/watch?v=fi25EBUAJk8
No comments have been found at this time 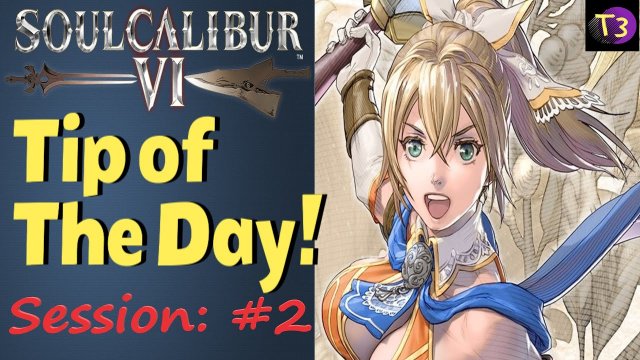 Jul 11, 2021 at 10:49 PM
Posted by Force_of_Nature
The second session of a series that drops little tips for your favourite fighting games! FoN's Tip of the Day #2 looks at approaching SoulCalibur VI's neutral game after a round starts (A.K.A. Round 1 Fight). In general, the safe option is to perform a backdash to create a bit of space from your opponent as you contemplate an approach while watching their movements. If you have less range than your opponent, they have the neutral advantage and you'll eventually have to get in on them. The safest get-in approach is to "run-up & block": Run at your opponent then block when in close (or if you see an attack come out on approach). You can also run up and perform a safe move too such as Cassandra's 66A. If you have more range than your opponent, then you have the neutral advantage and you can attack first from afar, preferably with safe pokes. If the opponent runs at you, intercept their approach with the appropriate attacks (AA's, BB's, 3A's, etc. based on range and footsies distance). Move around with single taps as opposed to holding down a direction, unless specifically sidewalking around a linear move or for stage positioning. You can retreat quickly to create space by Korean Backdashing with 4, G, 4, G... Repeatedly (Back, then Guard, Back, then Guard).
If you're having a little difficulty with the FGC notation terminology, check out here: https://www.youtube.com/watch?v=TlCcAiNLzps&t=110s