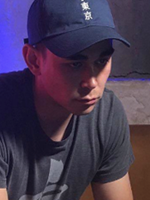 #TRYHARD
Xephukai is a competitive SOULCALIBUR player. He started playing competitively in 2009 with SOULCALIBUR IV, and became a five time tournament champion for SOULCALIBUR V during the course of 2012-2016. Regarded as the "best Pyrrha player" in the world, he resides on the western side of the United States of America in Reno, Nevada. Still an active tournament competitor and a top player in the SOULCALIBUR community.