https://www.youtube.com/watch?v=-FVThmwETng
No comments have been found at this time 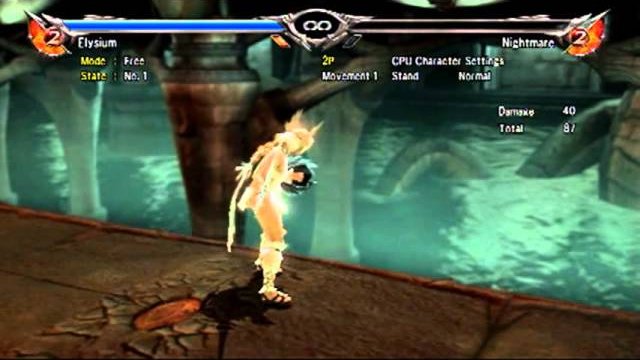 Oct 24, 2013 at 5:45 AM
Posted by Ryoka
I was doing some ring out range tests for Pyrrha Omega's and Elysium's stab ATs since their capacities to do so are quite different. This was mostly a venture out of curiosity. The clip rundowns are as follows:

Clip 1 - since Pyrrha Omega's NS B AT launches so strongly to her left, its RO range when facing the edge directly is somewhat weak.

Clip 2 - when the edge is instead to her left, her AT launching this direction will allow its RO capacity to shine through. This is pretty much the maximum RO range you can get out of it.

Clip 3 - Unlike Pyrrha Omega, Elysium's NS B AT can only RO with the just input version. On the upside, this AT's ability to RO when facing the edge directly is rather strong since it sends almost directly outwards, and does so quite far. Both NS B's and DNS B's ATs actually launch the victim very slightly to Elysium's right, but for the most part send/RO almost straight outwards.

Clip 4 - Elysium's DNS B just input AT can RO unlike Omega's, but slightly falls short of doing so at this range after having the training dummy scoot forward a half step. However...

Clip 5 - After having the training dummy scoot a whole front step away from the edge starting point, the NS B:4 AT can still RO where the DNS B equivalent cannot, showing that Elysium's NS B:4 has a bit more RO range than her DNS B:4.

Clip 6 - This is approximately the maximum range at which Elysium's DNS B:4 AT can RO. As with her NS B AT, the non-just AT cannot RO, and Pyrrha Omega herself cannot RO with DNS B ATs at all.
Keywords
Game
Soulcalibur V (2012)
Demonstrations
0     0     967