https://www.youtube.com/watch?v=lH5KPThgeKc
No comments have been found at this time 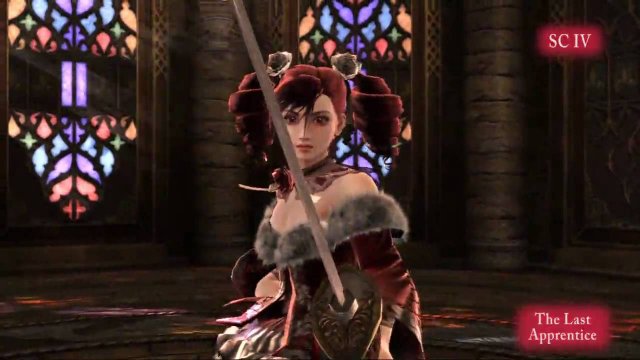 Dec 30, 2009 at 10:31 AM
Posted by skytoast
Plot:
Up in the north Arctic Pole, an elderly man dressed in red with black boots looks out into the frozen bay remembering days long ago when he was master to several students, passing the final rights of his knowledge of souls and swords. But realizing that his efforts failed to bring peace and prosperity to the world, he has doubts whether he can continue to teach his sword and weapons arts to others. Despite his advocation to use the power of the soul for the good of humanity, a terrible evil was unleashed through the misuse of his teachings, embodying itself in a demonic weapon. A rift in ideals drifted his students apart as they seeked out this weapon to either vanquish the evil that was unleashed or embrace it for ultimate power. Although in the end balance was restored through the efforts of those loyal to righteousness, he forsees an endless tale that would repeat itself throughout history. Once again, his last apprentice bids him to teach the final art so he too could join the ranks of the few. Annoyed, he says to him, "You are brash like the others, how are you any different.." But the last apprentice will not take no for an answer...

Director's Notes:
I was meaning to get this out sooner in attempt to release it before or on Christmas day. But time circumstances and obligations got in the way. Better late than never... Anyways, this is a short film that continues the parody from the first Christmas Special last year. We revisit the north pole again and see Santa Klaus reminiscing the past like in the first film except we continue exactly where we left off when we briefly saw his sidekick - "Reindeer Boy" - approach. As you will see things turn a bit ironic this time around.
Originally when I made that first Christmas Special, I wanted to explore more about this character. However, I was unsure how the details of that story would have panned out without requiring more work than I was willing to do at the time. So I left it the way you see it. The context of that film had a more "happier" yet "melancholic" feel to it. It did cross my mind to also end that film with an ironic twist which would have given a more darker humorous feel instead. Now we're back to a Xmas season a year later, it's nice to revisit this story again and have the opportunity to explore this aspect to the story in detail.

Season's Greetings and best wishes to all.