https://www.youtube.com/watch?v=YlKO7gVNlps
NOOBS
Super good stuff. Very entertaining to watch.
Great fights.
Good matches. Enjoyed them Doc. :)
Great matches
amazing from both players
so it begins...(insert epic Lord of the Rings music here)
Thank you guys! signia i will answer you later, im getting drunk atm. thanks for thr positive comments, we only upload to entertain you!
Awesome match! Those suicide jg's were nasty :)
Fantastic Yoshi play by Furzy. I think he played his 3B a:B+K setups wrong, though. He needed to be throwing out step-in deathcopter and step-in iFC3K (catches all techs), and do less 236B and 66A+B when not a super-close launch (catches right tech in that situation) against someone who either techs and JGs the UB or plays dead.

Also, his meter usage seemed very lacking. He mostly used meter for GI CE, which is good and all, but 3A CH confirm into BE is a very good tool, though maybe not in this matchup so much. CE block punishes and whiff punishes were also possible, though that's not easy. Wrong punish for aB as well. 3B has more range than 6K and will punish aB harder. Still, the punishes he did get were on point.

Really, he could have won. But those JGs on the suicide were amazing.
WOW, such inspiration, I don't use either characters, but this is definitely a match worthy of praise, very exciting to watch from both players, bravo!
I take my hat off to you good sirs. Phenomenal game. Your mind games and mix-ups are incredible. These are the games that make people want to play Cervy and Yoshi. And Soul Calibur for that matter. 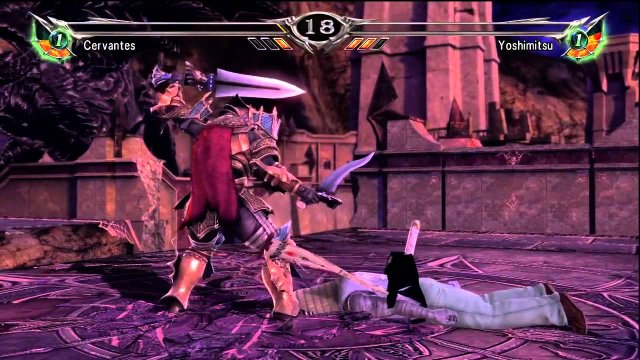