https://www.youtube.com/watch?v=s_rLamyBfcw
This is extremely helpful. Thank you!
The one thing that stood out for me is HOW MUCH DAMAGE MAXI DOES! o_o
Thanks, my friend will like this! As will I. :P
poor girl.
Good stuff!!! 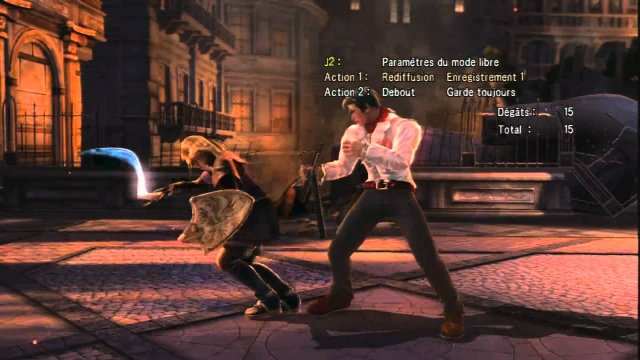 Angel Step K : This move is very unsafe (-26 on block). Never leaves that one un-punished.

Angel Step B : Pyrrha's signature move is only -16 on block, so punish accordingly. If you JG this move successfully, punishment up to i22 are possible.

Angel Step A : One of Pyrrha's best TC and anti-step. One hit only leave her at -18 on block, leaving enough time to confirm and punish. If Pyrrha throw the 2nd hit, it's quite easy to confirm it and do a late jump attack. On block, the 2nd hit is -16 on block, allowing some punishment.

Angel Step A BE : Here you can use the same the method as with regular AS A, using a late jump attack. It's also possible to confirm the BraveEdge and JG the 3rd hit. The guardcrush move becomes punishable then, with slow moves up to i29.

1K : An annoying invisible low move. This is only -15 on block, making a punishment attempt very hard for some characters. If you anticipate the move and JG it, you can punish with i19 attacks.

11AA : On block, if you got a fast FC2A, you can punish and interrupt a possible follow-up. On hit, you can JG the follow-up and then punish it badly. At last, the fully charged version of the 2nd hit on block allows a CE or AS B to hit. It's then vital to JG the move, something not that difficult with some training.

3K,K : A day-1 gimmick. We see here how to punish it if the opponent try to use this.

66B+K, A,B : The full serie is guaranteed on counter, but Pyrrha cant confirm it. The 2nd hit is a high, so it's easy to crouch under it and punish, the 3rd hit released or not.

66B BE : Her best Brave Edge attack, this move tracks almost 100% and hit grounded opponent very easily. On block, the 2nd hit is blockstun, but it's possible to JG it and punis hit with i17 attacks. A left step is also a possibility for some characters, but it's way harder to do.

WS [A+B] : A slow mid move that guarantee a CE or AS B on block. It's very easy to wait a bit, then confirm it's the fully charged version and react accordingly. A left step or JG can deal with this easily.

22k~K : A low attack that leaves Pyrrha at -3 on block and kill the guard meter in 11. It can be an issue for slower characters. Anyway you can react to this with a very late jump attack, or even JG. A JG leaves the move at -17 on block.

CE : Pyrrha's CE impact at i13 and pushback on block, meaning the -17 on block can be very deceptive when it comes to punishment for some characters. It's quite easy to use this randomly as a shoryuken-like attack. Fortunately, if you were standing or blocking when the freeze happens, you can JG the three hits. It cancels the pushback, and make it at least -29 on block, allowing very heavy punishment. It can be quite hard to do tho, but practice makes perfect. A step is also possible after JGuarding the 1st or 2nd hit.
Keywords
Tutorials
5     5     1,749