https://vimeo.com/385316731
Thanks so much! I'm so glad you enjoyed it. Yeah, it really is lengthy for a trailer. I should have titled it just fan video or something. XD I wasn't sure what to call it at the time, but I love the way the character trailers on youtube were presented. The lengthy aspect resulted in me trying to share the origin of my character from the first game that introduced the CAS mode, and made him out as a character that can travel from one dimension to another, portraying him as the same character from both the original and new timeline. From the Cadet in Grandall Empire to Conduit of Astral Fissures. XD

I hope I can do another one like this in the near future. :)
As it happens I was able to download this and watch it that way and as I have a moment I do have a few comments. First off, it's rather drawn out for a 'trailer', although I enjoyed how you were able to bring in elements from the series as a whole rather than focusing any particular game.

The way you've incorporated your character using the cutscenes is interesting and well done if not entirely seamless. I particularly enjoyed seeing the SC6 gameplay which is particularly interesting to me anyway as I've yet to really look into that myself let alone in any real detail.

All in all the details are fairly well implemented with the focus clearly on the series as a whole with your character as a focal point. Simply as a fan tribute to the Create a Soul modes of the various games I find it indeed quite successful. 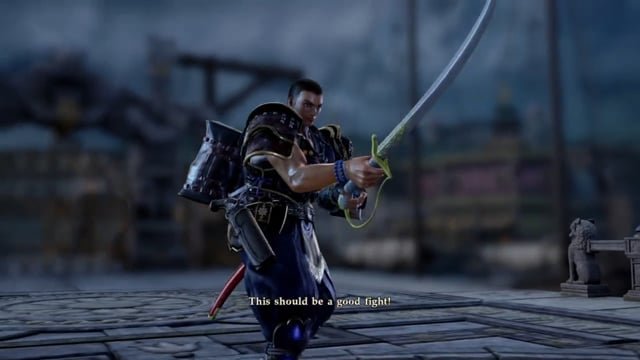 Mar 14, 2022 at 8:46 PM
Posted by Tenchi8
As a huge SoulCalibur fan, I enjoyed the character reveal trailers I have seen and had always wanted to make one of my own with a little throw back, and homage to the first "Create a Soul" mode made available. A indirect follow up to my "Interactive Warrior" video I made a long time ago, that was meant to have a sequel but due to technical difficulties and major setbacks it never happened. So in a way, it's a personal comeback of sorts, but mainly just for the sake of being able to make another fan video. I also drew my own character and added to the video like how they did the reveal trailers for the characters. Hope fellow SC fans will enjoy my fan video to such an awesome fighting game.
Keywords
Users
Game
Soulcalibur VI (2018)
Fanmade Videos
2     0     348