Does anyone know of any similar shooting games to Namco's Deadstorm Pirates where you don't have to reload? 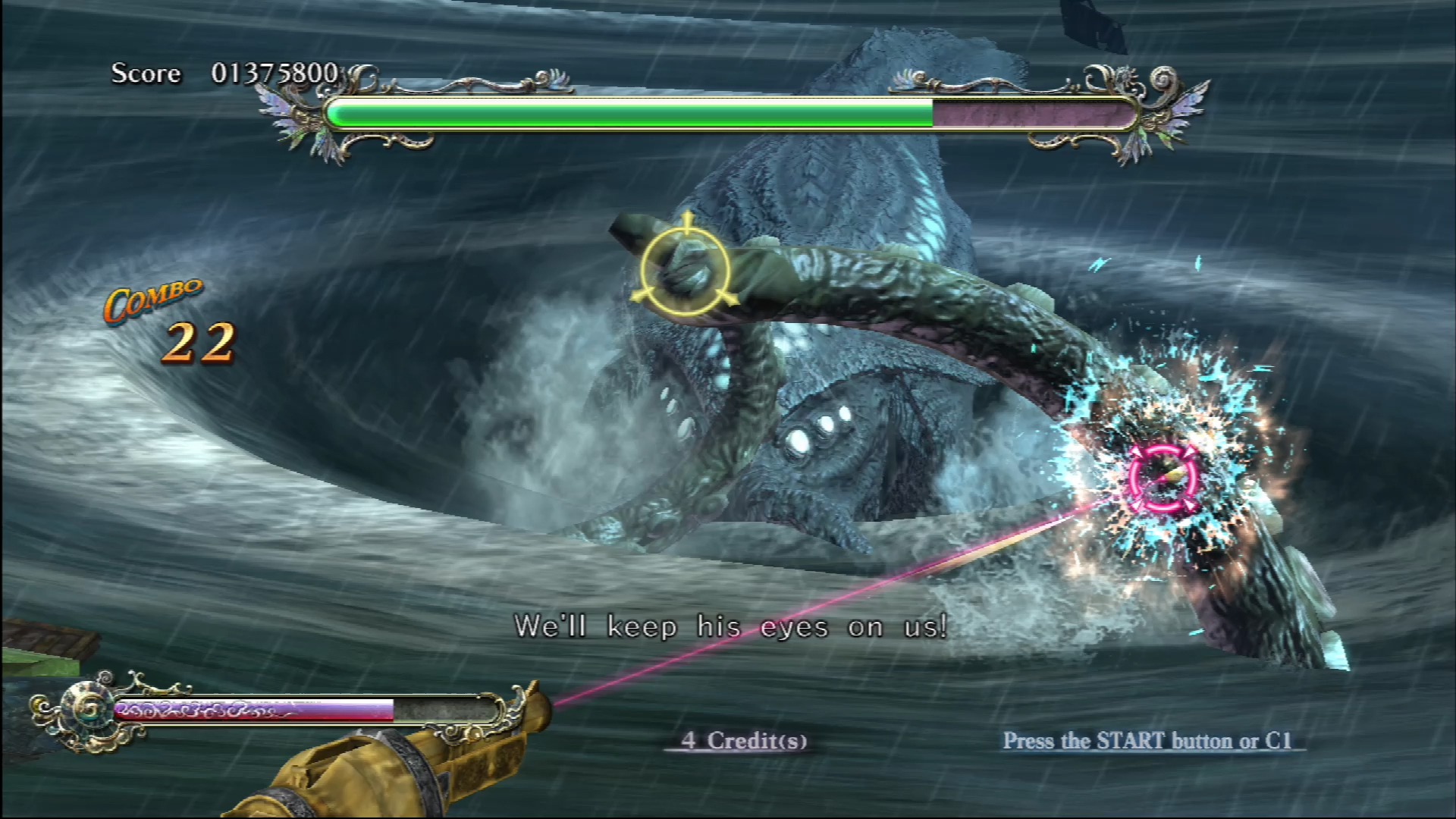 Although the arcade scene died in 1999 - devoid forever of Beat 'em ups - Racers and Shooters linger on in small surviving arcades, bowling alleys and seaside resorts across the country.

My 6 year-old son is part of this new world of arcade gaming. He began aged 4, but lacked the necessary skills to pick up most games, including the heavier light guns themselves. Naturally, his favourite type of game seemed to center around this new, emerging, sub-genre of Rail-Shooter - guided by targets without the need to reload - hence easier to get into the swing of and ideal for junior gamers.

Such a distinctive type of Rail-Shooter - made popular with the Jurassic Park, Let's Go Island and Deadstorm Pirates series - appears to have taken its own evolution away from typical shooters such as House of the Dead, Time Crisis and Virtua Cop, but was nevertheless still pioneered by Sega. Instead, the emphasis is on adapting one's skills away from repetitive reloading, to concentrating more on multiple simultaneous circular targets hit optimally in a certain order, to avoid dying. Often, some additional type of *very basic* interaction may be required besides shooting. Jungle Safari, Sea Pirates, and various wild and watery exotic creatures are the preferred themes - zombies having only recently entered the fray.

Unfortunately, most of these games exist only in expensive 5K-15K arcade cabinets - can work out very costly as part of a family day out. The Lost World may possibly be calibrated on the Supermodel emulator (personally, I could not get it to work properly); Maze of Kings should be playable in DEMUL Naomi emulator (I've not tried); Deadstorm Pirates is released on Ps3 (purchasable online thru the Playstation Store), but the Special Edition with 2 extra levels is arcade-only; Let's Go Island - Arcade PC-based - is playable at home through the TeknoParrot front-end. The rest are only available in small arcade resorts at sea-side towns where you would least expect to find them! Jurassic Park Arcade took 3 years to make, and Zombie Land is 4-player and available at London's Namco Funscape.

This sub-genre has recently evolved further - having transferred it's controls from laser light guns to physical pistols that shoot real water!