Share your self-made outfits for Taki here!
For edits of the base character only. Thank you :) 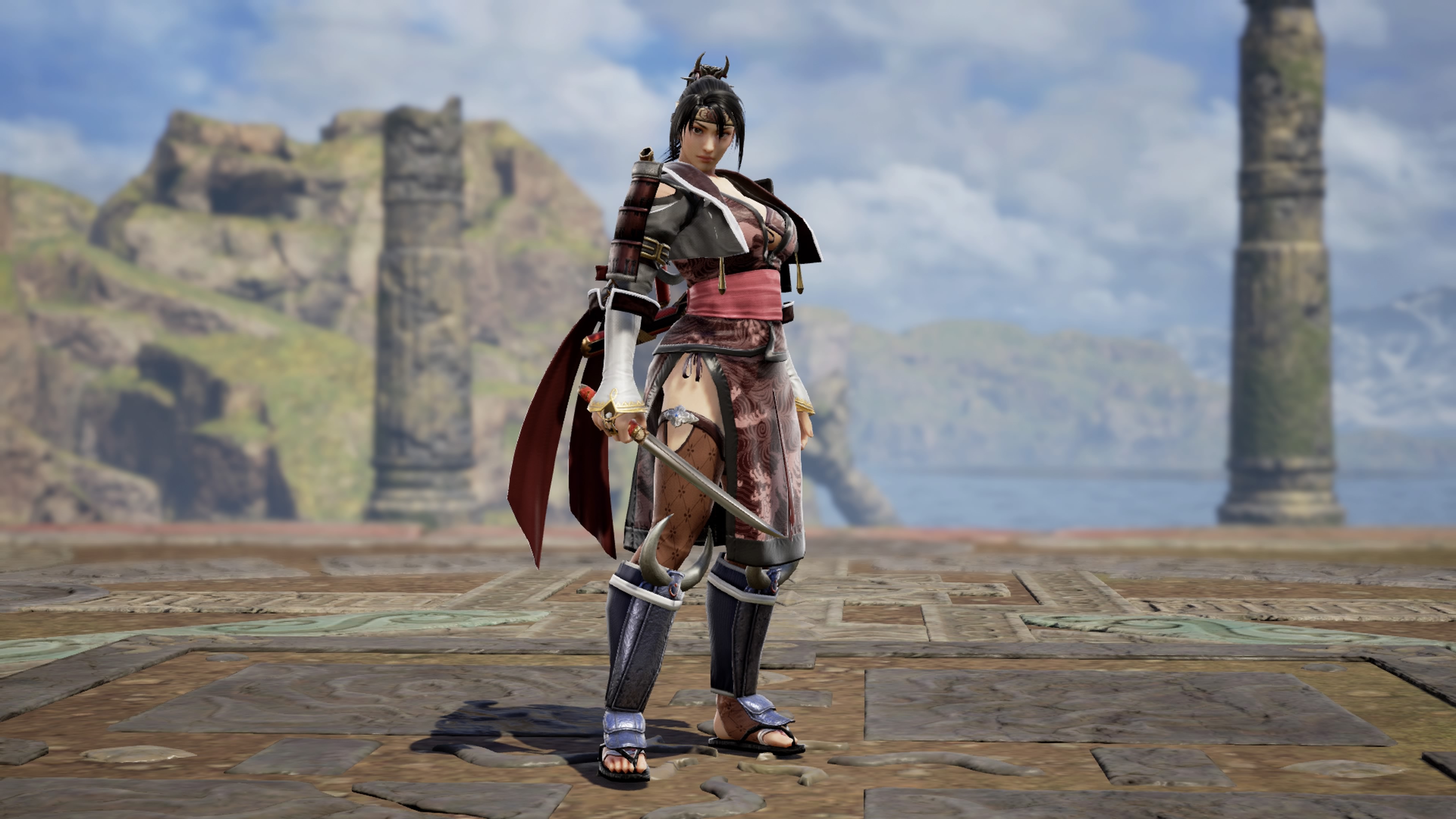 Though i guess you're just being humble, you should have more faith in what you create buddy. I always see you like: "tried", "gave it a shot", "got so far" etc. it kinda gets on my nerves. Don't be harsh on yourself, lighten up and enjoy your creations! :)

Tael said:
I'm mostly frustrated about how little options there are in the creator
Click to expand...

No need to be dude, your creations are/will be amazing anyway, i'm sure.

Notes: I found that I got the three aspects to Taki right here: kunoichi, blacksmith, and onmyoji. I was inspired by Fire Emblem Fates' Orochi, who herself is an onmyoji and incidentally best friends with the female ninja of that game. I thought I'd use the Spy Robe for Taki, but something told me that the lovely sarashi on the Blacksmith outfit was the way to go. Funny enough, one of Taki's daggers does make the forced hammer stand out less.

Also took in mind that she tends to favor blue as a secondary color and also has a tendency towards headbands in her alts. I was initially unsure about giving her the Slops but they look better than I thought. Also wanted to consider makeup, but her face looked lovely au natural. I didn't want to do yet another character wearing Hakama either.

Spellcraft, buddy, this is fantastic. I love the choice of gloves to add a bit of uniqueness and it gives the whole thing a more interesting silhouette, and ties with the belt nicely. And I didn't even recognise that as the Blacksmiths apron at first. Nice. Really nice. 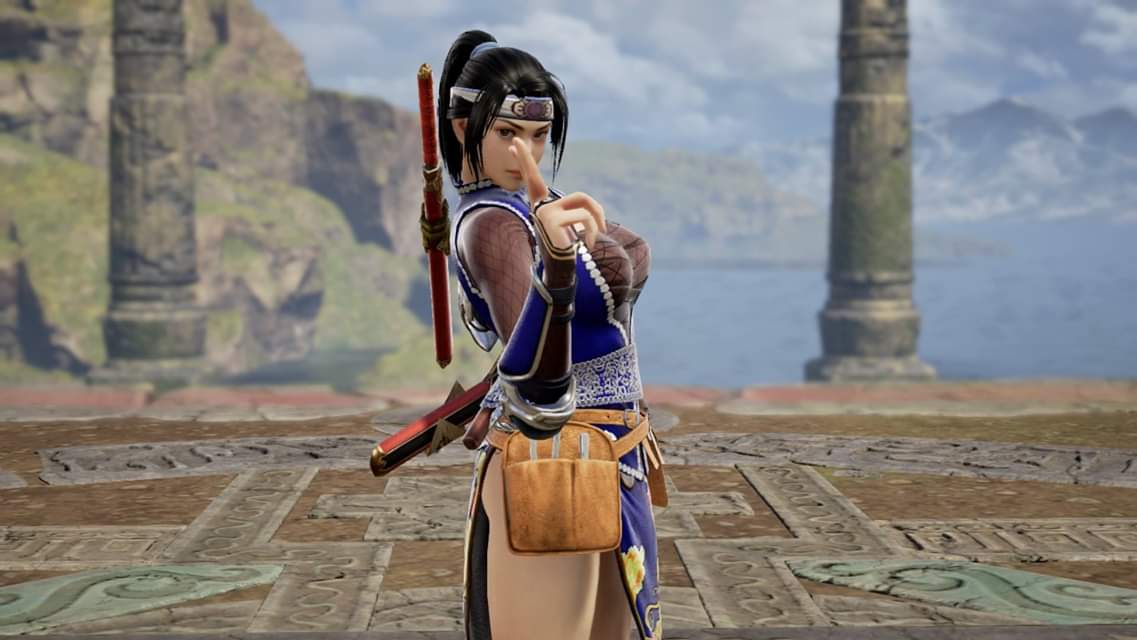 And thanks @WindupSkeleton. I was honestly worried that my CaS-ing isn’t as good as I thought it was due to my page’s lack of views. Felt like I was doing something wrong. Honestly the fact that my alt is a little more conservative would also be a bit controversial but I never realized how perfect the blacksmith too with Xianghua’s gloves were for a ninja...

SpellcraftQuill said:
And thanks @WindupSkeleton. I was honestly worried that my CaS-ing isn’t as good as I thought it was due to my page’s lack of views. Felt like I was doing something wrong. Honestly the fact that my alt is a little more conservative would also be a bit controversial but I never realized how perfect the blacksmith too with Xianghua’s gloves were for a ninja...
Click to expand...

For pageviews I think it's more or less people just playing the game. I couldn't say, you've always had good stuff though so I'm not sure. At the minute there's a lot of posts in the "character edit" threads so it's probably burying galleries, but I expect that to die down over time.
And yea I understand that, but I never saw Taki as sultry. Don't get me wrong, nipple-prominent skint tight suit isn't just about manoeuvrability but when you compare her to Ivy she comes off as downright wholesome in places, and your alt certainly works and feels like something she might wear. I like how you took consideration with the headband too.

Keep posting stuff around and collate them in your thread, you'll get the views you deserve I'm sure. :D

Haha indeed! And thanks. I’m working on doing classic Soul Blade costumes and/or alt costumes for all the characters so be on the lookout for those!

Also how did you hide the blacksmith belts on yours? Is that just because of the pants?

The training belt removes the tools.

Nice! Thanks for the tip!

Granted, it's more thematic than a proper depiction of the way the Shinto goddess is depicted, but it looks cool and when the options are as limited as they, what can you do? 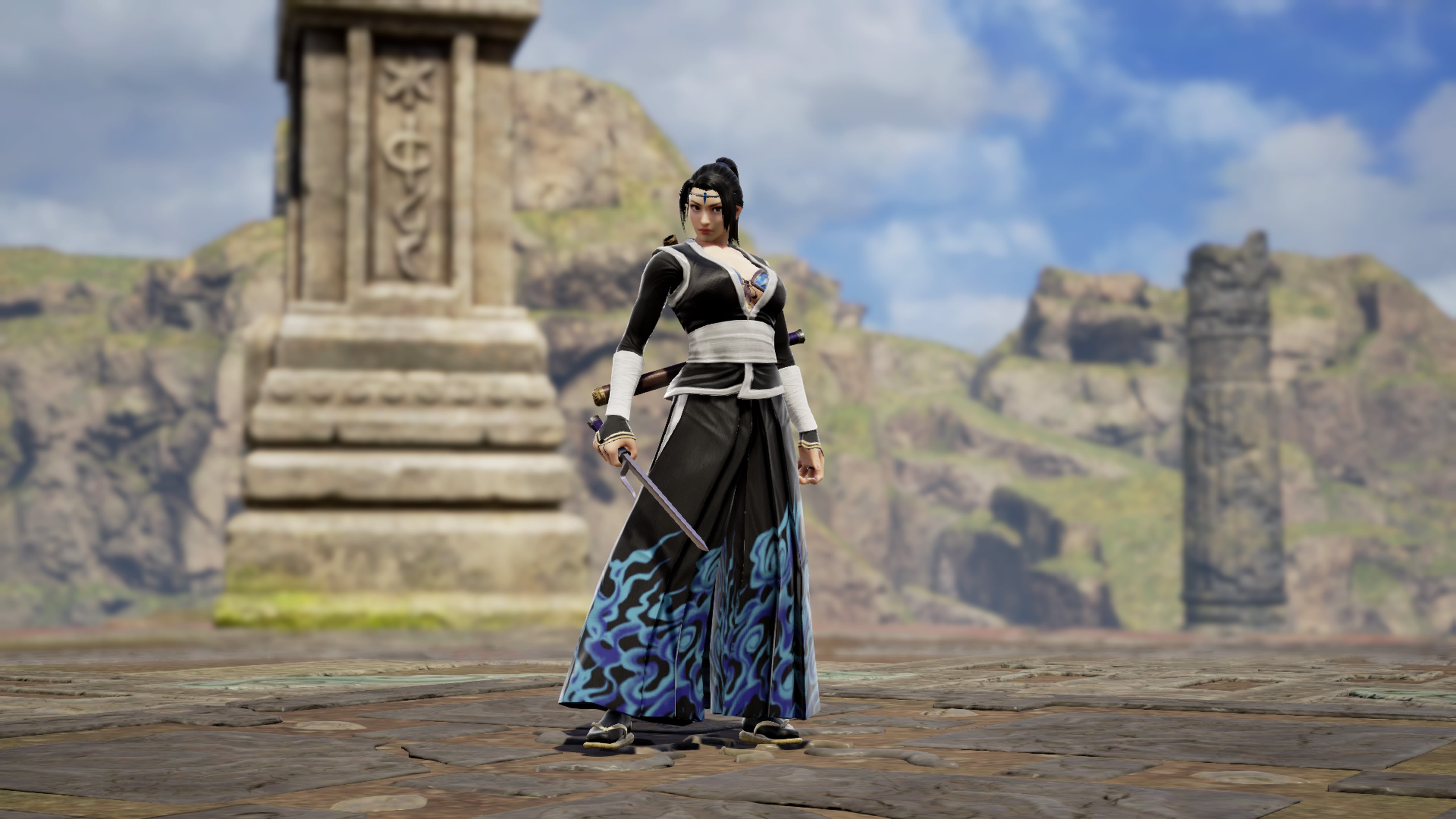 Went for a very simple edit, although I expected the pattern to look better, if someone has a better idea on how to do this I'm all ears.

Based on her kimono concept art stuff. 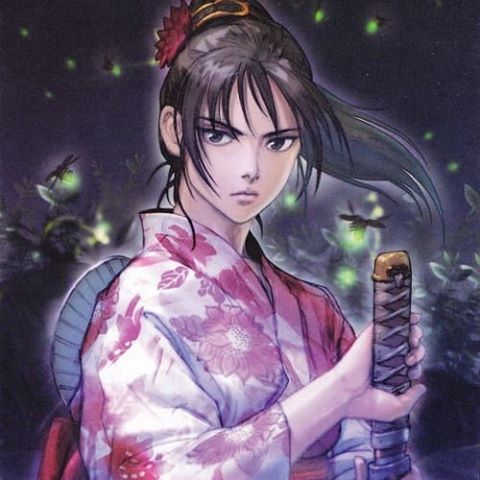 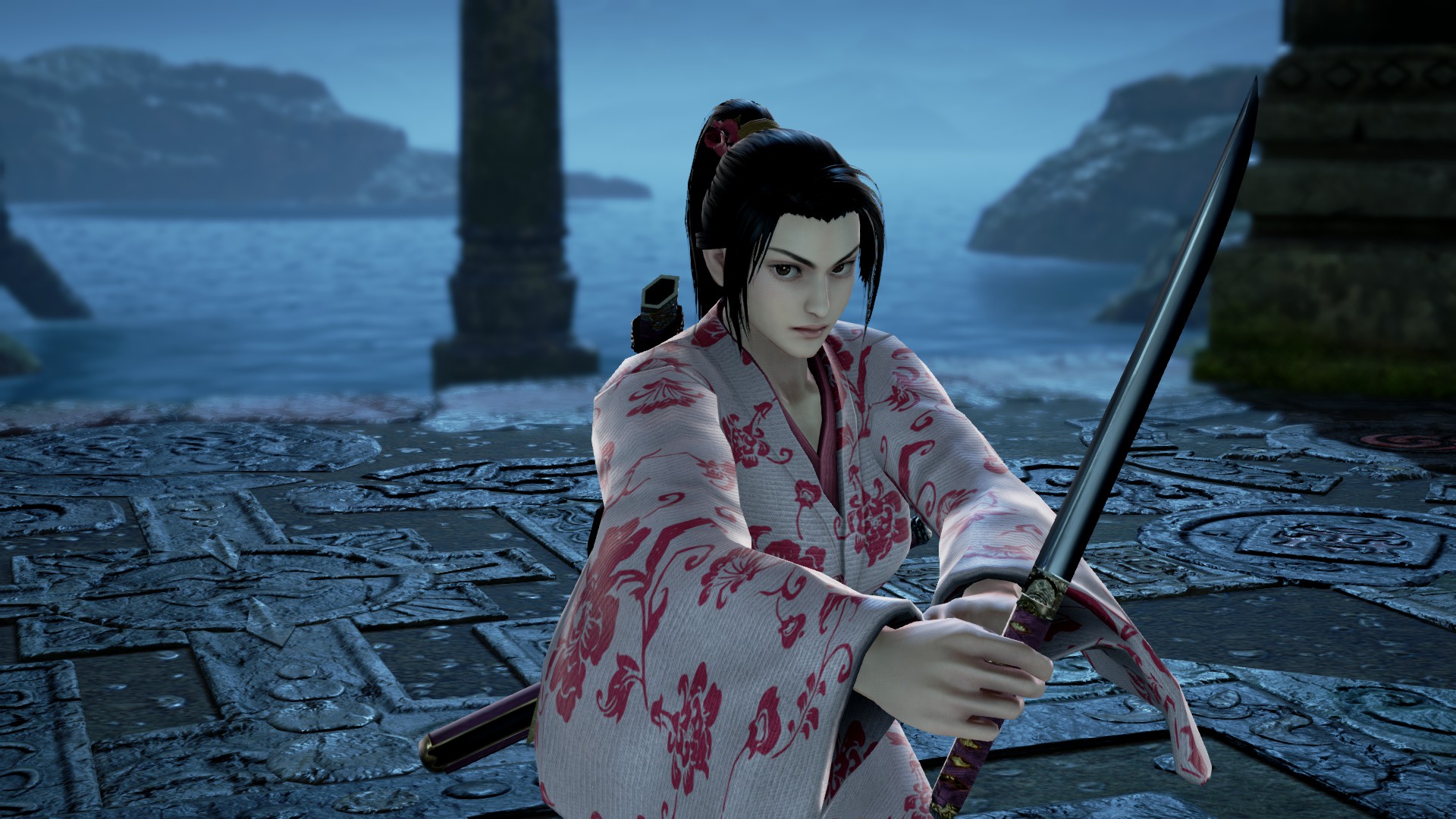 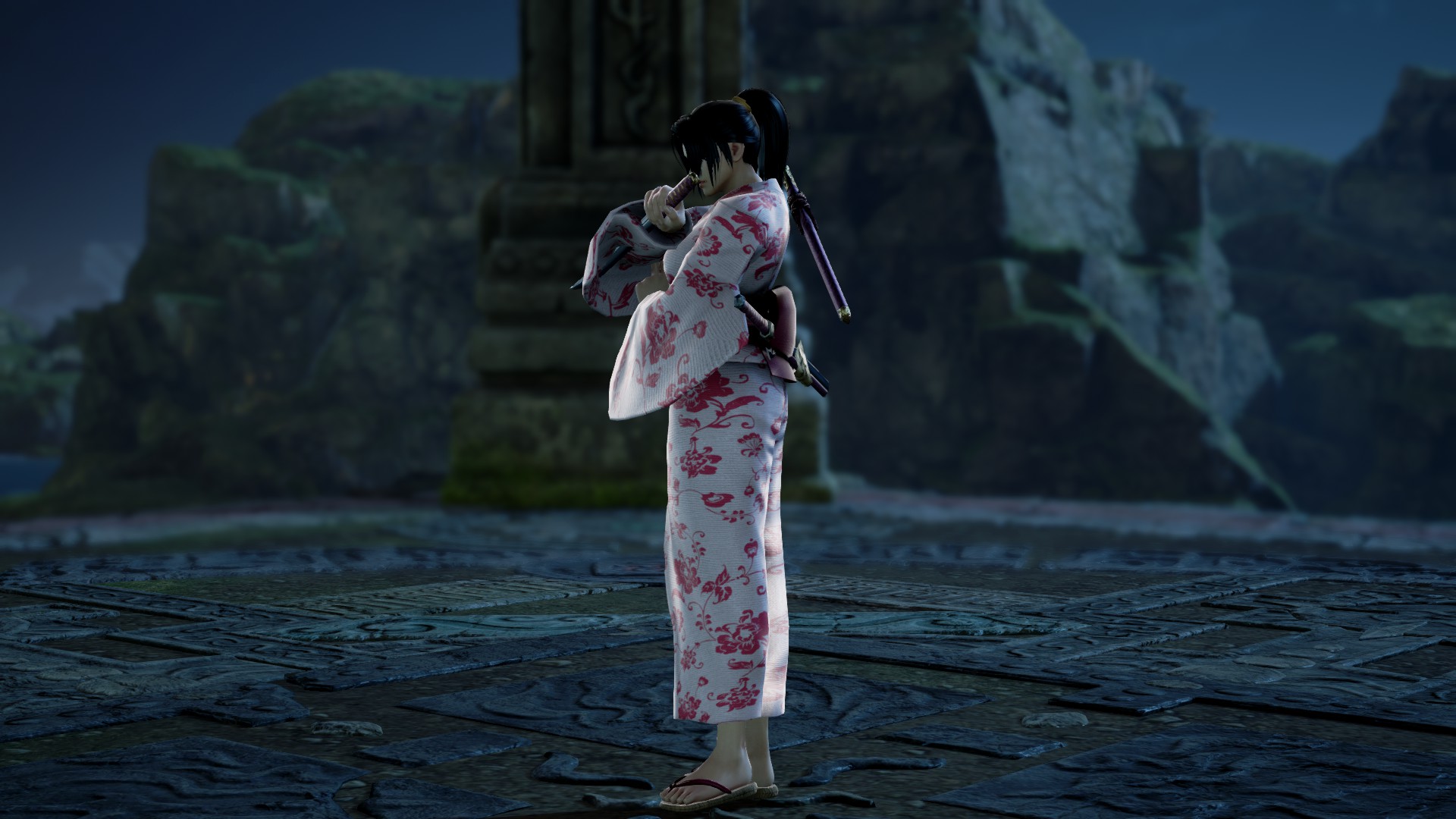 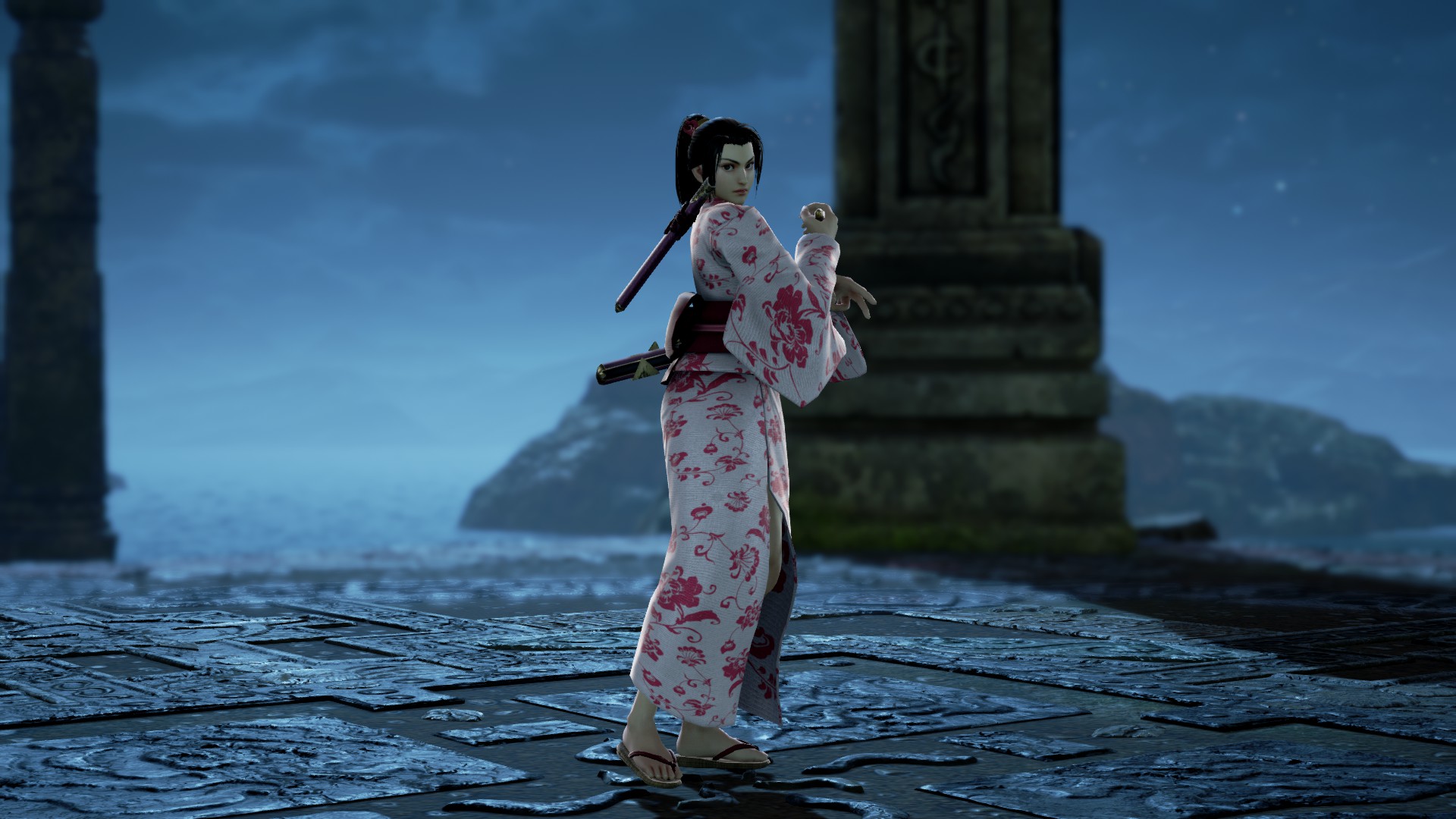 may i ask how you got those marks on her forehead? would love it for my recreation of her SCII 3P
Last edited: Oct 14, 2019

There is a make up option that has those