OK...so...I'm coming back to this topic again, however, due to the release of Setsuka, I was wondering, has anyone unlocked her purple title? Which should be "Drifting Snow Blossom". Outside of Tira's title which is unlockable in-game, the other DLC characters usually have their purple titles unlocked after installing them due to the fact that they have no character specific battle in LoS outside of the "master of [weapon]" title facing their "Ancient" battle after winning. Though I'll be trying out if scale changing would do anything or find other ways to trigger it, and if not, I assume its probably an oversight, and asking the devs may help out on this issue if getting this title may be broken at the moment.

Other than that, 2B "Ancient" fight still never got fixed. And the "Soul of" titles are still the same unlock requirements as usual.

I got it just fine: 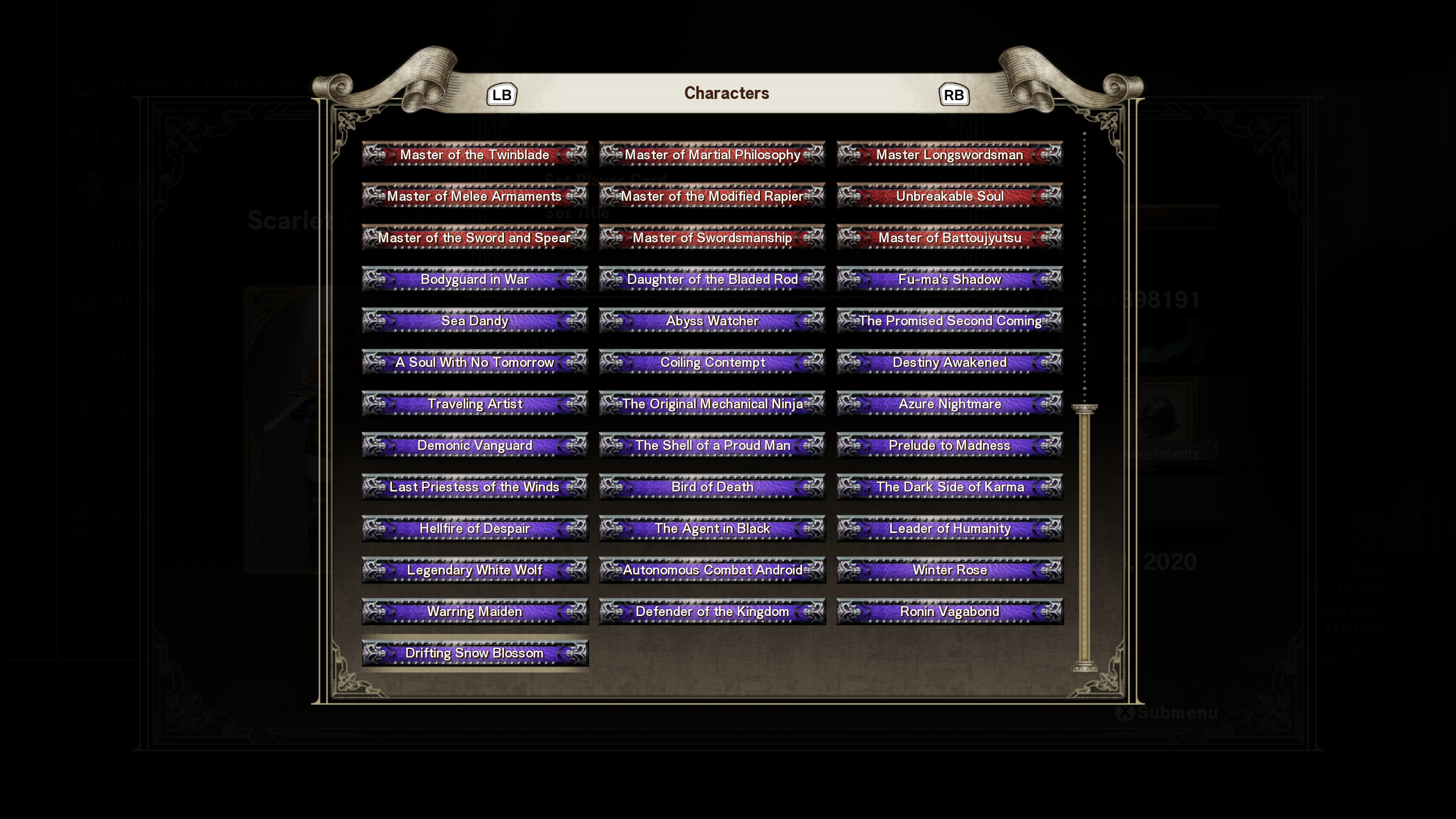 I didn't do anything special, just kept on playing my "has all the styles mastered" character, mastering Setsuka's like all the rest, fighting her Ancient (level 80, of course), and unlocking the title. If you fought the level 72 Ancient and it didn't unlock, it may be an oversight there, is the only thing I can really think of.