This coming weekend will have a lot of hot Soul Calibur action to check out with GVN Winter Brawl 5 in Philadelphia, PA, and with World Game Cup in Cannes, France.

GVN Winter Brawl 5 will feature singles and a 3 on 3 team tournament for SC4. After NEC XI, I could not wait for this tournament to get here since I did not compete in the singles tournament where RTD blew away the competition using and dressed as The Apprentice. 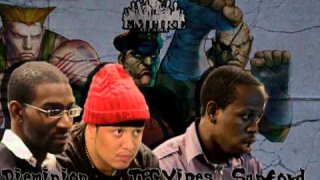 GVN Winter Brawl 5 Trailer
World Game Cup will also feature singles and a 3 on 3 tournament for SC4, as well as the World Team Cup which is the main event of WGC where the World's Best Nation in SC4 is crowned. Back in 2004, the United States defeated France in the grand finals. In 2010, France defeated the United States in the first round and moved on to later defeat Italy in the finals to win the WTC. I'm disappointed that there is no Team USA for this year, but I am glad that the community was able to help thugish_pond get to Cannes to defend his title as last year's singles champion.

If you can't make it to either tournament, be sure to check out the streams for each tournament once they go live. This is also the first time that World Game Cup will be streamed live on the internet which I am really looking forward to. So make sure that you check the following links for more information, and I will see you guys live from Winter Brawl. Get hype!