https://www.youtube.com/watch?v=fyQurDXkirA
Omfg xDDDD I know this Song xDD Look's Like Vlad=Emon and Danger-Bathor (Authors of this) where very boring xDD Ps... RAPHAEL YOU PERVERT ! D=
I hardly agree with Talim being the same size as Tira XD Tira is small B, Talim is A. And Mi-na is in no way a D cup! XD Apart from that... this made me go wtf! o_O XD
Aye Carumba !!!!
I like it. The music is actually pretty fun to listen to, and i don't have any problem with the subject.

At least SC has this variaty in cup sizes for the female characters, unlike some fighting games...
lol, just lol...
..for hephaestus XD
yeah, raph is a pedo..

not disturbing nor plain genius, just funny for me

oh yeah the singer sounds like american guy in a japanese-themed movie
Rotfl um ashtoroth? H? haha lol man. only funny part of the video. And I agree, poor Amy. Do you see how her father has her dressing? How old is she 12? Any way being a female not sure how to really look at this.
I'd say mina's and Cassie's were the same size in 2 and 3, but Mina's became bigger in 4. Not the point. It sounds like fake japanese to me, as in some idiot saying things that most other's would think are japanese.

I only think Hwang made an appearance because he was mentioned in Yun Seong's story.
That doesn't sound to Japanese imo
poor amy. . .
her father's a pedo. . .
just kidding!
i wonder whos singing? i almost thought it wasn't japanese
Oh no... *faints*
wow just wow........
lmao to funny i never seen this but its pretty damn funny.
The statue's expression to Sophie is just priceless! XD
I aint get it though.....lol ^_^
i aint watching it cause the best way to lead men into something is by using females and on everyones reaction it aint wat its appose to be O_o
LIES! Mina is NOT bigger than Cass!
I know what you mean Jaxel, Astaroth is up to an H cup for Pete's sake.
loooooooooooool
umm. . . What the hell? 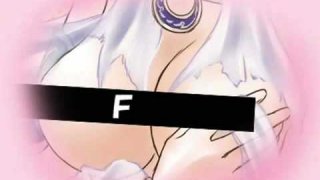 Nov 21, 2008 at 10:53 AM
Posted by Jaxel
Yeah... I'm not sure if this video should be considered disturbing, or just plain genious. Either way, the Japanese are some screwed up kind of people. Although, it's what sells to us gamers, thats why certain characters have been getting more and more well-endowed as the series has moved on. It's getting kind of obnoxious and insulting if you ask me... But what can you do? Well, besides continuing to buy these games as the years go by...
Keywords
Fanmade Videos
20     8     7,754