Taki started off with 1 Sword, Rekki-Maru, in Soul Blade/Edge
In Soul Calibur I-IV she had 2 Swords, Rekki-Maru, Mekki-Maru.(Part of Soul Edge somewhere in there?)
I think it's time to take the next level and give her a third Sword, Oni-Maru or whatever.
She could use all of them in throws and attack/air throws.

Like, when you do 33B as Just Frame or Critical Edge attack, she leaves the sword in the opponent and slashes with the other 2.
Or take her SC4 air grab and make her finish it with another stab.
She could also just alternate with the weapons during combos.
Give her LOUD unsheathing sounds.
A new stance for the 3rd sword would be nice, or just make her use it from Wind Roll (Side) or Stalker (Side) More attacks needed here.

Does she need a reason for anything? She's a crazy Ninja.

Edit: A reason for alternating weapons and loud unsheathing sounds is that it scares the hell out of people lol.

if there is no need for it then why put it? ..I dont think its sucha good idea

Maybe she could strategically place it on the map and have it return to her. It would hit characters from behind like Litchi Faye-ling's staff from BB. 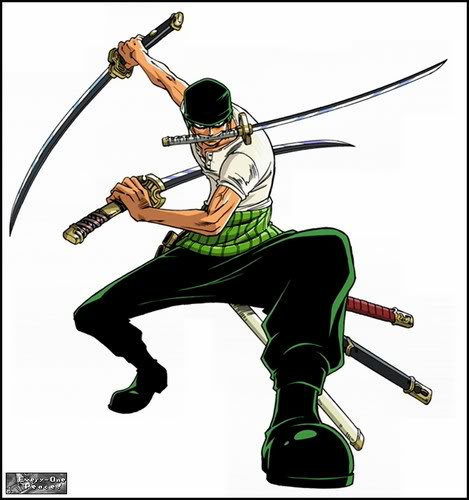 ArcticKomodo said:
Maybe she could strategically place it on the map and have it return to her. It would hit characters from behind like Litchi Faye-ling's staff from BB.
Click to expand...

Doesn't have to be just to have this work.

I can imagine her having her "hover" animations in more moves.

ArcticKomodo said:
Doesn't have to be just to have this work.
Click to expand...

I'm not saying it does, but it makes things a hell of a lot easier. Sides, both of the suggestions on this page make Taki needlessly complicated.

Just add some throwing daggers to her arsenal and call it a day.

That is a good idea indeed!
But were exactly will the third sword be placed?

Not intended to be an insult, but Taki is too simple.

Bangoo said:
Were exactly will the third sword be placed?
Click to expand...

In between her cleavage.

Since the sword she has infused with Soul Edge has always been used for her 'power' attacks, she could have two or 3 different stances, changing the sword she uses in her off hand from the Soul Edge infused one to a normal one to go for more 'speedy' attacks (fast and/or low -frames on block) or use the Soul Edge infused one for more 'power' attacks (more damage, guard breaks, etc). On top of that, her base attacks would be the same but her strings could alter and she should have an ability like Ivy to switch styles on the go, allowing for more mixups and creativity. If Project Soul did this, I think I'd have no choice but to play with Taki (or a new ninja, Taki's 'protege'). >_>

And, yeah, as for it making sense, the proof is in the pudding. The story of Taki's Soul Edge infused sword has always been that she can't use it for extended periods of time due to the power it emits (such as her PO B and whatnot), so she could get a third sword for more practical use.

Here's to hoping though. =(

ArcticKomodo said:
Not intended to be an insult, but Taki is too simple.
Click to expand...

QFT!
In SC2 you were able to vary and cancel and delay WAY more which was 3 times more awesome.
Even though SC3 Taki was uber tier she was boring as hell.
SC4 Taki is better than 3 but worse than 2.

I think how complicated/VARIABLE she gets and how useful her 3rd sword is depends on the developers.
If they make her sword changing too slow, that would be stupid of course.
But if they make it good it would look and sound totally badass!
And be fun to play.