I was totally in love with Cassandra in earlier Soulcalibur games you redid her well here...

Atom45 said:
I was totally in love with Cassandra in earlier Soulcalibur games you redid her well here...
Click to expand...

Oh thank you very much my friend!

Hello my friends, it's been a long time, again! Now with HaohMaru's entry in the roster and with the new stickers and creation parts I did some updates on my cretions! I recreated Taki's 2p costume, I used Nakoruru's robe and some parts, finally I found the suitable stickers for Maxi's 4p costume which is based on his SCII outfit, Ivy's 2p and 3p costumes have new earings, Sophitia's 4p costume has many changes, Amy's 4p has a small hat, Cervantes's 3p has his signature inner bodysuit from SCI and SCIV! Hilde 3p and Zasalamel 2p have new stickers, their signature emblems! And... Yeah HaohMaru is customisable I created for him a 2p costume which is actually Mitsurugi's 3p costume from SCII! I also replaced all of the pictures of the updated creations in the previous pages of my thread. That's all, enjoy and have fun! 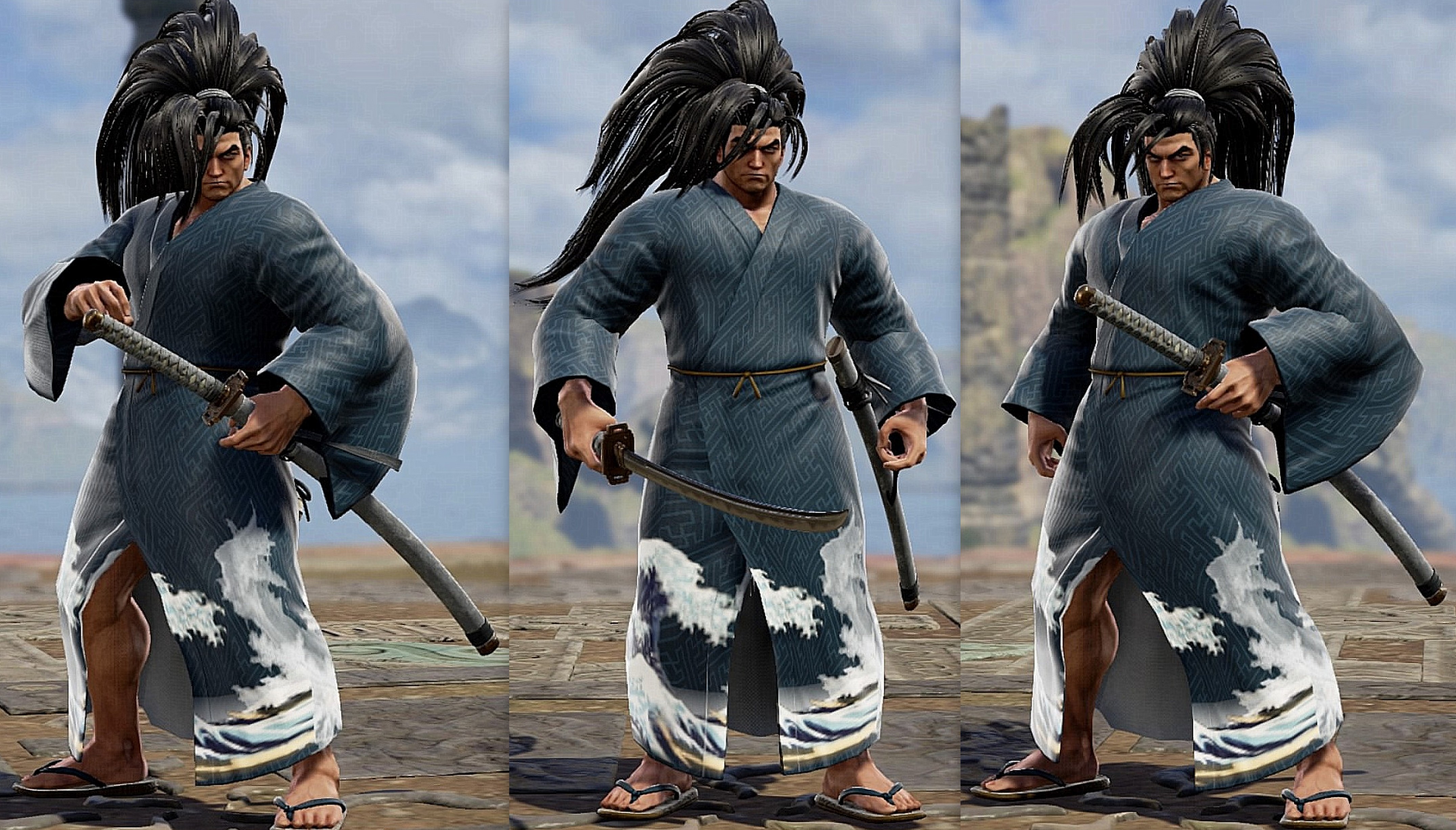 Hello my friends, I really wanted to create something new, all of these times I only did some edits and updates to my existing creations, so I decided to create something new! I thought about minor characters of SoulCalibur universe. And.. Behold Geki and Maki! Forget about how they look in Taki's story in SoulCalibur VI, I created them just like they appeared in SoulCalibur "Legends" for Wii when it was released in 2007! I tried to touch their original looks and I think that I am almost close and believe me Maki's demonic leg is too hard to be created. LOL! Enjoy and have fun! 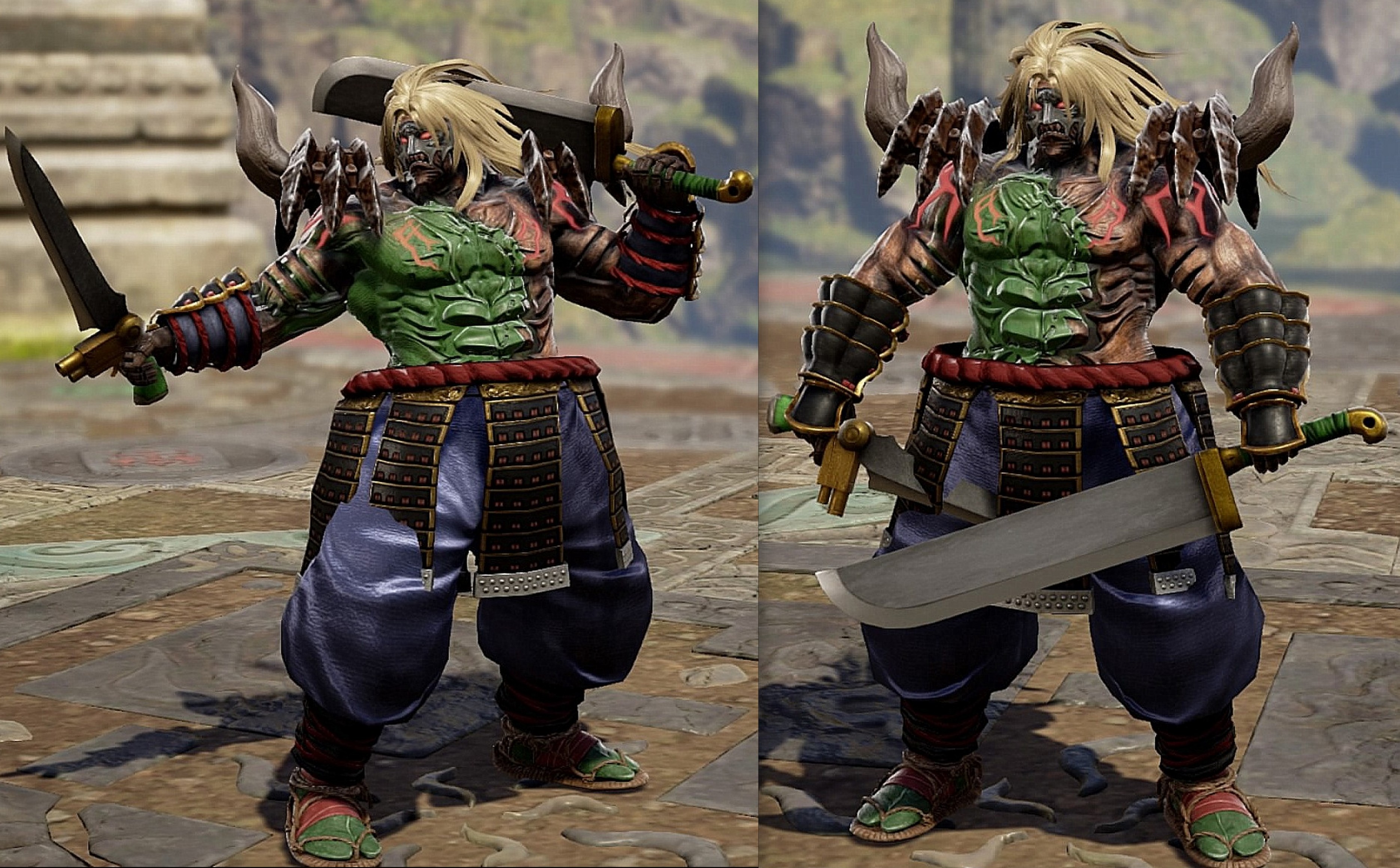 GreekChris93- do you noticed that i do minor characters too? DanteSC3 did the same

Kostas- you did very well! as long as i will keep my SC6 version of Geki and Maki as seen in Taki's story

the truth is i never played Soul Calibur Legends. i hate Wii remote thingy it's why. i prefer playstation controllers for my PS2, PS3 and PS4
Last edited: Apr 12, 2020

TiraRules said:
GreekChris93- do you noticed that i do minor characters too? DanteSC3 did the same

Kostas- you did very well! as long as i will keep my SC6 version of Geki and Maki as seen in Taki's story

the truth is i never played Soul Calibur Legends. i hate Wii remote thingy it's why. i prefer playstation controllers for my PS2, PS3 and PS4
Click to expand...

Thank you! Yeah Wii remote controller sucks, but it was released a regular controller just like PS and Xbox! BTW I had played SoulCalibur "Legends" at my cousin's home who had Wii and the game and it was so fun game with interesting new characters, but it isn't canon to SoulCalibur story.

LOL thank you so much Chris! Yeah the lockdown to our homes made me inspired, I have many ideas for new original characters and maybe I will do more minor SoulCalibur characters!

Hello my friends, I continue to create minor SoulCalibur characters. Today I'll show you Wilhelm von Krone and Lucius Alexander! I tried to created them just how they look in Hilde's and Sophitia's stories, too bad that we can't see their full bodies, but I used my imagination and inspiration to create them. I hope you like them! Enjoy! 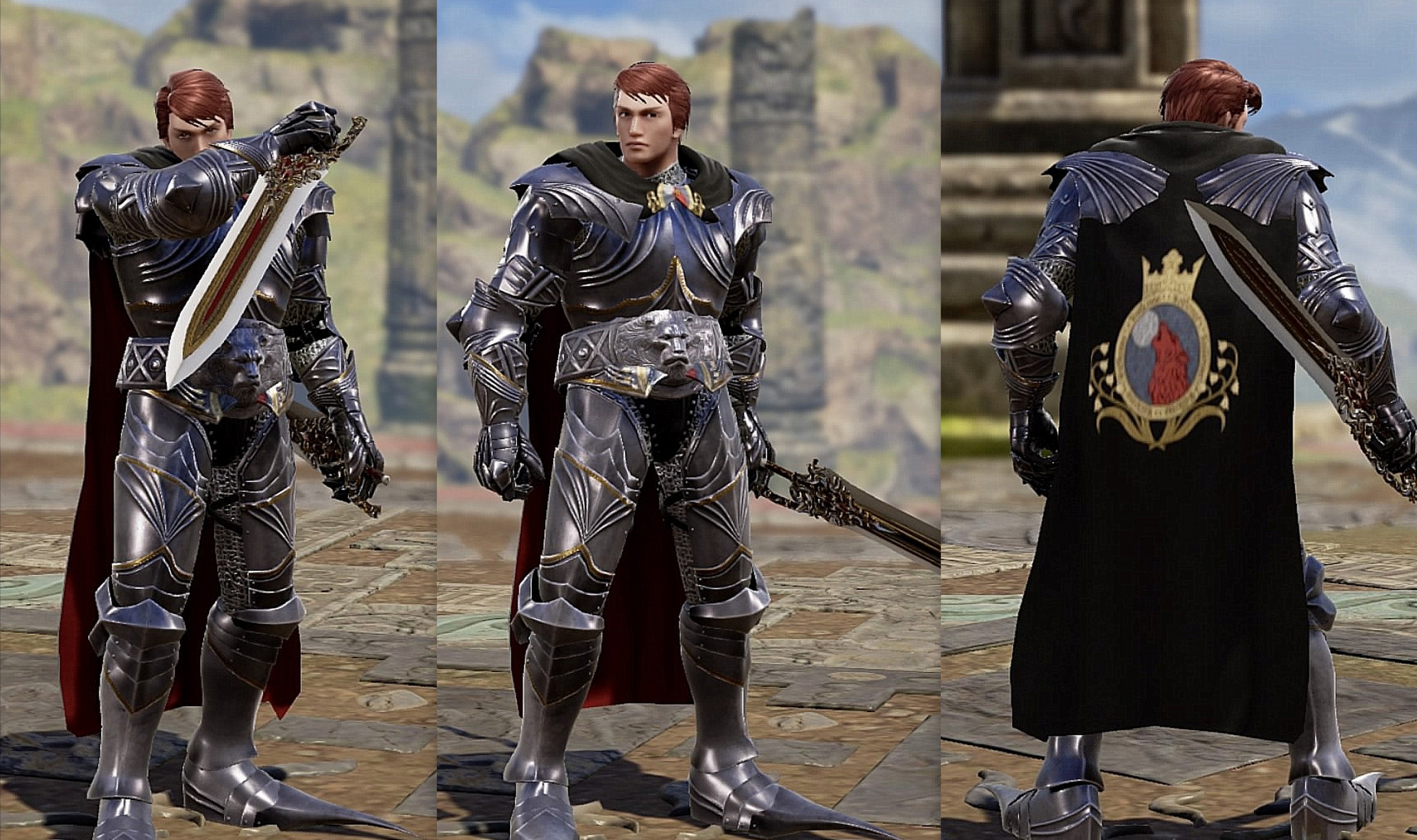 Whoa.. slow down, Kostas.. i need to create Scheherazade, Picks, Sakon, Shark, Solnhofen and Ukon. i also need to re-do Phantasm because of his mask. Leather Mask Comb don't look right. hope next DLC will have a normal Leather Mask then i will give it to him.

by the way, Wilhelm is my idea. but i don't like Steel boots so i might will give him different boots

Nice as always! I especially like Geki and Maki, and Wilhelm looks clean too with that cape.

Not sure how I feel about the chestplate on Lucius, it looks a little huge for him.

Kostas you did an excellent work as always your new creations are all so cool....Geki looks so close to his legends appearnce... Wilhelm looks so badass with that cape... Maki looks so beautiful and exotic and I'm in love with your Lucious.....!!! <3

@TiraRules Thanks and good luck to your creations!

@PlatinumPippa Thank you very much! Yes Lucius's armor looks heavy for him, but I wanted to created him to looks more like a warrior! BTW this armor looks huge in everyone LOL

@annasoulcalibur Thank you my dear Anna, I am so glad that you like them!

p.s. Thank you all maybe I will create some new original characters! Any ideas to be inspired?

Hello my friends, it's been a long time since I created original characters, but today is the time to show you my two new original characters! A Spanish swordsman Rodolfo and a young girl pirate from Japan Reiko! I hope you like them. Enjoy!

Rodolfo was a famous Spanish swordsman, he participated in a many Spanish Swords tournaments and was victorious to all! With the money that he earned as rewards from his victories he and his family lived a wealthy and comfortable life in Madrid! One day the Sorel family sent him an invitation to join forces in the Sorel family, but actually this was to assassinate someone, his target was two people Raphael Sorel and his foster daughter Amy! The money reward was huge for him and he accepted, but one day he informed about SoulEdge power, Rodolfo thought slyly that this sword would give him the power to assassinate their targets easily, without any information about Raphael's and Amy's whereabouts and where the cursed is he began a long journey in order to meet his targets and SoulEdge!

Reiko was born in an agricultural family in Okinawa in Japan! Her father was a great farmer and a very skilled person, Reiko learnt how to fight by her older brother in order to guard her families fields. One day her parents affected by a serious desease and she informed that the cure is too expensive, she decided to be a pirate, it was a hard choise for a young girl to be a female pirate, she thought, but this was the only way to find gold as fast as she can. She learnt about the pirate Maxi and without fear and hesitation she decided to join his crew.

You know i got a -gigantic- soft spot for SC universe past/minor/npc chars, so i ever watch with pressure this thread... but in your case i like see also the OC stuff

You're one of the few that actually put effort on create credible OC stylistically coherent with SC world, this to me ever double the score

Gatsu said:
You know i got a -gigantic- soft spot for SC universe past/minor/npc chars, so i ever watch with pressure this thread... but in your case i like see also the OC stuff

You're one of the few that actually put effort on create credible OC stylistically coherent with SC world, this to me ever double the score
Click to expand...

This comment from a very talented CaS artist made my day! Thank you my friend Gatsu. I'm trying to be improved day after day and I'm trying for my best as I can and also I love what I'm doing, I love SoulCalibur.

Hello my friends, I'm here today again to show you two SoulCalibur characters, the "beings" of the Soul Swords! Charade for SoulEdge and Elysium for SoulCalibur. Enjoy!

NOTE: (SoulEdge evil eye is a photoshop, I used the ball from the plus equipment parts to make the evil eye on his torso, but in creation mode it doesn't allow you to put an eye sticker on the ball)

no offense, i'm not a big fan of Elysium as well SC5's new characters like Pattycakes, Not Sophie, the chick should be Kilik's daughter, Xiba and ZWEI
you can see why i hate SC5 so much..

i wish we can do Charade as a human. i also want to see what Chie's father, Hachibei look like
but, there is another ninja named Nki, he have a bandages all over his face

i use Paint,net for the circle so you can see him in this picture 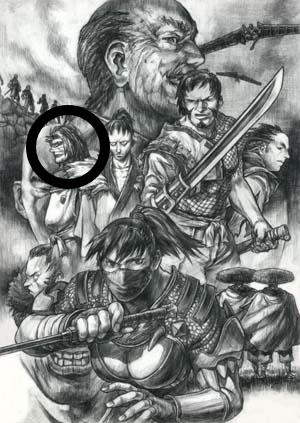