Olcadan is a character in the Soul series of fighting games. He appeared in Soulcalibur III.

Once, in an age now found only in myth, there was a man called Olcadan that was skilled in every fighting style. With one single exception that ended in a draw, he had been completely undefeated in the innumerable duels he had fought. He then turned his eyes to the gods. He fought and defeated a great owl that was the messenger of the god of war. The angry god cursed Olcadan, turning his head into that of an owl. Upon seeing his curse, the people tried to obtain the gods' forgiveness by capturing Olcadan. Sorcerers known as the "Sages of the Oak" were sent after him. They took advantage of the vow he had made in order to become strong and captured him.

The god of war appeared in the form of a headless owl, and sent Olcadan down into an ancient ruin that sprawled deep beneath the earth. Unable to find an exit, he gave up and resigned himself to his fate, falling into a deep slumber.

The power of the Evil Seed, however, broke the seal of the labyrinth and Olcadan managed to escape. Stepping out from the labyrinth for the first time in an eternity, he learned that the world outside had changed greatly since his era. He was not particularly troubled by this, however. Those great evil waves that had interrupted his sleep were undoubtedly the greatest power of this era. He learned to survive in this era by teaching people the fighting techniques that he himself had developed, and over the course of several years, gradually learned about this era. Then in order to restore the combat senses that had dulled over the course of his long sleep, he once again cut off contact with the world by holding himself up inside the labyrinth. He will challenge the most powerful opponent of the era. That opponent is a pair of swords that had been young and weak in his era. But those weapons, crafted by the hands of men, now rivaled the gods! 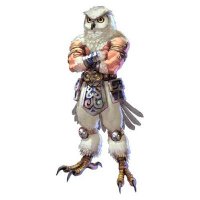 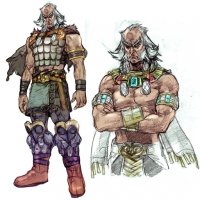 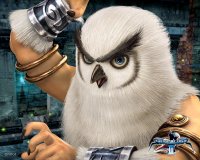