4B is really growing on me. That high step is only -5 on block does great chip and it actually keeps Pat in fighting range.

The damage on 4B is pretty good too. I love throwing it out when people get predictable with high attacks.

That's all you need.

Forgot that 4B broski.

SUPER-8 said:
Forgot that 4B broski.
Click to expand...

Not gonna lie, I never use this move.

Fallacy said:
Not gonna lie, I never use this move.
Click to expand...

You have dishonored this kingdom. Leave my presence AT ONCE.

I've been liking 4K recently. It's a frame slower than BB but feels like better range, can be used FC, is a frame better on hit than BB, a frame worse on block(still safe save aPat's CE), Body Attack so it punches through a lot of aGI's. Has similar range to 1K. Find myself poking up with 1K, 4K, 3A at the end of rounds at the tip range of each of these moves. Anyways my true 10 list would be
1)Basics(B/BB, Throws, 2A, AA)
2)1B: neutral on block, tech crouch, good damage on hit, I'm not sure about the guard-burst properties. Shoddy hitbox but it works well when your opponent starts respecting your advantage and lets you continue offence with quick pokes/evasive stuff.
3)66B: shouldn't have to be explained really. great damage on hit leading to oki, good range, does decent guard burst damage, and only -2. I've actually had some success attacking after this with basic pokes or stuff like 236AB/3A etc.
4)1K: +2 on hit low, grounded, tracks step it seems, unseeable animation, keeps you close. On hit you have a slew of options, especially if you start making your opponent respect the frames it gives you.
5)11K: little overshadowed by 1K but feels like it's got better range and YOUR longer recovery animation sometimes makes people think you're at disadvantage for CH attempts. I like using 4K after a successful hit because it cancels your crouch and leaves you at +5(bare with me if I'm wrong) on hit.
6)66A: good step killer. -8, good advantage on hit. Advances forward and leaves you pretty close. Can BE for advantage on block if your opponent doesn't know how to jG, aGI, or step. It is a little slow but I feel like it's a solid move.
7)3A: Great step kill, tech crouches, barely unsafe, similar range to 4K/1K. Using the three on combination can lead to a low/mid/stepkill with evasion mixup at this range. It's very quick for a move with these properties.
8)3B: Launcher with tech crouch frames, unsafe but not TOO bad. Good easy combos on hit. Hits grounded so works well with 1K on oki.
9)6A: I've had a little trouble with the range but on hit you get massive advantage for a safe step kill. High though. However considering how much advantage you get, even if a move isn't "Uninterrupt-able" people are scared to attack so it might as well be. If they do try to attack make them regret it. Can be used after 11K if you're close, turning your +2 into +10. Lastly at the wall you can set up a side-throw/mid mix up.
10)236B: Punisher, or if you KNOW they're going to attack smacking them with a CH and Clean Hit 236:B can take a good chunk of their health. It is -20 on block so unless you KNOW it is going to hit don't do it. Only commit when you know you've got it for free damage.

Honorable mention: 4K(explained above), 2K(decent range low, minus on hit but drops him down pretty low), WR A+B(good high whiff punish with 3KK, 236K/2A+B it's slightly safer than WR KA but still punishable), WR KA(similar to the last one but you can try and make the string gimmicky by delaying or stopping before the last hit), B+K(mad slow but one of his better tech crouchs, huge damage for a single hit, great guard burst, -14 so not too bad and the blockstun/pushback can make it hard to punish, clean hits for even bigger damage), 236AB(when you're sure a high is coming and want to commit for good damage. Both hits unsafe on block but again can be gimmicky.), 4B(safer than 236AB for a tech crouch, a little on the slow side but good damage/guard burst, safe enough to move after), 33B(safer launcher, 236B ez-mode combo for good damage, can be used to punish whiffs decently but it doesn't his grounded is still a little unsafe and I've had whiffing problems with it a bit) and 9K(kills 2As, throws, knock downs. Idk the frames on block but I haven't been punished yet. Works well at advantage when your opponent keeps panic 2A-ing you under pressure or to keep you honest)

I've also come to the belief that Just Guard might be pretty important for Patroklos. Since his scary punishers are short range jG-ing eliminates most pushback letting you keep close enough to hit them. Otherwise it also lets him punish a little harder since I think(I'm no expert) his punishers between shoulder-bash and 3B aren't too scary. I also feel he requires on knowing your opponent's character pretty well. His focus on punishers, knowing what a character's options against your advantage-pressure are, and when you can jG/duck/step strings all seem to be where he can get that edge against some of the other characters.

I agree the more knowledge you have with Patroklos the better he seems. Knowing which strings to interrupt is paramount in a lot of matchups, and you have to know your punishers in advance.

I still haven't found a move that I have truly fallen in love with yet. But I am sure I will find one soon enough *1a's*....... success

4K is important imo. You especially need it to discourage step g. You can't step it in either direction. And it's fast enough to kill step g at minor advantage.

ShenYu said:
4K is important imo. You especially need it to discourage step g. You can't step it in either direction. And it's fast enough to kill step g at minor advantage.
Click to expand...

It kills steps to both sides? Really? Wow, I only thought it tracked the side the leg comes up from.

4K has been my "keep true" move anytime I'm at advantage and learning the opponents moveset / mindset.

Albeit universal, I feel like we really have to mention the meter GI as one of Patroklos' best moves. Esp against characters that try to keep "spamming attacks" to keep him pushed out. As been stated many times, following up with 66B, 66B+K, 236K then a follow-up attack for tech chase returns 100%+ of the meter spent, and gets you excellent damage.

Between this, well-used A+B and 236 high crushing (I often try to high crush with 236 into neutral then my attack of choice, because 236 gives you time to note if the crushed high will allow a follow-up 66B or if you need something quicker, altho some highs you crush with this method of course become safe because quick recovery frames).

When you think of this "infinite GI" mechanic for Patroklos, it really makes some match-ups easier. Like when a character has some low/mid mix-up, you get some damage and all your meter back. Plz drop from the sky again, Natsu. K thx.

66A - One of his best tools for controlling space. Kills backstep and sidestep, TCs, excellent range. Slow to come out, but only -6 on block and +12 on hit (!).

CE - The threat of this CE limits an opponent's options so much when they're near an edge. Love it.

A+B - One of the best aGIs in the game. Breaks guard like crazy if the opponent doesn't duck it, also.

B+K - This move is absolutely terrifying for anyone who relies on high attacks. Combined with A+B, you can shut down tons of canned strings that have Mids or Highs in them.

Honorable mentions:
4K - Good poke for limiting your opponent's movement at close range.
33B - Only -12 on block, launches.
6A - Close range stepkill with so much advantage on hit it's not even funny.
6BBB - Decent CH tool but TC moves blow it up. Best option post-guard break, however.
3A - Nice move for controlling space and shutting down opponent's movement. Only +2 on hit and -12 on block though. I prefer 44A despite its shorter range.
9K - Useful for some tech traps, knocks down, early TJ frames, and it's cool looking.
B - Yes, just B. BB has a nasty tendency to whiff on the second hit.
4B - Good advantage on hit, early TC, good range, awesome damage. It's a pity it's a high.
22_88K - I just love this move for its animation. It also helps that it's a legitimately good move.
8B+K - Extremely situational but can be used to jump over extremely slow moves that can be irritating to deal with (Ivy's 6A+B, for example).
22_88A/22_88AA - Ringout potential, wall combo potential. A pity about the whole high/high business.
22B - Decent step punish. Again, a pity about it being high.
11B - Combo into CE for silly reverse ringout potential.
44B - Decent pressure tool, only -3 and forces crouch on block.
11K - Ringing people out with this move is hilarious.
44KK > 44B+K - For trolling purposes.
JS AB - This is one of Pat's best tools for psychic players. A good read allows you to use it to crush lows or kill step for good damage.

I main the fabulous and graceful Viola, and also dabble with Poe. Im interested in seeing if I can Pat add to the mix so this thread will help. So basically just saying thanks for this thread, it will be most useful.

Yards, check the "Because I'm better than you" thread for "Vi-ol-owned". ZING!

Although I do not, I repeat, do not in the least bit approve of that video, I did get a small, tiny, itsy pitsy chuckle out of it. Just don't do it again.

Besides, at that point he was grasping for straws with that life/round lead you had.

My Viola will be looking for you on the battlefield. Remember her face. =) 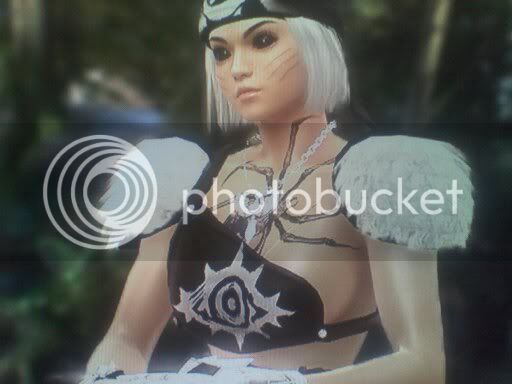 So far this is what I use the most:

AA and BB as necessary, I didnt list it because its a pretty generic fundamental for any character. I could probably use 2A+B more than I do right now; it looks pretty similar to 66B. I think 66A is decent, but I bet 66A BE is going to get worse and worse as time goes on because people are going to get more solid with their JG on slow brave edge followups like that.

final edit 6/10/12: took out 33B as I don't think it's really useful after all, better to just 3B as whiff punisher; I occassionally use 236A (try to confirm the B) so that's in there instead.