I started this saga back in 2010 when Avatar came out in theaters. I was able to complete the four sagas in 2017, starting with LunarFate Zero: The Adventures of Utan, LunarFate: The World's Wrath, LunarFate 2: The Night of Warakia and LunarFate 3: The Scarred Stars. The main character is Utan M. Enhada, he possesses a rare artifact called the Power Gauntlet of Death, which grants him power over death. Along with his trusty sidekick, Komane and his Type-Moon allies, they will be combating villains across Hawaii and Japan. 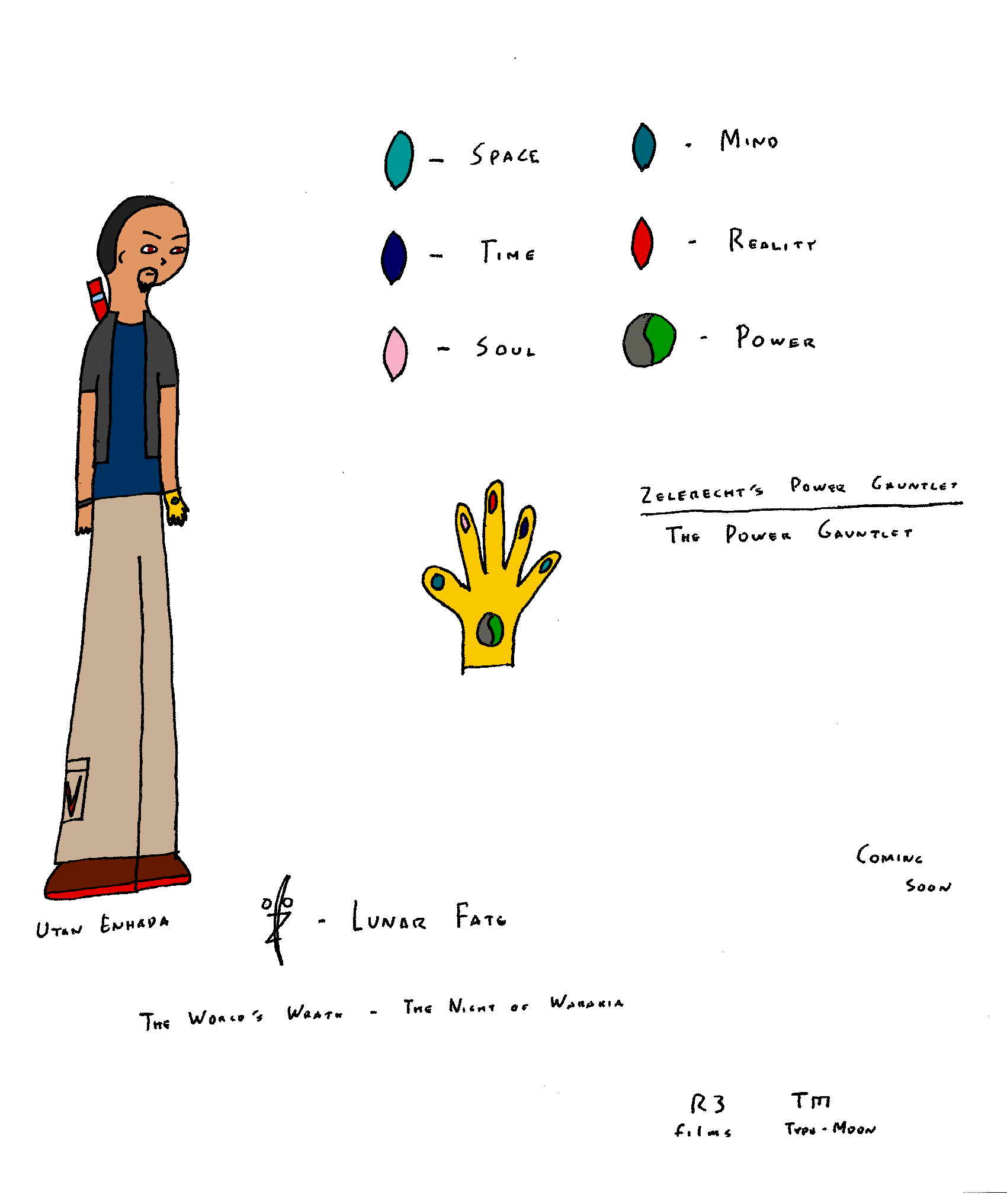 To be honest, the Power Gauntlet of Death isn't similar to Thanos's Infinity Gauntlet. This is my concept of the gauntlet back in 2010, when my drawings sucked. :(

Other than that, I hope you like it. This was my first big project that I was able to complete in six years.
Last edited: Apr 29, 2021

I'll try to get the re-edit of this saga on my WordPress page before September 2021.

Delayed until the completion of the Demon Hunters EX saga.