When Yun-seong returns, what's your ideal moveset for him?

I know he was considered as weak on SCII, but I'd love it if his SCVI moves got mostly based on it because of them mix ups. And then add the vertical dodging of SCIV and he might become super powerful.
Last edited: Apr 10, 2020

and keep his crane stance (which is

Depending on what happens with Cassandra, I’d like to see him with either more acrobatic movements or even two daos for a more grounded dual-wielding sword style than flying and teleporting like Cervantes.

SpellcraftQuill said:
or even two daos for a more grounded dual-wielding sword style than flying and teleporting like Cervantes.
Click to expand...

I disagree. That would not be an improvement, you'll simply turn him into a Cervantes's clone. Yes,

flies, teleports and also has the pistol, but surely the namco would use the Cervantes base moves in Yun Seong and he would gain more hate.

I disagree. That would not be an improvement, you'll simply turn him into a Cervantes's clone. Yes,

flies, teleports and also has the pistol, but surely the namco would use the Cervantes base moves in Yun Seong and he would gain more hate.
Click to expand...

He uses near pure slashing weapons which means he shouldn't be piercing and doing most of the stabby stabby moves Cervantes does. He'd be a whole lot more twirly bouncy and agile with his moves. In fact I don't see how he could share hardly any moves with Cervantes even if he had two weapons. In fact the more I argue this the more I like the idea...

Ardenwolf said:
In fact I don't see how he could share hardly any moves with Cervantes even if he had two weapons.
Click to expand...

Just as Lizardman (S&S) is equal to Lizardman (A&S) which is similar to Aeon (dual axe).

Ardenwolf said:
In fact the more I argue this the more I like the idea...
Click to expand...

It’s always going to be divisive when there are similar styles or even the same weapons. Heck I’m sure Arthur could’ve become his own character with a proper long sword style, but that’s neither here or there. I made it clear that the two daos would be unlike Cervantes.

And how can a Korean be justified as using hookswords? My head canon for dual-wielding Yun-Seong is that he has the sword Mi-Na gave him plus another he stole.

Mi-Na and Amy are proof enough that similar fighting styles have been addressed by the devs.

I think Yun-seong can keep his singular dao considering Project Soul is being extra creative now with differentiating between characters with similar weapons and fighting styles.

Hi @DanteSC3 I did not want to drag you two, but I'd feel better in your company.
Many players want a Dao's use. I would like to know your opinion about how Project Soul could add both Koreans without causing war between players who want characters with more unique gameplay.
I already mentioned both have the same horizontal and vertical, Yun Seong has his crane stance, Hwang had his kicks, but some then were given to Leixia and now to Xianghua.

Fatal_Exodus said:
I think Yun-seong can keep his singular dao considering Project Soul is being extra creative now with differentiating between characters with similar weapons and fighting styles.
Click to expand...

SCIII was the start of making characters that played similar in SCI & II play differently.

Look at SCIII having both Hwang & Yun-seong in the same game.

My opinion, in general, is that Yun-seong has felt very different from Xianghua pretty much always, even when he was cut from SoulCalibur V, and Leixia was given Hwang’s kicks, nothing really felt like Yun-seong aside from Yun-seong himself. His crane stance is definitely his defining feature, but his acrobatic and hyper aggressive style has always set him apart from Xianghua’s more tricky playful style.

Leixia felt like she was trying to be a feminine Hwang more than anything else. She still had some Xianghuaisms in her style, of course, but overall her style was more in your face about things, and as mentioned, she got his kicks, but a lot of her strings lacked the twirl and dance that Xianghua uses, and felt more like something Hwang would do, just a practical cut.

So I don’t really even think radical change is needed for either Hwang or Yun-seong to differentiate from each other. They already managed to do so in SoulCalibur III. Hwang has a balanced grounded style which employs a number of stylish, but refined, kicking moves, that feels like something a master would do, and his strikes also carry this weight, very precise cuts that feel strong yet agile.

Meanwhile, Yun-seong’s style is more like he thought Hwang looked cool and he’s trying to mimic him, but without the years of training, is a lot more sloppy and over-the-top, so it’s less safe, more risky, and employs his own variations that he arrogantly threw in of his own accord because it made him even more cool, and some of those things worked to make him more powerful, but others just needlessly put him in danger. Add the crane stance that he actually did master, applied haphazardly to the rest of everything else, and you get Yun-seong.

Basically, think of Mitsurugi and Yoshimitsu, that’s how I see Hwang and Yun-seong.

someone needs to bring that kick.

Their gameplay is too different. In SoulCalibur II, I could't get into playing Yun-Seong but enjoyed playing Assassin a lot. There isn't any point in bringing back Hwang if he was just going to play like Yun-Seong since I believe that most Hwang fans want him back for his moveset which hasn't been seen in a while (at least that is the case for me). When it comes to weapons, however, I think it would help if one of them changes weapons while maintaining their moveset. Hwang could maybe switch to a Korean Sword instead which has more similarities to a Japanese Katana than a Chinese Blade. 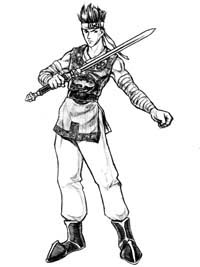 Since Hwang previously used both Jian and Dao, I think he could technically be the one to change weapons instead while Yun-Seong could keep the Dao. Hwang can keep his old moveset while using "Blue Storm" instead of "Blue Thunder" while retconning the former to be a Korean Sword.

Assuming that Hwang is in Season 2 and Yun-Seong isn't then Hwang can keep the Dao while Yun-Seong could either switch to a Korean Sword or a Butterfly Sword which fits his moveset aesthetically.

Then again, both of them could still use the Dao since we have both Raphael and Amy in the game and expecting Cassandra to be next.

artard4321 said:
Their gameplay is too different. In SoulCalibur II, I could't get into playing Yun-Seong but enjoyed playing Assassin a lot.
Click to expand...

It is an interesting consideration that Hwang would take up the Korean Sword instead of the Dao, because otherwise, I’m not certain that there will be enough weapons for the two boys. We have a standard of seven weapons per character, and until Amy got her Magic Wand, there really wasn’t an expectation that we would see Joke Weapons, but they may have to bring them, as a matter of necessity.

So far, we’ve only seen weapons from SoulCalibur IV and SoulCalibur V, and this is pretty problematic, since there were a lot of unique weapons in SoulCalibur III for these two. Then again, that may be why they’re being saved for the second season, due to requiring more work to get these weapons in.

Just using SoulCalibur IV and SoulCalibur V weapons, we have White Storm, Giant Butcher Knife, Dragon Sword, Ramdao, Kopis, Blue Qilin, and Sorghum. This is taking a weapon from Xianghua, a weapon from Leixia, and even including Yun-seong’s joke weapon. This seems to me like what would end up as Yun-seong’s arsenal. But that leaves Hwang... literally nothing.

So if we were to go back to SoulCalibur III, we could get Blue Thunder, of course, along with Po Shan, Falchion, Lei Yan, and Bonebreaker Sword. But that’s only five weapons, so we would need two more. We might could take Cheng Ying from Yun-seong, but I doubt very seriously that they would bring back Han Guang, the invisible laser sword, so that leaves us Blue Storm, which we would have to go back even further, to SoulCalibur II, to reclaim. And if we did that, then it’s possible that Yun-seong’s Machete, Khanjar, or Xiao Lian might could be taken instead of Cheng Ying noted above. Or maybe even the Assassin Blade from Assassin. Either way, it seems like some digging will be needed for both of them to have weapons. That, or just make some brand new weapons like they’ve done for Amy, which might could be a couple or a few Korean Sword designs.

@LisaK But about the videos you linked (which are gone now? There was Hwang using Yun-seong style and Yun-seong using Hwang style in SoulCalibur III), I disagree with not being able to notice. They look incredibly wrong, going both ways. Maybe Mitsurugi and Yoshimitsu is too far a comparison, but Sophitia and Cassandra might be better, and they would look equally wrong having their styles swapped.

Edit: I forgot to respond about the styles themselves, got too caught up in weapons talk.
Last edited: Feb 25, 2019 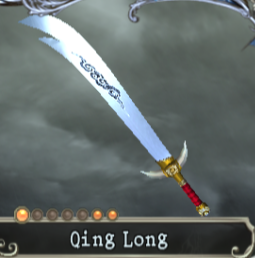 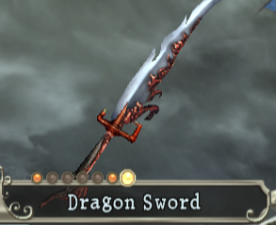 I don't think we can get Qing Long back for the boys, since Leixia claimed it and it got its redesign, and Xianghua kept it. I know there's a dao design for it, but even Xianghua used the dao design back in SoulCalibur II (when it was called Qi Xing Sword), meaning that the two designs are indeed one in the same, as far as the identity of the sword is concerned. No, it wouldn't be the first time that two people in the same game had the same weapon, but the same weapon in a different form is something that has historically been reserved for Soul Edge and Soul Calibur.

I did neglect to mention White Storm's 2p design, though, didn't consider they'd add that, but they probably could/would, better that than having him wield a giant ear of corn. With these things in mind, I'd say it would probably be:

@LisaK I think that if Yun-seong can have Dragon Sword, then Hwang can have Po Shan. They have similar enough designs, with Po Shan having the blue coloration, while Dragon Sword has the red coloration. Hwang having a trend of blue weapons and Yun-seong having a trend of red weapons is something that definitely appeals to their images. You did bring up an amusing point that the two could possibly have the invisible-type swords as their last weapon, as another parallel between the two. I would also find it mildly amusing if Hwang took Blue Qilin from Leixia as a revenge for her family taking the Qing Long, and Hwang's blue theme would make it fitting, along with him having the more jian looking weapons compared to Yun-seong.

Yun Seong's ideal movelist is his SC4 movelist but improved and tweaked upon.

Hwang can build off his SC3AE movelist. SC3AE had hwang, yunseong and xianghua in the same game so it will be fine in SC6 when we have Inferno,Nightmare and Siegfried.

LisaK said:
someone needs to bring that kick.
View attachment 59679
Click to expand...