In this video you can see all of the modes that will be in SOULCALIBUR VI. We now have confirmation of Museum as well as Arcade battle. Museum mode let's you see models and concept arts of the characters and gives you additional information on them. Arcade will have the traditional 8 opponent ladder that you will have to climb and defeat. It's unknown if Arcade will have arcade endings, but most likely there won't be considering Soul Chronicle exists with a story for each character.

They've talked about the Network (online) mode a little bit too in the trailer. It seems that Network will have ranked matches, casual matches, rankings, and a replay function. We also know from previous information that SOULCALIBUR VI will be able to cap at an 8 player lobby now instead of 6. There are more details in regards to the other modes too, but there's not as much to talk about since we know most of what is being presented. Enjoy the trailer! 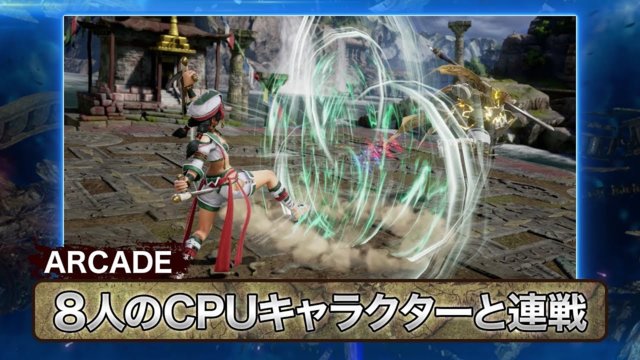 Michael Stabile
WHENS SOULCALIBUR VI
Party Wolf is a competitive SOULCALIBUR player for BxA Gaming and is known for his Kilik.

Can anyone translate what was said under the Ranked text in the online section? Curious to see if they went into more detail on how ranked will work. I hope its like Tekken
According to Google translate : Fighting mode in which the competition is competed at points according to outcome.

So: buisness as usual.
Maybe someone who can do a less machine translation can give a less broken sentence, but I doubt the meaning will be deeper.
Ah ok so just a general description
:DDD
I'm so glad museum mode is back! I had been hoping to see its return!

Along with Soul Calibur in general, of course. ;p

Spanky said:
:DDD
I'm so glad museum mode is back! I had been hoping to see its return!

Along with Soul Calibur in general, of course. ;p
Click to expand...

Yeah really it's a good sign. And arcade mode has 8 stages instead of tekken7 5 lol. This games content looks fantastic so far.
Chronicle 2.0?
PC version is almost a hundred bucks... this will hurt.
Those blurs at 3:02, lol. Wonder who they're hiding.
Welcome back Museum mode, how we've missed you.~

xragnarok645x said:
Welcome back Museum mode, how we've missed you.~
Click to expand...