CEO (Community Effort Orlando) takes place in Orlando Florida (June 27-29) and is hosted by @CEOJebailey once every year. Since Jebailey is such an awesome tournament organizer, he listened to our community and we are now at CEO 2014! He is willing to give us even more love as long as we show up and support his event.

Here are some of the deals he has offered us via Facebook.

Jebailey said:
It'll start and finish on Saturday unless a massive turnout regiseters then finals on Sunday on FunkyP in the morning. So pre-regging helps, if we get 64+ then I'll make sure it gets in the ring on Saturday with at least Top 4, less than 64 then Top 8 on FunkyP but will have it streamed on his channel one way or another.
....
Also unless 64 players Pre-Reg for SCV by April 15th I won't be purchasing something special that I've already budgeted for the other games already. I haven't announced what it is yet but it's valued at $300 each and not something I can afford alone lightly. If SCV doesn't hit that number I'll still get medals etc for top 4 at least. Good Luck
Click to expand...

Avylon has also agreed to help organize SCV. If you don't know about them, they are the guys who have consistently made the best brackets for our game, recorded and uploaded all non-streamed tournament matches to their YouTube, made sure everyone gets everywhere on time, and have competed in many Soulcalibur tournaments. As always, we are excited to have their presence at this event.

@RTD and myself have already pre-registered. @Omega, @lolo, and other Florida players are expected to be there as well. Hopefully we will see the rest of you guys there too. Let's show CEO how thankful we are! Soulcalibur will be starting and ending on Saturday, June 28th. You can check out their website http://www.ceogaming.org/ for more details or our thread here on 8wayrun.

*UPDATE* CEO is also hosting a pot bonus drive. If you buy a shirt here, $5 will be added as prize money to any game you want.
Last edited by a moderator: Apr 4, 2014
Click to expand...

Are you coming down here?
I just want to say the shirts are very affordable (A Tshirt is 15 dollars) which contrasts to what you might typically pay at other EC events who sometimes even charge 20 dollars for apparel, the fact that 5 of your dollars are going into a game of your choice is an excellent idea.

Party Wolf said:
Are you coming down here?
Click to expand...

Ima try. Can't promise anything right now, but Ima try!
Looking into this.

#whensCEO
Oh this is great news then!!!!
STFU You Also Main DJ!

Salty Chip!!! Which means my kind isn't welcomed there....
Those shirts are swag. $15 is cheap. And since $5 goes to SCV pot bonus, you're essentially just paying $10 for the shirt.
Going to try my best to make it out there this year.
It's cool that you can buy a t-shirt to add money to a pot, but SCV isn't one of the games you can support that way.

TiZ said:
It's cool that you can buy a t-shirt to add money to a pot, but SCV isn't one of the games you can support that way.
Click to expand...

I guess it should be noted that Jebaily is still working on the link to allow you to add it to SCV.

Jebaily: "Teespring.com/CEO is the pot bonus drive. Scv will get a direct link on their soon."

Maybe edit that into the main post so that SCV players wait to buy their shirts until after they can donate to SCV.

TiZ said:
It's cool that you can buy a t-shirt to add money to a pot, but SCV isn't one of the games you can support that way.
Click to expand...

Like Kinetic said, they will be fixing this.
And it's fixed now. Good stuff.
You won't get the shirt if they don't reach the 500 goal?

Reave said:
You won't get the shirt if they don't reach the 500 goal?
Click to expand...

That's correct but I'm pretty confident we'll hit the goal before the deadline in nearly 4 weeks.

Gotta say I'm always a man of opportunity and RTD/bibulus/Avy/Dwayne really stepped up to push SCV when I felt it was dead in my local area competitively.

Hopping for the best turnout wise so you guys can make the most of it.
Hey, if you're reading this.......... sign the fuck up for CEO.
I'll be singing up for sure, just gotta wait for some income money. How do I get a shirt without the gamble?

WingedPirate said:
I'll be singing up for sure, just gotta wait for some income money. How do I get a shirt without the gamble?
Click to expand... 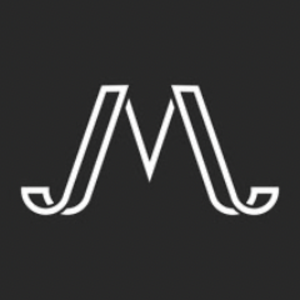 what should I play???
Soulcalibur VI
3 Viewers
IR41K0UI 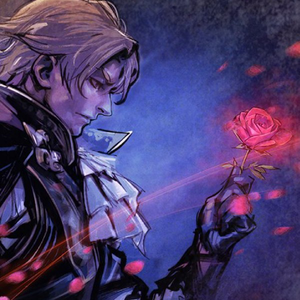 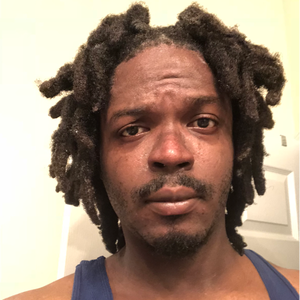