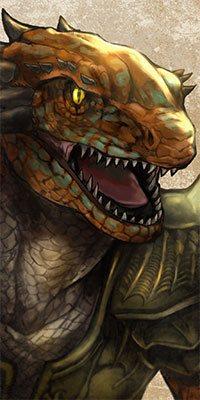 Note: A 10 frame quickstep is performed before the attack when ***** 8-Way Run moves are input from neutral.

These are not currently integrated into the wiki, although I am looking into making it happen in the future.

Something interesting about 1B BE came to my attention a little while ago. When you JG 1B BE, highs will whiff right through him. Earlier I had assumed that it has the same TC frames as 1B (F5-8), but apparently not--it's TC for the entire animation. Since 1B BE's total duration is 55 frames, because:
-23 on JG +5 recovery frames on Aeon -19 of opponent's recovery frames from JGing (as per the data provided by Noodalls)=-37, so 37 recovery frames
and
17 startup frames, F18 is first active frame, 2nd active frame is irrelevant here because it overlaps with recovery frames unless first active frame whiffs and 2nd lands

So F18+F37=55 total frames, proven empirically in training with these scenarios:
Aeon blocks Astaroth's 22B (-10 on block), whiffs 1B BE and guards. Astaroth 11A (i36+10F step) hits at F56 and can be blocked. Same setup into 11K (i35+10F step) causes 11K to hit at F55, which Aeon cannot block. And finally, to confirm that the TC window does indeed end on the final frame, I tried punishing it on JG (-23) with two different i23 highs, both of which were blocked. After rechecking to make sure it actually is -23 (it is), I deduced that Aeon was TCing the first active frame of both attacks and blocking the 2nd.

As far as I've figured, this simple little method should work for any move in the game as long as it can be JGed.
EDIT: Except for some special cases like Hilde C3A, where the 2nd hit only comes out on hit/block. Or strings in general, for that matter.

Corrected some errors in the impact frames of 8wayrun moves, including:
44B
33K
11B
44[A]
22A
as well as verifying all the others.

Also found out that 11K STCs under Sieg 66K. That's nice to know.

Added guard "burst" values. These are values in the wiki that indicate the number of times it takes for a move to "break" the guard. This can be seen in-game as a special effect that occurs on the opponent's guard meter indicator that shows they've reached the breaking point.
These values are indicated as GB values in parenthesis.
For moves that have multiple GB values due to the jump/crouch guard burst values, they are notated as (n)*m, where (n) is the number of blocks required to put the opponent at the breaking point, and *m is the number of blocks required to break the opponent using the jump/crouch bug.

Conferred the wiki with the frame data from this. Much of it was accurate but there were a few OBOEs that have been corrected.

A note on what it means for a string to "jail":
"Jail" in the context of fighting games is a term adopted from Tekken. In its strictest definition, jailing refers to a property some strings have where, despite subsequent hits being high, they cannot be ducked if the previous hit was blocked. A relatable example would be Pyrrha's AA versus Astaroth's AA: hers jails, Astaroth's does not. However, one of the most common complaints I see regarding SCV is the necessity of memorizing canned countermeasures to strings, especially countermeasures that are counterintuitive. This is my justification for adopting a looser, inferred definition of jailing for the purpose of the notes. Generally, if it refers to a string in which a subsequent hit is high, jailing will refer to the opponent's inability to duck the high, as per the standard definition. In the context of vertical strings, however, I will be using it to describe whether a subsequent vertical hit can be avoided by 8wayrun, sidestep, or quickstep. The major flaw with this is that some formal clarity is lost from the definition, but I consider it a worthwhile compromise to facilitate the reader's ability to learn countermeasures to specific moves exclusively through information on the wiki. In the cases where this fails, such as a specific case of a string that is only steppable by certain characters, character-specific punishment guides located in their respective Soul Arenas can and should be consulted for further information.

Regarding redundancy of information:
Owing to the nature of the wiki's layout, it is desirable to maximize the density of information presented in the wiki's note sections for each move so as to avoid markup issues and the general unreadability that comes with verbosity. A large aspect of this is the extirpation of redundancy; however, I believe that it is an ancillary concern to the necessity of clarity in the information's presentation. It should not be necessary for a reader to have to consult a language specification to decipher the meaning of the notes, and due to the recency of my wikis' adoption of this standard, some redundancy has been conserved for the purpose of presenting new information in an intuitive way. These include:

Keep in mind that this is still in its baby steps so there may be inconsistencies as I start rolling it out. When in doubt, standard rules of inference apply, specifically:

tl;dr: I'm adding more info on how to beat strings to the wikis. PM me if you have questions or concerns.
Last edited: Jan 28, 2014