The problem is that I am accused of any posts against Hwang, even a guy who declares himself as Li Long stan make a video bashing him in all that bullshit literally my name appear.
"Hwang unique moves video had 15 dislikes i know is LisaK and her followers" these lifeless idiots think that I spend all day talking about their character. I can't wait for hwang show up and they could jerk off with my 'salty toxic tweets' maybe i get lucky and all them get a heart attack and finally could use my twitter..

LisaK said:
even a guy who declares himself as Li Long stan make a video bashing him in all that bullshit literally my name appear.
Click to expand...

He name dropped everyone including me. Before that he questioned if I'm truly a Li Long main because I'm fine with Hwang coming before Li Long. The guy has issues, you should know by now that Twitter gives a pedestal to any dreg in society.

sytus said:
He name dropped everyone including me. Before that he questioned if I'm truly a Li Long main because I'm fine with Hwang coming before Li Long. The guy has issues, you should know by now that Twitter gives a pedestal to any dreg in society.
Click to expand...

LisaK said:
With my current experience of how someone / fandom can be toxic I would prefer that half of these stans ignore my existence. Just look how i can even joke about Hwang that his bots put me on many places, this is from gamefaqs
View attachment 82959
To exemplify Pappico made a joke with Hwang that each round he would change his style (mitsurugi, xianghua and yun-seong) and Takahashi liked this tweet, with that, in my mind it could mean that Hwang would really have the moves of Yun-seong. That was before the launch of Setsuka, so you can see that it doesn't matter if you ignore, block, or anything, Hwang bots spend all day stalking my account. And I literally can't post anything that will be posted at Hwang's discord or any other website that this bunch of retard uses.
You know what's funnier I spent a month calling Setsuka Slutsuka and making several memes with her but none of his fans made me a public enemy, you can ask Soul who follows me.
Click to expand...

Nobody knows you in the Hwang discord besides me and Dissidia, and nobody talked about you since ... 4 months (you can come and check). Last time was at that drama were Dissidia thought you were lurking around because he got screenshoted from the discord and posted on reddit while on a arguement with your friend (that's why I guess he thought it was you because it was your friend) which you have clarified since then and now we think it was probably lynxet who were lurking, but anyway who cares now... it's over since multiple months

So I don't understand who are thoses retard you are talking about, and the bots, I don't know any Hwang fans doing that stuff yet. And we are mainly inactive, only me and Dissidia post hwang stuff sometimes, and sometimes Kray. Most Hwang fans are passive and waiting because of the leaks. For example I didn't posted anything on your tweets for a very long time neither, even if I have seen some Hwang mockery but I just don't care now, so I'am interested to know who are still in this useless drama.

That Li Long fan who did insult some people isn't a Hwang fan (indeed if you look at how he hates hwang) and he isn't in the Hwang discord (I hope so), so maybe I didn't understand what do you mean by comparing Hwang fans to Setsuka fans and being a public enemy, or where you talking about Li Long fans?

The only person not welcomed by Hwang fans and close to be considered an enemy because they kept posting more than cringy meme against him, is your friend and lynxet, cause the have proven to can't stop arguing against Hwang (especially with the moveset copy paste thing) on twitter/reddit, and recently there is also this li long fan angry guy. They are not welcome in the Hwang discord because of that but nobody as intentend to lurk their private discussion, neither harass them, or maybe I don't know? Most arguement have been in their thread they launched every time against Hwang. I prefer giving name to be clear so you can feel relieved and don't be paranoid about that.

If you are so because we got angry on those twitter memes, well it's over now, at least for me. So you can do what you want on your twitter but since it's a public place I can't garanteed nobody will feel the urge to say something, but I personally I won't, and neither ther other I know I believe.

Hope it clarifiies things cause that's not the first time I see you feeling attacked, and it seems gotten worse if you call retards lol, but I think you may be wrong or maybe I don't know the existence of an other Hwang stan group that know and now targeting you, In anycase if I can help you just give me names of annoying people and what they did so I can help, asking them to stop interacting with you.
Last edited: Oct 9, 2020

Yo again, don't feel attacked, I have personally nothing against with you, and the thing about somebody accusing you from launch downvotes was the same time around that drama I did talk about (from June), probably an extrapolation of what have been said (you lurking for your friend and extrapolated on you probably downvoting with your firend) in my previous message, but I think it has been clarified, so people don't mentioned your name since then. You're not considered as somebody who plots secretly.

If there is still any annoying Hwang retards fans, just tell me/us, and if I'am being annoying somewhere just tell me, but I'am mostly inactive, I just started to talk more a bit since the copy paste debate on twitter and on reddit yesterday.

You can restart meme trashing Hwang I don't care now personnally. I'am barely interacting even when on those public copy paste debate cause I think it's pointless right now : even S3 characters has been chosen, since they are preparing the trailer if any.

I hope you feel less stressed, cause I sincerly don't like this shit at all either. It's okay to talk and discuss about things, but it's not okay to feel harassed or annoyed for months after that, I hope it's gonna be better, I can't control people acts but I can help calling out people that go too far, and I hope nobody is doing so.

This whole stress has to stop and everyone has to be cool, like I said it's really pointless now
Last edited: Oct 9, 2020

LisaK said:
I was going to say to sytus "If it makes you feel better I would prefer Li Long as a dlc than Algol or Dampierre", but for some problems I left it to do it the next day, when I wake up I am there on the gamefaqs being blamed for talking about hwang in a tweet completely out of context.
Click to expand...

You don't have to comfort me, I personally want all legacy characters back because it's more than just me having my original main back, it's about fighting all the classic characters in one game, especially with how good SC6 is to play.

You really should ignore what those people say, you will always get people that don't like you as well as those that do, and the bigger your public image gets, the bigger those groups become. Understandable if you find it overwhelming, huge publicity is not something I'm into so I can relate if this is the case with you.

LisaK has no involvement with any drama related to Hwang, as LisaK does not have discord.

So it really has nothing to with LisaK. LisaK has not been harassing Hwang fans like someone like lynxvet.

Some anger seems to be going around about a picture from a few months ago? Well it appears to have been someone elses tweet with a response from LisaK. So really it’s not about LisaK at all. No quarrel or issue with her. It was not LisaK who originated that tweet if you look at it again.

TL:DR discord drama doesn't involve LisaK as Lisak isn't on discord. It isn't LisaK who is starting discord drama or attacking people on reddit/gamefaqs. We all know which yun fan that is.

LisaK is shitposting on twitter and nobody has an issue with that.

Does that clear things up?

Edit: The downvotes for the signature video was initially thought to be LisaK due to a misunderstanding. LisaK kept hinting that she was going to "expose" me or something and would quickly edit/delete posts which made me suspicious. However,

the people who downvoted that one masse had to be discord users, which again does not apply to LisaK! Case closed
Last edited: Oct 9, 2020

Did the Snapchat anime filter on my main CaS... 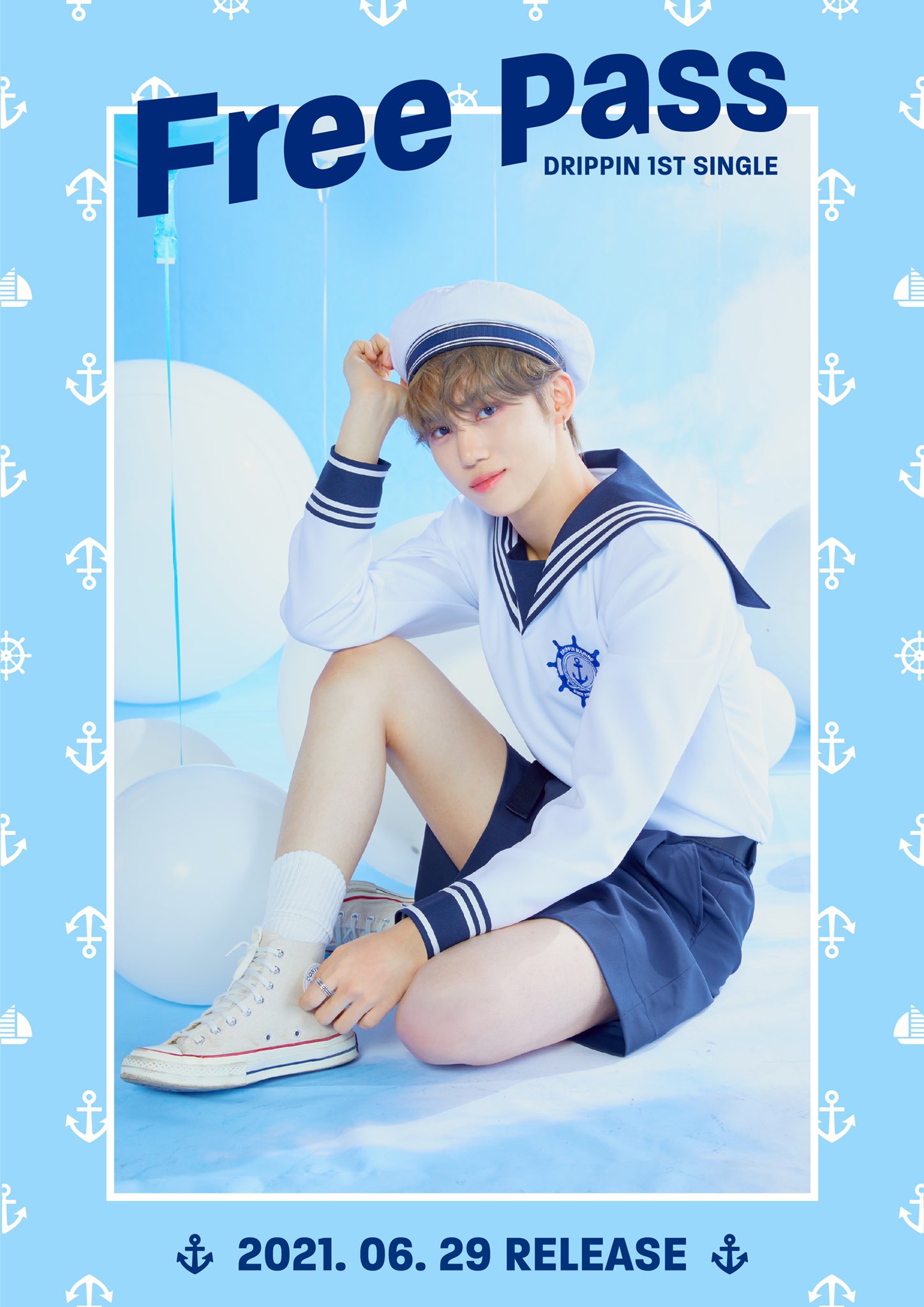 Hwang Yunseong (황윤성) is currently an idol under Woollim Entertainment. He was a competitor on Produce X 101. However, he ranked #18 on the finale, being eliminated from the final lineup, and unable to become a member of X1. On August 27, 2019, Yunseong was announced as a member of the project...

Tekken 7 is my favourite 2D fighter

Happy Thanksgiving, frens!!! To those of you celebrating, I hope you get to enjoy yummy food and the company of your family!

Speaking of Thanksgiving, I'm thankful we got a SCVI and that while it hasn't been the most consistent in terms of releases, we got additional seasons to keep supporting the game. Hwang is coming sOoN!!!

Twitter bots using the most unlikely tags for attention. It's funny given the topic being pushed, wouldn't be surprised heteros are in the minority when it comes to the player base. 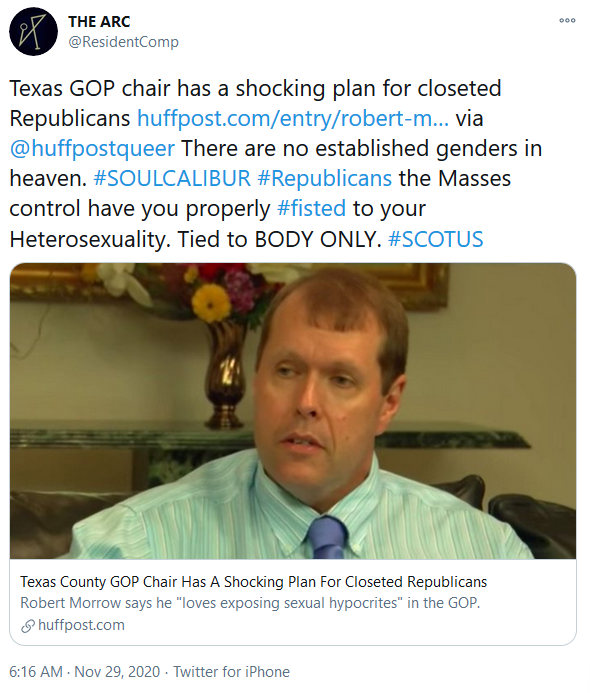 sytus said:
Twitter bots using the most unlikely tags for attention. It's funny given the topic being pushed, wouldn't be surprised heteros are in the minority when it comes to the player base. 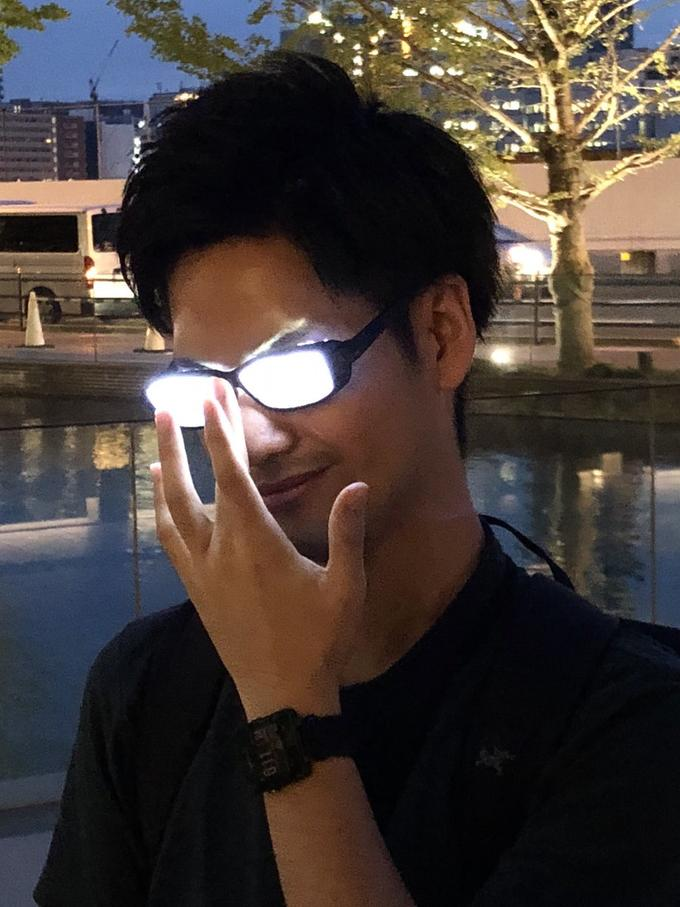 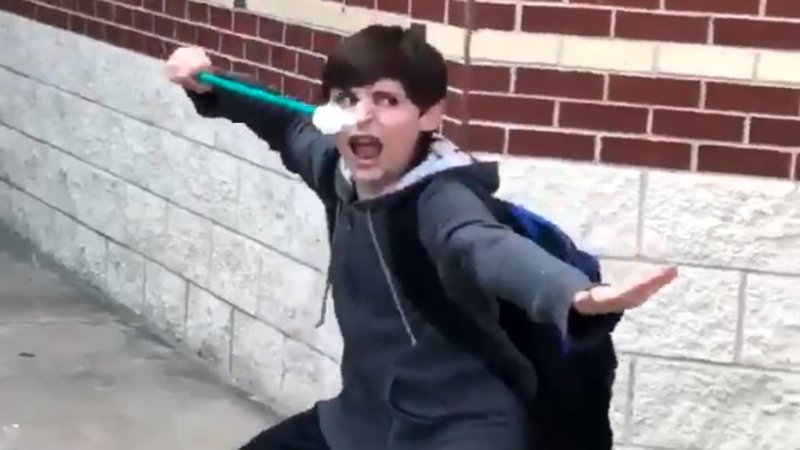 I should be in Training mode learning the character properly, but here we are lmao...

When I was going through Nightmare's side story, and he was asking his followers for an update on his fragments, I really thought for a hot second that Acht ot Dürer was going to sass him, "go get them yourself." I now cannot get that idea out of my head.

I can't take the lot of them seriously, lmao. 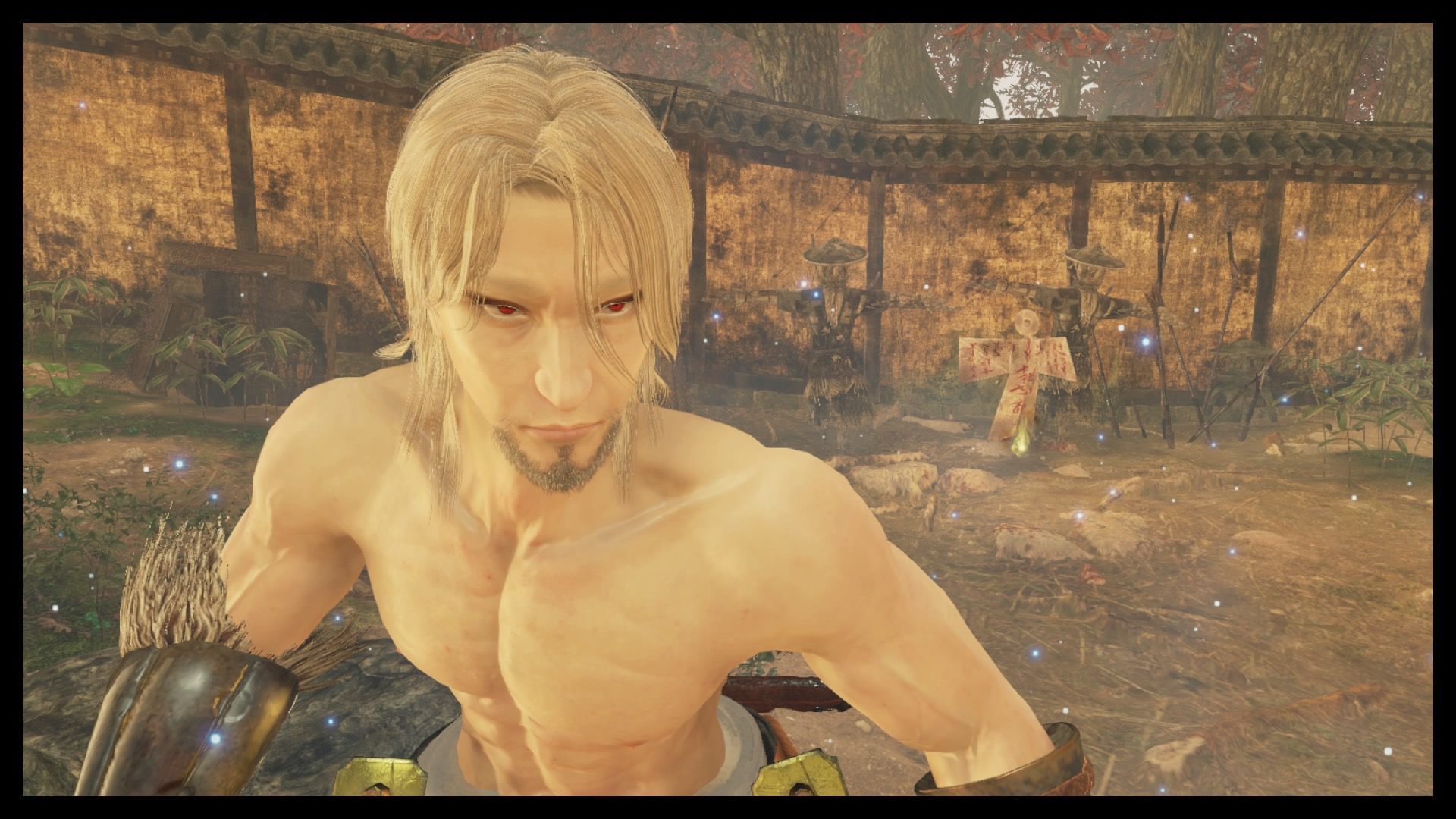 A general idea of how my main CaS should look face-wise in Nioh 2. Shows Soulcalibur customization is arguably better for costume design I suppose.