Share your self-made outfits for Maxi here!
For edits of the base character only. Thank you :)
Last edited: Oct 18, 2018

Wanted to make a somewhat-armoured Maxi that still vaguely resembled his silhouette. 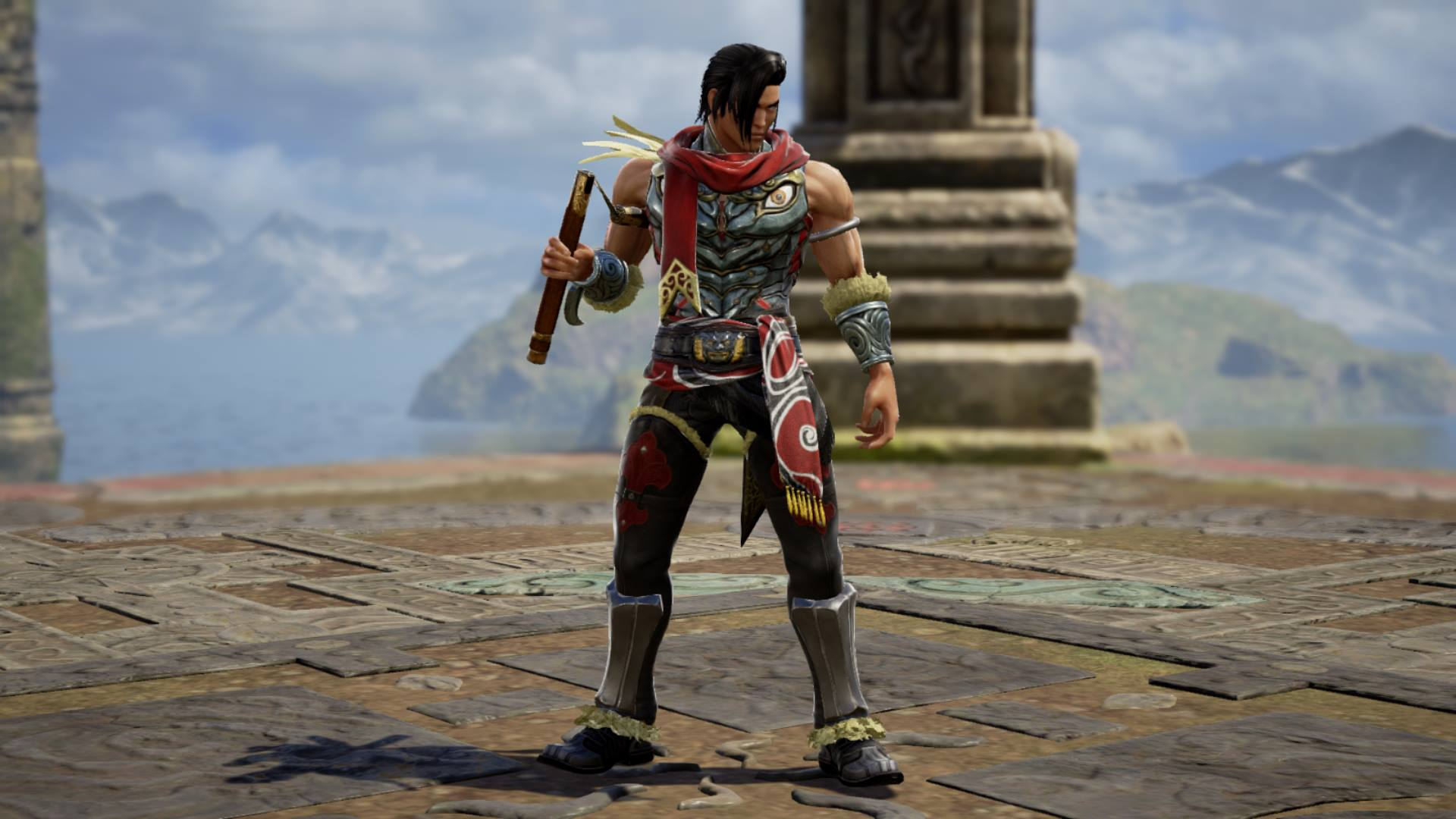 He looks slick and dandy as ever! I was trying to give him an armored look in SC5 but each and every darned attempt ended up being bulky. Glad that this has changed this time around!!

I also made a battle damaged Maxi. Since we can put stickers on character's skin now. 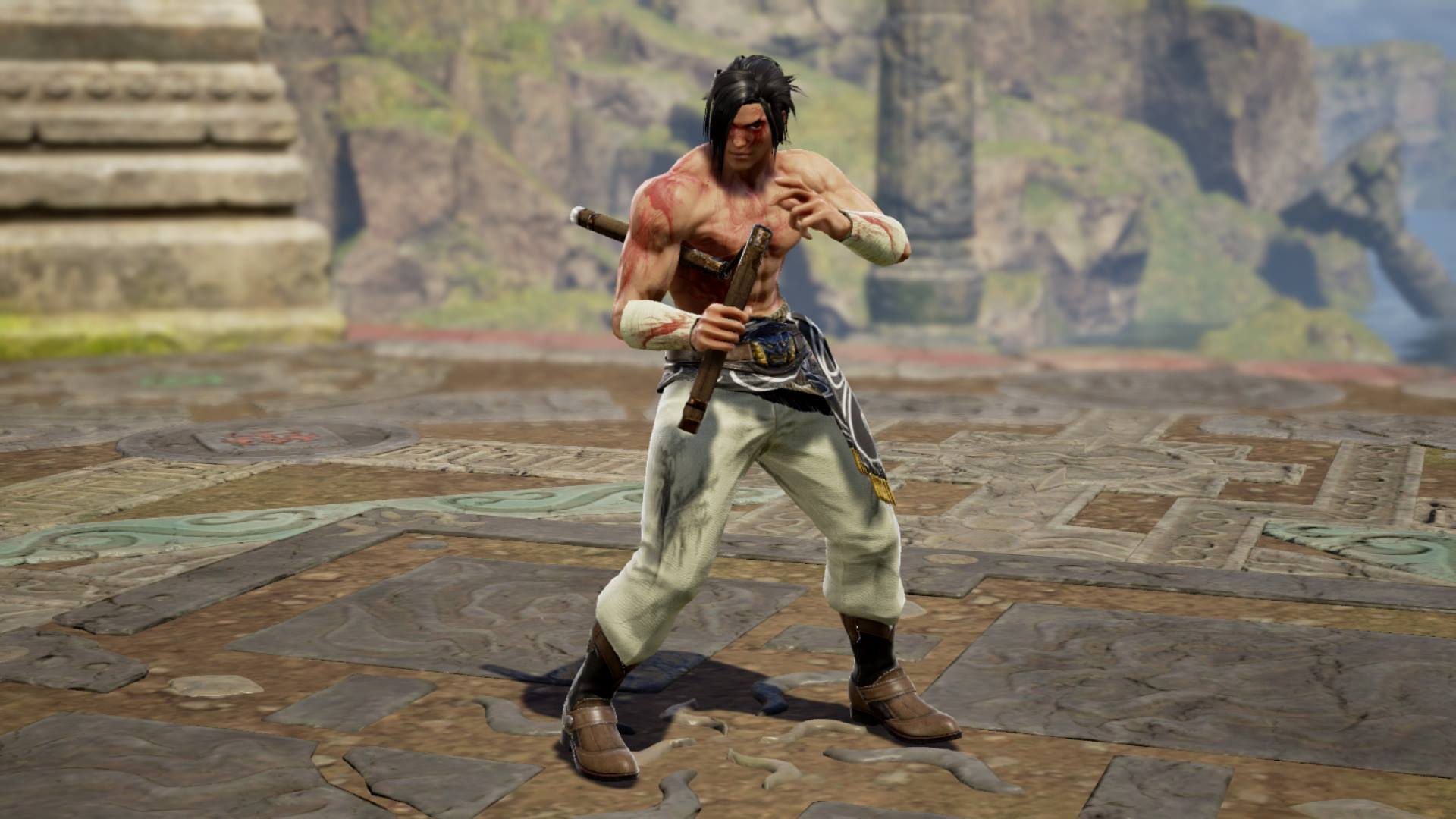 Maxi as a kung fu protagonist you'd see in something like martial arts movie, where he competes in a grand tournament to prove he's the best. May remind of you of a certain martial artist...

Surprisingly, his default pants and sash lent itself the best to this concept, and all I needed to do was add a few things and color them appropriately.

An attempt was made at Cyber Maxi 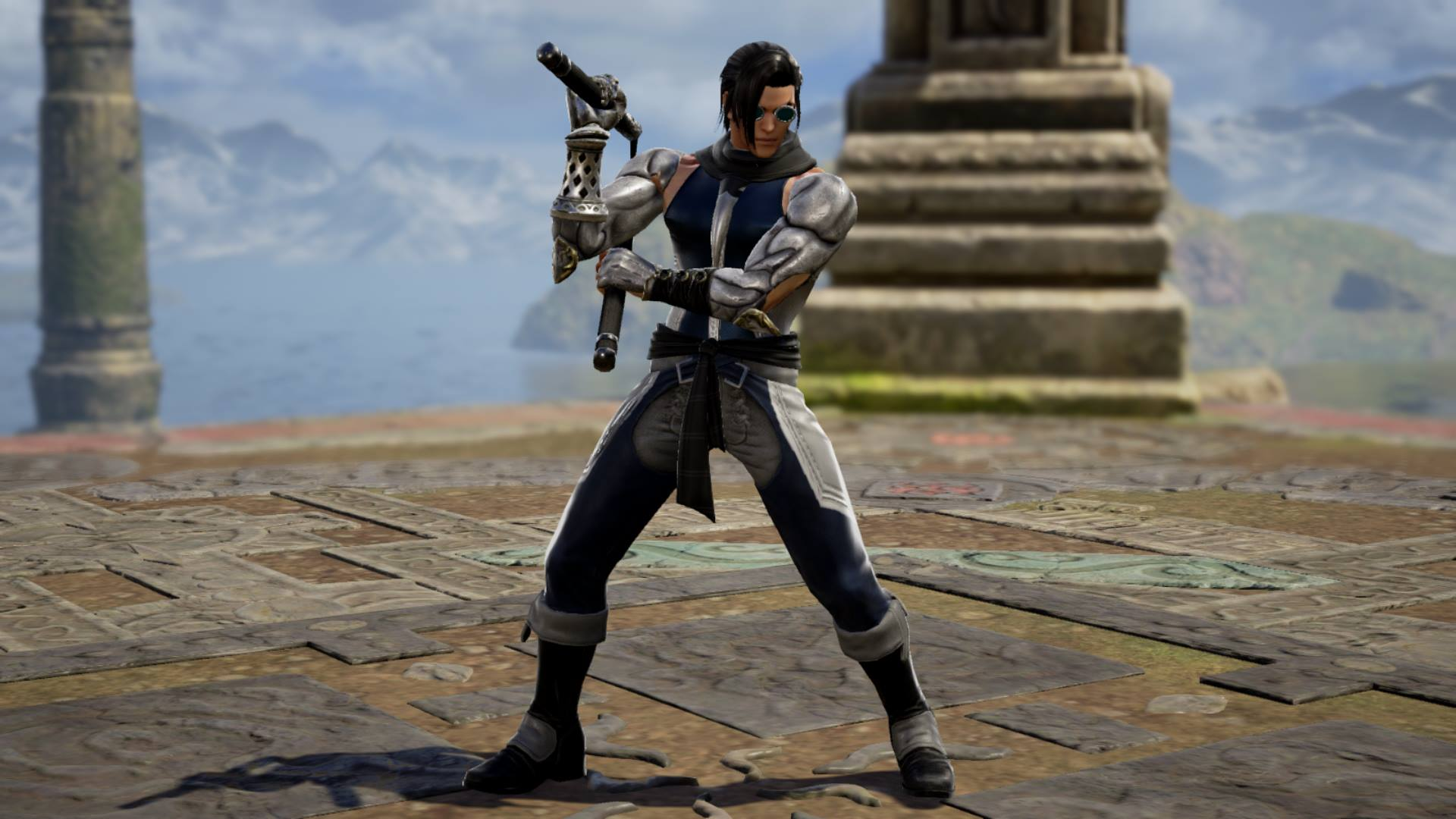 Notes: Went for a typical Maxi 2P. Inexplicable blond hair, showing off them pecs, general martial artist look. I gave him green pants as a reference to his SC1 alt but left his hair messy, showing that this take on Maxi is more vengeance-driven. And then I added the usual scarf he gets for a pop of color to match his sash.

I got excited about my favourite pokieman coming to Smash Ultimate, so 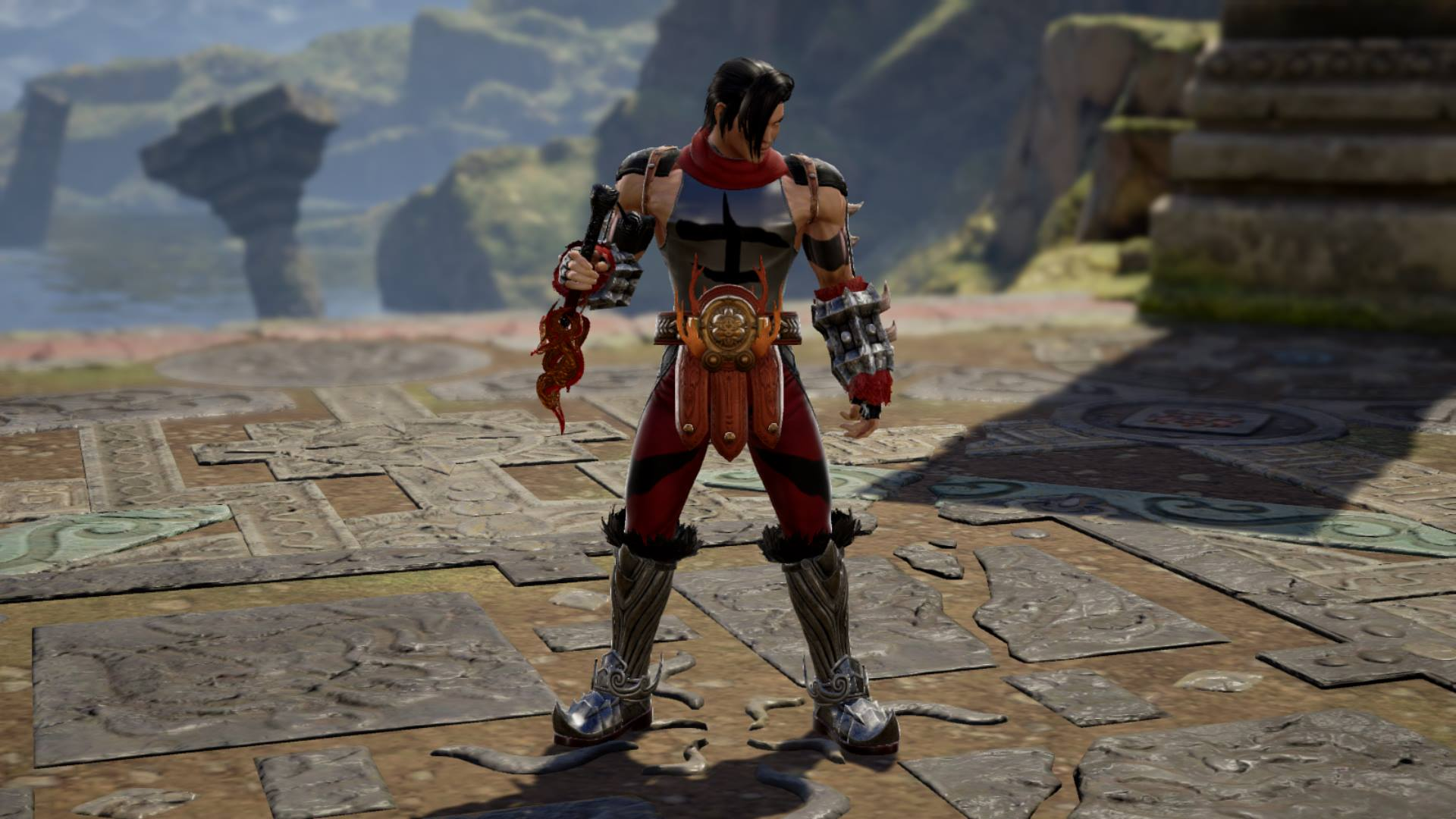 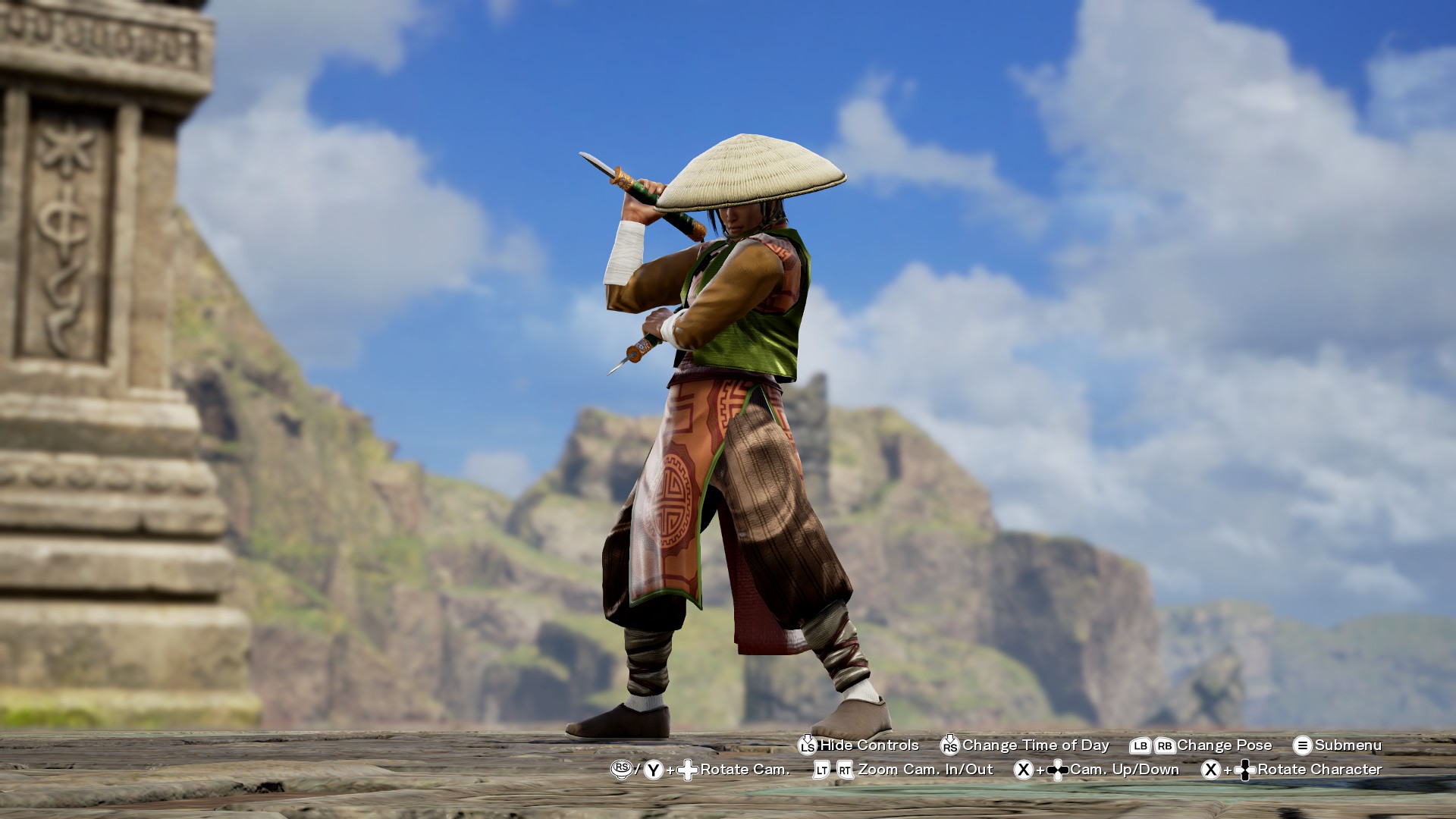 Been dressing up our boi as anime characters because I'm a fucken weeb. 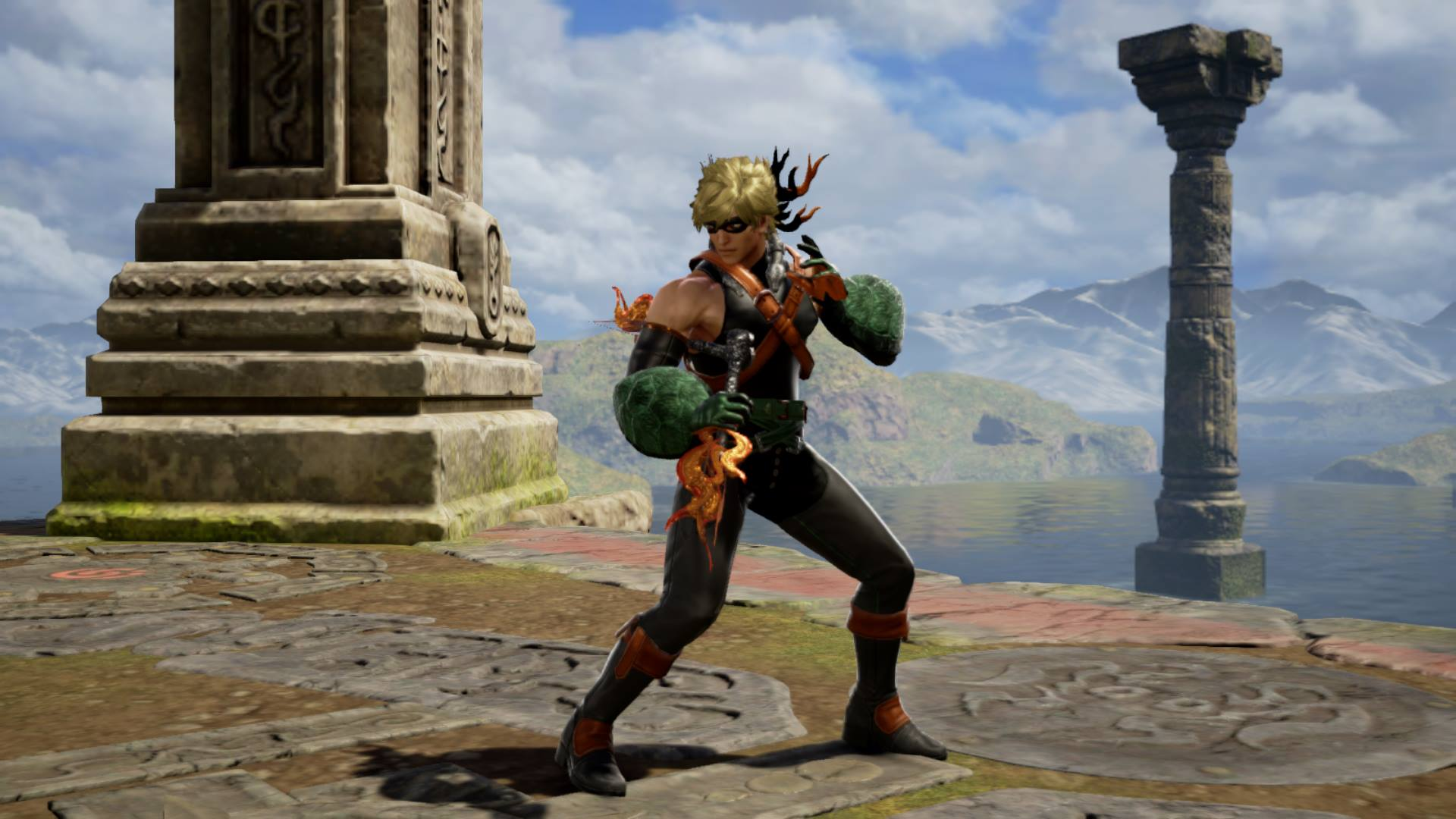 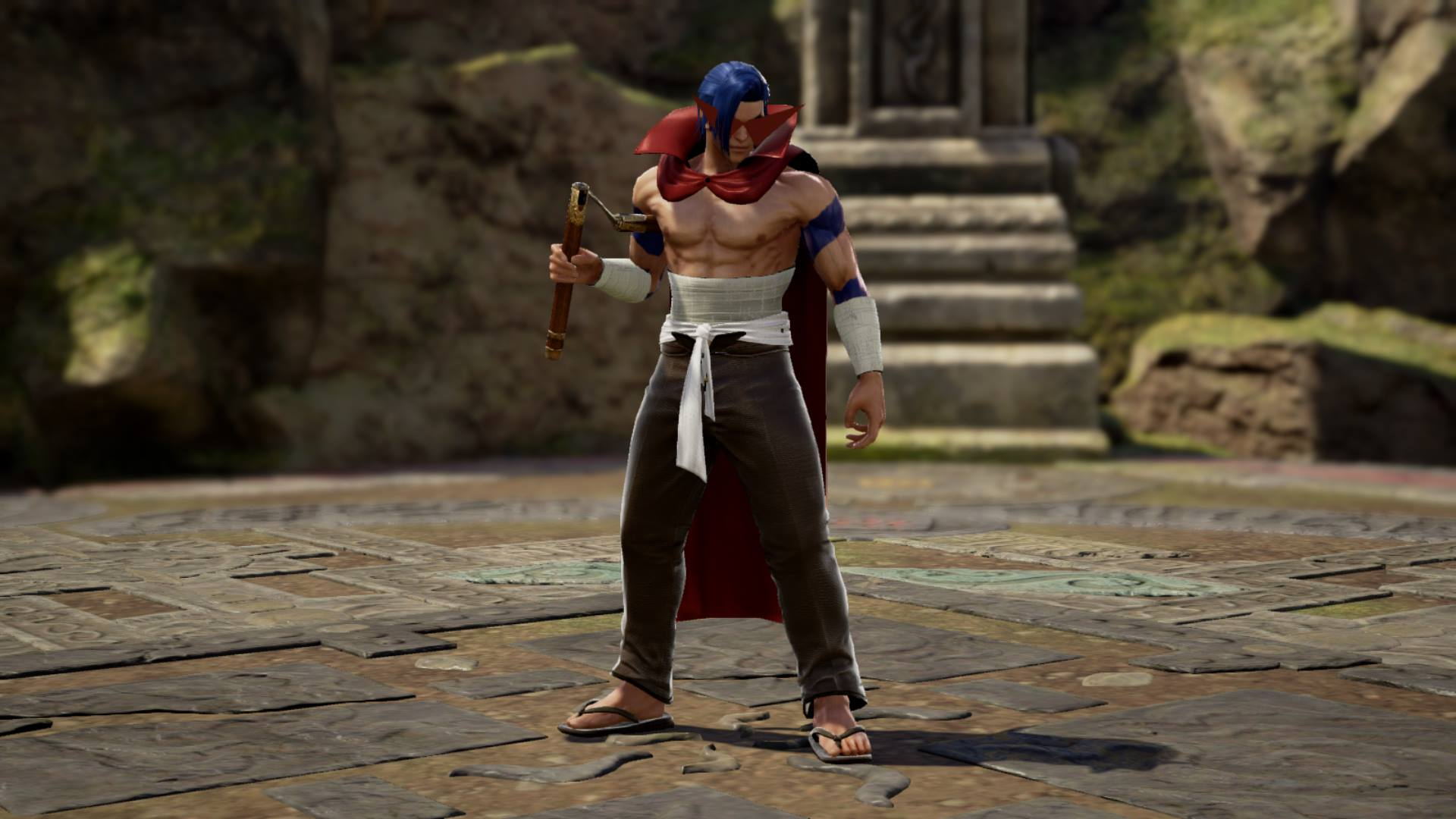 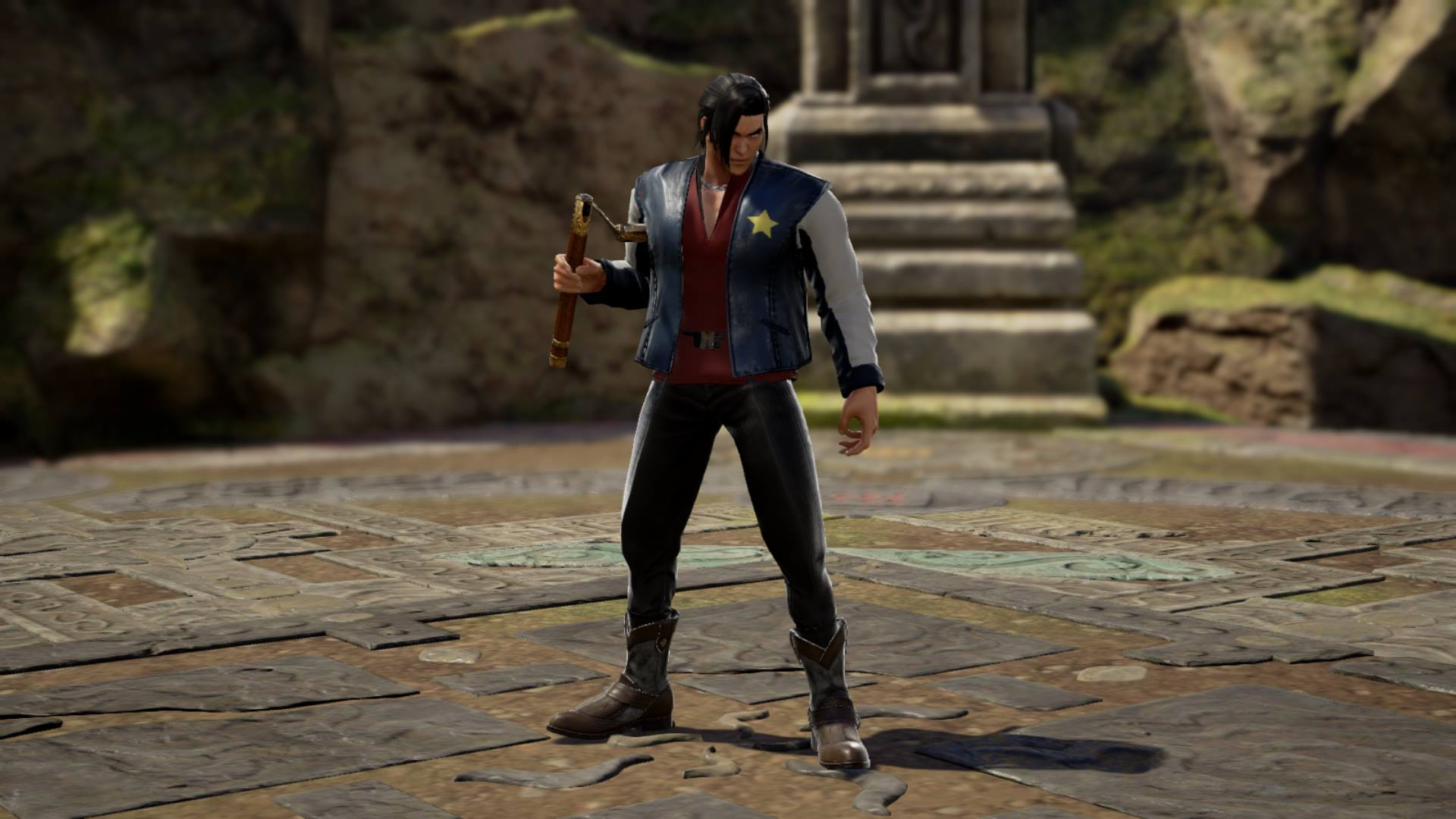 Tried to do the best with what we have.
Also, of course the big ol' star is on his back

So. These'll all probably look trash if you don't know what it's trying to recreate, Oh well :^) 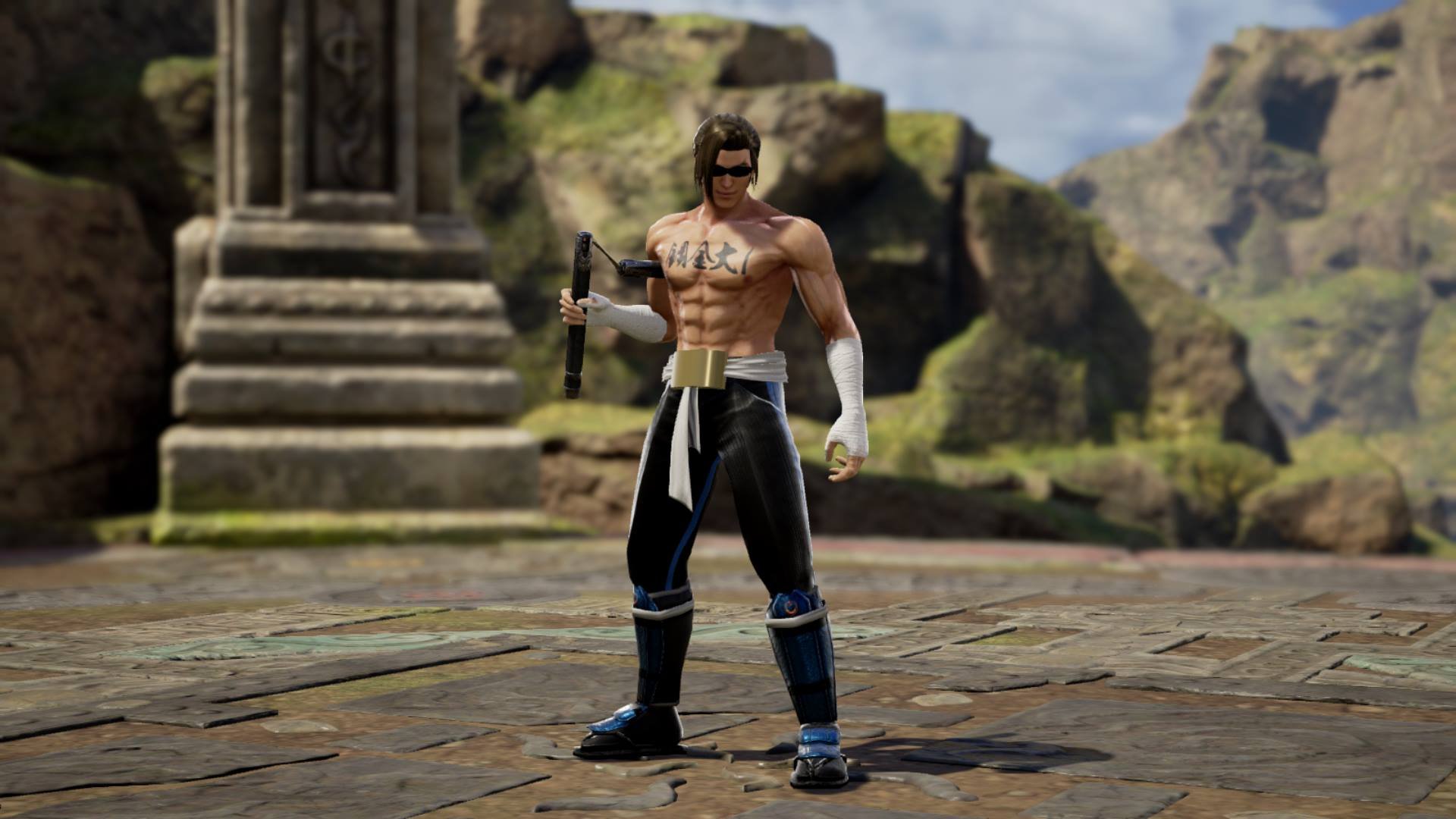 I've been wanting to this this since launch and this reddit post finally showed me how to make the guddamn sunglasses.

@HydroJames You NAILED the look of his clothing. Well done! 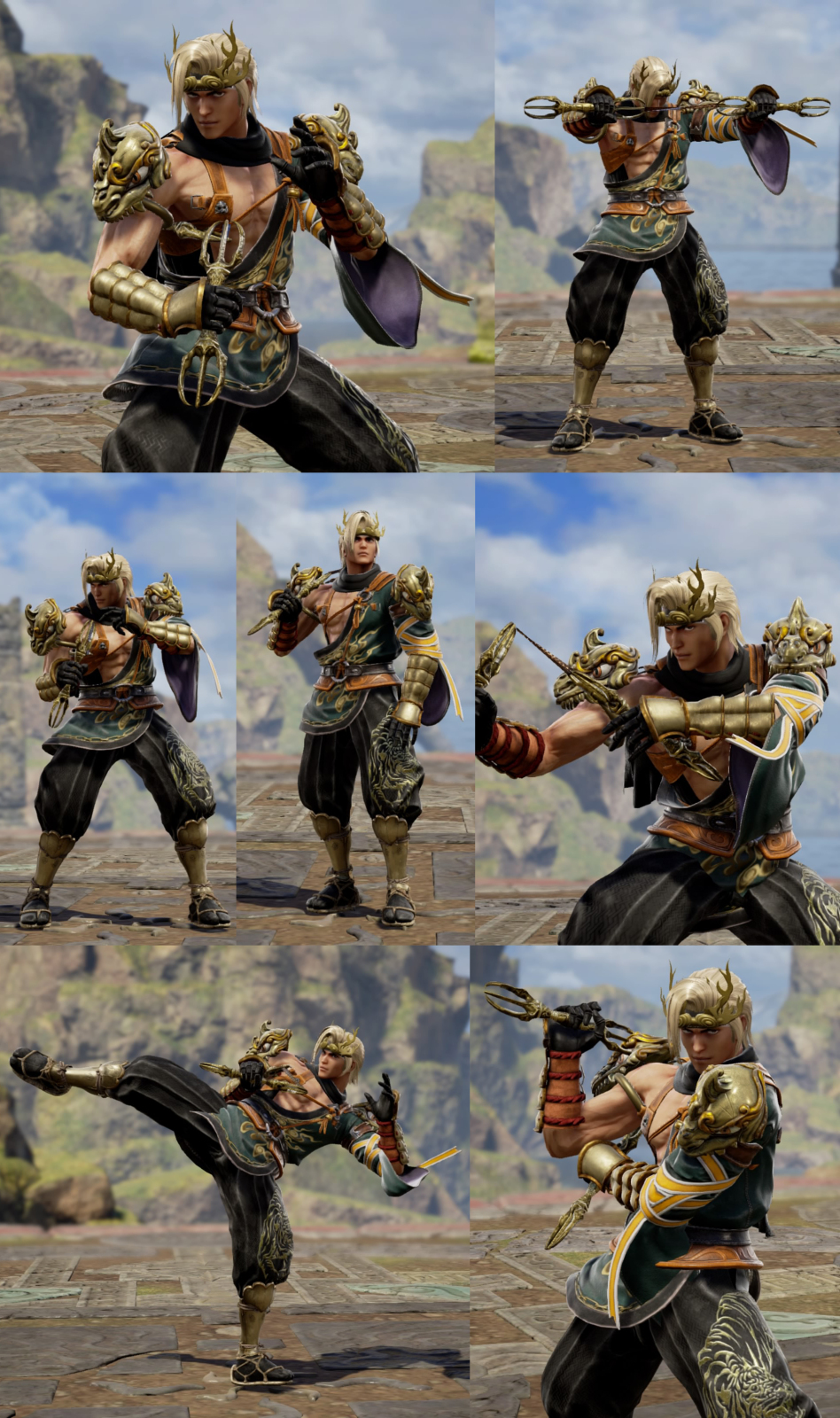 Ay yo what's up 8wayrun, it's y' boi Derocus here.
Comin' atcha with another 'I-just-dress-Maxi-up-as-my-other-favourite-characters-instead-of-making-a-CaS' outfit. 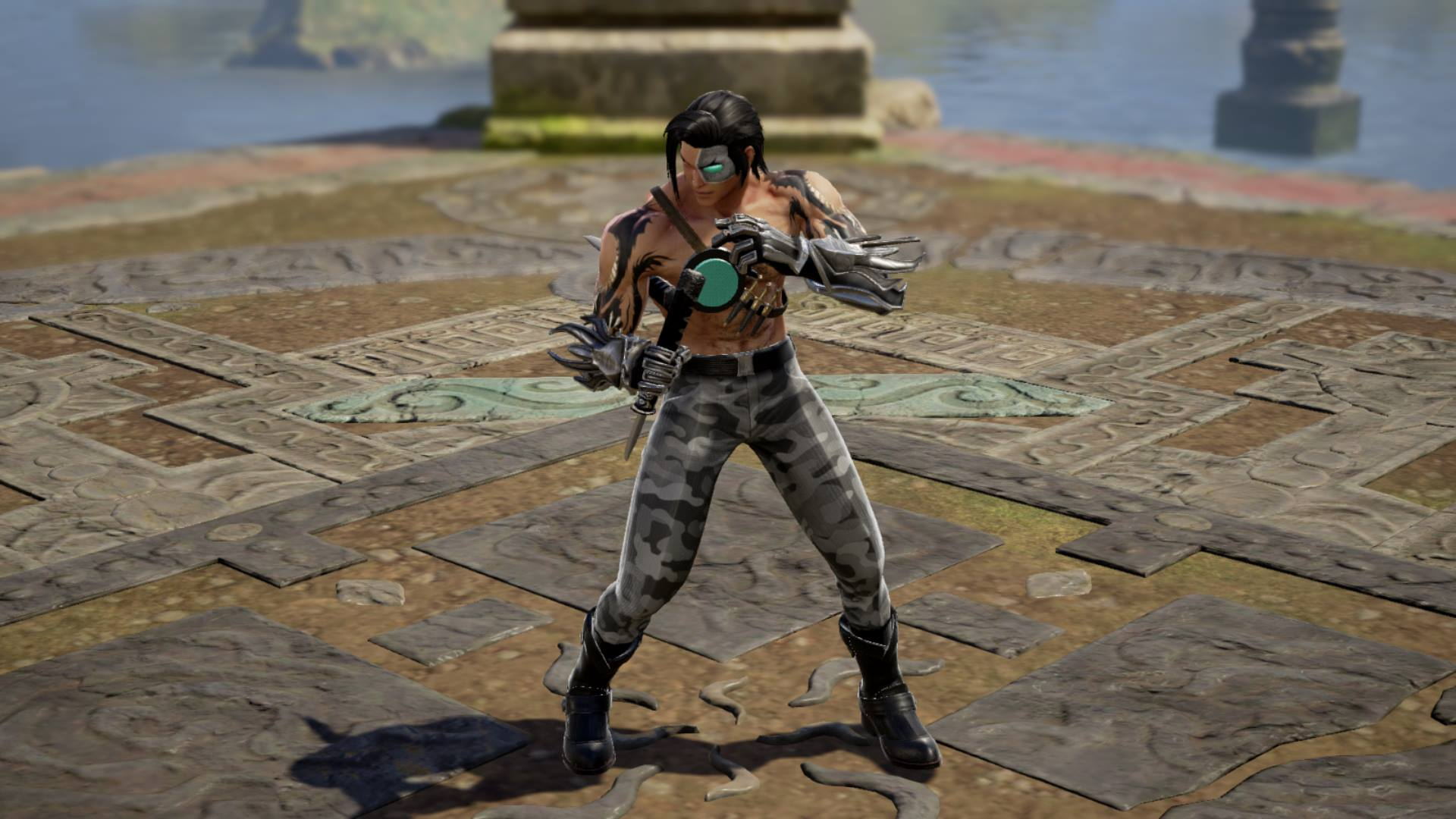 There was an attempt. But it only gives me so many stickers, man. I need more STICKERS.

I tried to make Mad Maxi, but I wasn't happy with how much the top didn't look like a leather jacket. 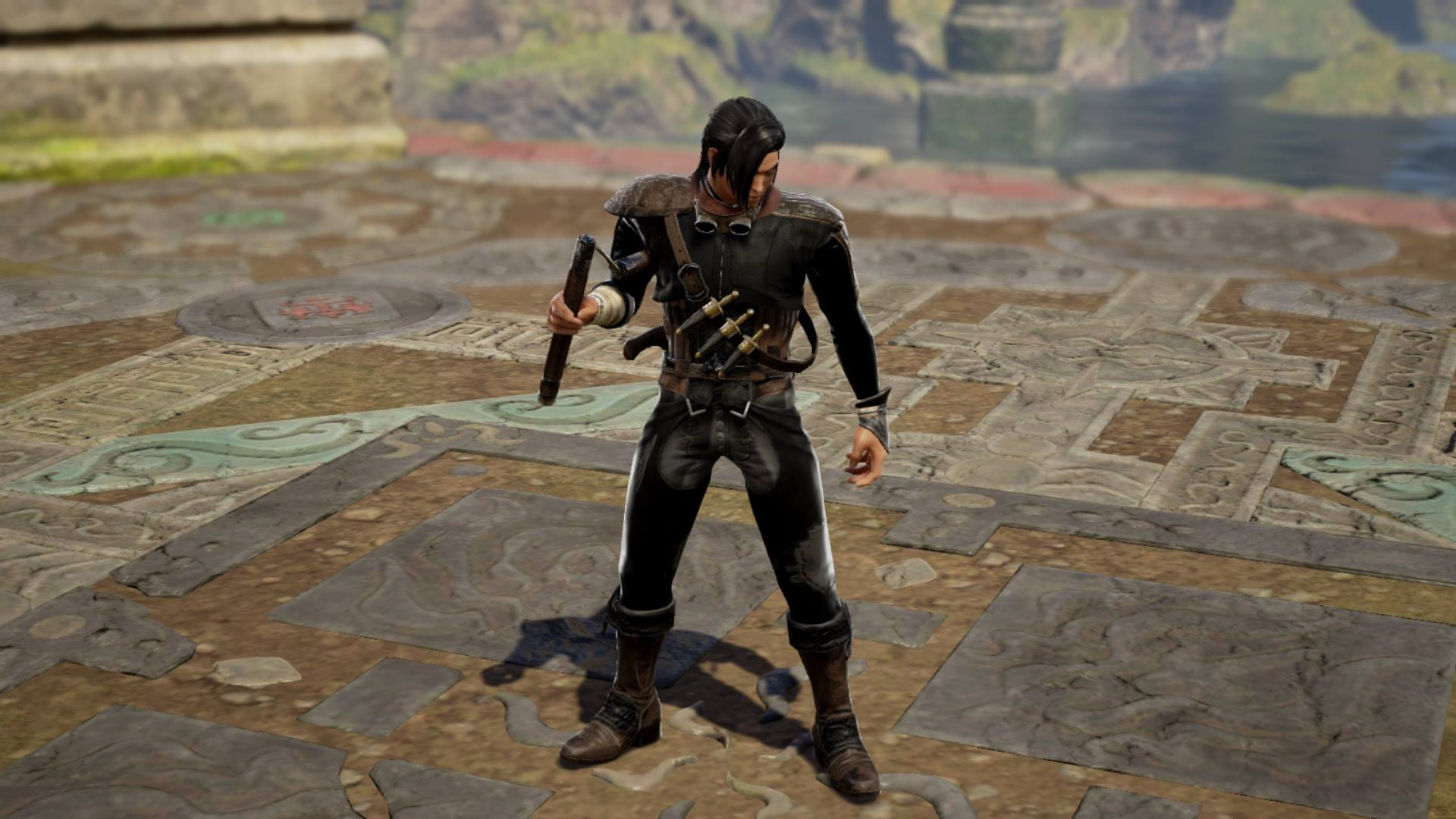 So I made apocalyptic Maxi instead. 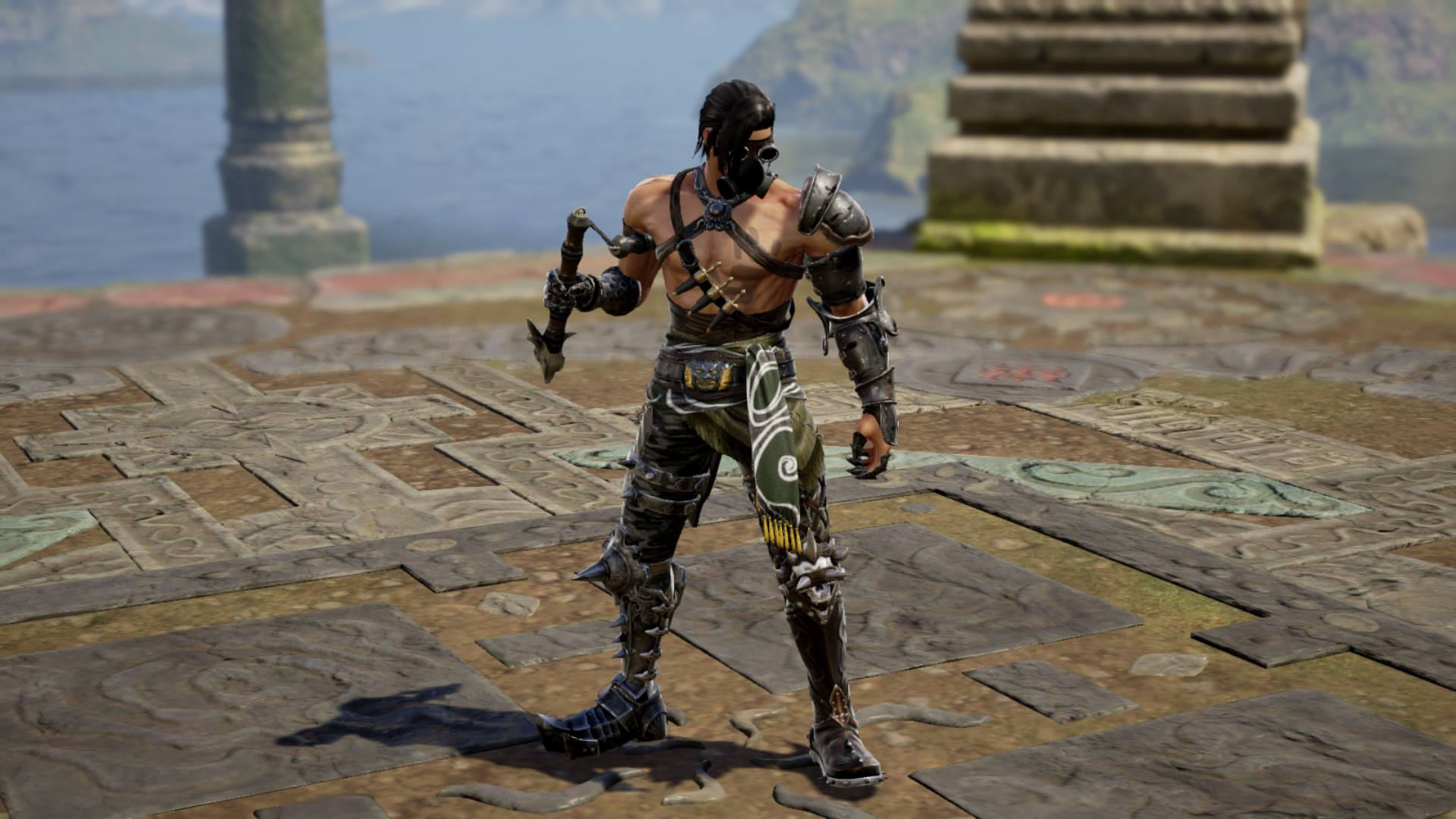 Here's a close-up of the 'gas-mask'

It's just a heart and demon horns. 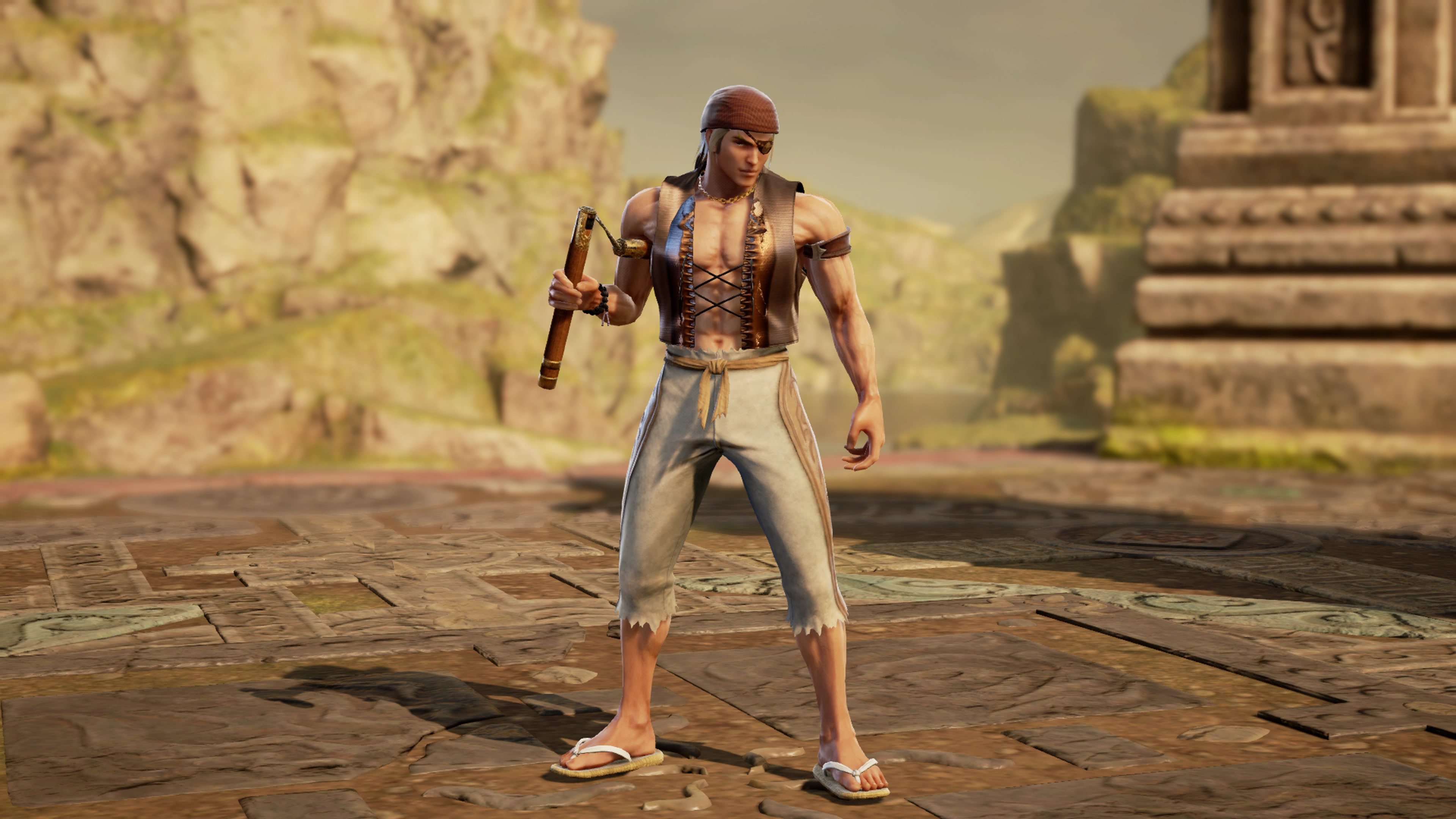 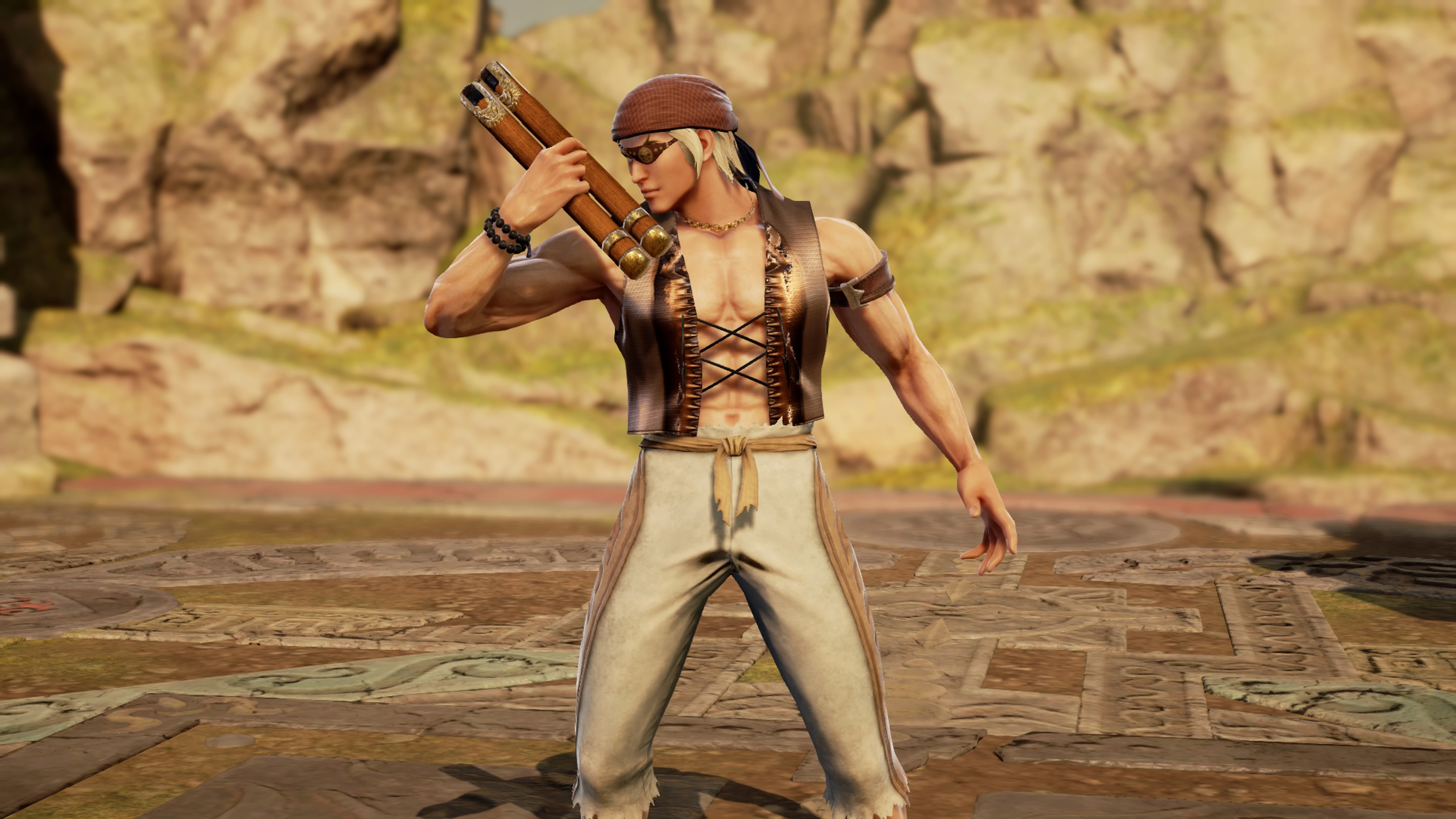 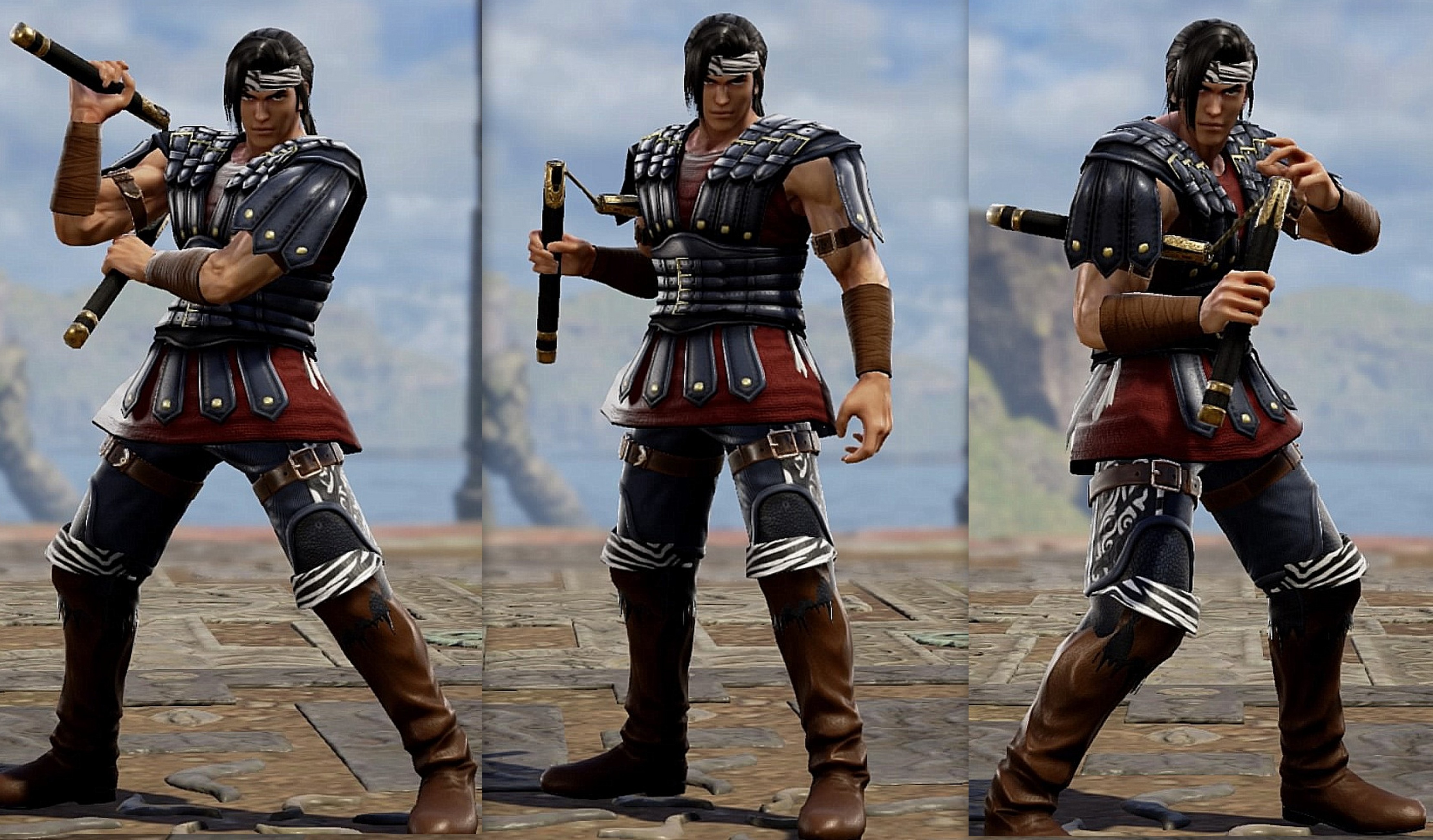 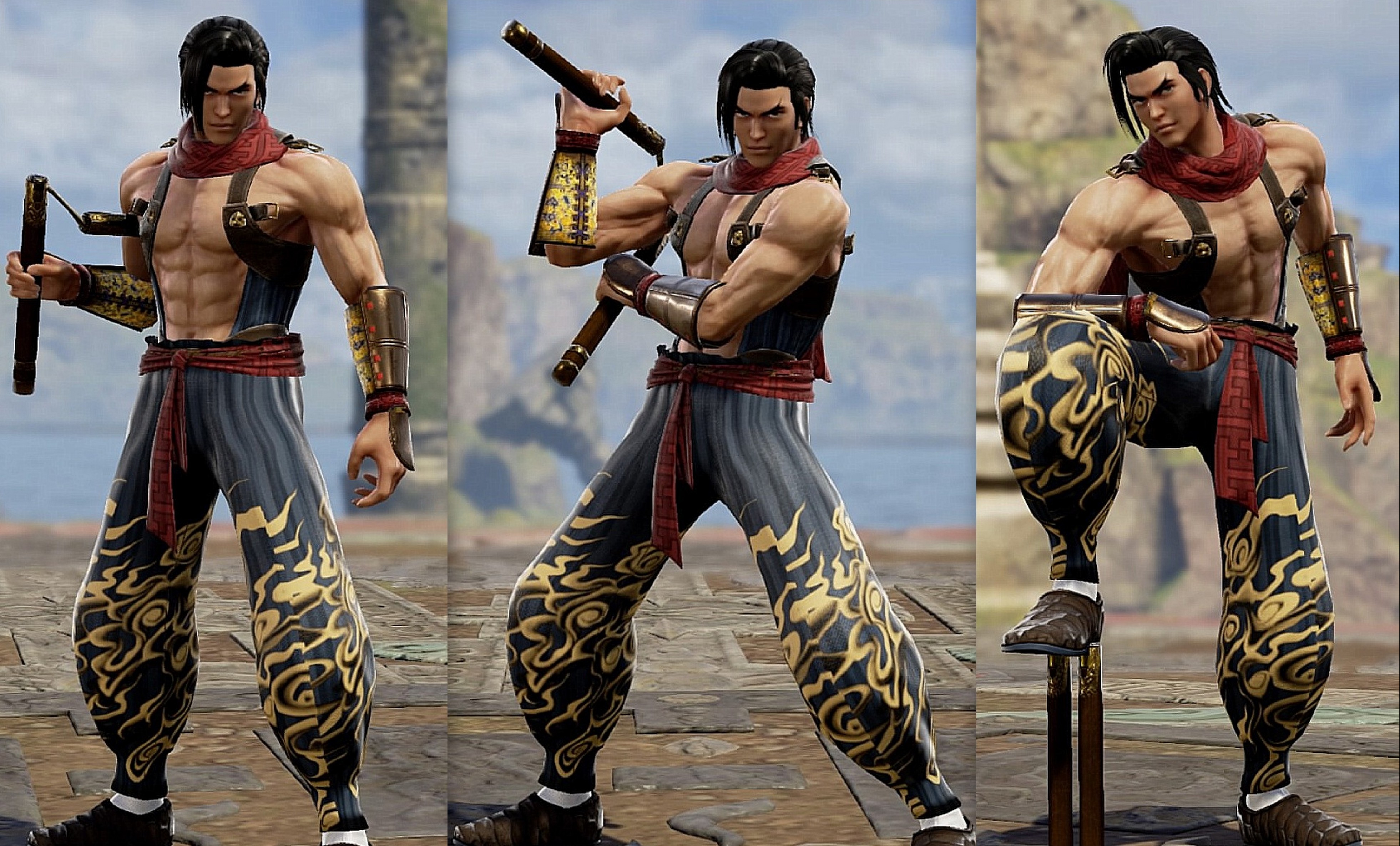 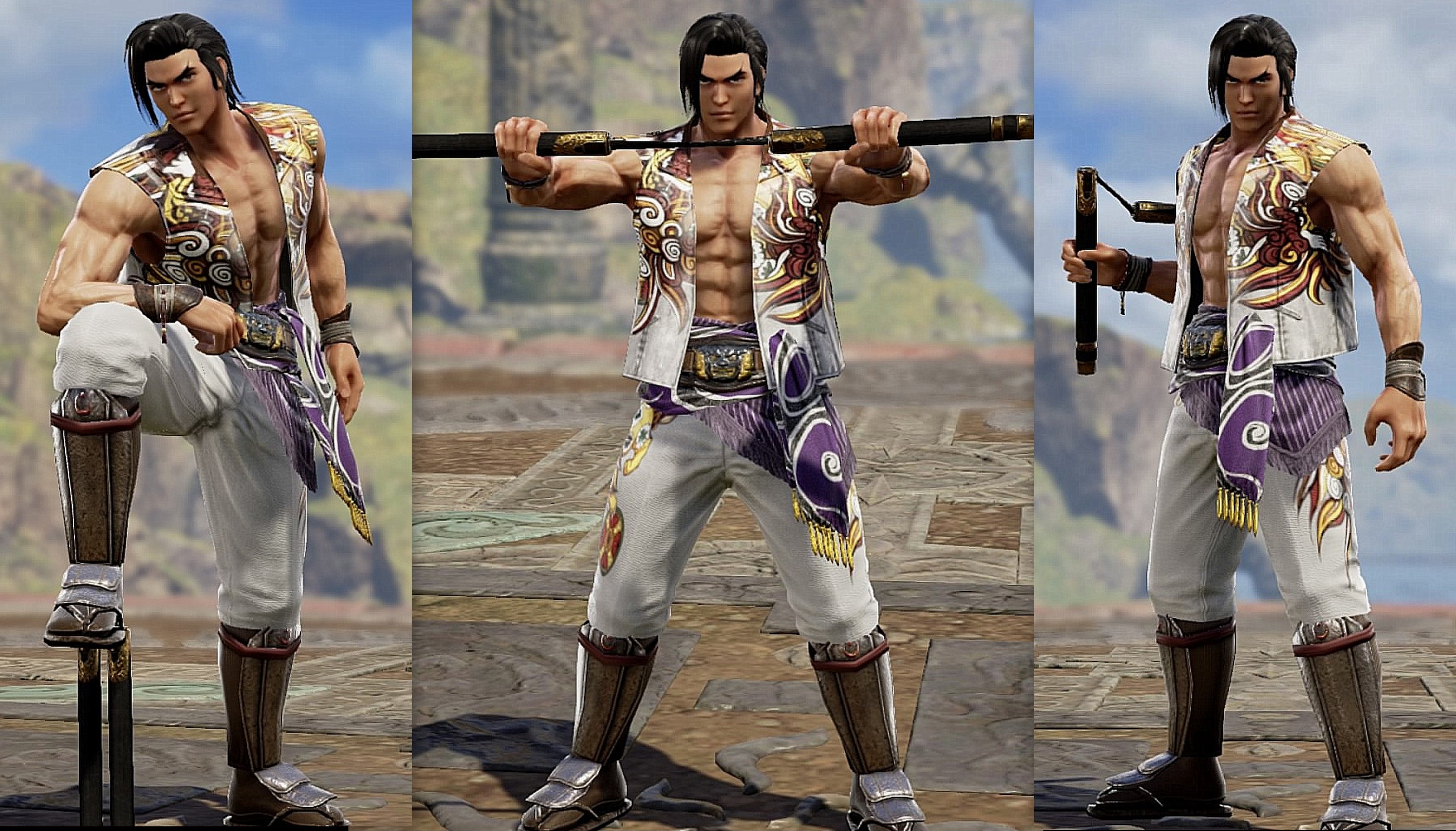 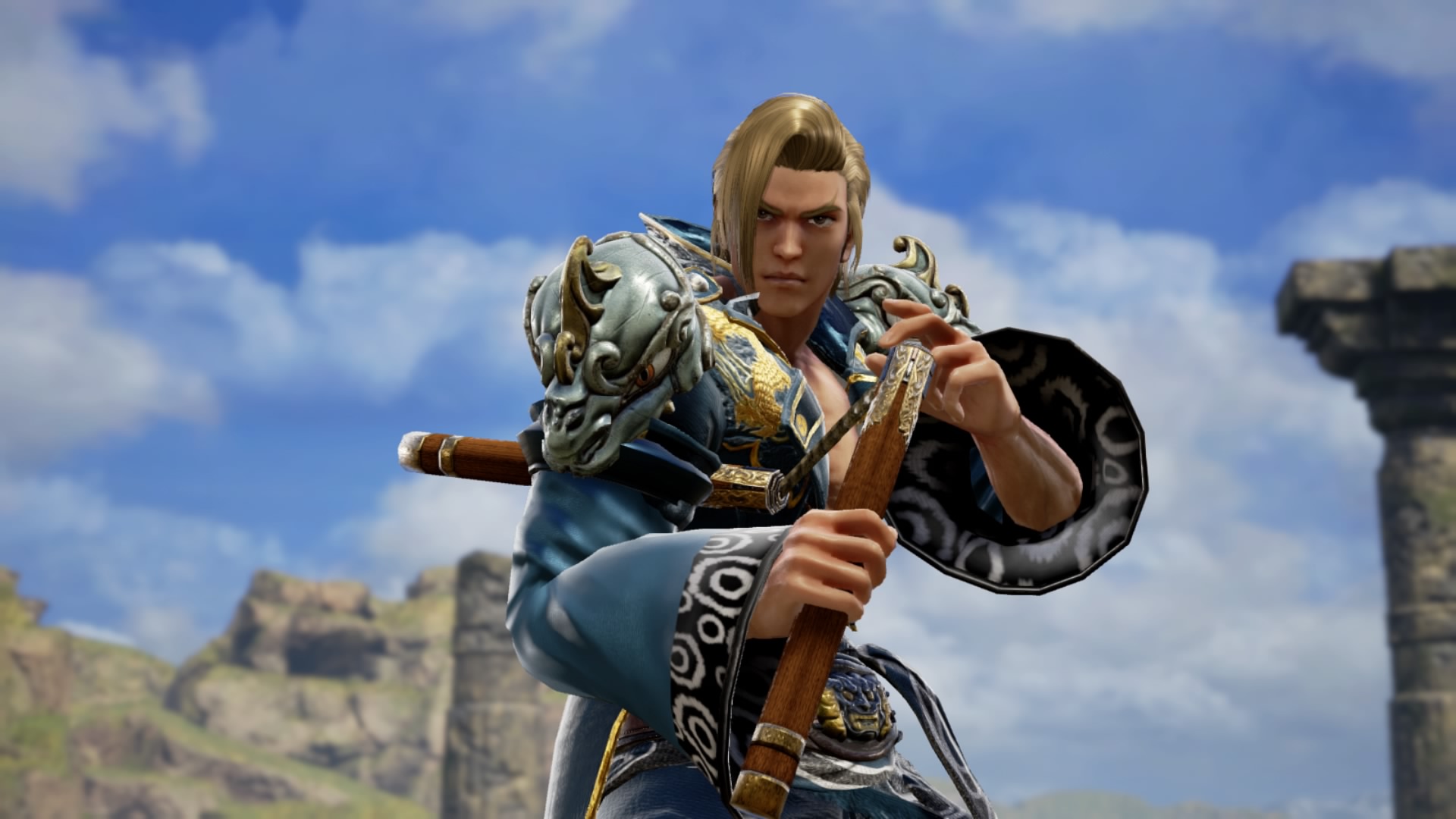 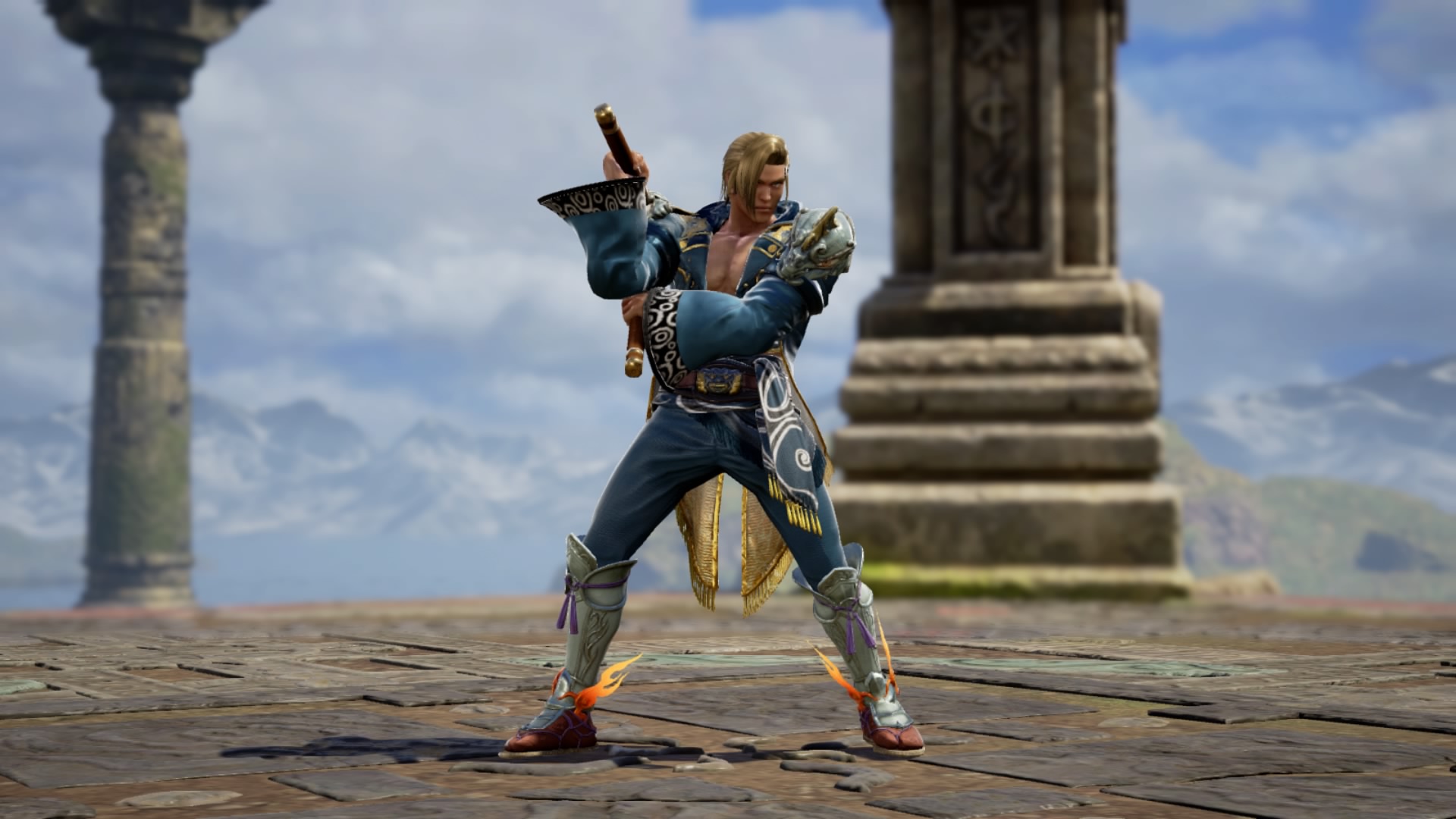 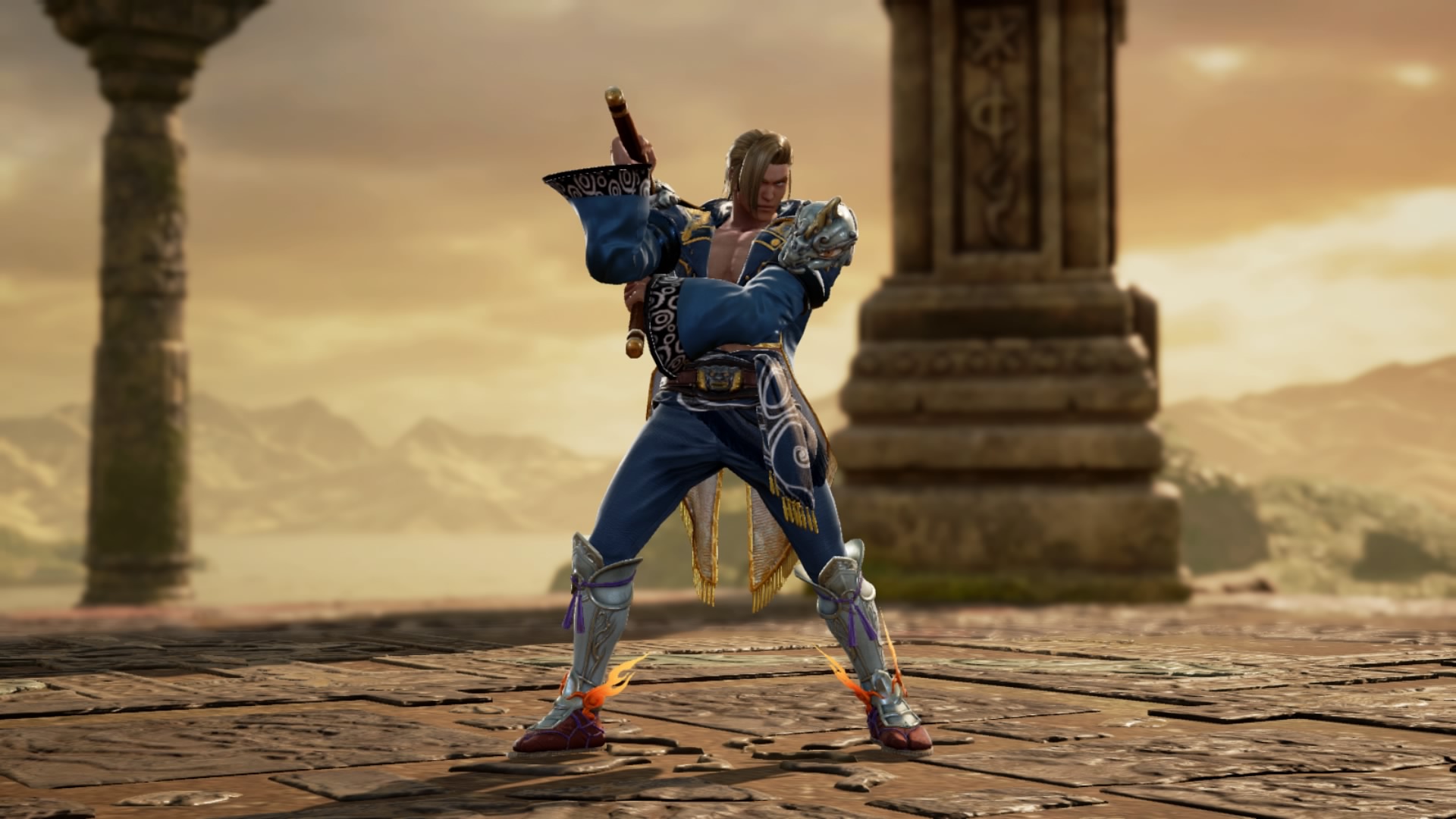 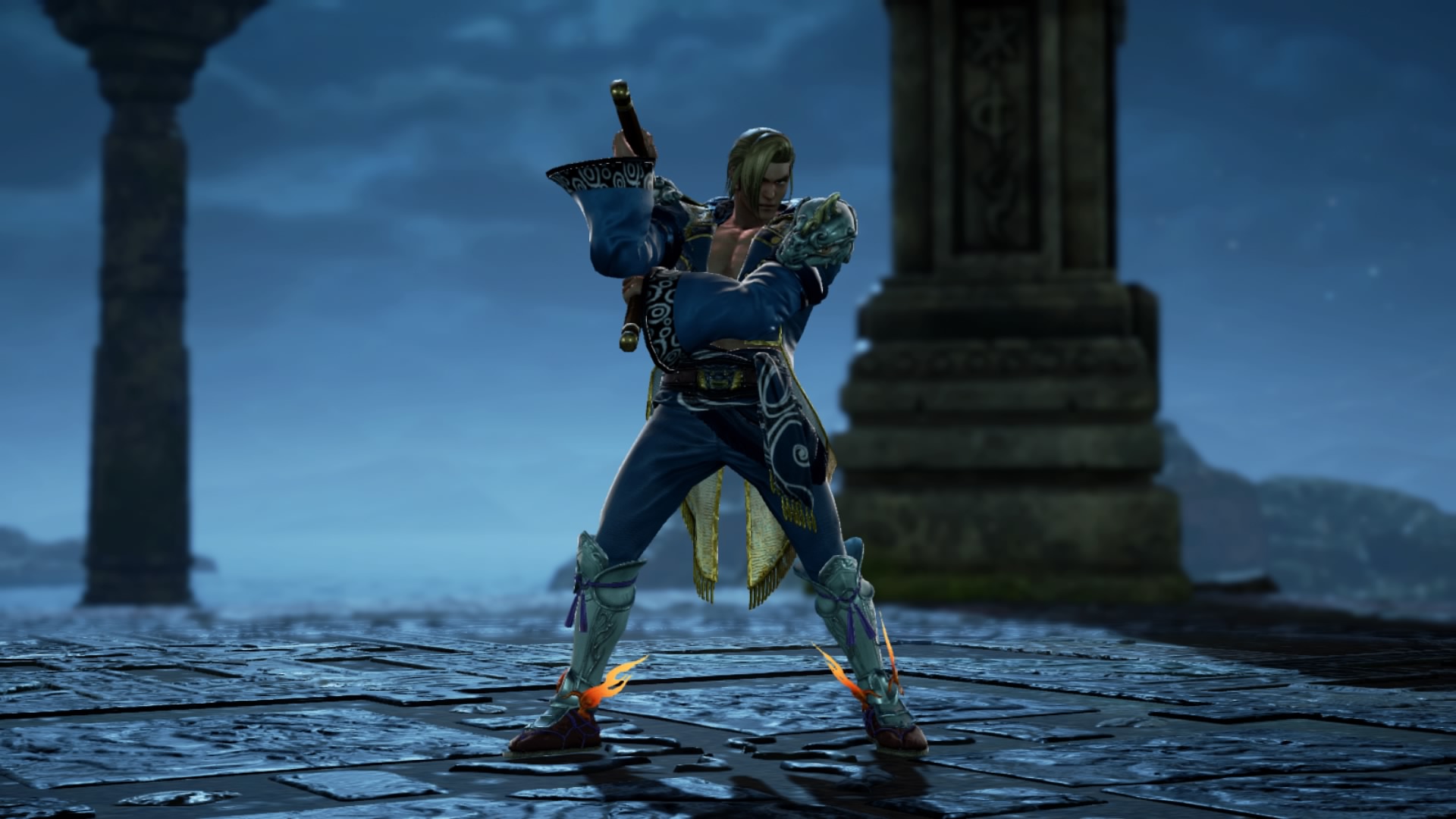 My own interpretation of a 2P outfit for Maxi, since he doesn't have one in SCVI. 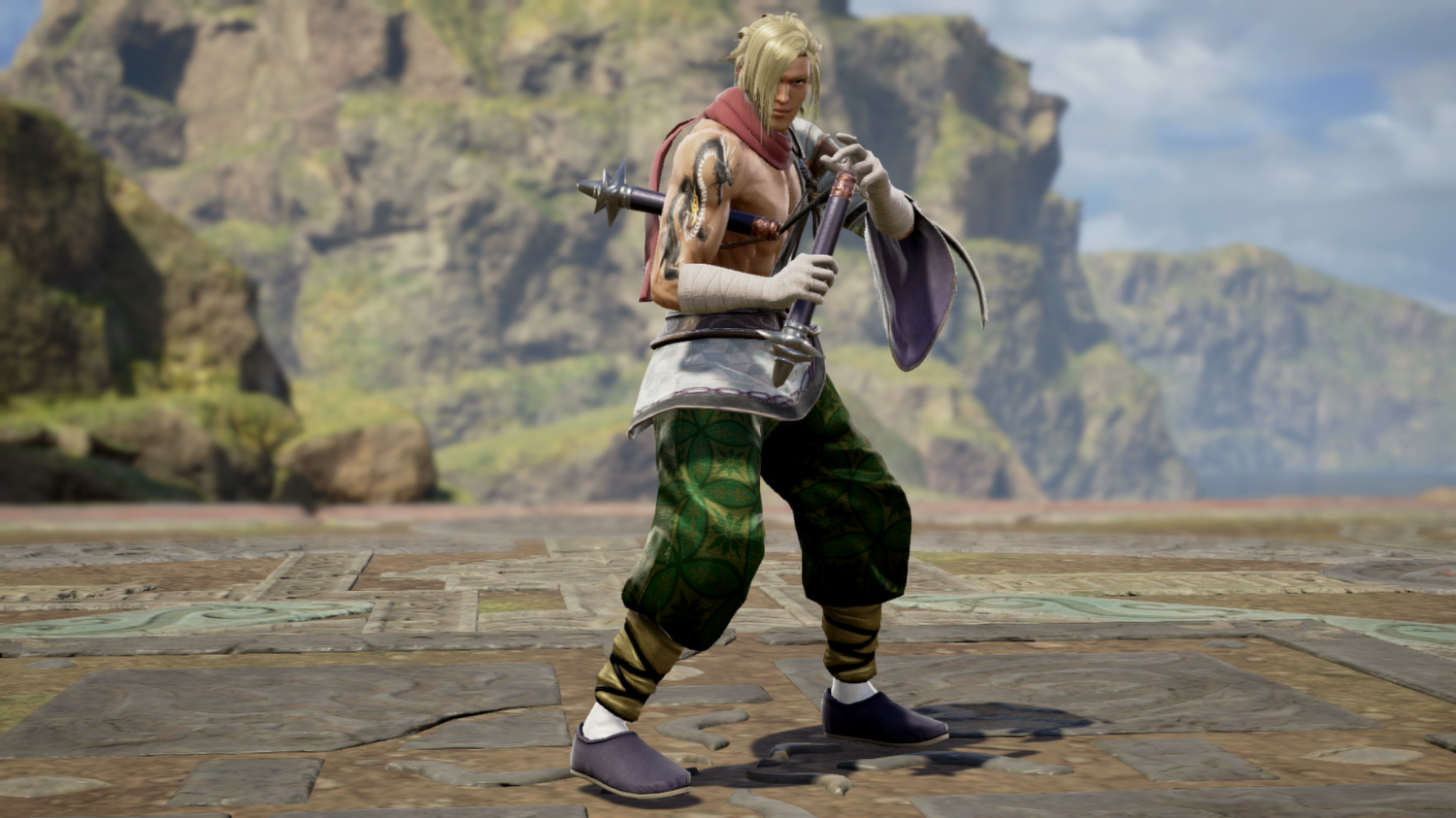 This was originally going to be an older take on Maxi. It was to make him look like a wandering monk looking for inner peace, much like how Kilik is. It's a concept I still want to revisit, so this design is subject to change as I think more and more about it.

One thing I kept from the old concept was the the hair, while still bleached blonde, is disheveled and desaturated more than his 2P outfits traditionally are. It makes him look angrier and restless, but it can also be re-contextualized as Maxi focusing more on his training than his looks. Whatever the case, I liked how it looked, so I kept it.

Admittedly, the patterns are something haphazardly thrown on to add a little extra to the outfit. I was more focused on the colors, since I wanted to go with the palette used in his SC1 2P because it's more visually striking than the black & red of later games. However, the inner lining of the Redemption Long Stole can't be changed, so that bit of purple throws off the outfit. I tried to deemphasize this by pairing the outfit with the Tetsuryu and making the shoes a similar-but-paler shade to make it seem more of a "cold grey" than "purple" but it doesn't quite work as well as I wanted.