NamcoFan said:
It would be good to see Christopher Lambert acting in a VG movie, but why do you all wanna see him playing Edge Master? Edge Master is asian
Click to expand...

Can't believe I am participating in this silliest of silly threads, but...Is Edge Master asian? He certainly seems to concentrate his training efforts in Asia, and I guess elements of his armor skew slightly towards a classical eastern morphology (in a very high fantasy fashion), but isn't his whole trope/aesthetic that he's kind of timeless and from an era before the establishment of any of the peoples contemporary to the plot? His face sure doesn't help at all: he could really originate from anywhere from the central asian steppe to Scandinavia, if you were basing it off present day phenotypes. His standard hair, being white, doesn't give much of a hint, but notably his younger-looking 2P is consistently red-haired. His tattoos are high fantasy arcane/tribal but don't match any symbols I recognize from anywhere in antiquity. I don't think he's really meant to be anything, origin-wise: my impression is that he is intentionally designed to be a cypher: that mysterious ancient mentor character whose precise provenance will never be explained. But despite being a fan of the franchise since virtually day one, I have not committed the lore much to memory, so perhaps there is something there which provides a clearer clue that I am unfamiliar with. I'd be surprised though: again, the whole point of his character seems to be oriented towards a lack of specificity.

I picked her as Setsuka! 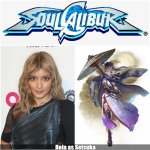 And him as Groh! 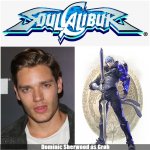