Taken from the background of the namco bandi site : https://bnea.akamaized.net/movies/CorpWeb/Sc6CutHp1.m4v 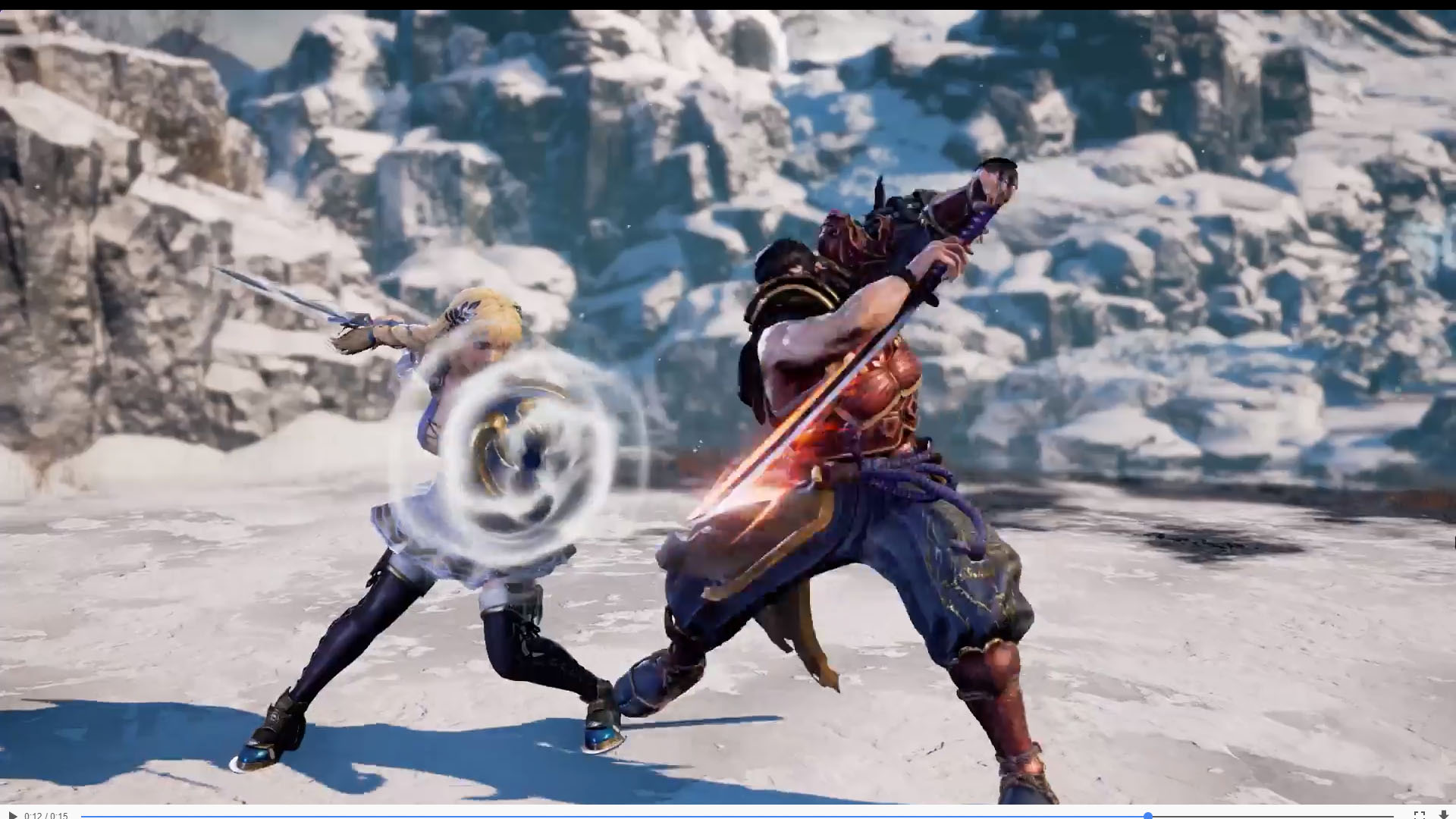 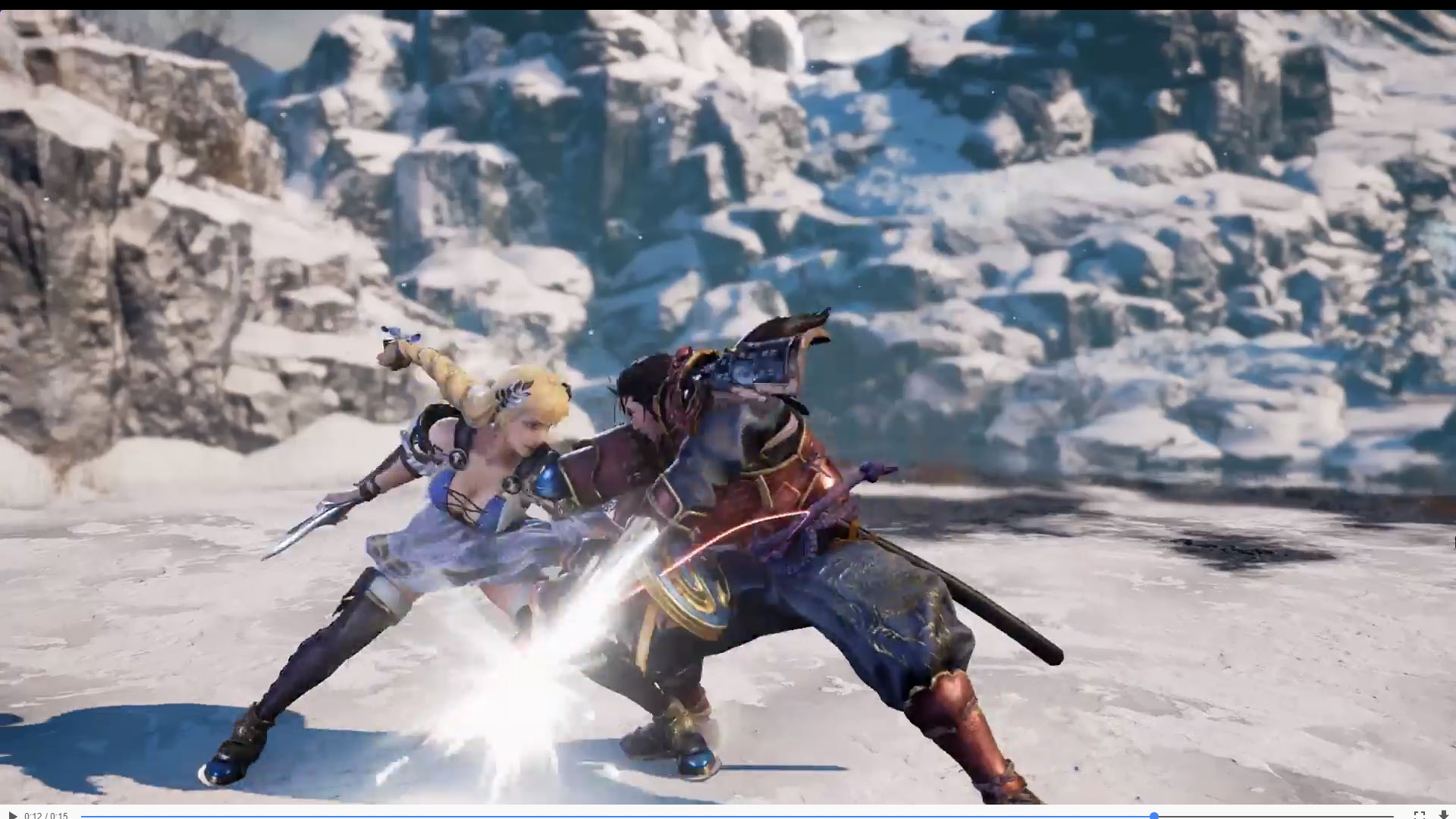 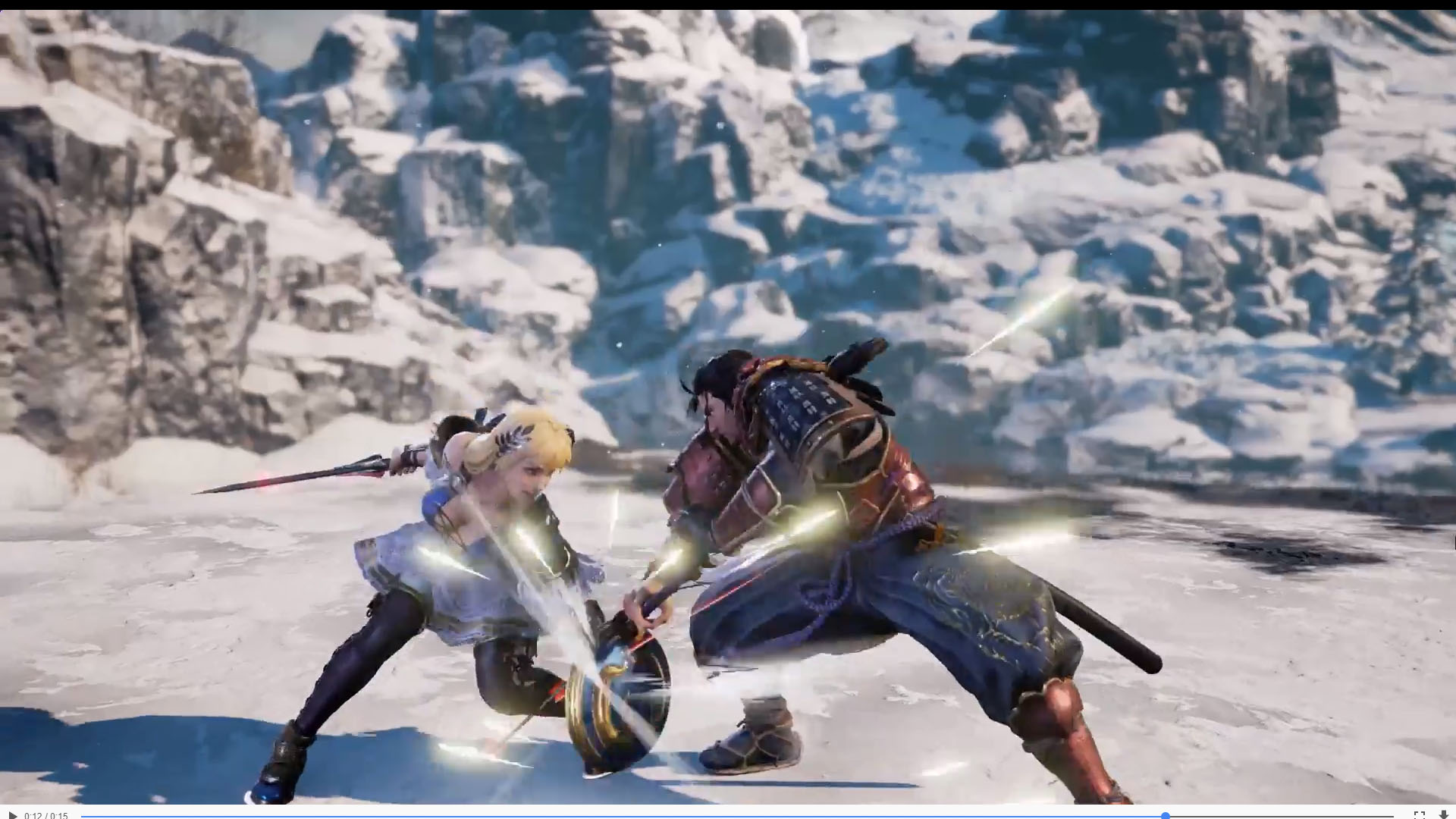 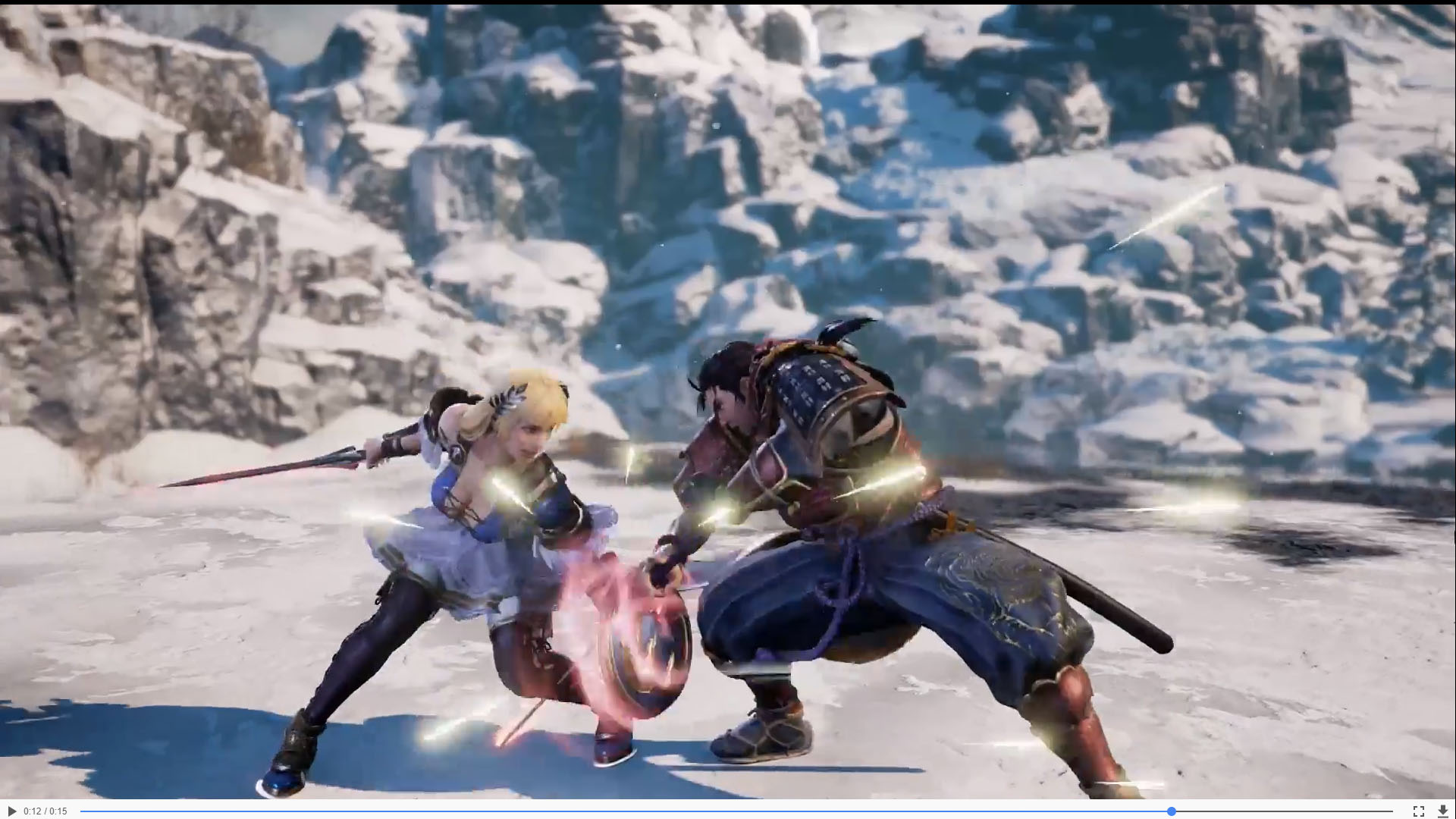 Now Sophitia's shield AND weapon start to have the pink effect. Notice Sophitia's pose is exactly the same as the first screenshot. 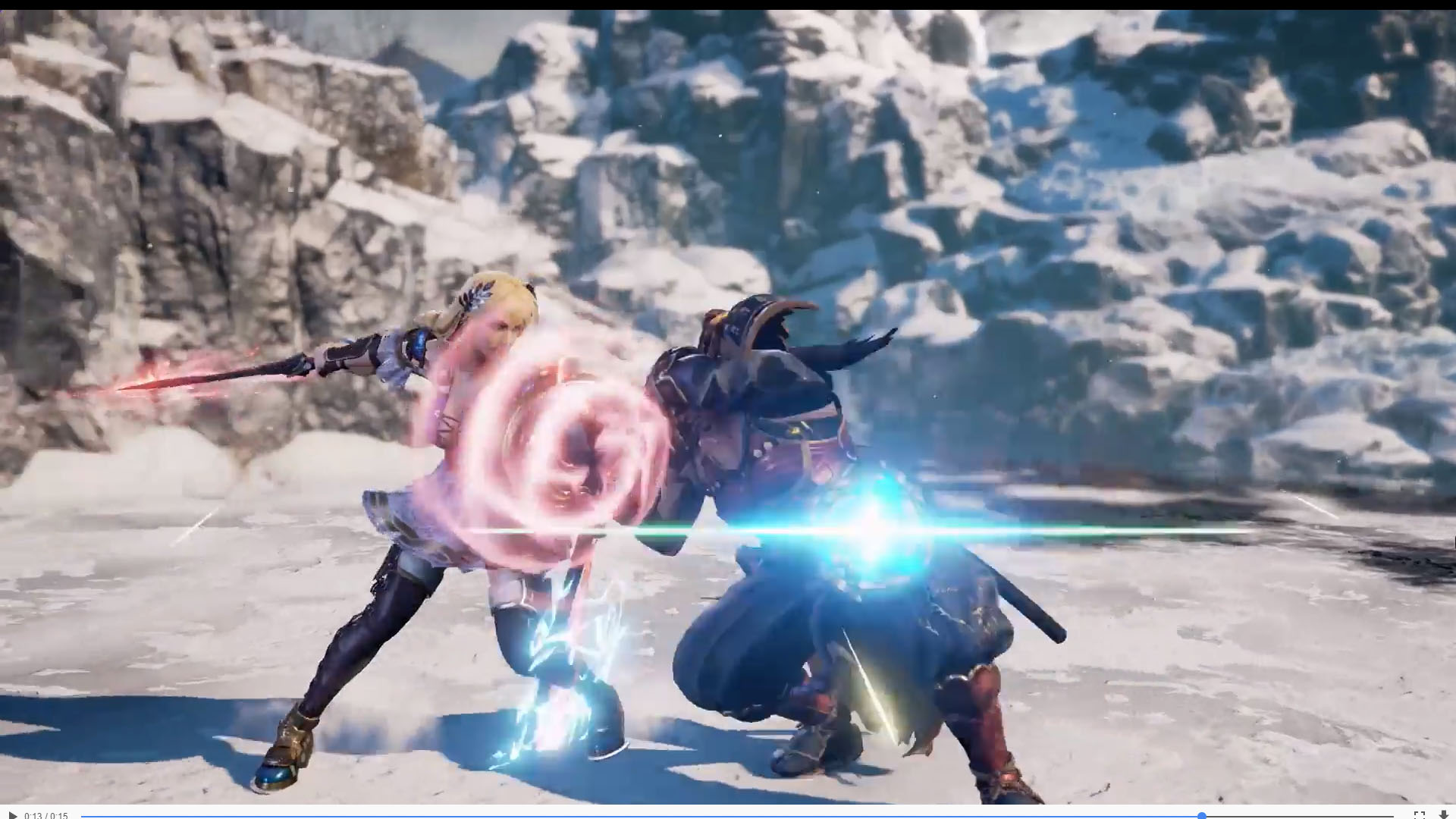 Reversal failed! What caused this ? 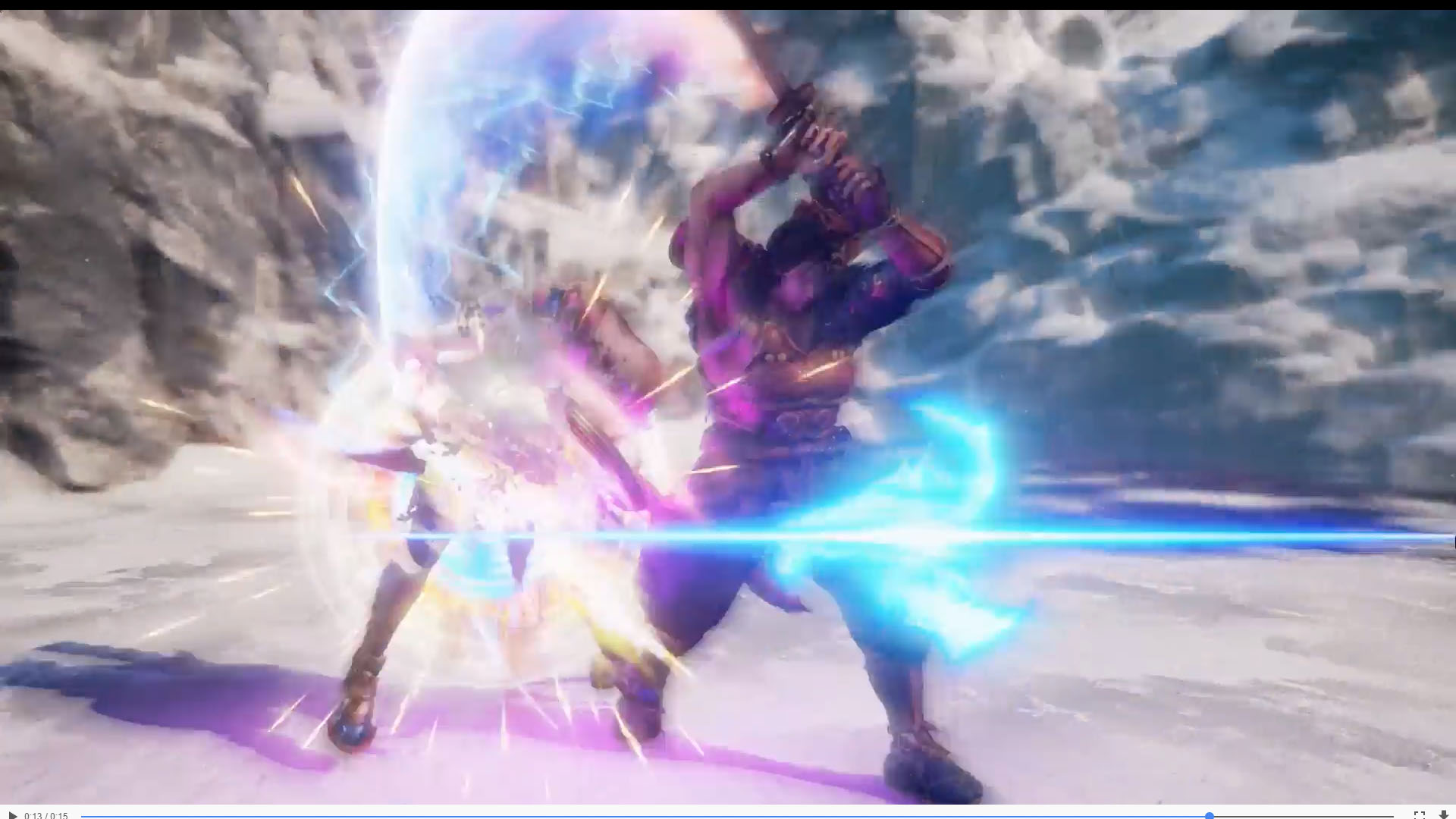 Armor break on Sophitia. From the back you can see she loses her elbow pads and forearm bracer 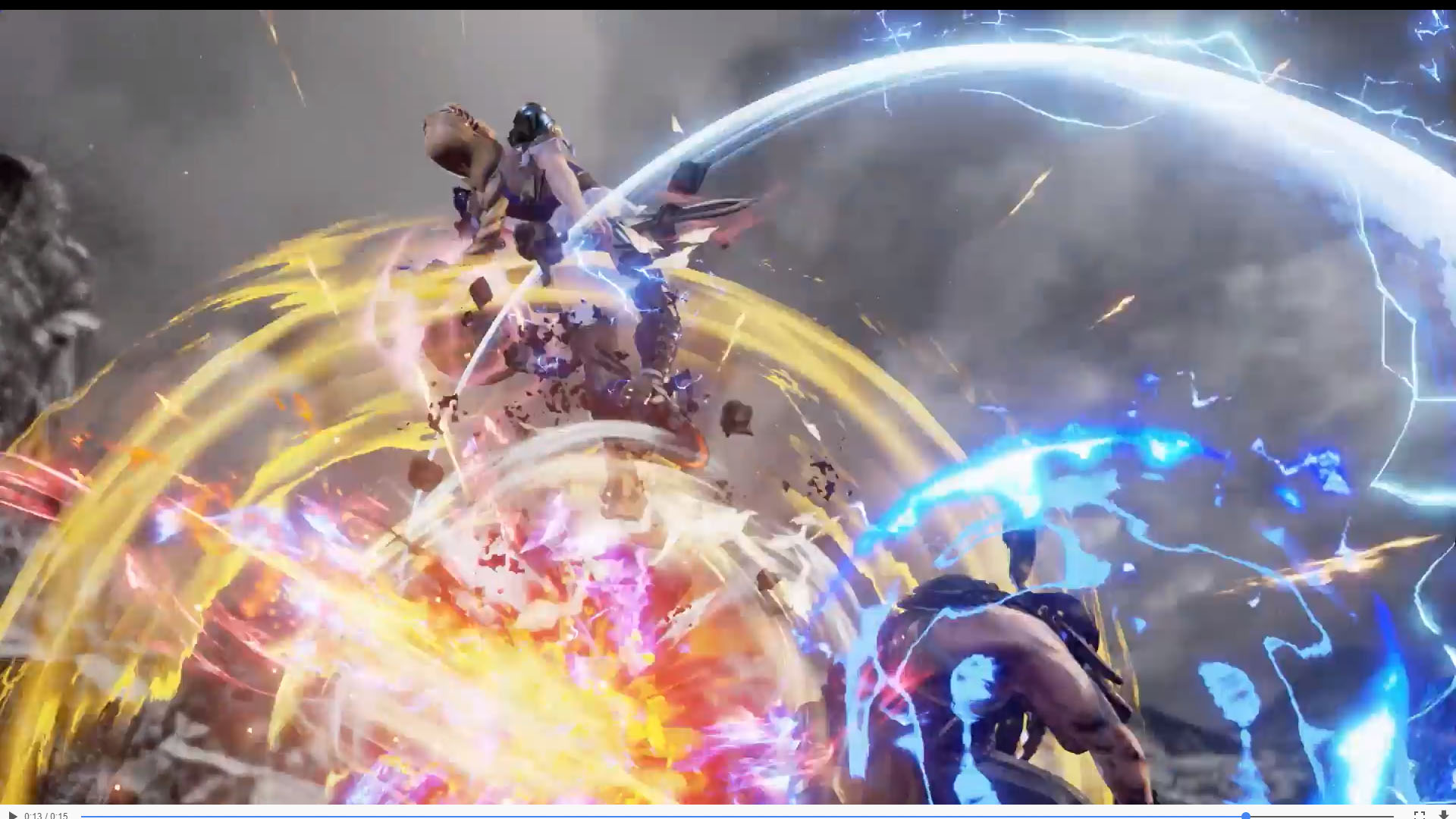 Seems like maybe Reversal Edge functions like a Meter-Consuming version of the old-style Guard Impact where we could choose high/low as well as front/back.

I guess the red glow of shield AND sword could indicate some attempt by Sophie to punish Mitsu's low after her parry. Mitsu then mindgame-counterhits it, at least that's what I make from this.
Last edited: Dec 8, 2017

Launched for using this technique. Probably a mixup based on what button you press. Hmm wouldn't it be better to just block it and do something safe that won't get you punished for running your mixup? I guess that's what you trade for getting an auto-block? Need more details to see what gameplay effect this has. Looks great though.

My guess is that the pink/red is when you can activate the clash. I'd be kind of surprised if the white indicated if it was blocking mid/high. I think moves with GB properties just smash through the blocking stance.
Last edited: Dec 8, 2017
J

i hope it's not like DOA5, where you have those cutscenes to knock someone off the stage and the only way your opponent can evade or reverse is by hitting the same command as you. It looks cool but in practice its pretty lame. Hopefully those things at least require metre.

Reversal Edge is meter less. The white flash is the startup animation of Reversal Edge. Then for Mitsu it turns red. For Sophitia it turns pink to parry all hit levels. It makes legit lows like the 2nd part of Sophitia's 4AAA feel like a special mid. Since GI is meterless again, I guess it covers all hit levels just like in SCV.