With this setup I can do both Parting Thrust and iMCF by sliding from Square to triangle really fast (For iMCF 2A:B+K is read as 2A:B). I also find doing B grabs much easier by pressing R1 and X at the same time as oppose to the awkward Triangle+X therefore I don't need to bind any grabs considering how easy it is to A+G. One other thing, triangle being B+K makes shenanigans like going into Dragonfly to avoid lows and such much easier for me (as oppose to having it as a shoulder button) but thats just me ^^
G

On pad, default button layout except for LB and RB.. LB = A+B, RB = B+K.. I use these strictly for breaking grabs, hold guard and spam my shoulder buttons. I would be sliding to RB after tapping my horizontal button like it worked for Yoshi in SCIV's ear slicer, unfortunately.. it doesn't work like that in this one, god knows why. I find Parting Thrust is simple enough to do with default button setup, with the aid of starting off while holding G, hitting A with the tip of my thumb then sort of rolling the side of my thumb over to the B and K buttons with a sort of, swift, flicking motion. Almost similar to imcf's motion but instead of just sliding a:B, you're adding an extra button with a:B+K. I can get Parting Thrust, maybe.. 7/10 times in actual match situations when I'm mid combo.. it's pretty close to 95-100% if I'm sitting there and just trying to do Parting Thrust. This is also coming from someone who does not consider A+K an awkward button input, even with default layout on pad ^.^ happy hunting fellow Yoshi's.

Cuz who needs a B button.
J

The only thing I changed on my controller was RB: B+K and RT: A+B. The rest for imcf and parting thrust eh i do with just my thumb. I originally tried the parting thrust input on my LT button but eh changed it back because I wanted to keep the B+G grab there.

Signia said:
Cuz who needs a B button.
Click to expand... 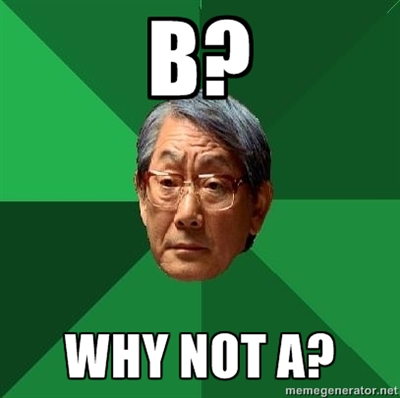 I use a Hitbox, layout looks like this. I can 2a:B across the top leftmost, and a:B+K across the bottom rightmost buttons. The physical button layout is very helpful. The 1/2" between each button face makes a world of difference over my last Hitbox which had the buttons too close together to allow for comfortable swiping motions to hit those Just Frames.

I never posted my control scheme.

Side flaunt note: I'm confident to pull off aB+K without sacrificing shoulder buttons. I'm not always consistent, but I can at least do it. The button layout is to ease minimize some input errors I do.

For yoshi i use:

This is basically my standard layout except that i switched X and L1. Makes parting thrust very consistent and easy for me.

Unlike Tekken in which I use my fingers on the face buttons, in Soul Calibur I use my thumbs like most games.

This is actually my setup for ALL characters, because I feel and to be the easiest presses. Not all characters use like Yoshi, but having that bind is good for characters that slide from one button to , like Siegy and Cervy. I also bind because I find that press to be difficult.

I've had this setup since Soul Calibur 2 and it just so happened that it is extremely useful for his Parting Thrust, and is iMCF. It's similar to Enligh10ment's in that.........well you'll see

So like Enligh10ment, I have it so that i only have to slide my thumb from Square/X to Triangle/Y in order to get the input out for both his Parting Thrust as well as his iMCF.

Just got a new arcade joystick. Anyone know any good setups? Specificaly for A+B+K and iMCF/aB+K
.

Aquaash said:
Just got a new arcade joystick. Anyone know any good setups? Specificaly for A+B+K and iMCF/aB+K
.
Click to expand...

I bind two empty buttons to A and B+K and slide with my fingernail. iMCF is easy enough on stick since you can slide more competently on the natural layout.

Am I the only one that binds B+K to the left shoulder button and just taps A normally first? I've been discussing this for a while with other Yoshi players lately, but I feel as if an Xbox controller gives a better feel for button input for Yoshis JF moves. Ive used the same Ps3 controller for years now(Ask Mkl theres a burn mark for how many iMcfs done on that remote back in the day), but after EVO last year and the controller I modded, I've never gone back.

I do it the old fashioned way on the X-box controller to pull off aB+K. No button binds.

When I went over my little cousin's house to play the PS3, I had struggle to get JF4A series and aB+K.

I swear its much better than Ps3, for Yoshi just frames.. just feels natural. Its weird.

After being PS3-less for 2+ years I kind of lost my groove using a PS3 controller....and I originally learned all my JFs from that system in SCIV days. It's just come SCV, I had no PS3. At least now I have a new one so maybe I could play sometime on it. After I get SCV for Ps3 though.
You must log in or register to reply here.
Share:
Facebook Twitter Reddit Pinterest Tumblr WhatsApp Email Link