https://www.youtube.com/watch?v=jGmsVIhP8z8
Wow! Incredible work! I've been wanting to do something like this for the longest but never had the resources to make it happen. What I had in mind is somewhat similar except I improvised with the final cut program. I've done a fan fic film where I interact with the soul calibur characters. I wanted to make a sequel, but financial issues always get the best of me. Sigh...Anyway enough of me. This is an excellent work. I'm really impressed and inspired. I hope I can also share my fan films in the near future for all to enjoy. It'll take awhile. Impressive work once again. ^^
Outstanding.
Very nice! It's like watching something Quentin Taratino would of made with Soul Calibur characters. Great job, skytoast!

the fading from that red samurai to the (for lack of better words)
Click to expand...

Its called a "match on action".

This is by far one of the best Machinma videos I have ever seen. Most of them are utter crap, god damn World of Warcrap noobs
Click to expand...

now now, not all WoW machinima is crap. some are quite decent actually.

as for this video, VERY well done, the fading from that red samurai to the (for lack of better words) nightmare samurai rip off combo was beautifull( btw the nightmare samurai was awesome (^.^) )
Very Well done.
Very nice, good job!
This is by far one of the best Machinma videos I have ever seen. Most of them are utter crap, god damn World of Warcrap noobs. 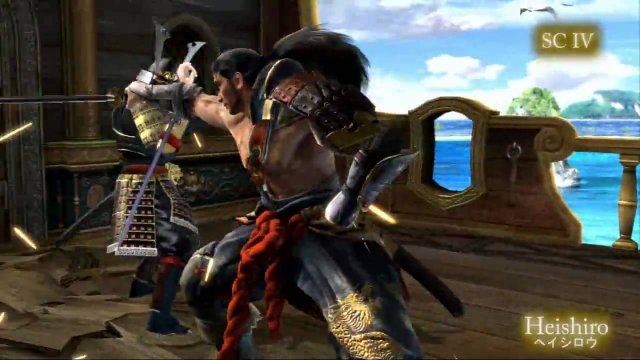 Jun 28, 2009 at 6:20 AM
Posted by skytoast
Plot:
After vanquishing the threat that was Soul Edge & Soul Calibur, Mitsurugi is taking his long journey back home to Japan. Along the way, he helps a mercenary army defeat an Asura establishment in China. Always searching for the ultimate challenge, he declares his victory after the long battle on a terrrace outside a fortress standing on the foothills of the Hall of the Warrior Gods.

Meanwhile, in Japan, Taki is on the hunt for a new threat after vanquishing the demons that possessed her master and leader of her former Fu-Ma Clan. As a nukenin or a "runaway ninja", she calls upon other outcast clan members who left, to help her find this new demonic threat. Her first clues lead her to an old harbor of shipwrecks where she finds a band of samurai warriors searching about. She discovers that they are part of the Demon Clan, a clandestine group aiming to resurrect the Nightmare sword. Little does she know, her long old adversary is about to arrive back home. But she's ready once again to meddle in his path cutting short his obsessive aim of perfection.

Director's Notes:
This was the biggest project I worked on to date. It took several months from concept to finished project. I pretty much scribbled the story last summer (2008) and wanted to work on this project months ago but the thought of doing a Star Wars film (my last major project) was simply irresistable. So this project went on hold for some time. But finally got it done.

The actual work took about 2 months. Once the scene acquisition and choreography for composition was completed, the real gritty work in post production effects took a few more weeks to complete. There were a few scenes that required multiple characters in the same shot. This was accomplished using keyframing, rotoscoping, matting and compositing various video layers to achieve this feat. Sound editing and dialogue was the last part of work in the project. It was decided that dialogue would be in Japanese as the English dubbing would not suffice given the setting and story that was to be told. So this would also be my first work to do some kind of subtitling for spoken dialogue.

Direct Link:
Youtube HD: [NOTE: PLEASE TURN CAPTIONING "ON" by TOGGLING the "CC" button "ON". It's located on the bottom right corner of the video by the arrow menu. Also if the the subtitles appears off center or in the middle of the video screen when switching from SD to HD, toggle the "CC" off and on again and it should correct itself back to the bottom of the screen again.]