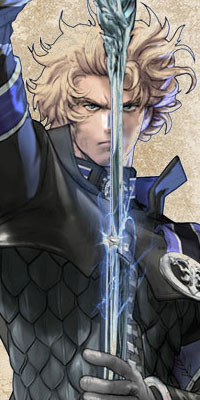 Added 33_99A and its CH stun properties to the wiki.

If you tap the directional buttons when the GI is activated you get to control what Alpha follows with (as long as you've unlocked that level).

@Slade The fact that you can't input slides in one frame also affect RoH attacks? Like, RoH A does punish -20 stuff, but does the input make it actually i19?
Last edited: Feb 10, 2014

thenewperson said:
@Slade The fact that you can't input slides in one frame also affect RoH attacks? Like, RoH A does punish -20 stuff, but does the input make it actually i19?
Click to expand...

RoH functions as a stance and there's nothing particularly odd about the input, so RoH A is most likely just i20.

So I want to make sure I understand this…


Is it correct to say 2aBE is actually i10 but the fastest it can come out is i11?

@thenewperson
That's a neat video. 2A BE is hitting at F14 where F1 is this input:

But the A+B+K doesn't come out until 3 frames after that. My interpretation is that the first 3 frames will always be the first 3 startup frames of 2A, and only after those will the A+B+K input be accepted and allow 2A BE to come out, which effectively makes it i14 at its fastest. I should update the wiki for consistency with how the frames for JFT and other weird input moves are shown.

EDIT: Updated wiki entry for 2A BE, added asterisks to affected impact values to draw attention to the notes about how these particular moves work. Unfortunately I can't give a reason for why 2A A+B+K's input seems to be delayed in this way rather than allowing inputs 1F in succession. It may be arbitrary or there might be something about the A+B+K input that causes this.
Last edited: Mar 3, 2014

@Slade I decided to try this a few more times and a few observations:

An issue I discovered is that any attempt to slide as fast as possible gives 2A+B. Weird.

I uploaded 2 more videos. Here's the first, with a different stage + costume (just in case):


The animation after the A+B+K input is now 12 frames (with a 2 frame delay between 2A and A+B+K). So one could conclude (as you did) that the animation compensates for the delay in input and 2aBE always comes out as i14. (In this one I switched my B and A+B+K binds so I could slide just as I would for twister)

But then there's the second video:

There's nothing that stops these types of moves from being slower than the fastest speed. It's the reason that non-JF twister or agB are slower than their JF counterparts.