With the rest of the mods enjoying the nice, cool Vegas casino weather, I felt it was appropriate to update everyone with how yesterday's matches went if for whatever reason you're having trouble (like I initially was) finding the results/brackets, or maybe you're just new to the scene and not quite sure where to go for information.

With a full day off today (Saturday) before they finish out top 8 (Sunday), you gotta keep yourself occupied somehow, right? If you haven't been paying attention to the biggest and hypest tournament in the world, you'll be in for some surprises


HEADLINES:
-France out!
In a surprising turn of events, both Keev and Kayane lost some tough (extremely hype) matches. Keev now has himself an official EVO nemesis having both losses come from the same player. [NOTE: The EVO bracket is incorrect for the Keev/Kura match; Keev did NOT win that match.]

-International players sans France having a strong performance!
If you were watching the stream and listening to the commentary, you probably noticed that even players like Bibulus were taken aback by the performance of foreign players not normally known for their SC dominance, such as the Singaporeans.

-MAJOR comebacks!
Although this is certainly true for many specific matches (there were SO many close matches to even begin to list), there were some players that have straight-up faced the gauntlet in terms of their bracket. Kamaage (who you'll notice is in the loser's side of top 8) was knocked into the loser's side second round... and hasn't looked back since, stringing along an impressive number of wins to get in to the final 8.

-Some interesting character selections...
We knew we were going to see a lot of Nightmare, Natsu, Mitsu and Violas (to name a few), but... regular Patroklos? Three of the top 8 are regular P players, and Xeph used him in certain match-ups. Looks like that shin kick is making waves. Not to mention, there's even a Japanese Tira that sneaked in there... although his dominance in some matches would certainly mock my use of the word "sneaked."

-Word of the day: Execution
Not just in the sense of killing someone (metaphorically speaking, of course), but also technical execution. So many rounds and matches were won because of clutch, high-difficulty moments... and some were lost because of wasted opportunities. A lesson to newer players: Your ability to execute when needed is crucial on a stage like this.

-Asia VS the US of A!
Of the final 8 spots, the US holds 3 (2 in winner's) while Asian players hold the other 5 (Japan with 3, Korea with 1, and Singapore with 1). With Europe being such an SC hotspot, how surprised is everyone that this game seems to have quite a following in Asia?!?!

-So many killers...
If EVO has taught us anything so far, it's that there are a lot of skilled players in Calibur V, and any one of them can take any given event on any given day. For instance, despite France not making top 8, that doesn't mean that they weren't prepared or didn't play strongly: Keev and Kayane's matches were some of the hypest of the day. Expect more players to surface and this game to have a long shelf-life.

That's all I have for right now. I was not able to catch every match, so if there's something you feel is worth noting as a headline, feel free to comment and I'll add it to the main post. Otherwise, fire away with any of your comments/opinions on how the hypest event of the year has turned out thus far! Oh, and don't forget to throw out some predictions!

Super Moderator · From Cedar Rapids, IA
I main Astaroth, not Patroklos ;(
ANy Bracket Info?
Weird, they had you listed as playing Patroklos... I'm sad I actually didn't get to see any of your matches. Did you switch at any point that might make them think you were playing him as a main? I'll get it updated, though.

xiang said:
Weird, they had you listed as playing Patroklos... I'm sad I actually didn't get to see any of your matches. Did you switch at any point that might make them think you were playing him as a main? I'll get it updated, though.
Click to expand...

Yeaah, I use Patroklos for specific match ups. I understand how they'd get it confused.

Xeph said:
Yeaah, I use Patroklos for specific match ups. I understand how they'd get it confused.
Click to expand...


Are you looking for like full bracket info or specific match results? There were over 500 entries, I believe, so getting a hold of the full bracket might be a bit tricky... :/
http://evo2012.s3.amazonaws.com/brackets/index.html

Everything to know about who played who and got to where they were.
Those were awesome matches

Everything to know about who played who and got to where they were.
Click to expand...


I should probably put that link in the main post, huh? lol
Great Stuff. Alot of Tough Matches and Upsets. Also if you ask me, Those Brackets weren't exactly seeded properly, but they probably dont know who's who in our community.

I'm cheering for Woahhzz or the JAP Tira Player FTW.
Anyone know if there's a way to view the stream from yesterday? The one on twitch says you have to subscribe.
Well, I think they only seeded based on the qualifers and that everything else was done by region. I didn't make them, so I can't say for sure, but that would be my guess.

microgamer said:
Anyone know if there's a way to view the stream from yesterday? The one on twitch says you have to subscribe.
Click to expand...


Someone else might know more, but I think they're keeping a lid on that so they can redistribute later. It is odd that they wouldn't at least let you view the archived videos, but EVO's always been a bit strict on how their footage is used. :/
the brackets read that Keev beat Kura in the semi-final losers

yokie said:
the brackets read that Keev beat Kura in the semi-final losers
Click to expand...


I think someone mentioned this in the EVO thread as well: The online brackets aren't 100% accurate. Keev lost twice to Kura.
Come on Xeph, show the world what Astaroth can do!
23 back throws in a row, that's all I wanna say.
A few things:

Malek and Keev were in two of the toughest pools of the day, and Keev was one game away from making it into top 8, losing to the same opponent twice, along with defeating players like RTD and Tokido. It's not like France has fallen off the map all of a sudden just because of one tournament, nor should their performance be discounted.

It shouldn't be a surprise that there's two Patroklos' in the top 8 with Xeph using him as a counterpick, but Pat is one of the best characters in this game. It sucks that Partisan had to run into Tokido. I was expecting him to go far.

I don't know what Bibulus said, but Shen Chan and Shen Yuan were the ones to watch out for, especially since they characters that people don't have alot of experience fighting against in Cervantes and Siegfried.

What EVO has shown me is that you really need to be on point with your knowledge, matchup experience, and your execution or you'll be out quick. I'm hoping that this experience has made people hungry to compete and spend the time exploring the game since we've only scratched the surface of SCV.

Now I am going to spend the day drinking and playing Divekick. Peace.
It's cool to see a fairly nice mix of chars up there. No Viola, natsu or nightmare is surprisig to me. Seeing Tira up there is pretty cool
You must log in or register to reply here.
Share:
Facebook Twitter Reddit Pinterest Tumblr WhatsApp Email Share Link Educational Stream - Ranked/Sets/Lab. On the fence about the Witcher.
Soulcalibur VI
22 Viewers
Sinbbad 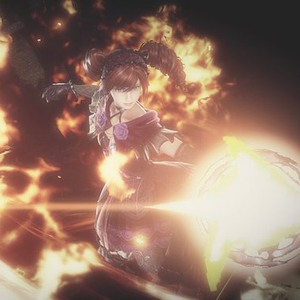 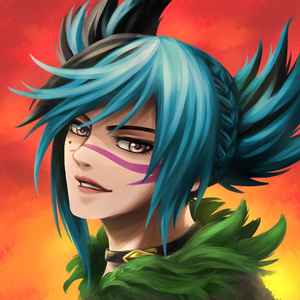 This too.. IS MY MISSION!!! GrØh and Tira!
Soulcalibur VI
9 Viewers
YinCrescent 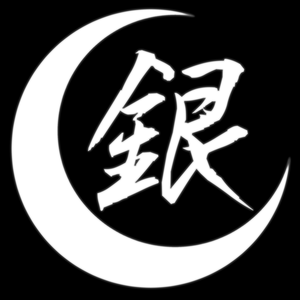