EVO has just passed... Usually, we wait till after EVO before we start making sweeping changes to the community ruleset, as EVO usually marks the end of the tournament season. Well its that time again and here we go. These changes have been in discussion for several months and these are the final decisions I have come up with based on advice from various community leaders.

Set Construction:
With the speed of Soulcalibur V and how quickly matches can end, it was determined that 2 of 3 in preliminary sets was a bit too quick. MLG has adopted a 3 of 5 in all sets system and the community has appreciated the lengthier battles. Because of this, the community has decided to adopt the MLG set construction. Naturally, we will not be adopting MLG's "extended-series" system.

Infinites:
Should a player do a banned infinite, they will surrender the round to the opponent and continue the match. Should the infinite end the round, they will surrender the match to the opponent and continue the set. The reason for this is that it is extremely difficult to "return" to the previous situation with a penalty, so rather than delay the tournament, the offending player will simply receive a harsher penalty.

The Official Tournament Ruleset wiki page has been updated to reflect these changes:
http://8wayrun.com/wiki/tournament-ruleset/
Click to expand...


Now he sits back behind the scenes and runs 8WAYRUN.
YouTube | Twitter | Twitch | XenForo | Scoreboard Assistant​
Okay, so I've admitted that I may have jumped the gun on the Hilde "infinite". People have shown me that it too is situational and there are legitimate uses of multiple C2Bs in a combo. So I have decided to back off and remove it from the ban list.

Clearly I was over-complicating these bans... and Ramon was trying to tell me this, but I didn't listen.

OOFMATIC said:
The best thing you can do right now is delete this thread, make a new one with just the Bo5 rule and Viola's inf, and act like this thread never happened.

Do the right thing, for the SCV community's sake.
Click to expand...

Or I could just delete all the comments...

OOFMATIC said:
Does anyone else think that this thread and the fact that we're having ANOTHER BAN DEBATE is more detrimental to the community than the actual things we are attempting to ban?
Click to expand...


People who play the game but don't come out to support it is more harmful than posts on a forum.
This may sound silly, but why don't we try this method :
1 - Give the community the list of moves/combos that pose a problem balance-wise.
2 - Discuss the problem.
3 - Propose solutions (ie : only one Back-Throw reset for Viola)
4 - Ask gamers to find ways of breaking the solutions proposed.
5 - If no loophole or exploit is found, the solution is accepted.

What do you think ?
Yay. Everyone is happy. (And I still wasted my morning testing. kdjshfkjsadhf)
Well I said before that I don't play SC5 anymore (no Talim is boring)... So with a lot of this stuff I refer to people who know better than me. But history has shown us that if we leave things up to the community, nothing will change. As well, councils don't work as they tend to not have the best interest of the community at heart (and we are left with things like Nats 2009).

Things work better as a dictatorship, it's a thankless job, one that no one in the community wants. You can delegate power, but you can't delegate responsibility... and that responsibility has fallen to me.
Good changes! Glad it has been looked into fully and is now a fair ban.
Jaxel surrender your soul back to this game!
"Tips hat"

EDIT: i made a post yesterday about why c2b loop should not be banned. Shortly after posting it the whole thread was erased and the post was lost. If in someway what i wrote affected the out come of c2b loop being legal i appreciate it.
Now that's good. But this thing is still legit:

that needs to go
If you want to get rid of that, holla at Namco.
deffo :D

m216xlegendx said:
that needs to go
Click to expand...

m216xlegendx said:
that needs to go
Click to expand...

Has this been announced?

Devon said:
Has this been announced?
Click to expand...

Yes, the post-EVO patch supposedly will be the final patch for this game, then we're on our own.
That viola player should've been kicked out of the tourney for using that, thats no better than cheating
Wait wtf am I saying? IT IS CHEATING
Dammit Jaxel! I had like 1000 likes on this thread! Either way good shit on the rule changes. I support this fully.
Also i honestly disagree with allowing other infinites, why the hell are these allowed?
You must log in or register to reply here.
Share:
Facebook Twitter Reddit Pinterest Tumblr WhatsApp Email Share Link 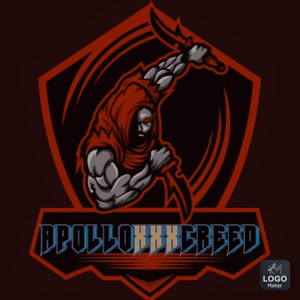 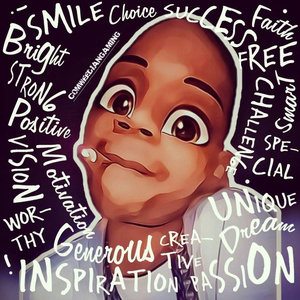