Owner and Operator of 8WAYRUN


Now he sits back behind the scenes and runs 8WAYRUN.
YouTube | Twitter | Twitch | XenForo | Scoreboard Assistant​
Version 2.02 Hotfix Patch Notes Now Available!
Two days ago, we learned from Namco=Bandai that a hotfix patch was coming out today. Since season 2 just started, there were a lot of unforeseen problems due to all the new mechanics in the game. Rather than waiting for 2.10, Namco-Bandai has opted to release a hotfix with a multitude of fixes and changes. Check the patch notes for some more in-depth information.

Download
patch_notes_2_02.pdf
Continue…
SOULCALIBUR VI World Tour 2020 Announced!
Yesterday, Kayane had the distinct honor to formally announce the SOULCALIBUR VI World Tour for 2020. The tour will be similar to the Tekken World Tour, in that it will be a circuit of sanctioned tournaments around the world, leading up to the eventual finals. It was also announced that the first event in the tour would be EVO Japan. EVO Japan is on January 23; so not very far away. Because of that the deadline to register is on December 15. So if you're going to be attending EVO Japan, don't forget to register as soon as possible!


https://twitter.com/i/web/status/1201516492774428672
Continue…
Version 2.00 Patch Notes Now Available!
We now know that Season 2 of SOULCALIBUR VI officially starts on November 25. In addition to a new trailer, which shows off some more of Hilde, we also learn a few new details of some major combat changes. Firstly, we're getting a new "Soul Attack" system, which seems very similar to Tekken 7's own "Rage Art". There is also a new "Resist Impact", which will allow you to parry any move in the game, even unblockables; it remains to be seen if you can parry break attacks. Check the trailer and patch notes for more!

Download
patch_notes_2_00.pdf
Continue…
Skyll wins Worlds! Hilde announced for Season 2!
The World's Invitational tournament just ended! Congratulations go out to @Skyll, @Blueboyb and @lolo for placing top three, among the best of the best in the Soulcalibur community! Also announced at the World's Invitational, they also announced Hildegarde von Wolfkrone as the next DLC character to be released, with season 2. No official date has been announced, but we've got some media you can watch for now.
Continue…
New Season 2 Trailer from South East Asia Major 2019!
SEA Major 2019 is happening right now, and Namco Bandai has released two new trailers. The firstly one being a new preview for season 2 of SOULCALIBUR VI with new moves on several characters. The second trailer is simply an announcement from Motohiro Okubo himself, apologizing for not being able to attend SEA because of the Typhoon. He goes on to tell us to expect some more during the World's Invitational on November 2 in Las Vegas. Something tells me a new character trailer will be coming soon. 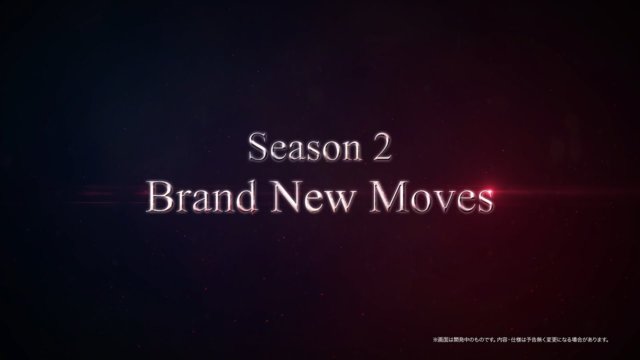 SOULCALIBUR VI - New Moves in Season 2 - PS4/XB1/PC
Continue…
Namco Bandai and Allied eSports Announce World Invitational!
Namco Bandai and Allied eSports just dropped a trailer to their invitational tournament taking place this November at the HyperX eSports Arena in the Luxor, Las Vegas. The tournament will include seven players who previously qualified at other events. There will also be a last chance qualifier for the final eight spot. The last chance qualifier will be open to 128 players only, will take place the day before the World Invitational.

More information about the event can be found on Allied eSport's website at: soulcaliburworldinvitational.com
Continue…
Version 1.50 Balance Patch Notes!
Along with the release of Cassandra yesterday, SOULCALIBUR VI was also updated to version 1.50. We didn't previously report on the patch because the official patch notes only listed minor system adjustments, spelling errors, training mode updates and custom character creation changes. Mostly unimportant stuff. However, this morning, BANDAI NAMCO has updated their official patch notes with character specific balance changes! Those changes can be found below.