Menu
Log in
Register
Navigation
Install the app
More options
Contact us
Close Menu
You are using an out of date browser. It may not display this or other websites correctly.
You should upgrade or use an alternative browser.
Cassandra "officially" announced at EVO 2019!
Update: Okubo has officially announced Cassandra at EVO 2019. And she comes out TOMORROW! At EVO they unveiled a character trailer for Cassandra. It was laggy, skipped a lot of frames, and the audio kept cutting out. So we will bring you the trailer as soon as we can. In addition to Cassandra, Okubo revealed through a second trailer, there would be a season 2 of DLC for SOULCALIBUR VI. Season 2 will feature a new Reversal Edge system, the return of Just-Impact?. and four more characters, starting with Haohmaru from Samurai Shodown. 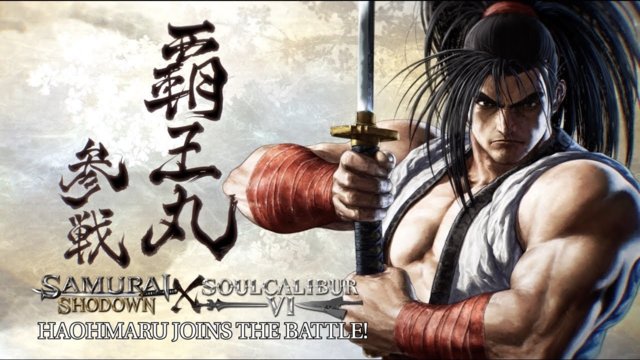 SOULCALIBUR VI - Season Pass 2 Reveal Trailer | PS4, X1, PC
Continue…
Version 1.40 Patch Now Available!
Due out today, with little fanfare is patch version 1.40 for SOULCALIBUR VI! The majority of this patch is about Creation Parts DLC 2, but there are some additional significant changes for balance. The full patch notes are available below:

Download
patch_notes_1_40.pdf
Continue…
The Void Stream Presents: The End Of Days
#TheVoidStreams own Tournament Series looking to bring the community the best opportunities to compete in glorious Soul Calibur competition. With that said, The End of Days will be contested over the PC platform for Soul Calibur 6 on April 18th 2019. Entry into this tournament if FREE for all competitors and the prize pool as of this posting is currently $125 thanks to the Matcherino raised community pot GUARANTEEING money to 1st & 2nd place. We hope to see you there and may you attain the glory of victory!
Details in the tournament thread...
The Void Stream Presents: The Arena of Destiny
Soul Calibur VI fans new and old, The Void Stream presents: The Arena of Destiny, a weekly SCVI exhibition show. Every week this events looks to feature players of all skill levels from the newest to experienced veterans and face them against an opponent in a First to 3 or First to 5 set of matches.

The Arena of Destiny is held currently on PC, Sundays 8pm EST/ 5pm PST and streamed on https://www.twitch.tv/ragnarok_fgc. Sign ups are free and go live on Saturdays before the event around 12pm on twitter. Be sure to tag myself under https://twitter.com/KingTomahawk or https://twitter.com/Ragnarok_FGC to secure your place in history!

May victory be yours in battle and welcome back to the stage of history.
Continue…
SOULCALIBUR VI Patch 1.30 Coming March 26
UPDATE: This post has been updated with the English patch notes..
-----

Project Soul just dumped the patch notes for 1.30, which comes out on Tuesday... although all the patch notes are in Japanese. With rudimentary Google Translate, we can give you some of the more important overall system changes. Unfortunately, the battle adjustments are images, so Google can't handle that. NAMCO-BANDAI tends to post the full patch notes in an English PDF the day of the patch, and as soon as we get it, we will embed it in this post.

Download
patch_notes_1_30.pdf
Continue…
Namco-Bandai Announces Amy for Next DLC
It's been a while since the last DLC character was released, but earlier today, at EVO Japan, Okubo revealed the character trailer for Amy. We don't have anymore information, such as release dates, or what character creation pieces will be included with the release. All we know is: "coming soon". We will update this post as more information is available.
Media after the break...
Major 8WAYRUN Platform Upgrade
You may have noticed that 8WAYRUN has been down for an extended period of time (instead of the scheduled 3 minutes of downtime each morning). This was due to a huge upgrade to the platform in which this website is built upon. This is not an insignificant upgrade, so I wanted to go through it all explaining some of the new features. As usual, a lot of the changes are behind the scenes or for the moderation team, which will be left out of this announcement.
Continue…