I finally made a thread, because why not? Starting my gallery off with some 2Ps: 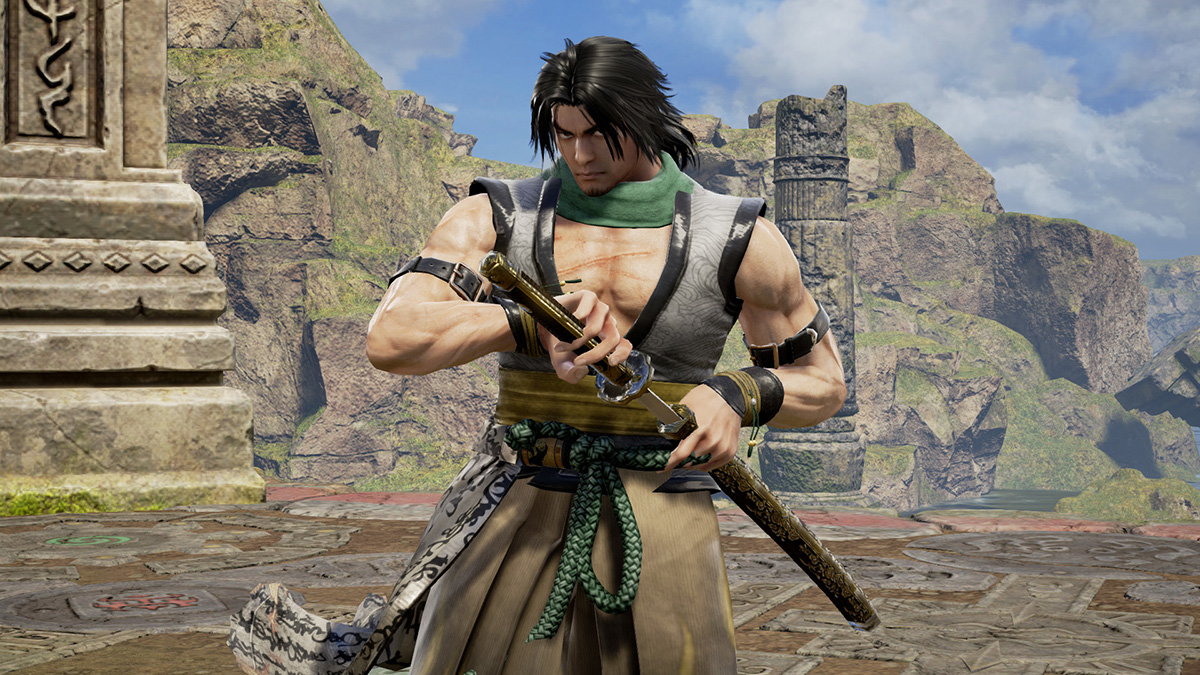 Oh look, Autumn made a Mitsurugi 2P. Big surprise. Anyways, this was a mash-up of his various 2Ps throughout the series, but I took the most inspiration from SC2 and SC3. I hate the amount of clipping on this outfit, but oh well. 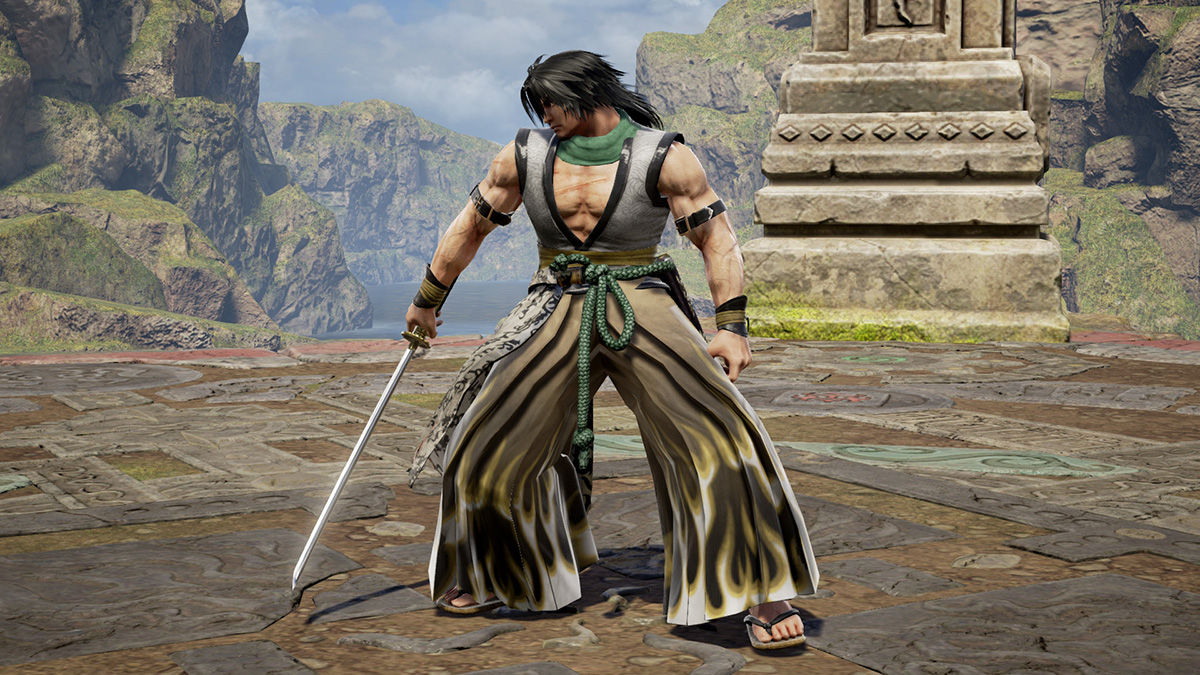 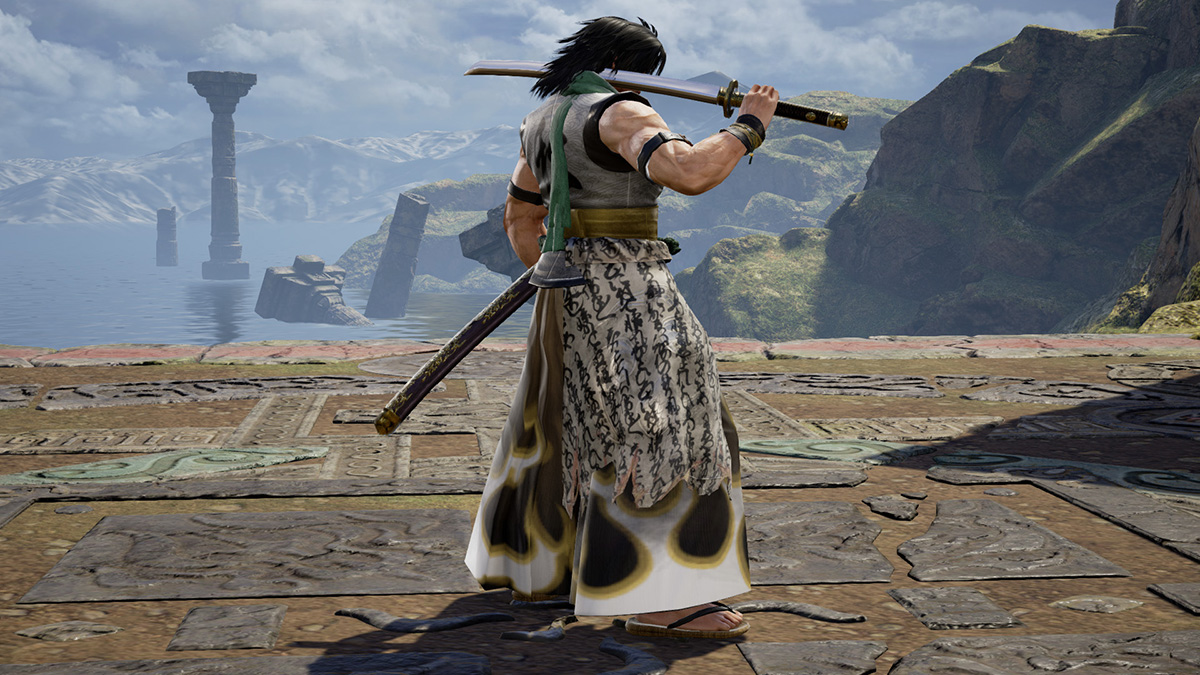 Close-up of the kanji on his back: 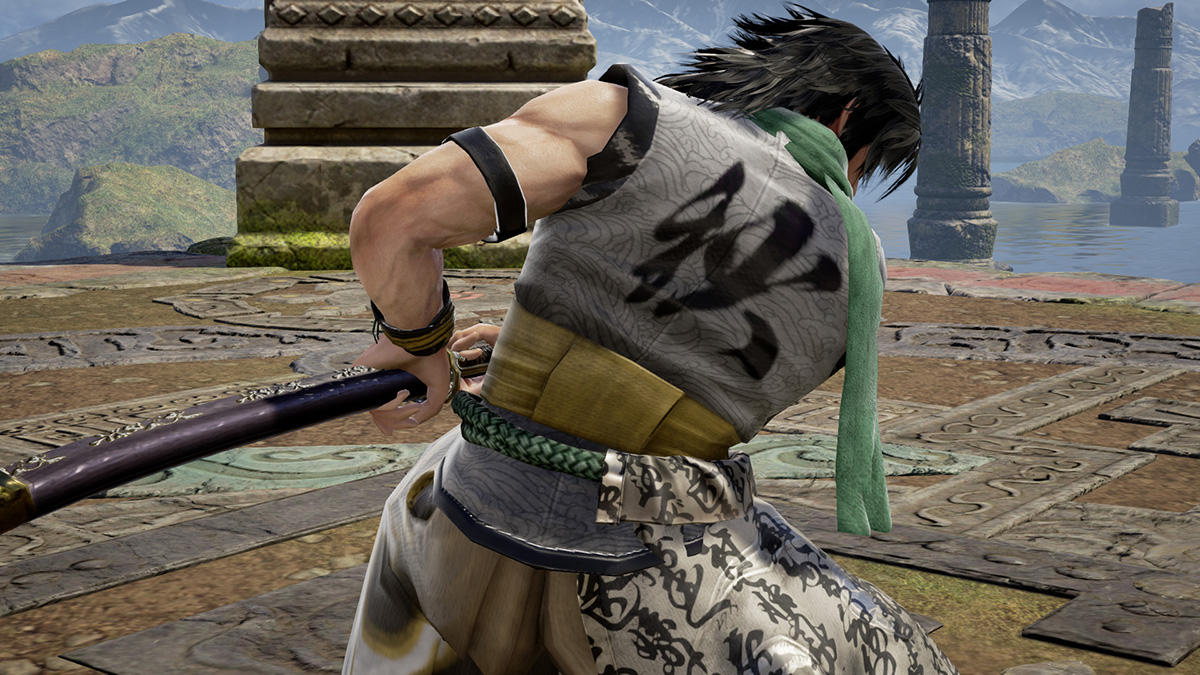 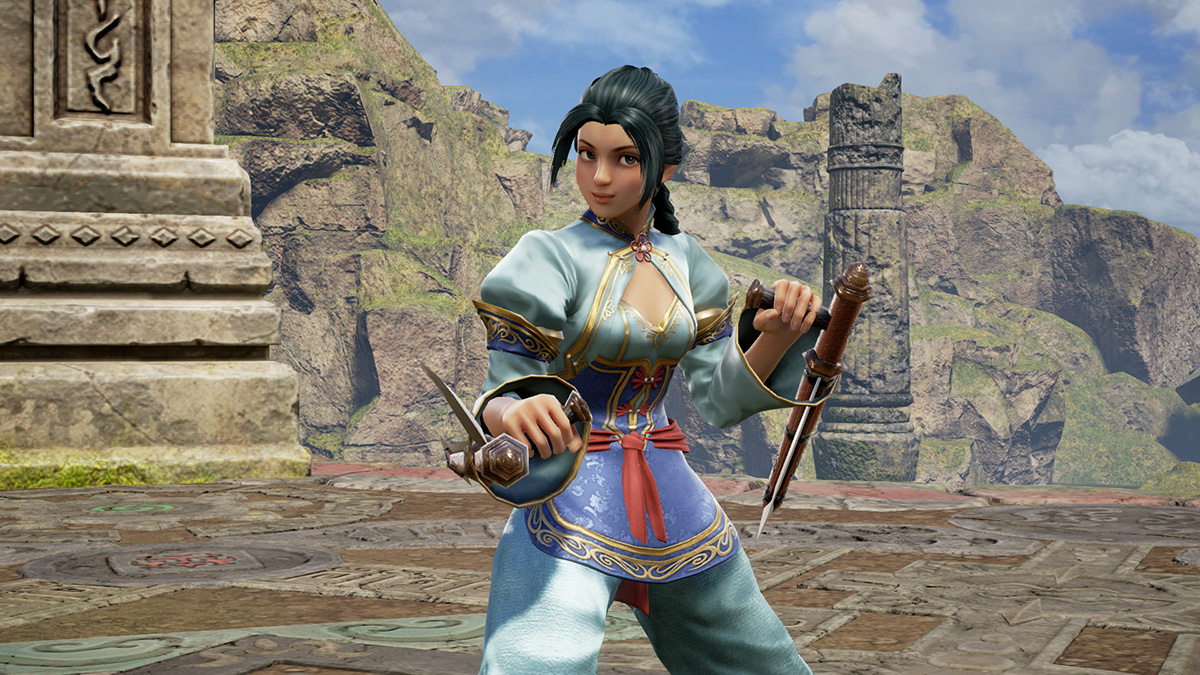 A more regal-looking Talim with her SC3 color palette. I wanted give her pants a more interesting design than just a solid color, but everything I tried turned out really jarring, so I left them be. I think she looks really cute here, although I'm not sure if this outfit fits her character very well. 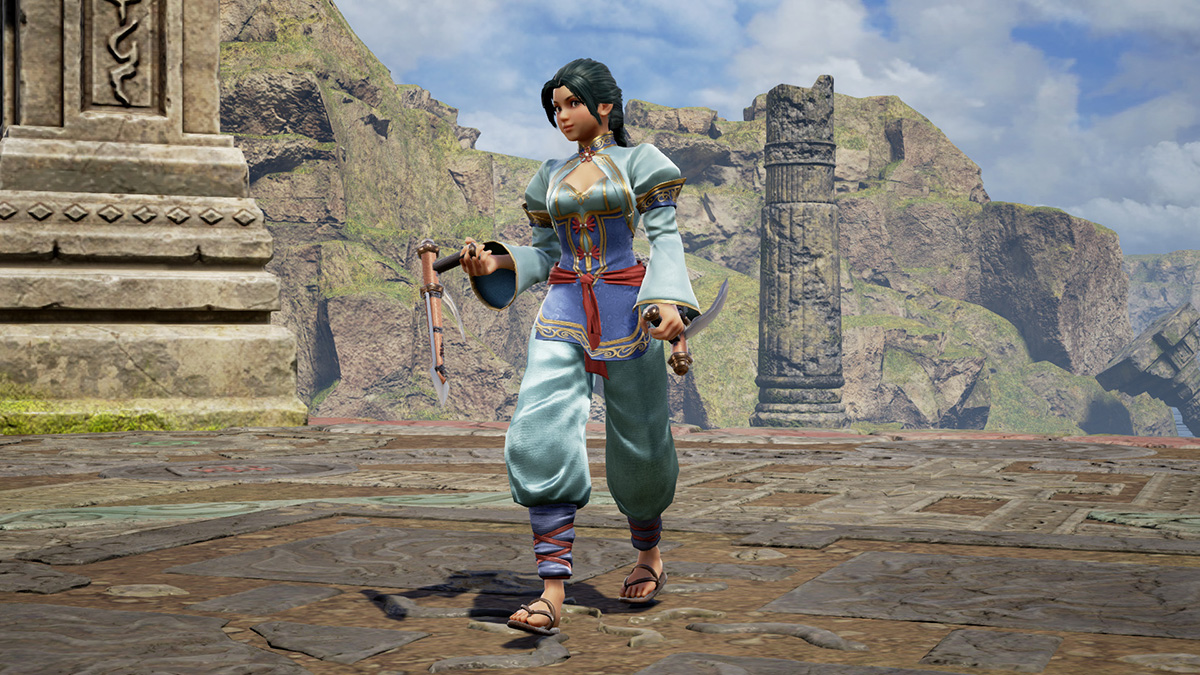 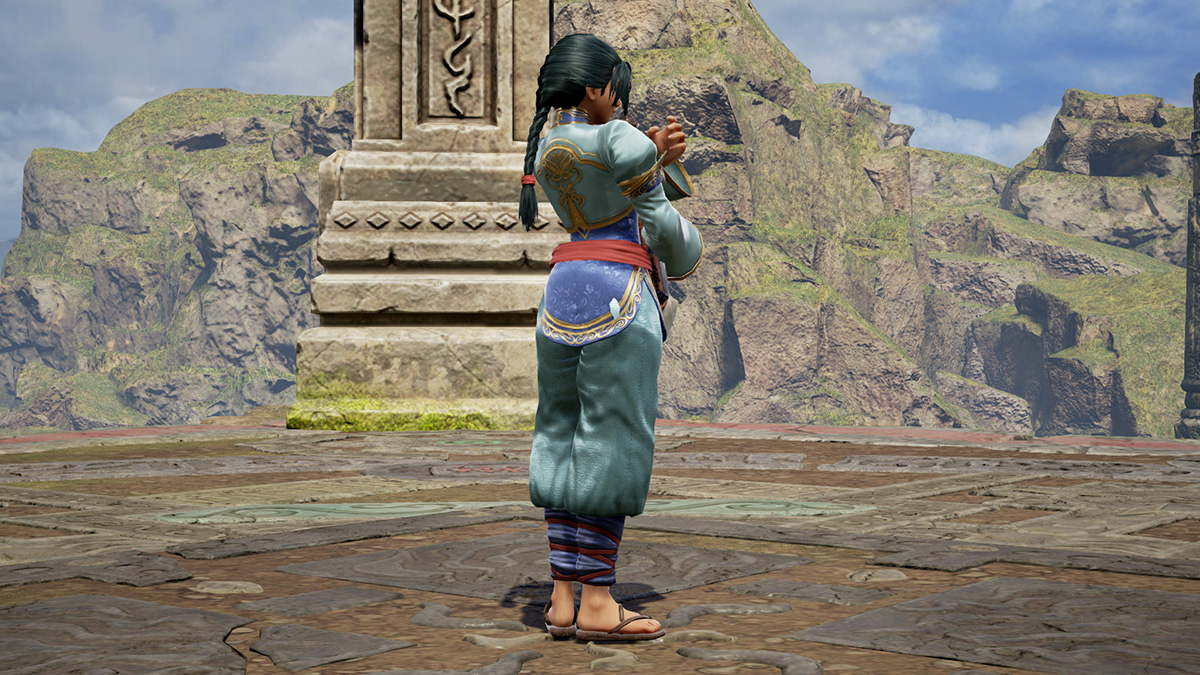 And here's my Libra of Soul protagonist, Lia: 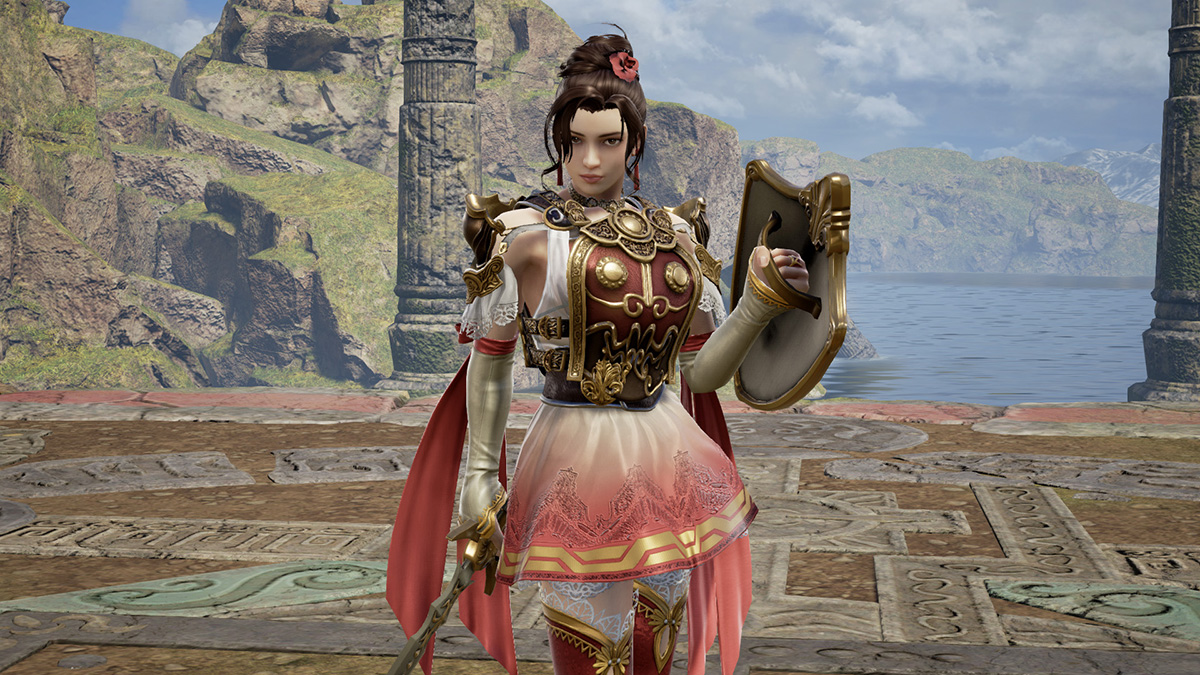 I took some inspiration from art nouveau for Lia, but I don't think I did a very good job conveying that. I still really like the way she turned out, though. 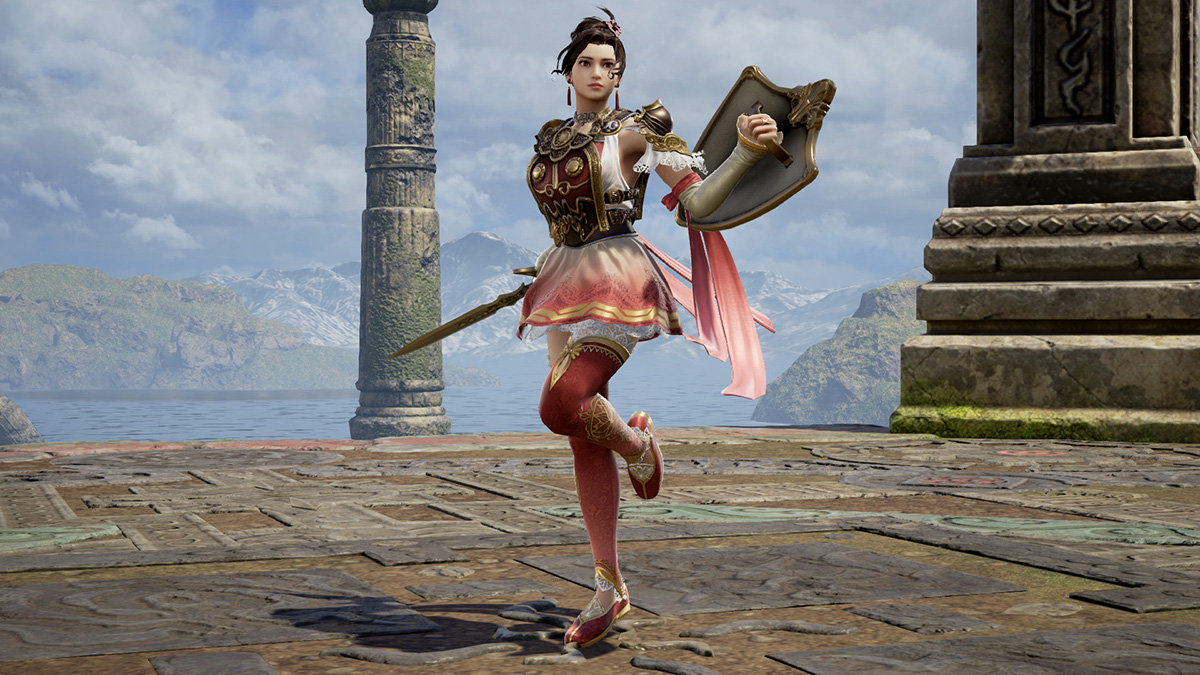 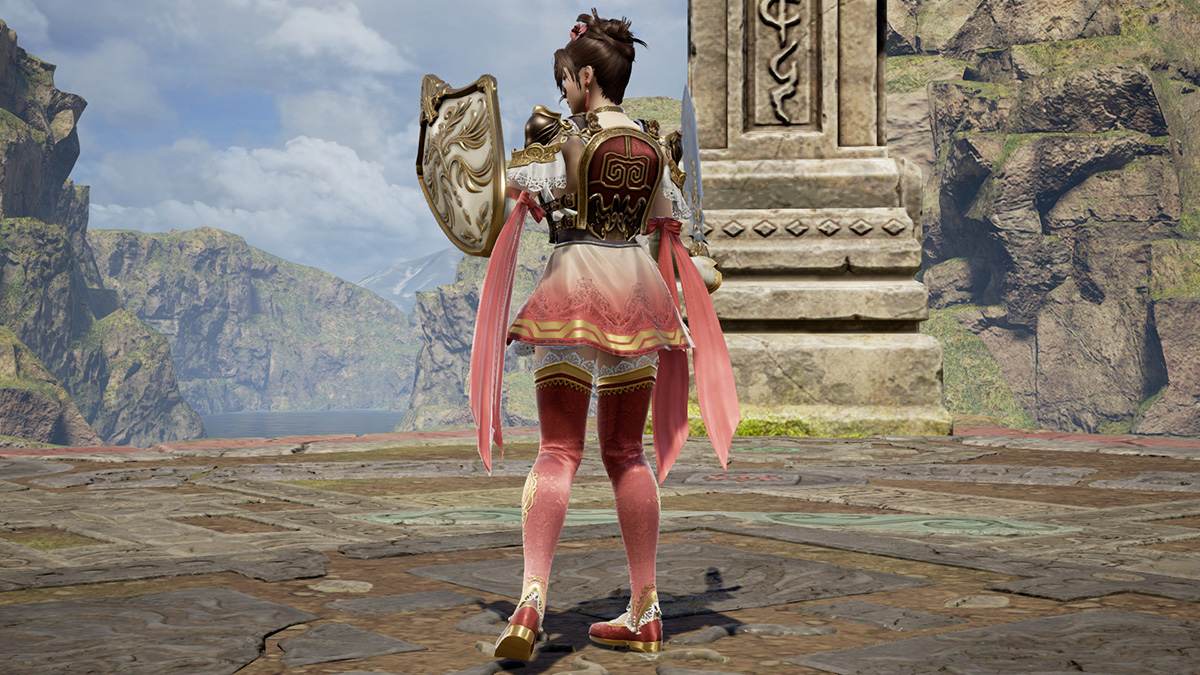 And that's it for now. Expect more 2Ps in the future if I don't get bored of this lol

Simple. But really nice designs. Really like your take on Talim.

I use the same armor for my LibraOfSoul character. It has so many uses.

I made more 2Ps; one that I really like, and one that I couldn't quite get to look the way I wanted but decided to post anyways. 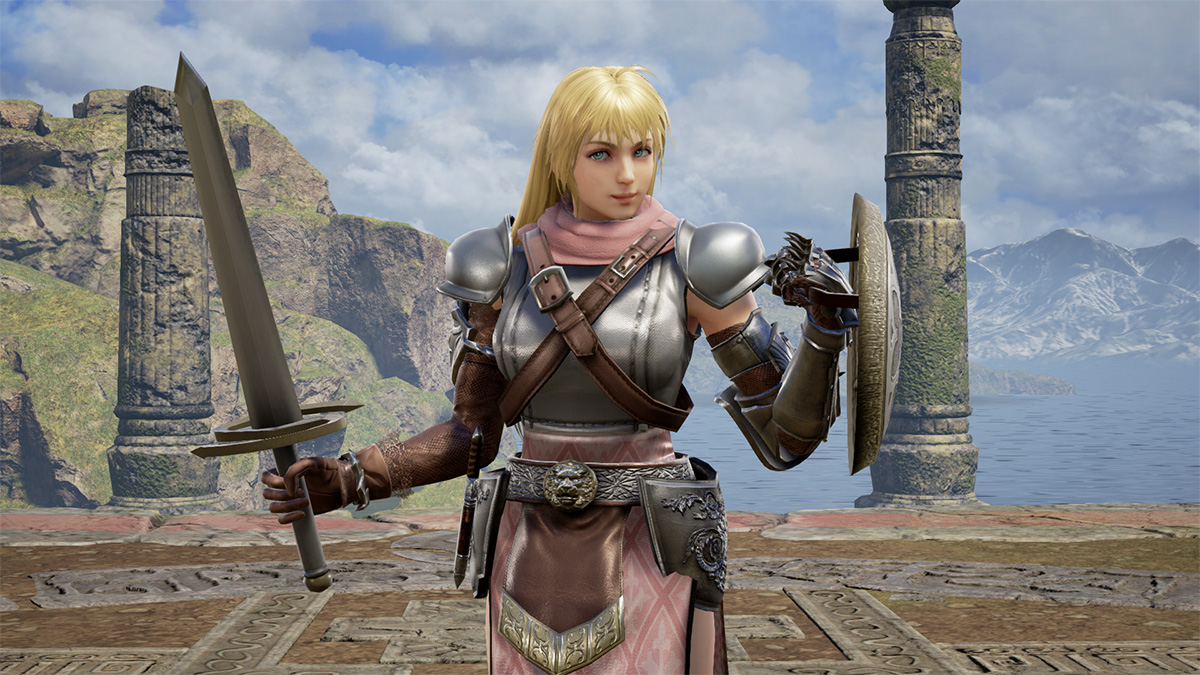 Battle-ready mom! Even though she's not a mother yet lol Heavily based on her SC2 2P, which IMO is one of her best costumes. I really like the way this one came out! 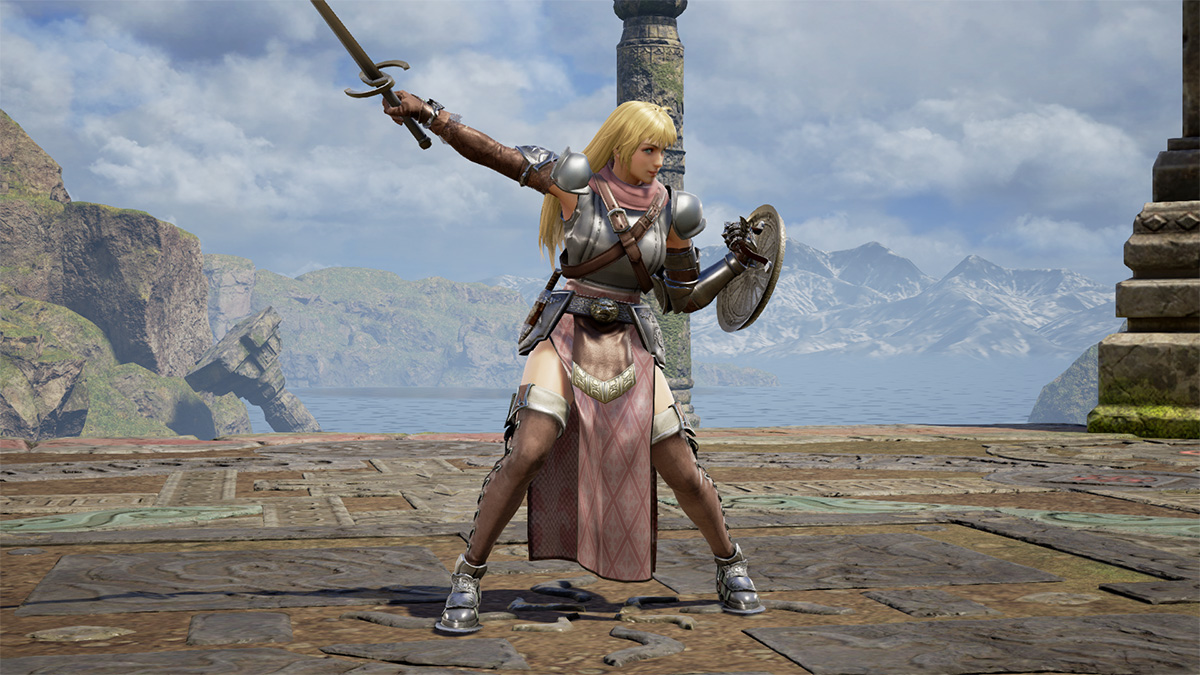 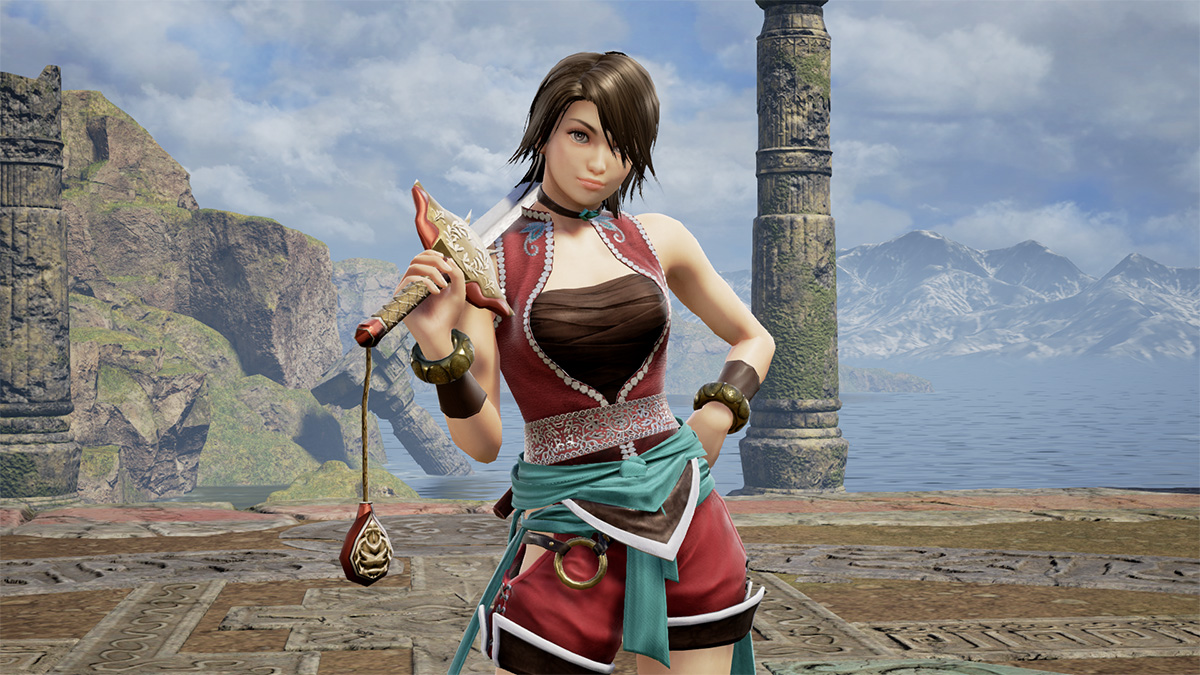 This started off as a take on her 2Ps from SC1 and SC2, but then I noticed that the red Cyclone pants look a little bit like Kilik's pants from his SC3 1P. I thought it would be cute to dress Xianghua to look like her husbando, so I went with that instead. And just for fun, I decided to give her a choker based on the shard of Dvapara-Yuga she obtains at the end of Soul Chronicle. I like the concept for this one, but I'm not satisfied with how it turned out in-game. Maybe I'll revisit it once we get more CaS parts. 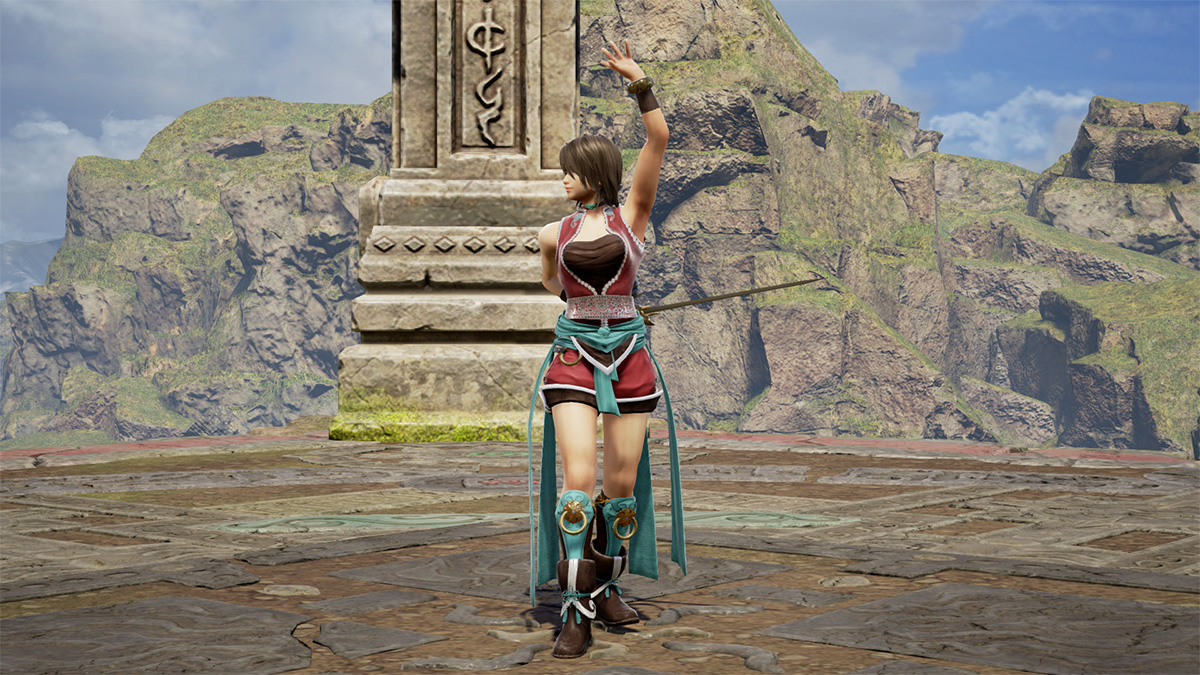 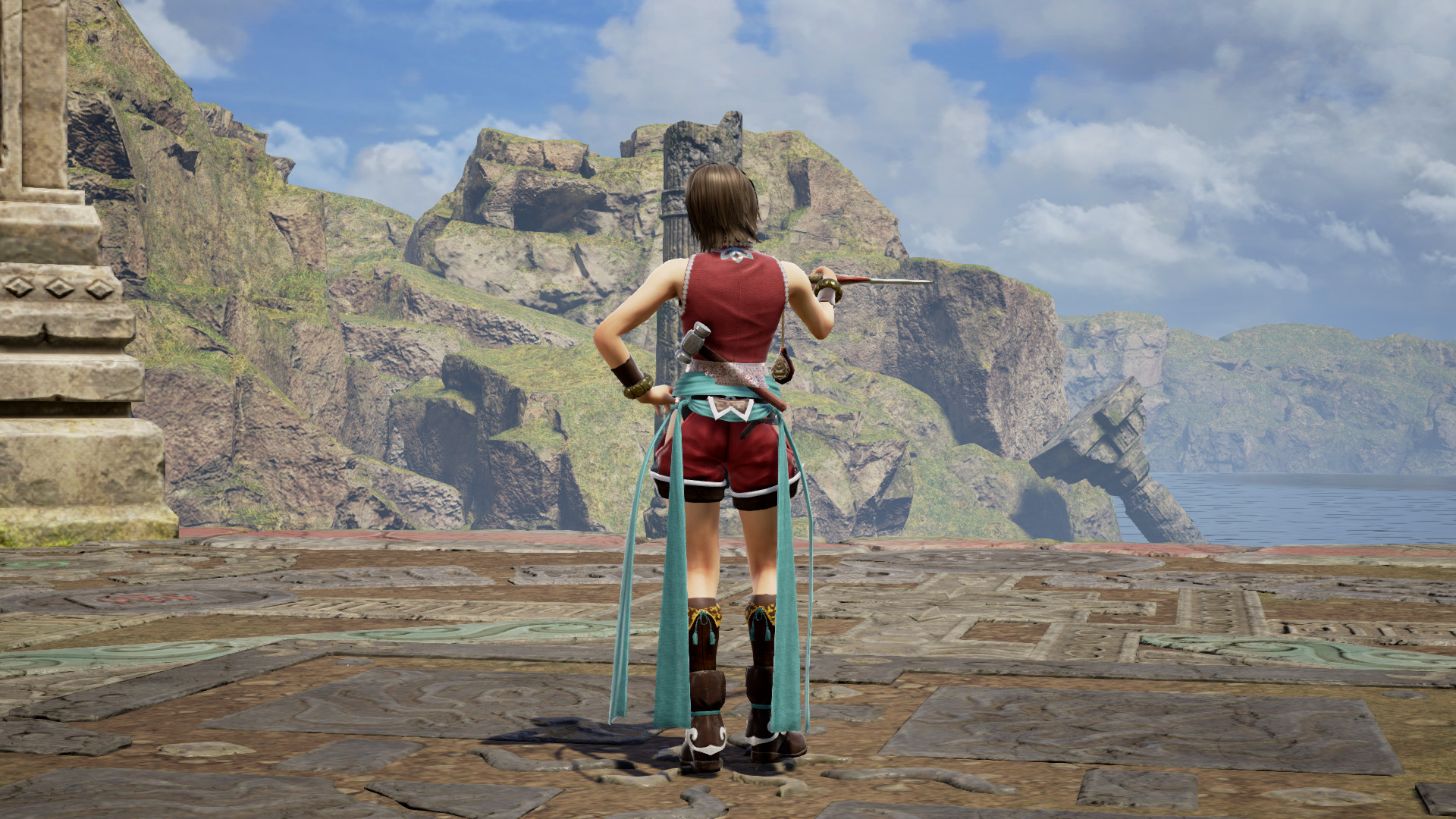 I love that Sophitia 2P and will be stealing it. Amazing work all around, though!

Great choice to not use that massive armor for Sophitia and to use Ivy’s gauntlets. Shame those boots are the only ones that work well for her 2Ps.

Like your take on Xianghua, but the costume itself reminds me of something Tira wore and I prefer the Swing Bob on her.

I LOVE your creations @Autumn!

Hey I'm back. I only have one new creation to show right now, but I'll try to update this post with more stuff once I buy SP2 and play around with the new items for a bit.


Luna (Chronicles of the Sword) 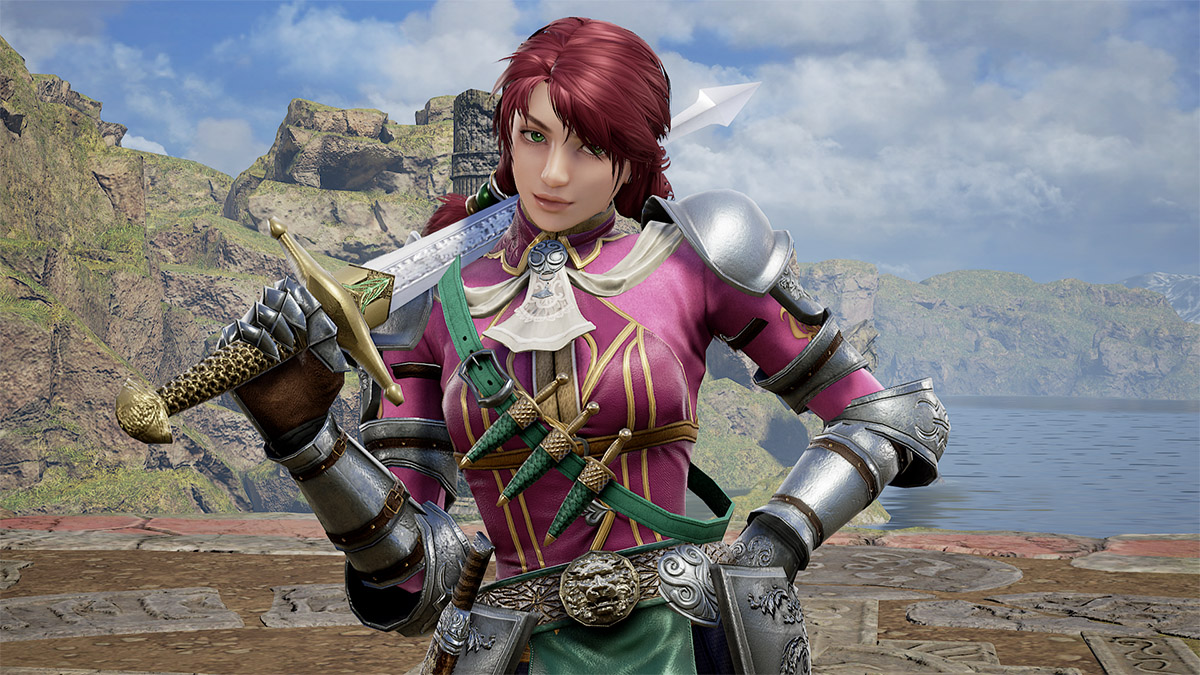 ​
I've been wanting to recreate the CotS characters for a while now, and since I am very evil, I decided to steal the idea that @DanteSC3 had to use the new Crown Princess parts for Luna. I took some inspiration from her early concept as seen in SC3's gallery, but for the most part, this creation is based on her regular design. 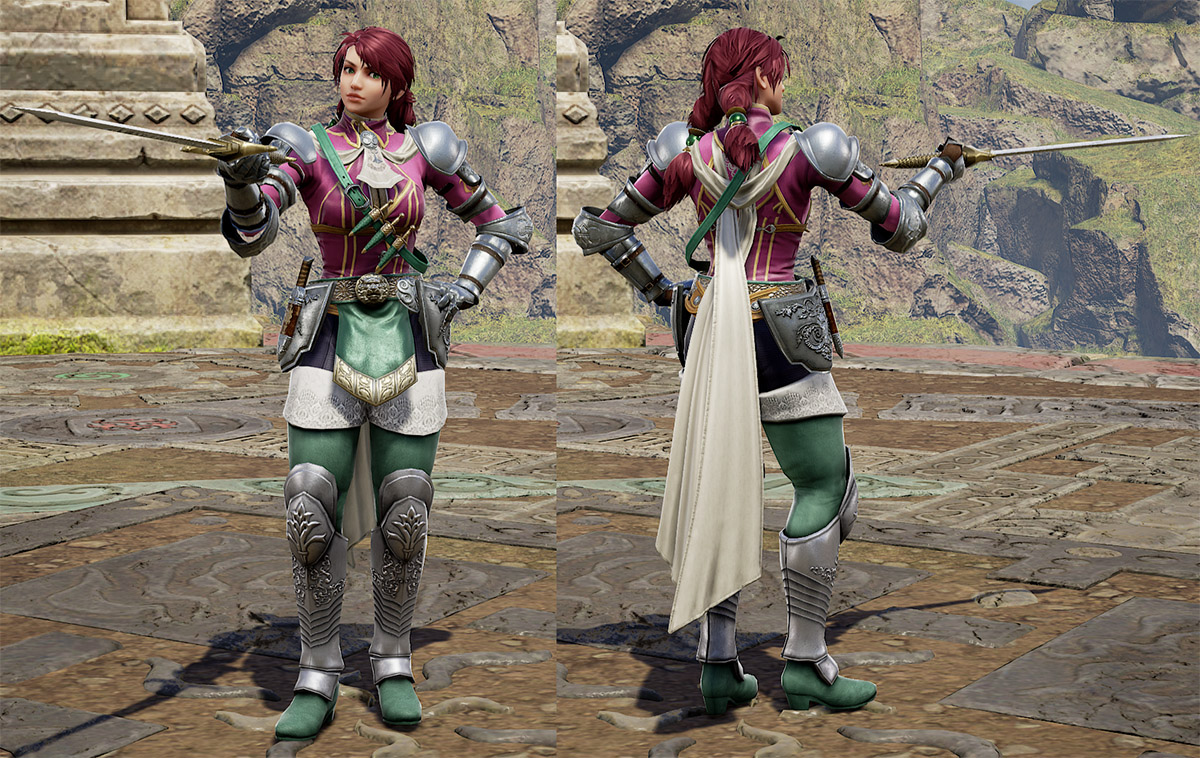 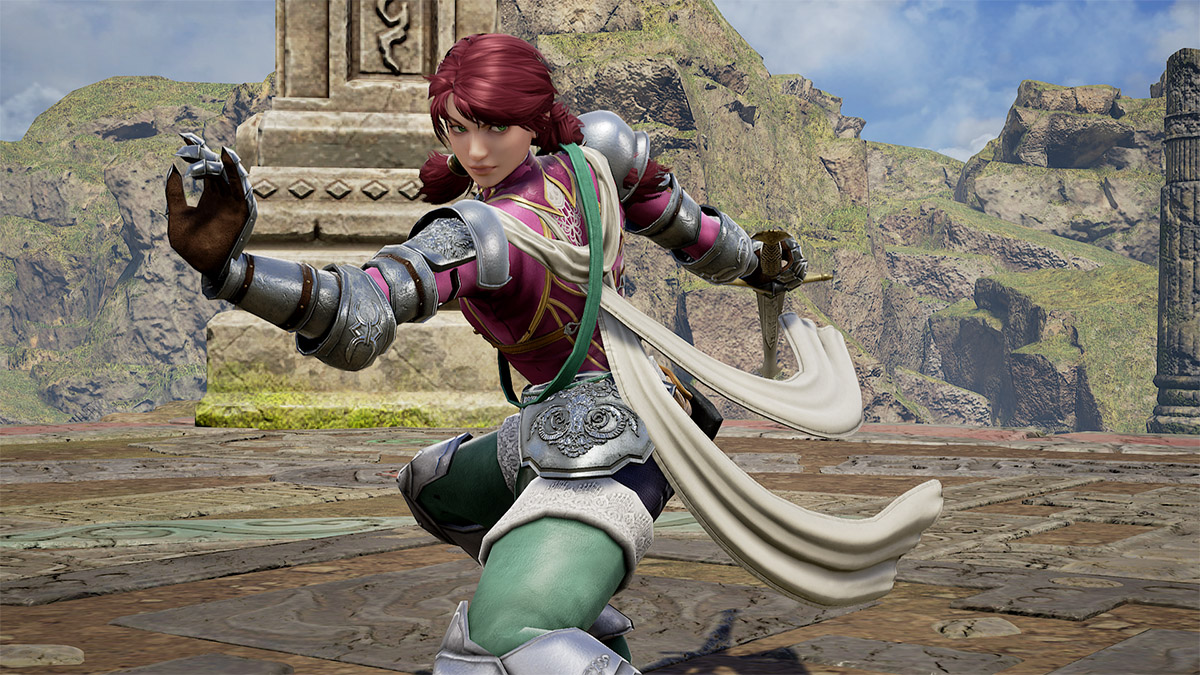 Wow, that is darn good. Great iteration of Luna. @DanteSC3 your thoughts?

I'm not really feeling the belt, personally. I waffled over it when I made my Luna, but the metal plates are just... bleh and unfitting in my humble opinion. The front tassel material covering up her pants too, it just... doesn't work. The Dancer's Belt (I think that's what it is, it's been too long since I've played SoulCalibur VI) isn't perfect either, I'd get rid of that dangly front chain thing if I could, but the idea of a lighter belt but getting the daggers by using two Voldo mandibles is the best thing I could do, and I can't really see anything else representing the crossed daggers now that I've made it that way.

The belt aside, though, everything else looks pretty good! I think you've got her top toned a little too pink, it's more red than pink, though a tinge of a little pink. That back cape flowy material, not sure what piece that's coming from, isn't really part of the original design, but it still kinda works! It probably looks better in motion than here. It's not something I would have done, but a little extra flair never really hurts. The boots are also a touch too green, they should be darker than you have them. The Iron Pads contribute to the a bit more armor than is normal look you've got going, but it works, too. Overall, everything you've done flows pretty well together.

I actually think I will fire up SoulCalibur VI after I finish making this post (and sweeping the rest of the topics really quickly, I've got another thread to address at some point too, but I've been busy playing Shenmue III!), to see what I can do with the new parts, see if it helps or hurts the design. But I like yours, I don't mean to be overly critical or anything, it's nice to see another Luna fan, I've just kinda made it an art form to keep her as true to the original as is possible with each new game, so I've had the finer details imprinted on my brain for a while now.