Hi guys. Still got a bit of an eastern thing going on here. This time though, it's characters you might recognize: The four main characters from Journey to the West. Some creative liberties were taken. 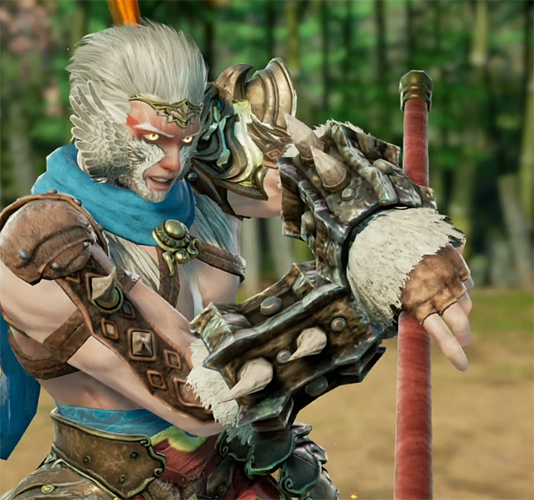 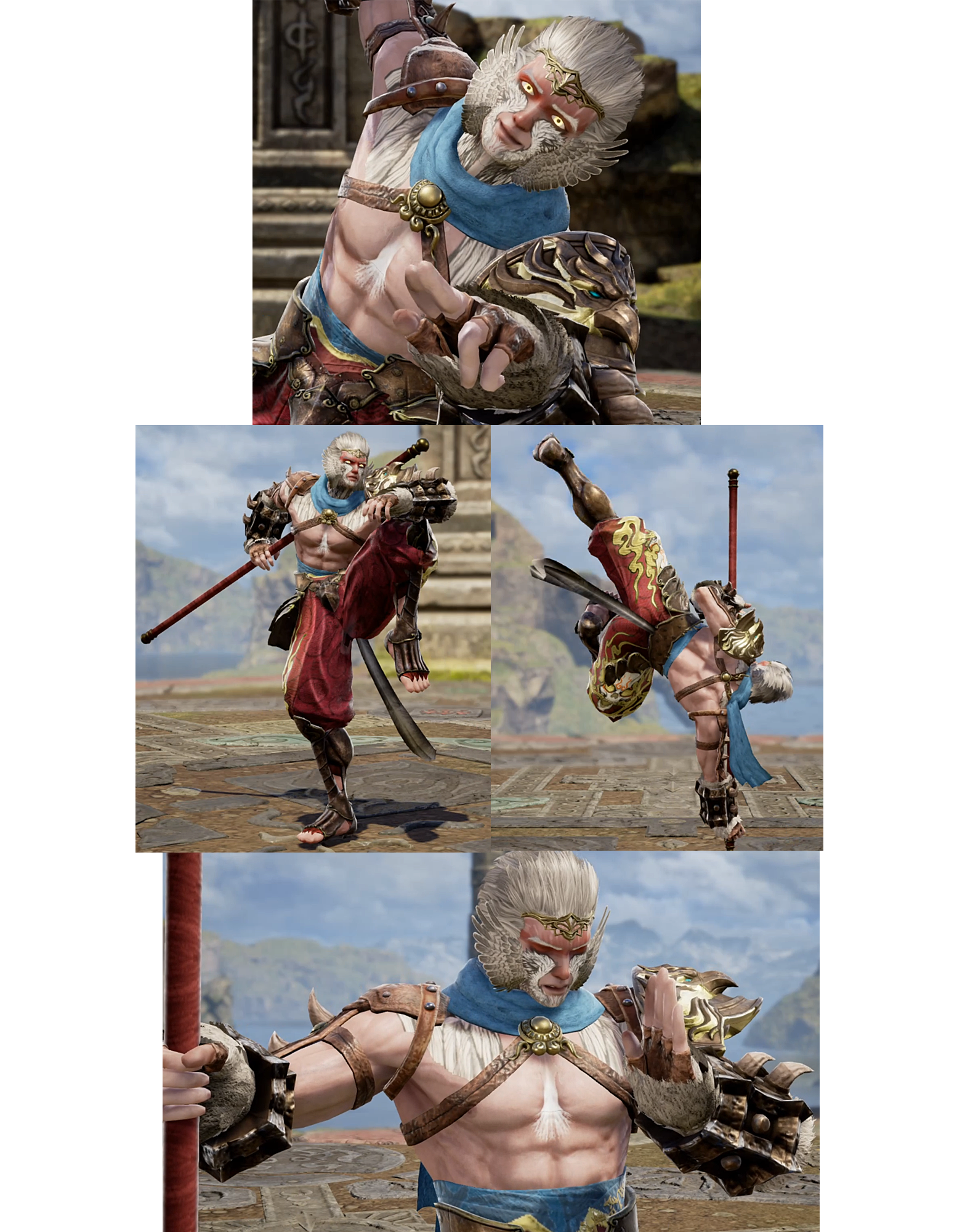 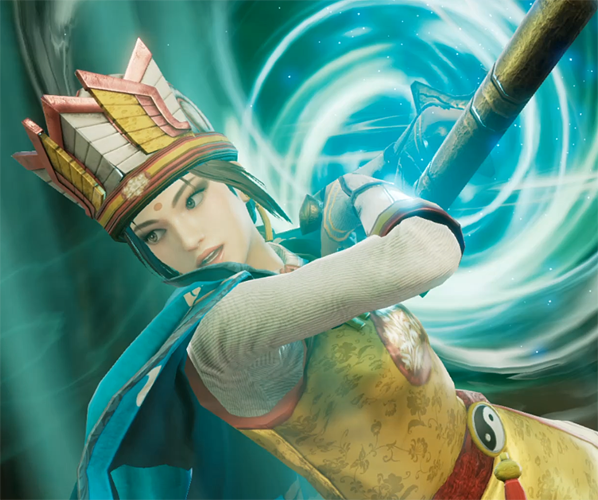 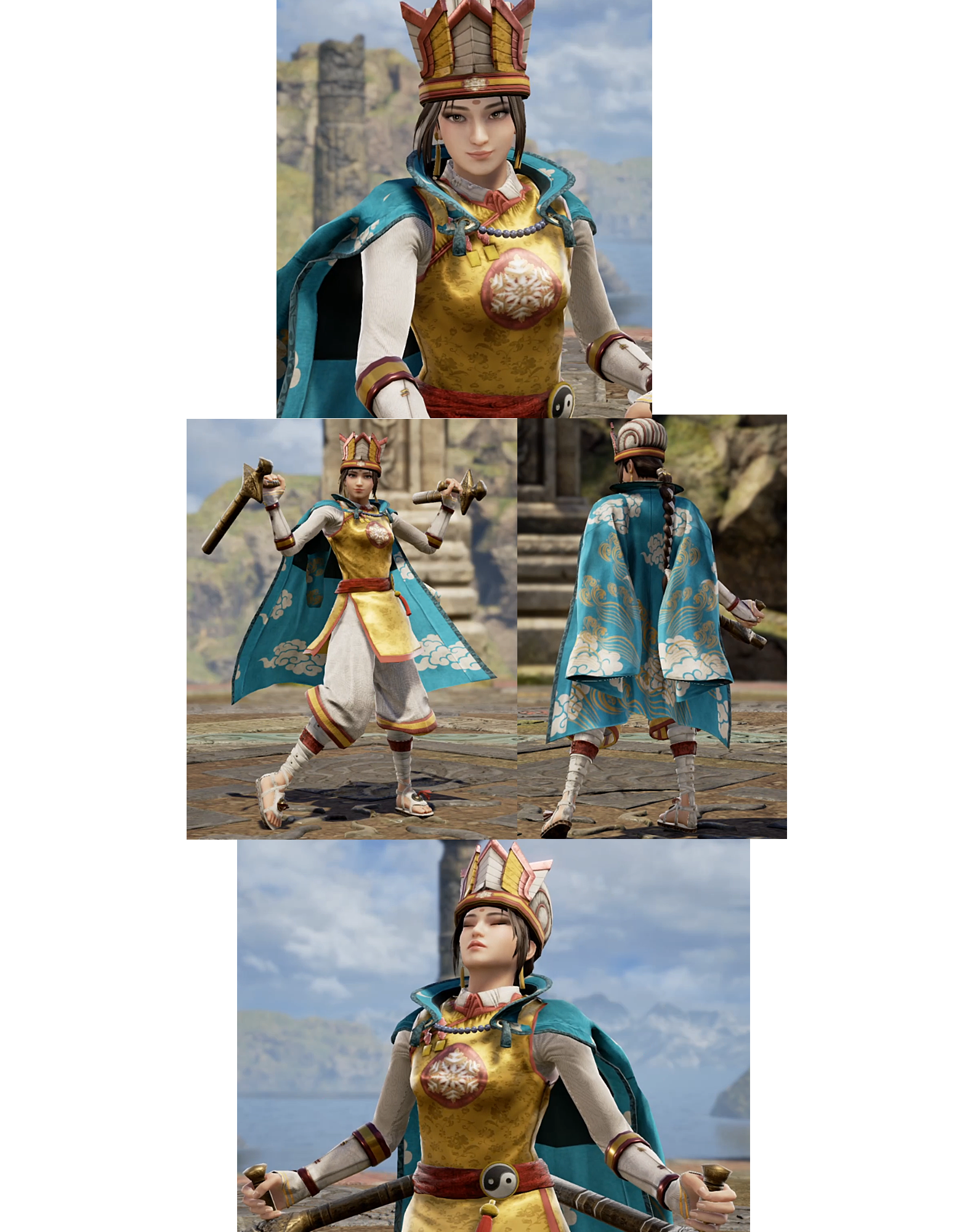 Zhu Bajie
(Pigsy)
Shoutout to @chobek and their Porkis character for the nose/ears combo. Saved my bacon... 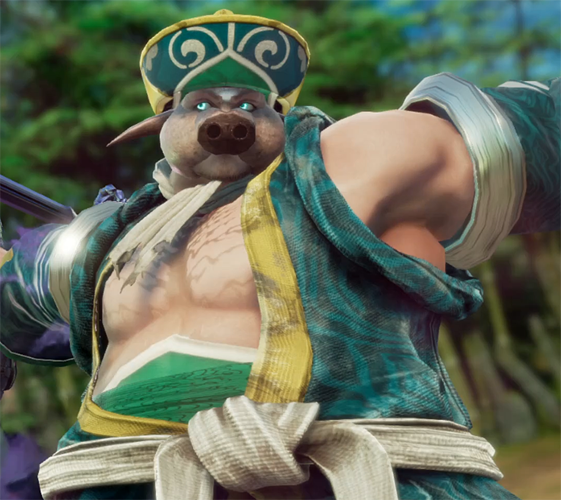 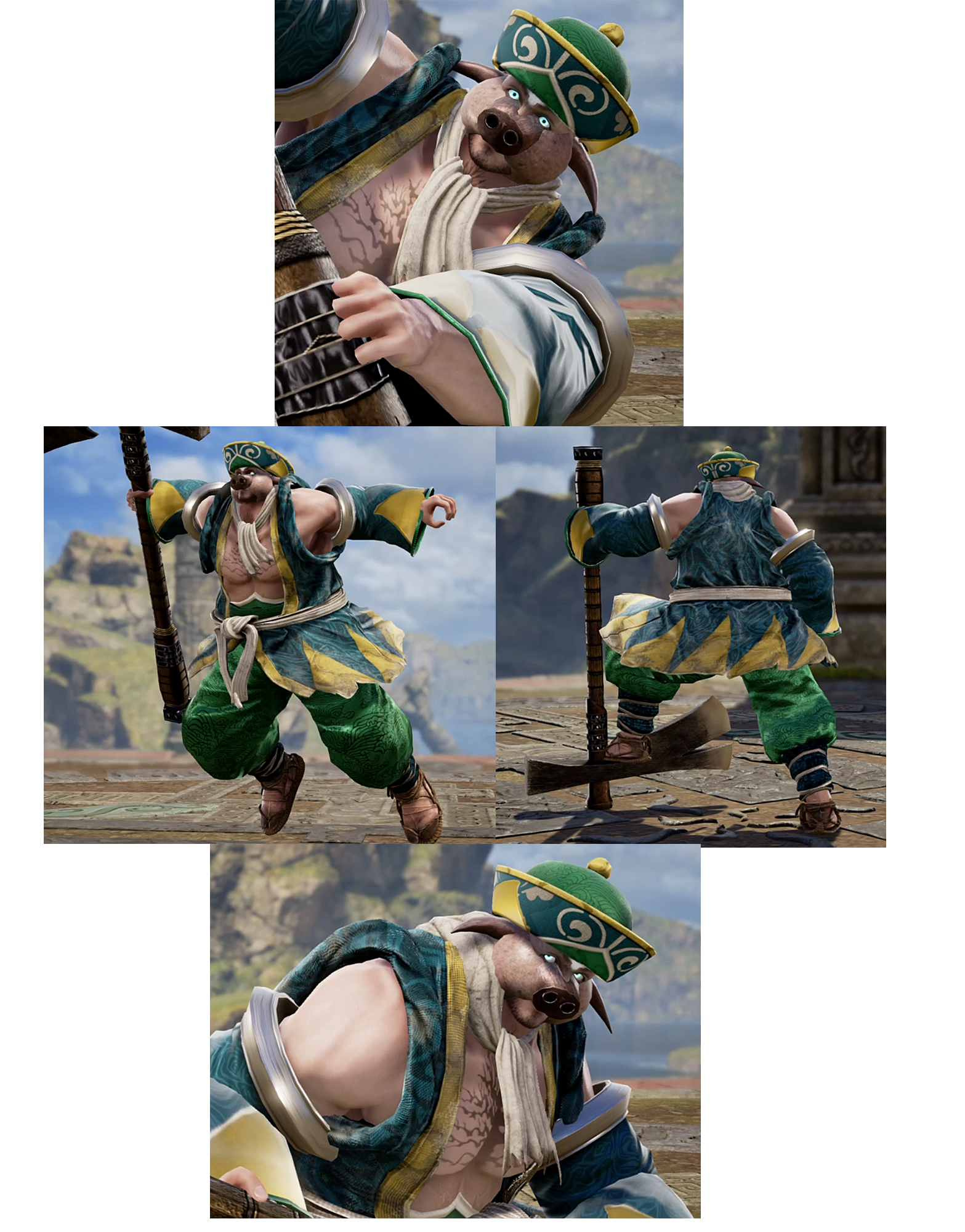 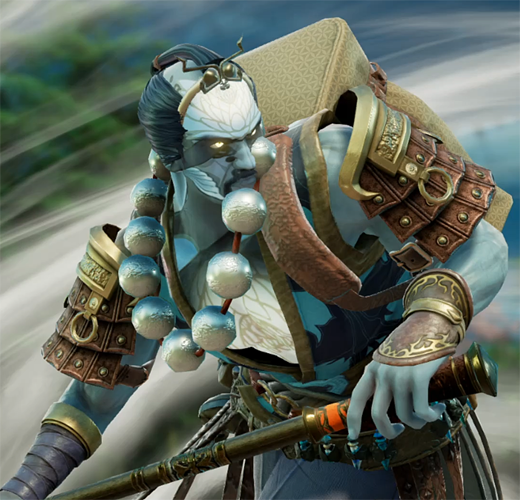 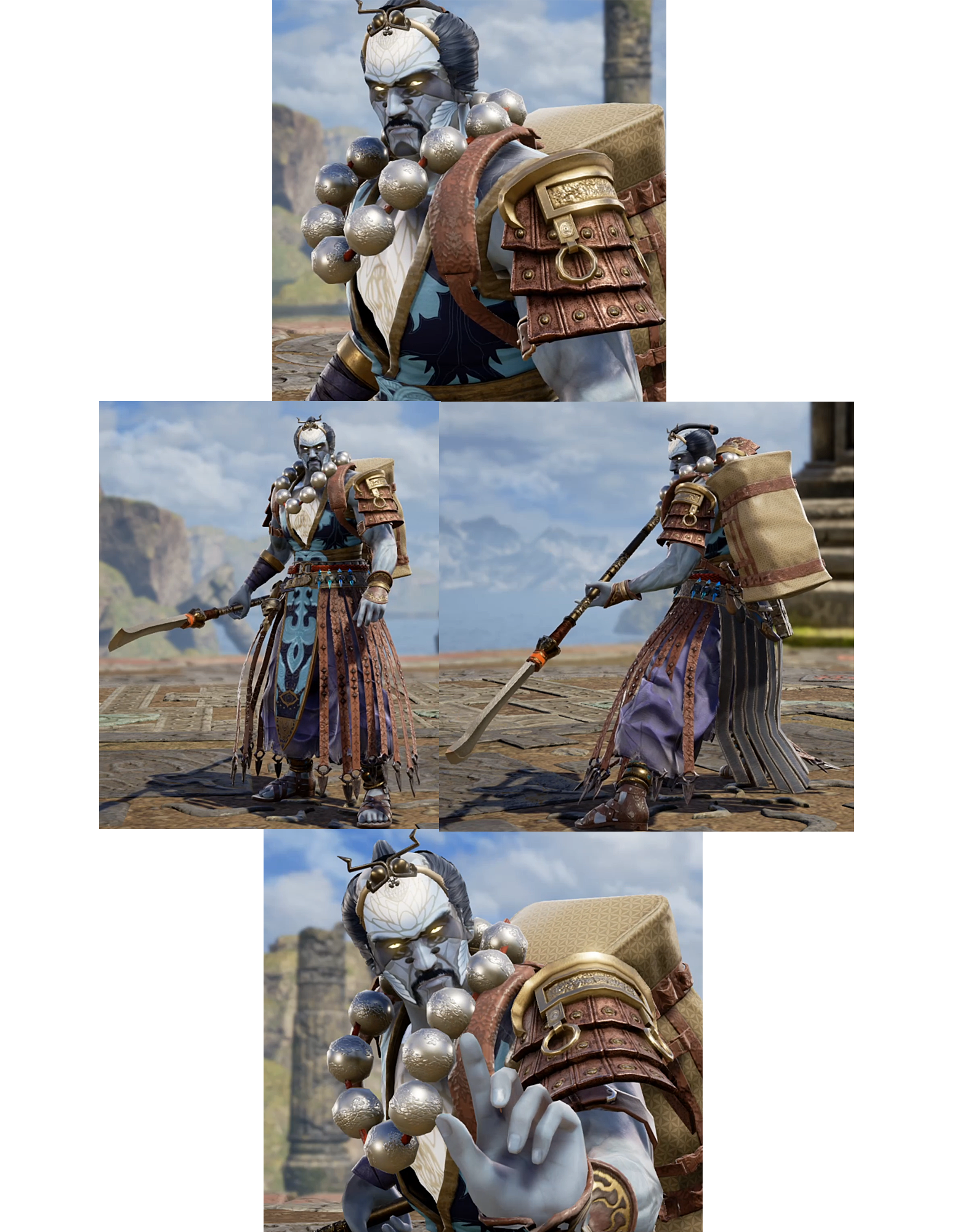 Thanks for your time!

I'm not bias but Fliptop is still my fave.

Monkey King is very good, but the pig steal the show!
Bravo

I liked in particular how you used horns to get nose and ears done at same time with one slot, but also the pattern choice on the hat is very very nice
Last edited: Sep 23, 2020

I agree that the Pig is one for the history books. I think you could have highlighted your great work on his pigfeet a bit more in the screenshots though! I just noticed after looking at the pictures mesmerized many times and that is way too amazing a detail to be missed... :)
Last edited: Sep 25, 2020


WindupSkeleton said:
I'm not bias but Fliptop is still my fave.
Click to expand...

Aw dude, thanks very much. I don't even have a witty retort for this...who's this "Bias" person, anyway? Never heard of him. Sounds unreliable.

I liked in particular how you used horns to get nose and ears done at same time with one slot, but also the pattern choice on the hat is very very nice
Click to expand...

Thank you very much! As mentioned in the post, it was chobek who I saw do the nose/ear thing first, I just tweeked it a little. For the hat, I looked at a few of the interpretations of the character and a similar symbol appeared a couple of times (Sandy has a similar thing going on for his circlet). I was glad that the pattern lined up the way it did - it saved me a couple of sticker slots.


weshookhands said:
I agree that the Pig is one for the history books. I think you could have highlighted your great work on his pigfeet a bit more in the screenshots though! I just noticed after looking at the pictures mesmerized many times and that is way too amazing a detail to be missed... :)
Click to expand...

Good catch and good point. I switched the full body shot at the last minute (the post was made in a bit of a hurry!) and I didn't realise the feet weren't as clear. At the time I thought "It doesn't matter, I'll put it in the notes"....and then didn't make any notes. I have now added the trotters in all of their glory.

In addition to the feet, I've updated Sandy as well. Nothing huge, I just felt the blues of the robes and skin were a little too similar. Also removed the sticker from his upper robe because that shoulder smudge was annoying. Also gave him his prayer beads.

Thank you all for the kind words!

Hi guys. It's been a little while, I hope you're all well. Changing the tune here with something a little different - a quartet of musicians. 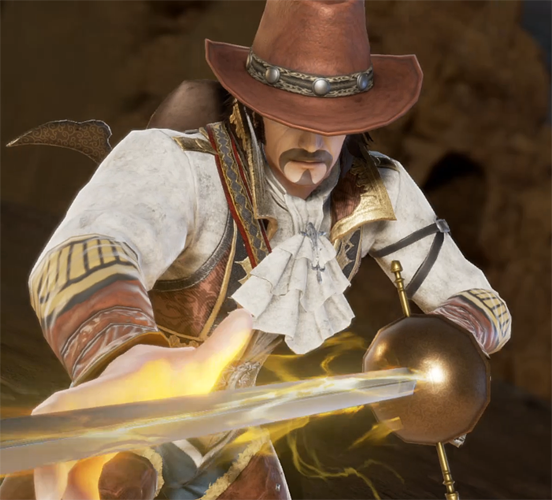 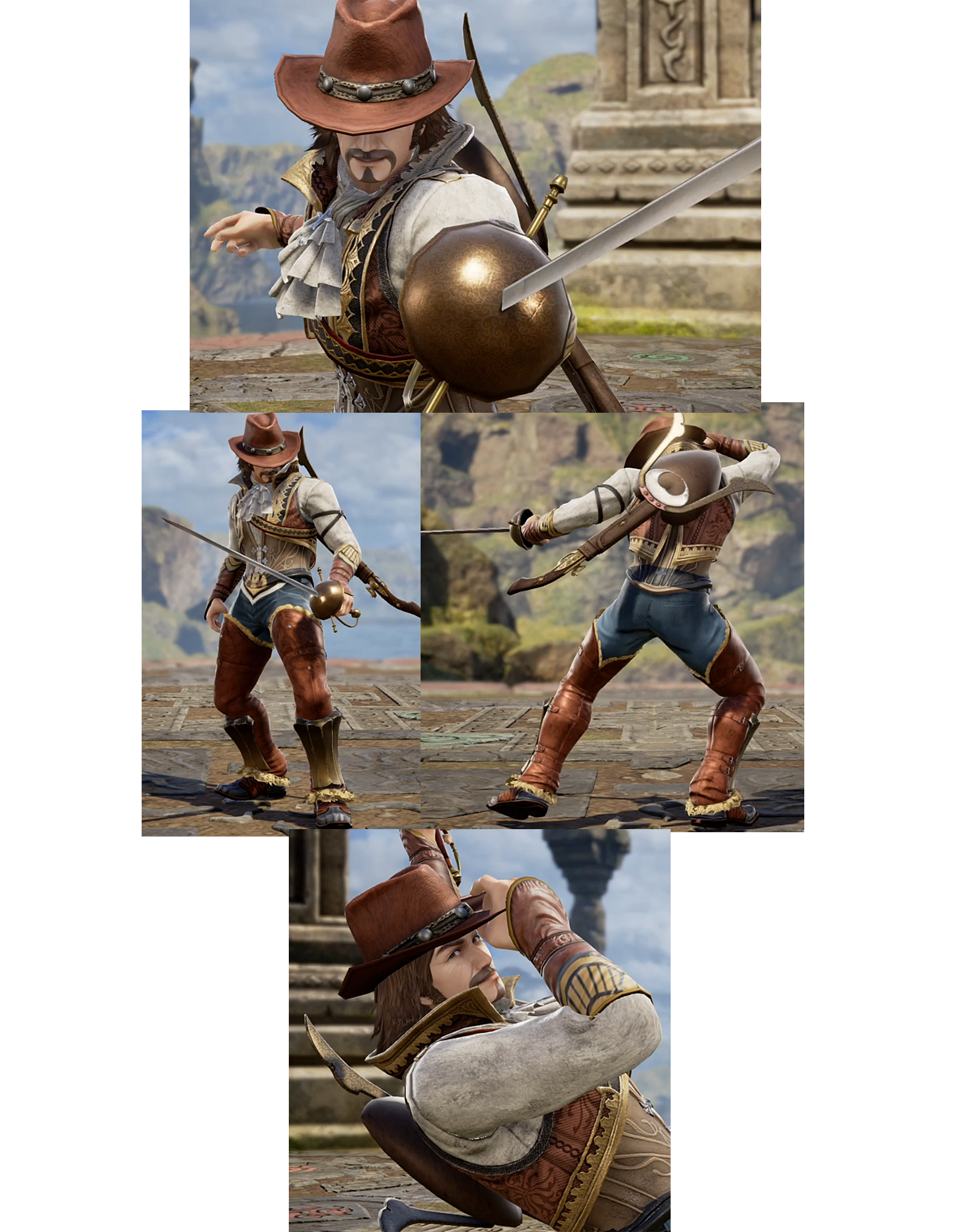 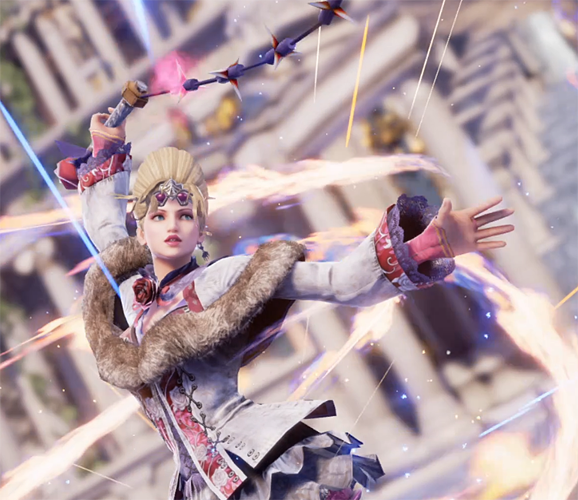 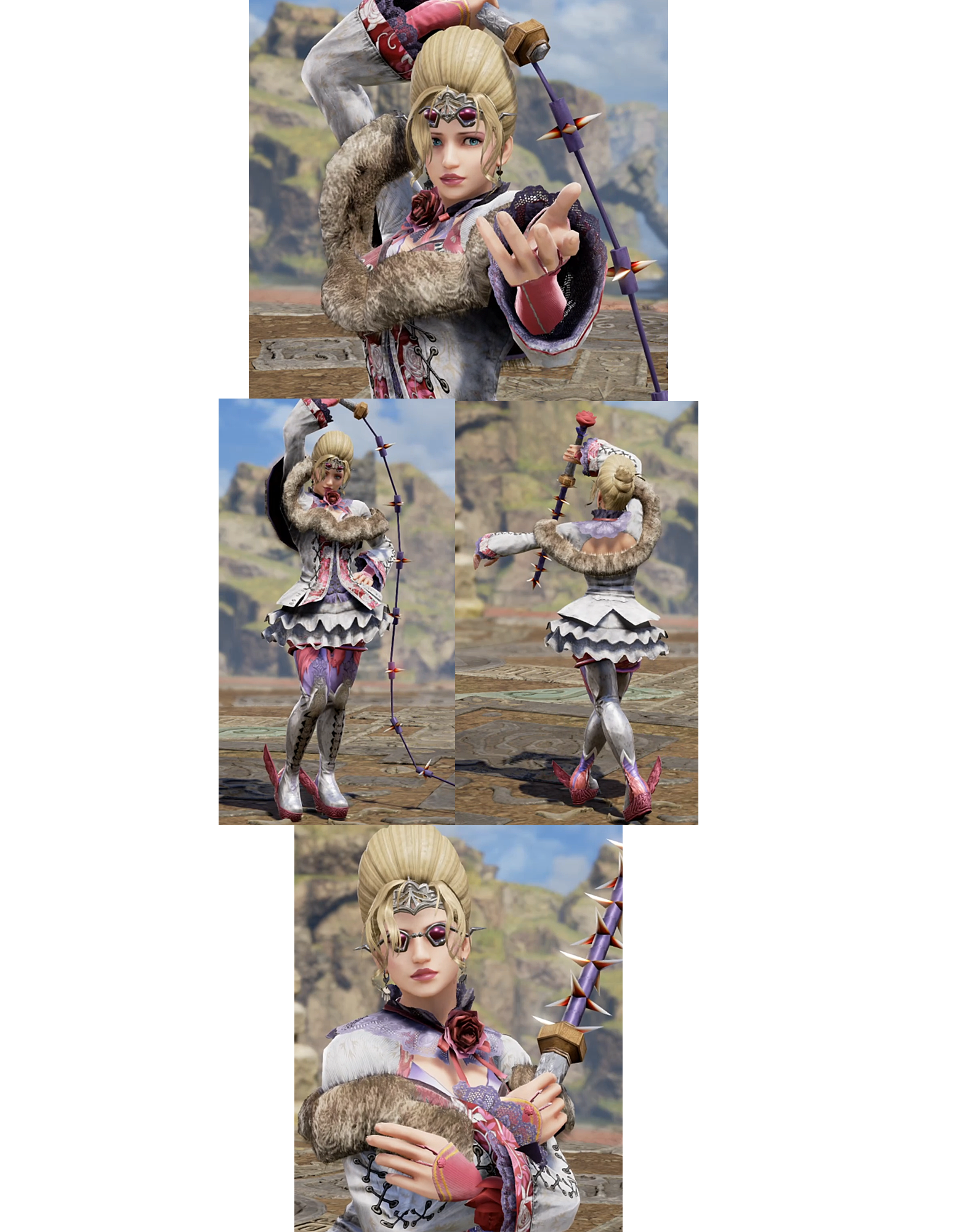 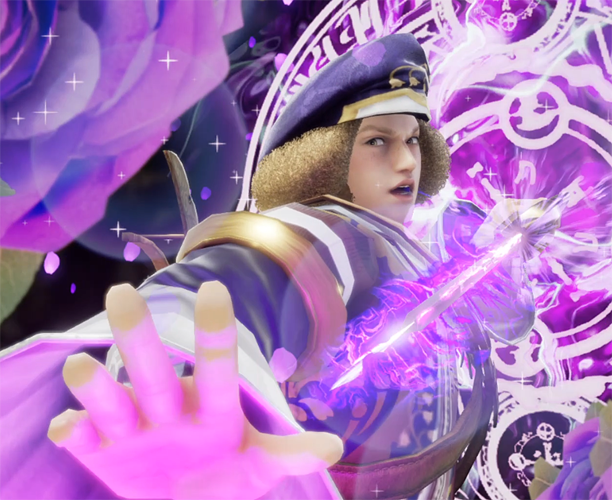 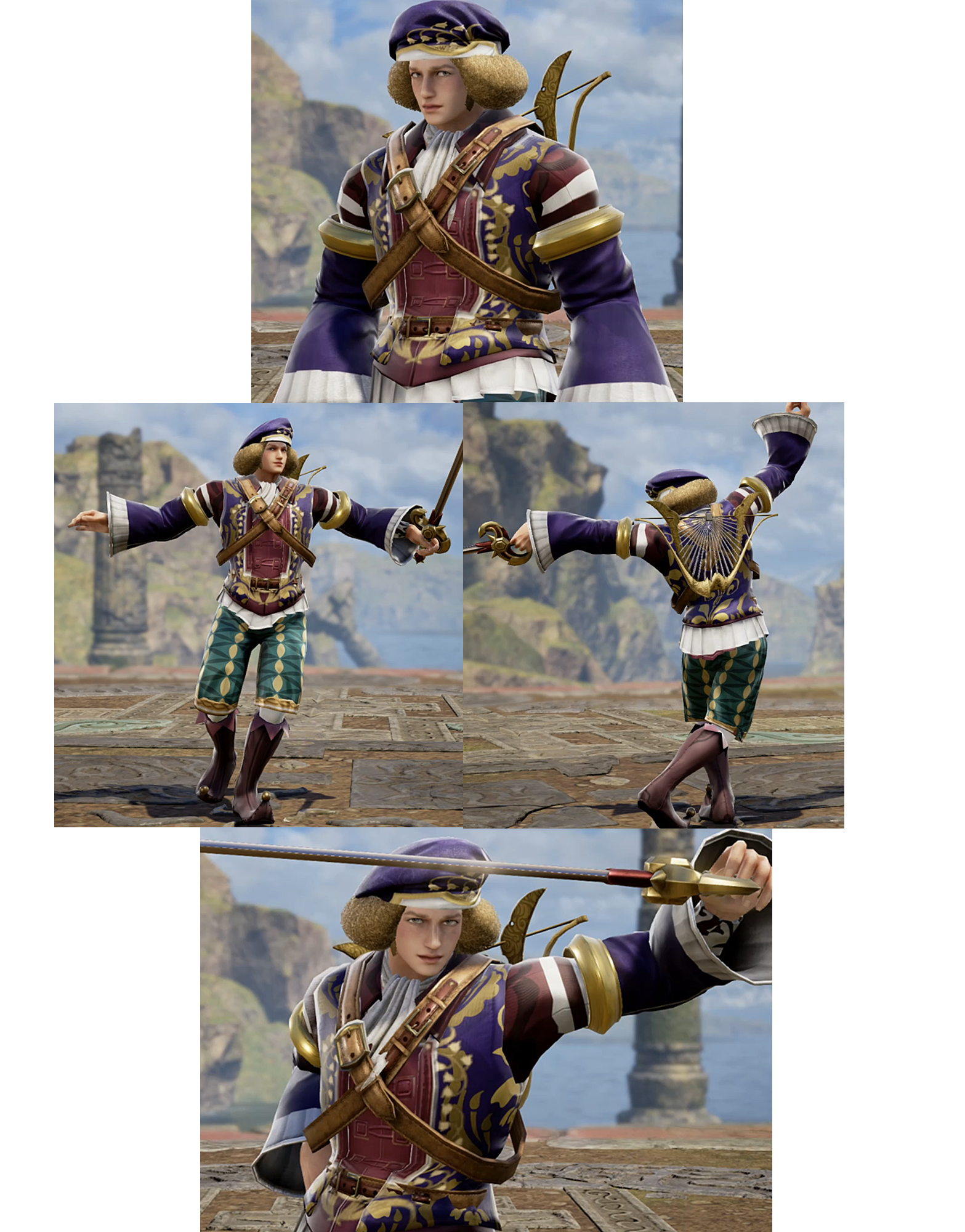 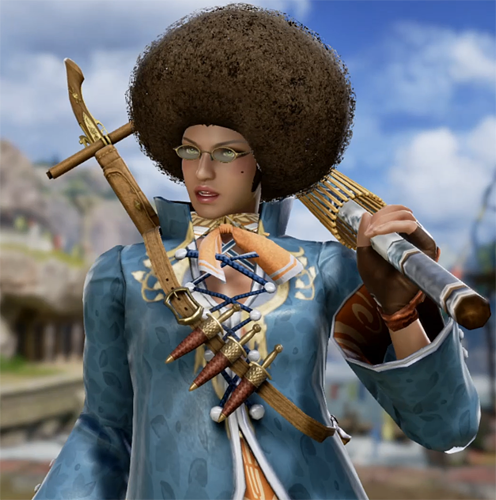 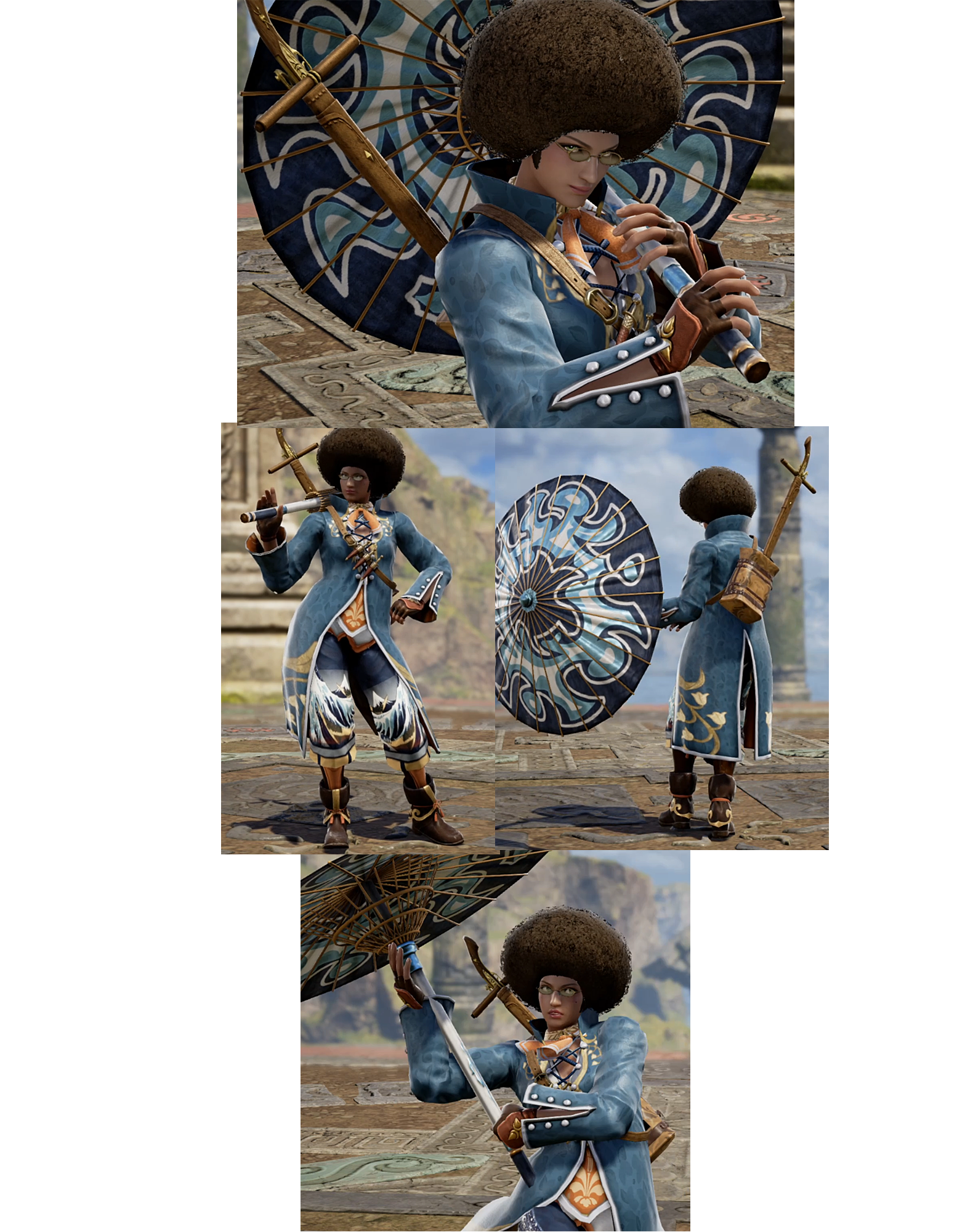 Wilder: The progenitor of this idea for me way back in SCV. I was going for a bard and ended up with a cowboy/ folk singer. Raph's style remains due to the cockiness.

Annalise: Changed the gimmick from "What instrument?" to show a little more personality. Her ornate shades put her on the fringes of believability. Ivy's style was used for it's personality and the whip doubles as some sort of improvised microphone...from a certain point of view lol.

Lionel: The classic bard with a flamboyant fashion sense. In my head this guy's actually a little unsure of himself outwith anyting musical/performance related. Amy's style was used because of the flowers, the musical notes and general theatrics. His design is supposed to contrast sharply with Wilder's.

Gigi: Went for more of a traveller/story teller vibe with her. The instrument is based off of the horsehead fiddle. Setsuka's style was used mainly because while I like the visual of an unassuming traveller, sometimes in the world of SC you need to be able to stab things.
Now get out, you're bard!


Thanks for your time!

they're all pretty good and with plenty of personality, Annalise imho takes the show

You had to sacrify the instrument but was worth it, specially when she got shades on, loved also the pumpkin hair.
Plus great pieces selection on rest of the body, picking items with lot of detail compensate well the fact that there are no more 3d items avaible. Bravo