SenoritaMama said:
Compared to me, you're doing real good to be a newbie. :/ Don't mind me though, just enjoy your God's given gift hehe.
Click to expand...

Bless. You know I spent years making videos here. At first people liked them and that was nice but soon people started to dislike them or me I can't really tell but I never stopped making them because that was never why I was doing it. Art isn't just about technical proficiency or rather technical proficiency isn't what most think it to be. What good is it if you stops you from achieving what you set out to achieve at first? Can you call that proficiency? All art is mere self-expression and just a child's wax crayon picture of their cat stuck on the fridge is more beautiful than a Van Gogh or a Monet to their parents.

Therefore art was never about beautiful pictures at all. It's about beautiful people. Never let any pretentious arsehats tell you otherwise. I only stopped because it no longer suited me. All of a sudden it turned into self-hatred instead of self-expression due to an unforeseeable chain of events but in doing so I learned when most people look at you all they see is themselves and how they can take advantage of you to benefit them so for years I couldn't do a thing but agonise over the past I could never change until I finally once again accepted everything must be for the best. If you can only let it be. Harder than it sounds. A lot harder actually. It was the most I could do to try and find people who I appreciated for who they were and gradually I was able to start doing this what I do now although eventually I'd find neither would this be immediately reciprocal.

In the end what I've found is it's all meaningless outside. All that matters is inside and if you can't appreciate anything what's the point in anything? So even at the bottom of everything there is beauty to be found. Inside. You. Life. Don't throw it away or let others diminish what is most important. It's all you'll ever truly have and if you let it be yours it will be more than you can possibly imagine at first. No one can take it from you so just let it be the gift it is.

If you can't honour that gift of self first how can you expect to ever honour others? Every morning I wake up and it feels like dying all over again. Again and again. But every day I get stronger and it seems a little more worth it. So I keep going as, well, what on earth else am I going to do?

Honestly it feels like I'm not even here and so it feels good just to be hated, noticed, hateful as that rightfully must sound which is why I appreciate such kind words more than anyone else will ever know. Why nonetheless I feel nothing at all. 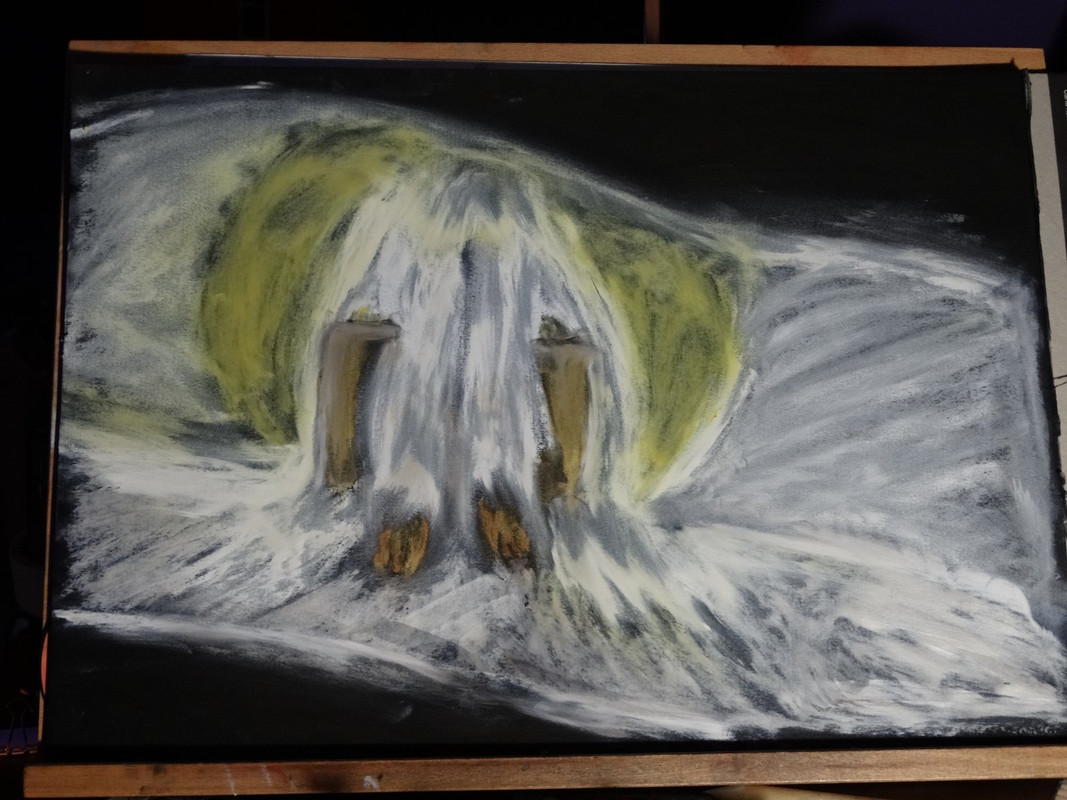 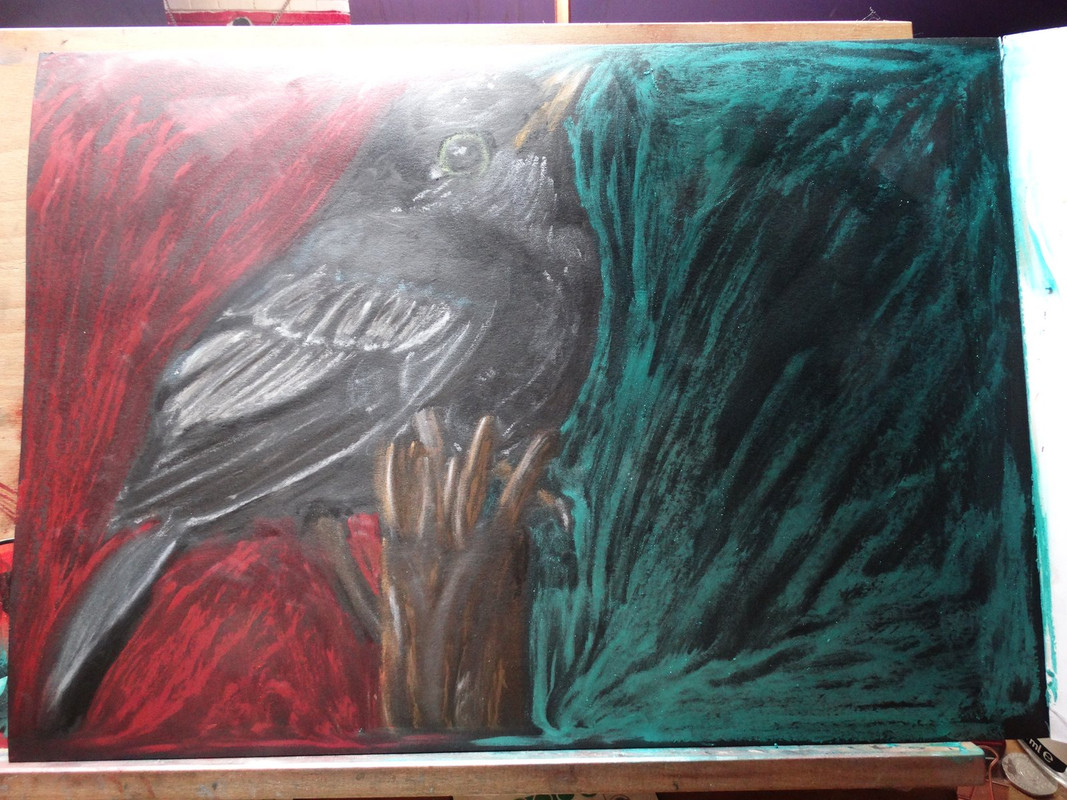 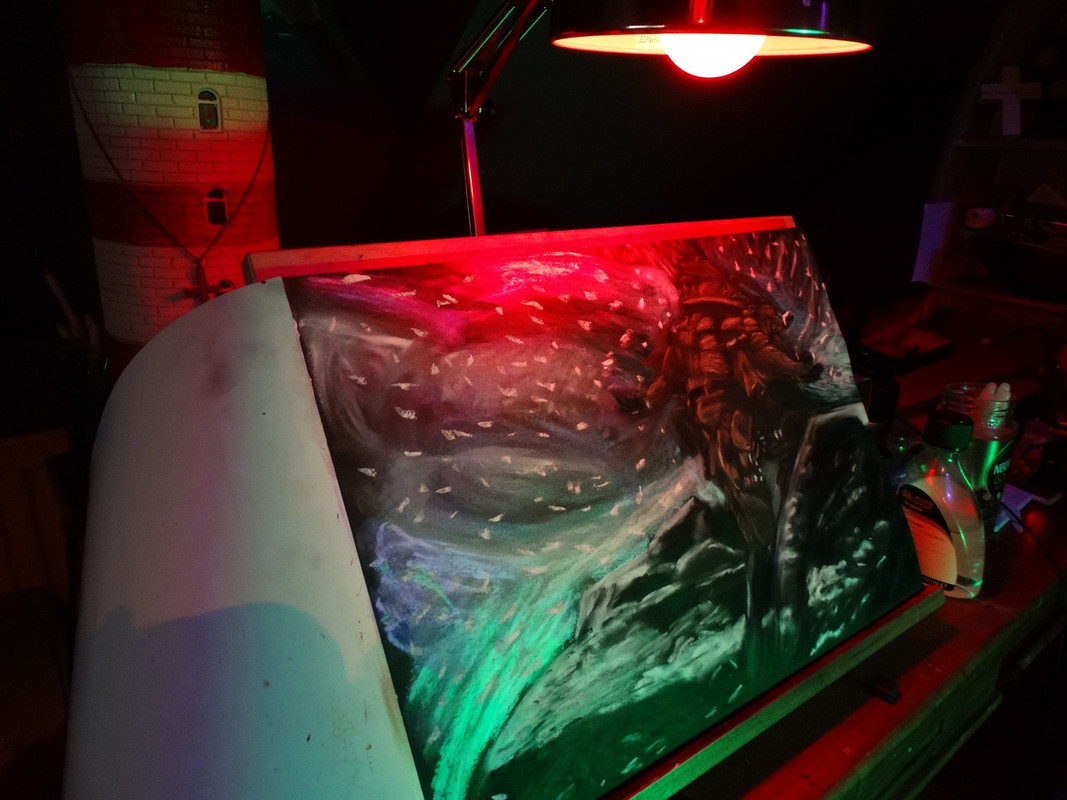 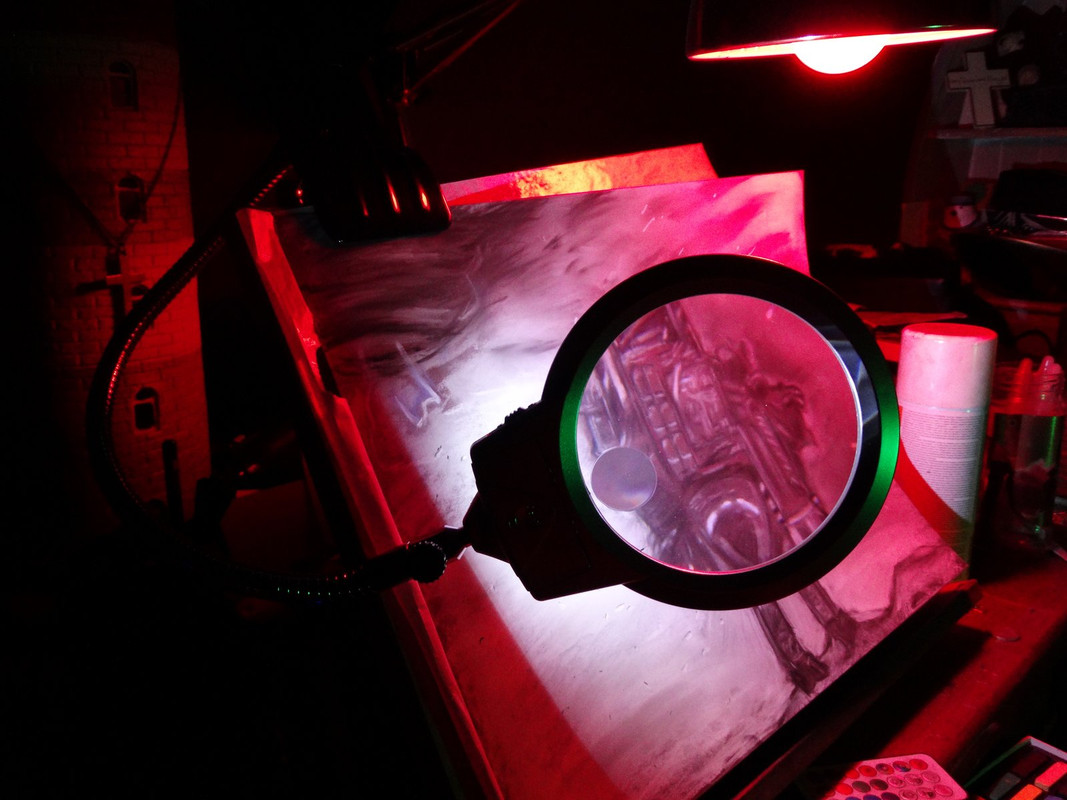 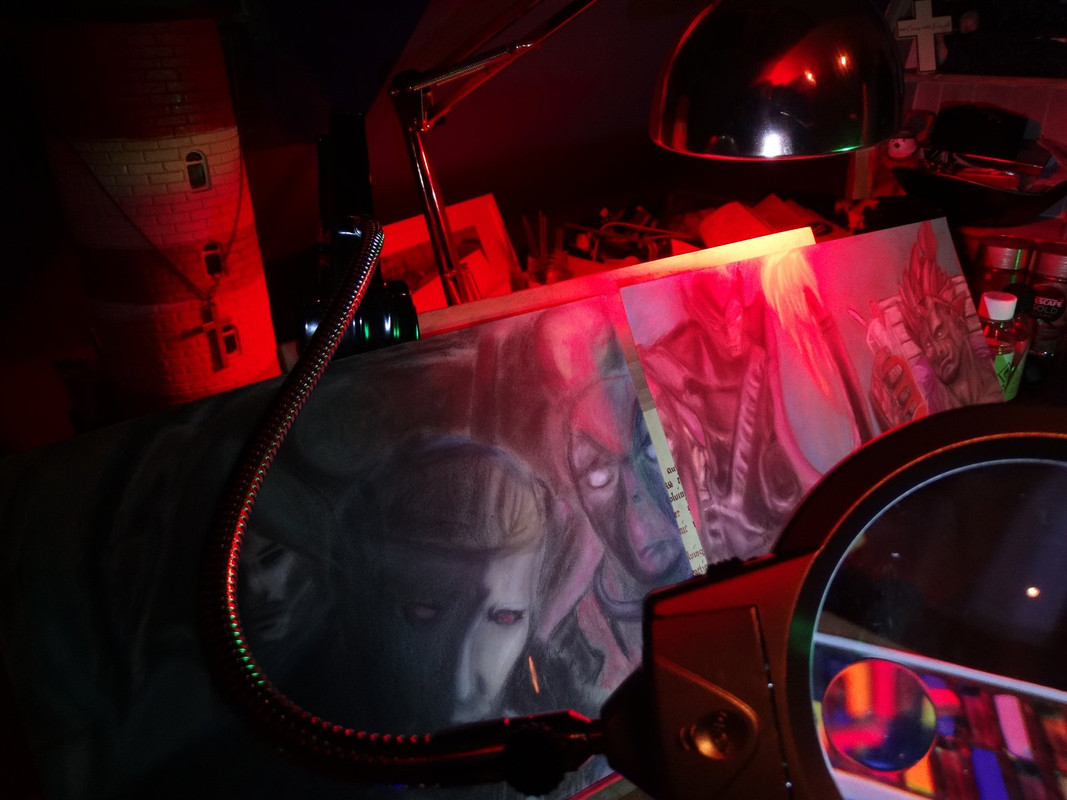 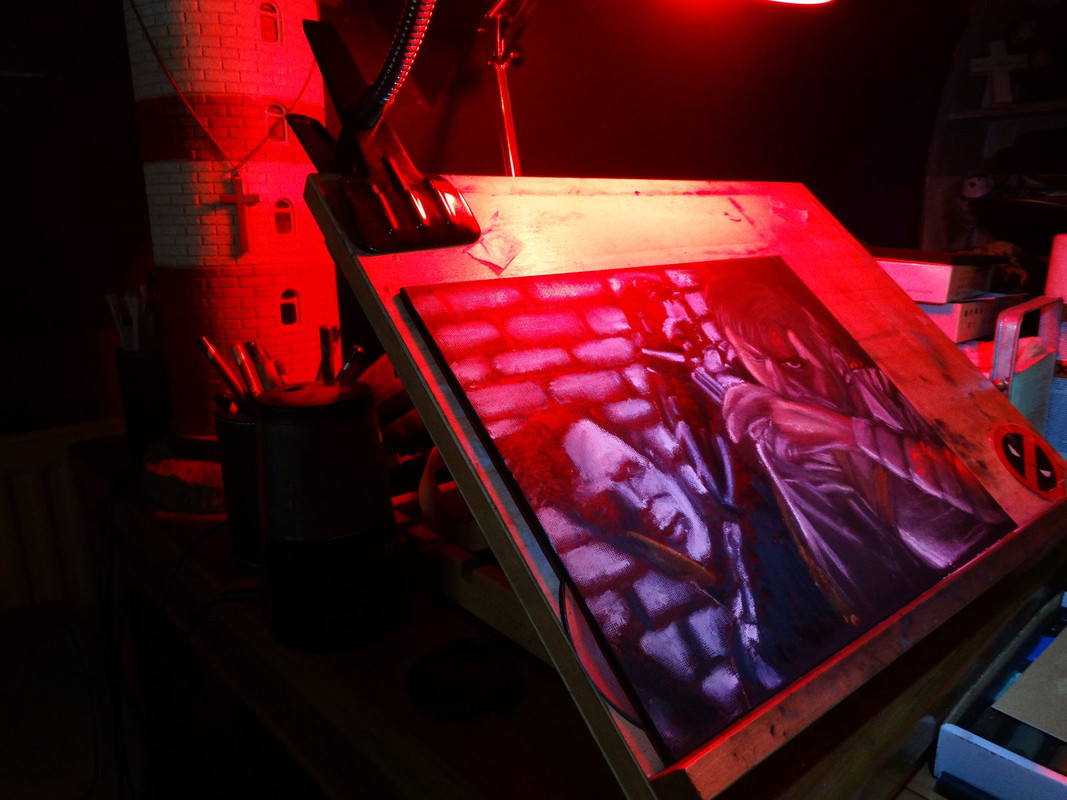 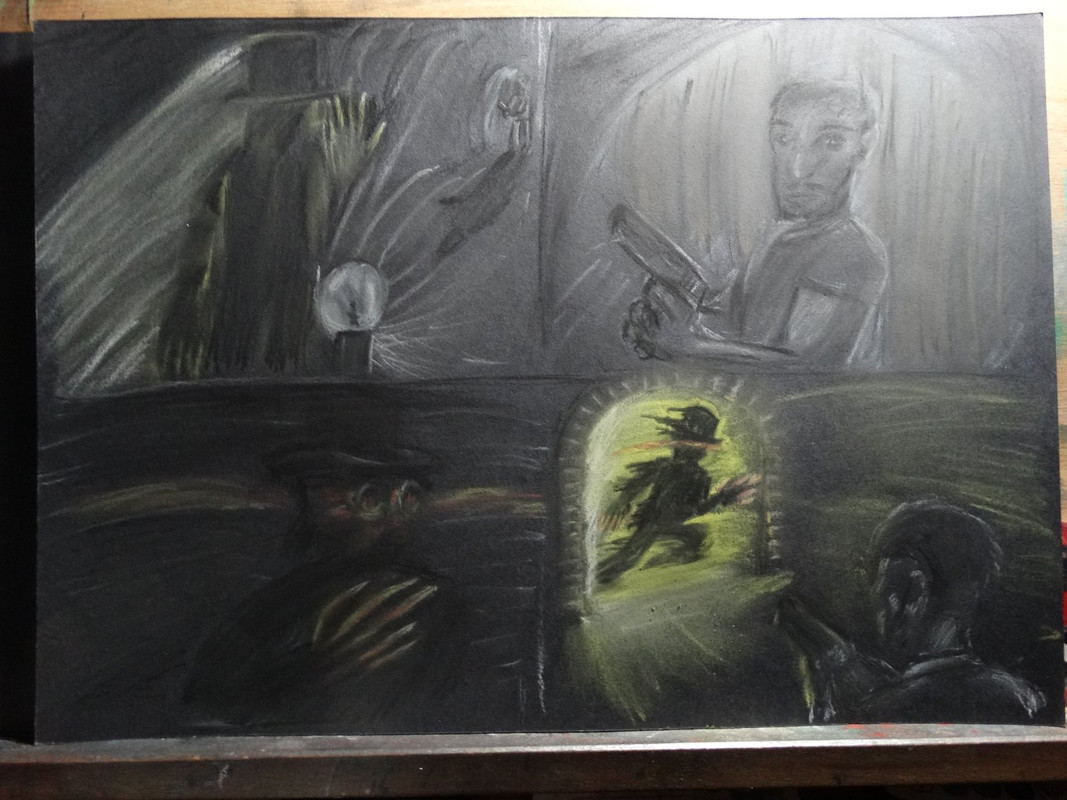 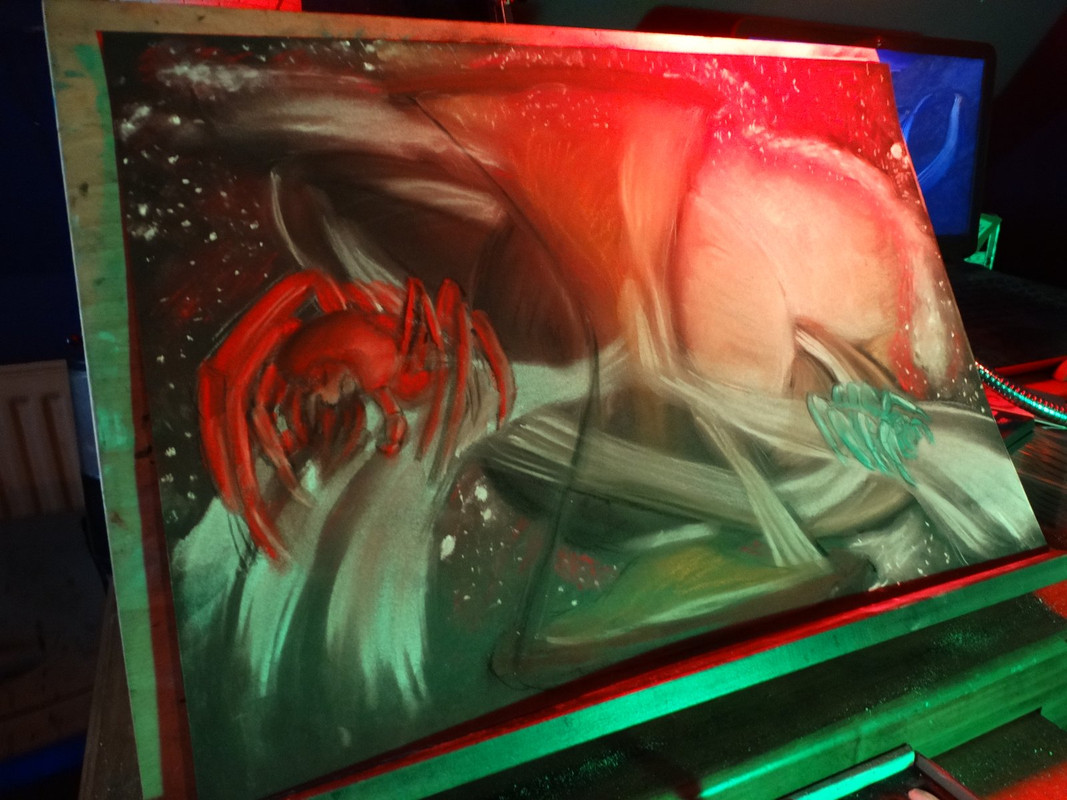 Cheers. I'm not often getting those full recordings done at the moment, in fact I still have one or two unedited from last year I would've liked to have had done already, it's fun but more effort and whatnot required in the long-run. Making GIFs is a lot more straightforward. I have managed to get out and do some sketches in the open when I've been able to as we've had some rather unpredictable weather as of late. 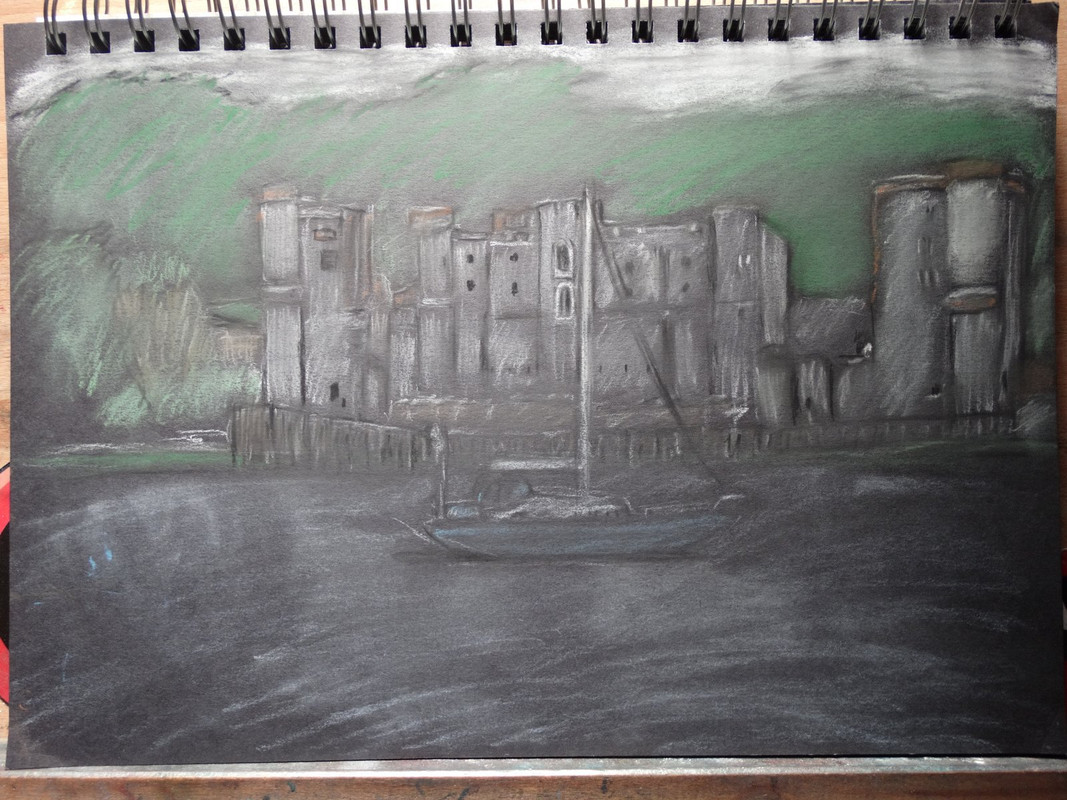 This is Upnor Castle on the River Medway. Upnor still has a significant military presence in the vicinity although being the military they like to keep things schtum for the most part though their vehicles can often be seen in the area as well as some occasional jet boat training in the river. 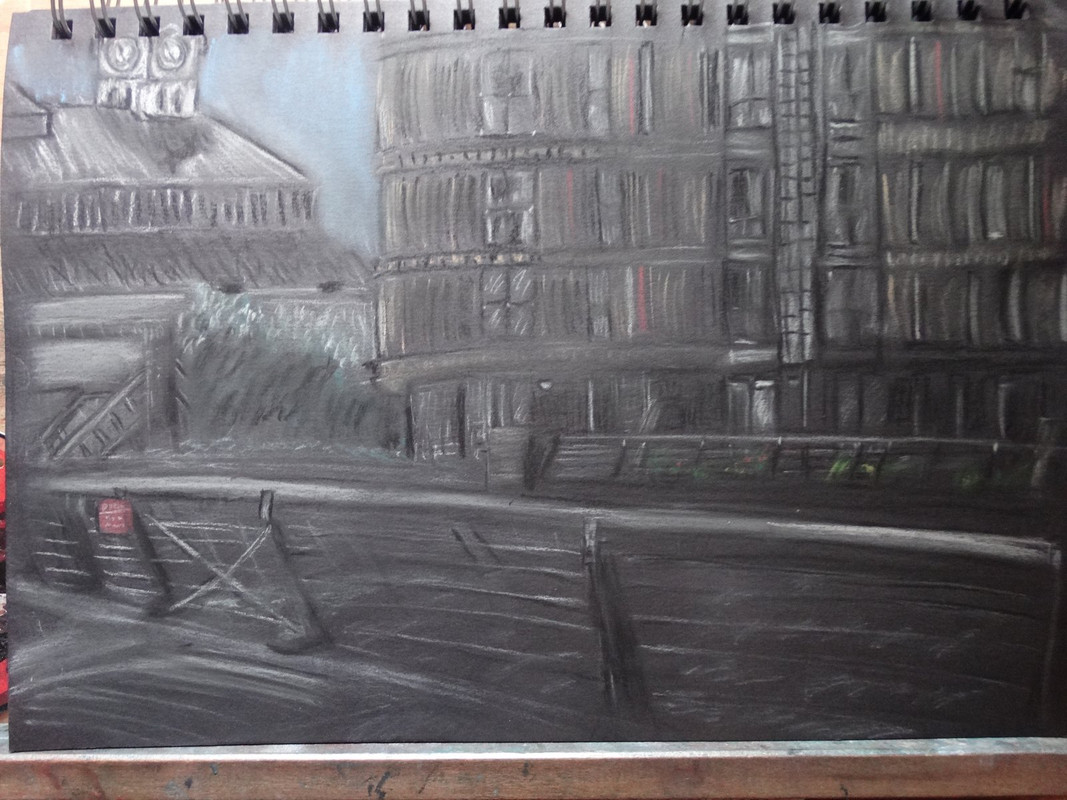 The building on the left here with the clock tower is called the Dockside Outlet Centre within which is some shopping outlets for various things. Generally good for finding some bargains. On the right of that is part of one of our two towers to the right within which are many flats. The penthouse of this tower had a bit of drama last year when the owner apparently had guns and was waving them around as you do shooting them into the air for some reason attracting some perhaps unwanted attention. Perhaps not. I say as you do but this isn't America so it was actually fairly out of the ordinary. I think it turned out they were replicas but who knows? 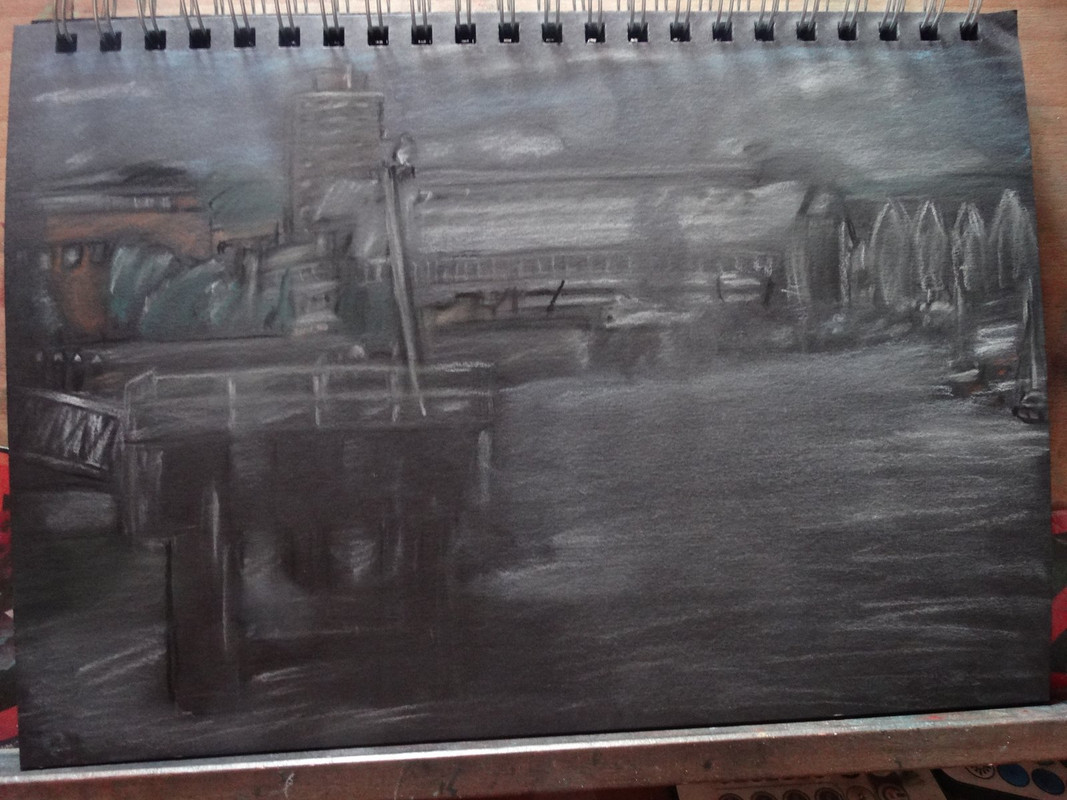 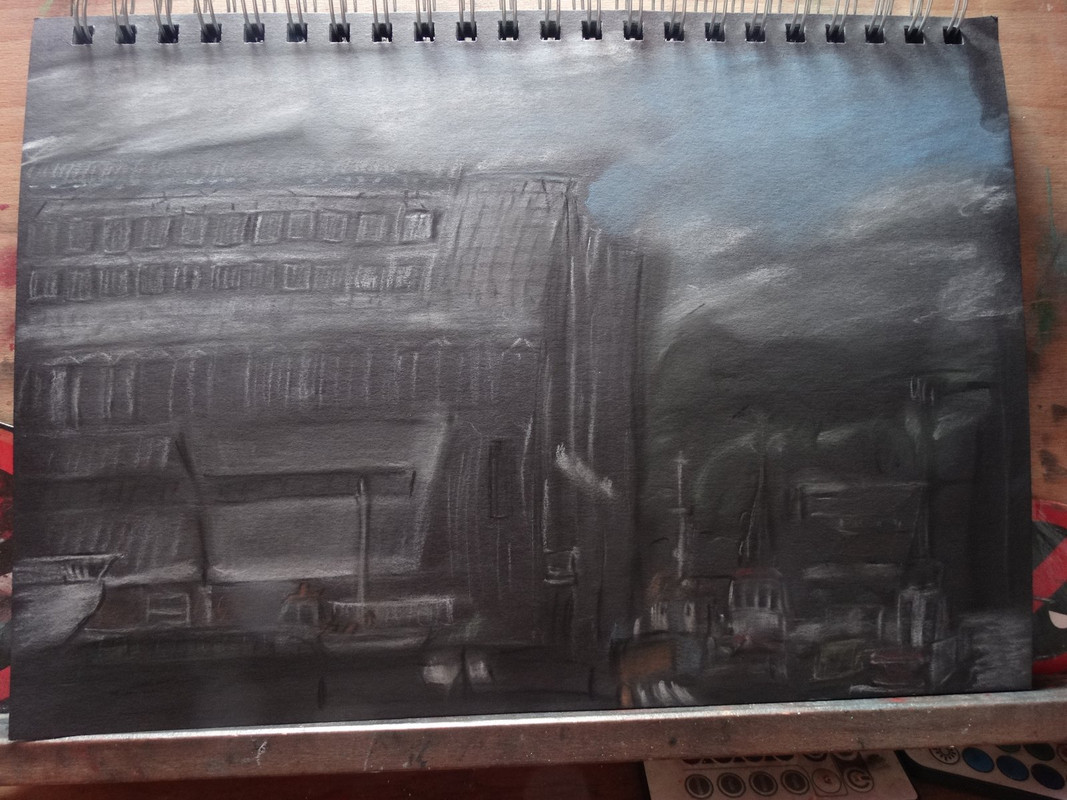 These two are the Historic Dockyard in Chatham Maritime from two spots. The Dockyard no doubt has many stories which one may hear all about if you go there since it shut down actual operations in the 80s eventually becoming the tourist spot it is today although it is in this day and age probably most famous for the part it played in the movie Sherlock Holmes. The one with Ironman. Who was no doubt there at some point. Good times. 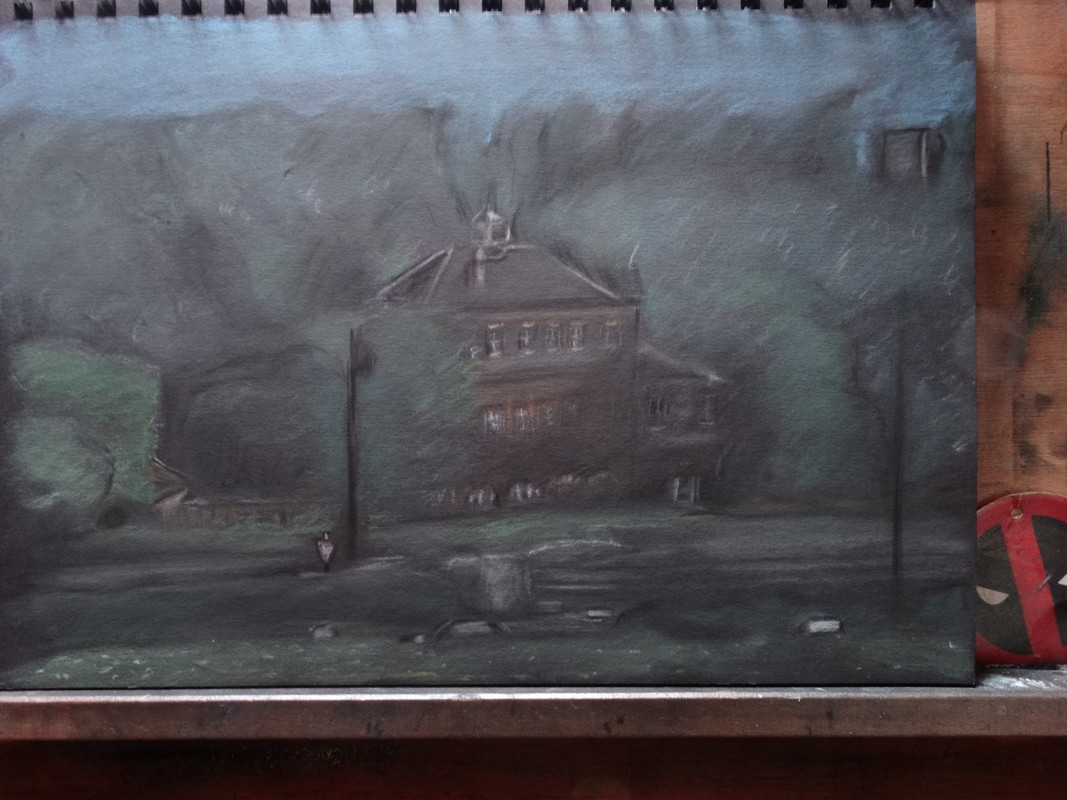 This last one is from nearby the spot I did the closer Dockyard piece from looking slightly to the left with the Dockyard just out of sight to the right... I'm actually not sure what's in this particular building although I go by all the time but this is the main road in Chatham Maritime. Called Dock Road just to the right is an army barracks hidden behind a very tall wall with various plaques with names of nearby towns I'm told were once bus stops no doubt mostly for soldiers stationed at the barracks and following the road leads to Chatham although why you'd want to go there these days remains a mystery. I'm not sure what Ironman was doing while he was here but on the left is the Greenwich University campus which for some reason is in Medway and not London although there is also one there near the Cutty Sark. Past that is the Medway Tunnel then where I live St Mary's Island which is an artificial island separated by two large canal basins now featuring water sports and an impressive marina. In the past however I'm told the basins were empty, aside from all the convicts, that and the nuclear submarines that were apparently built there. Before that it was a muddy marsh. History is like that. Very nice these days though. Not much nuclear waste at all.
Last edited: Aug 30, 2021 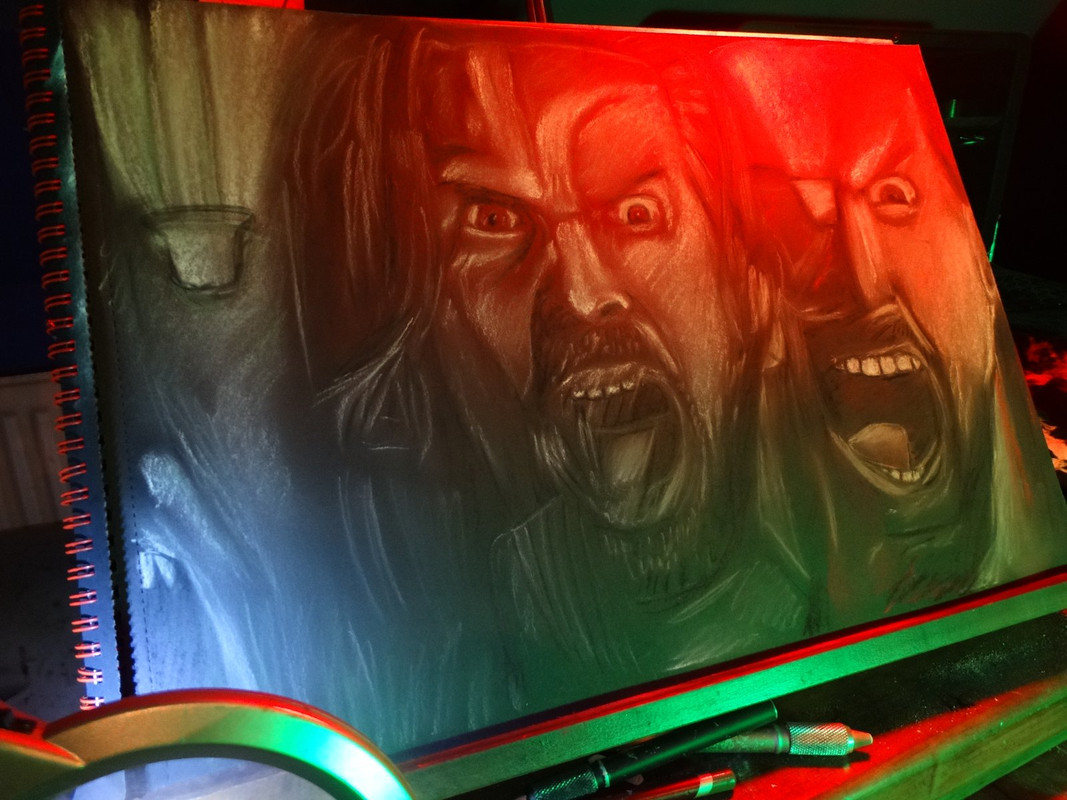 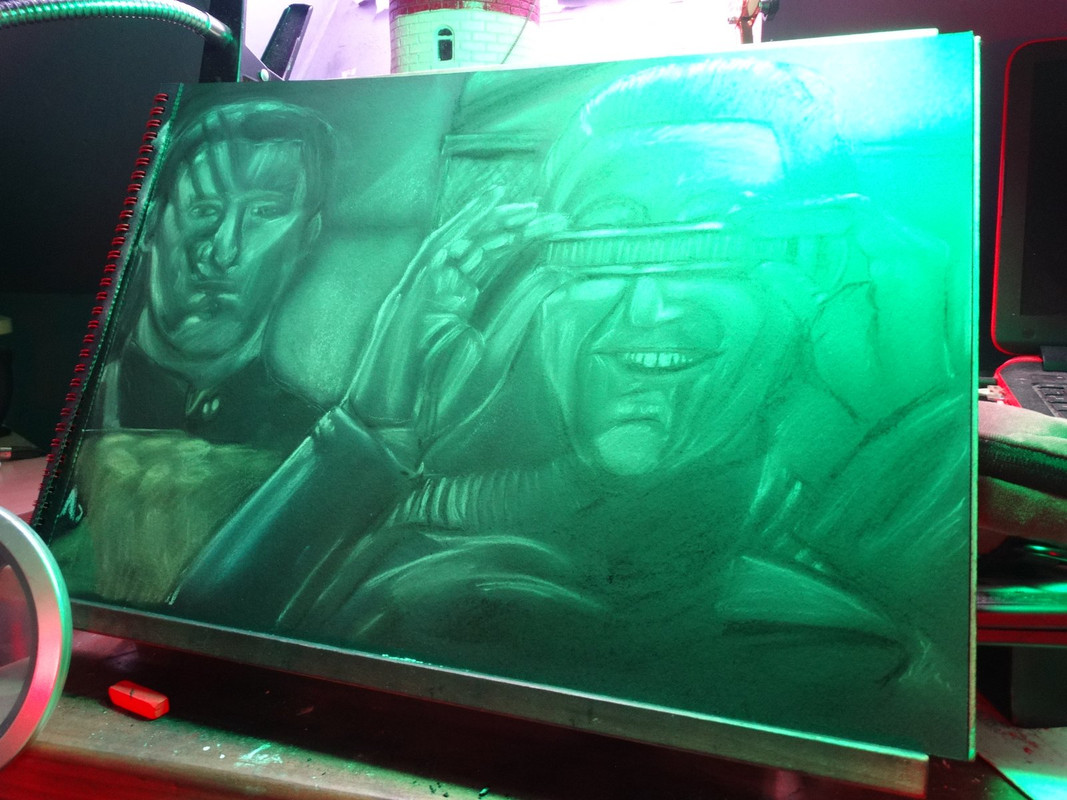 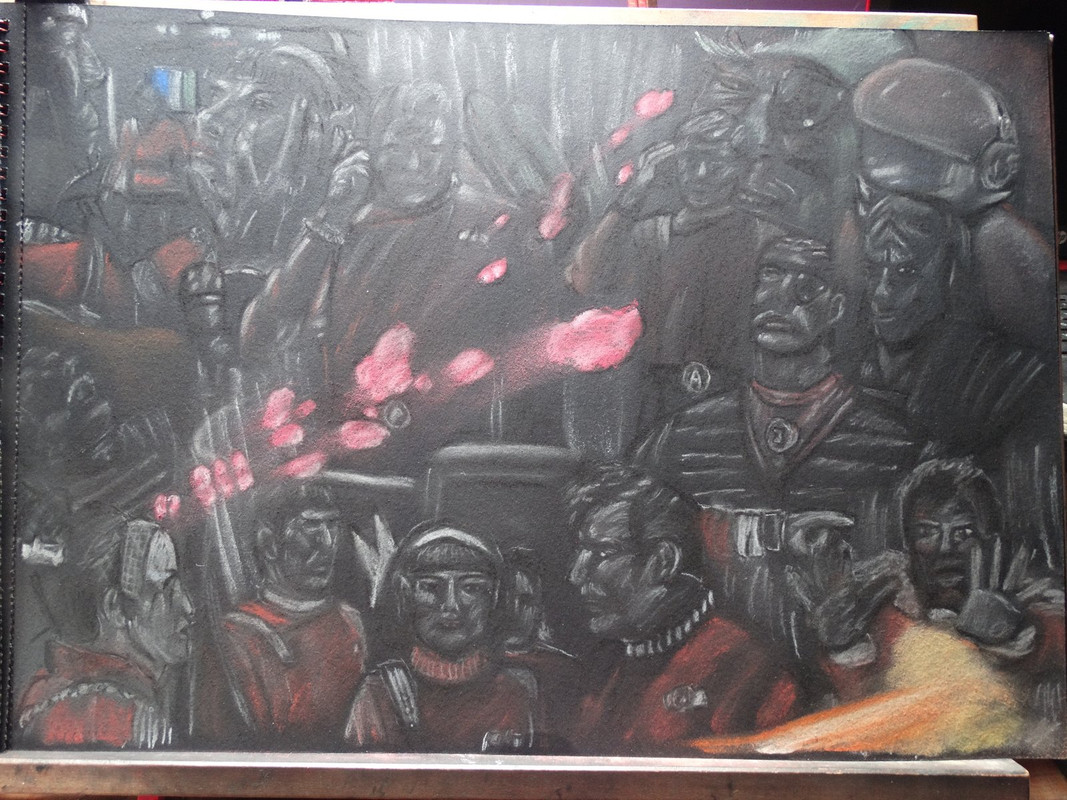 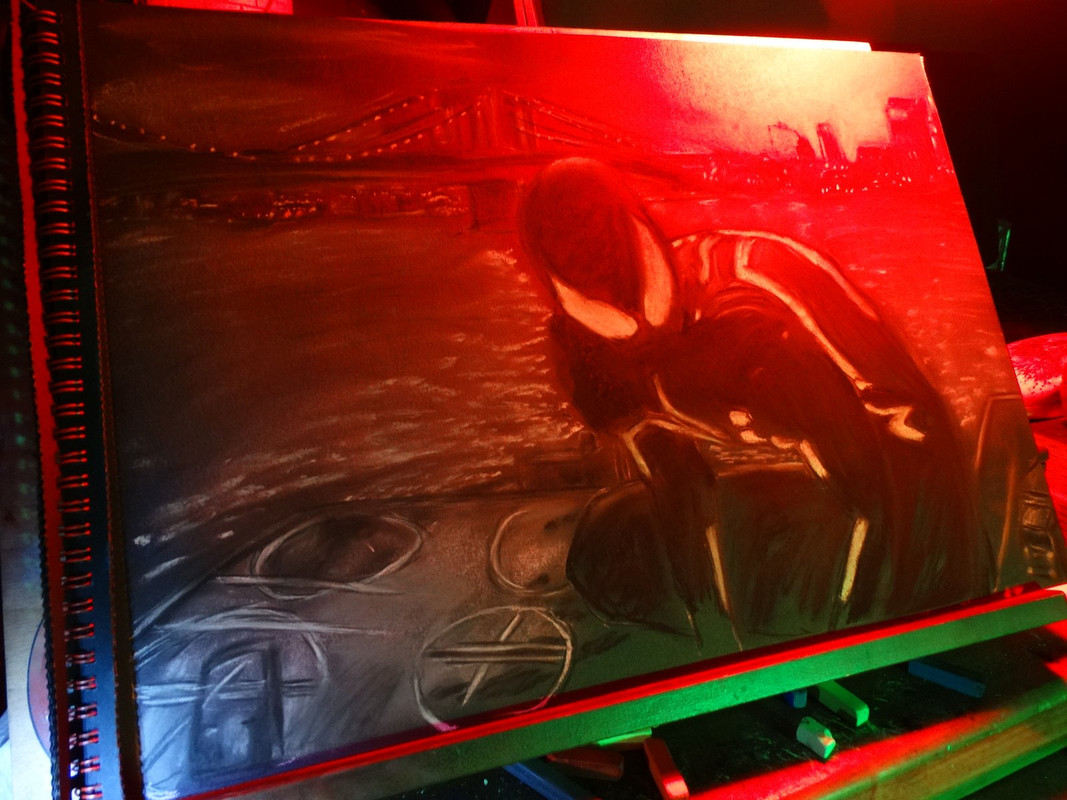 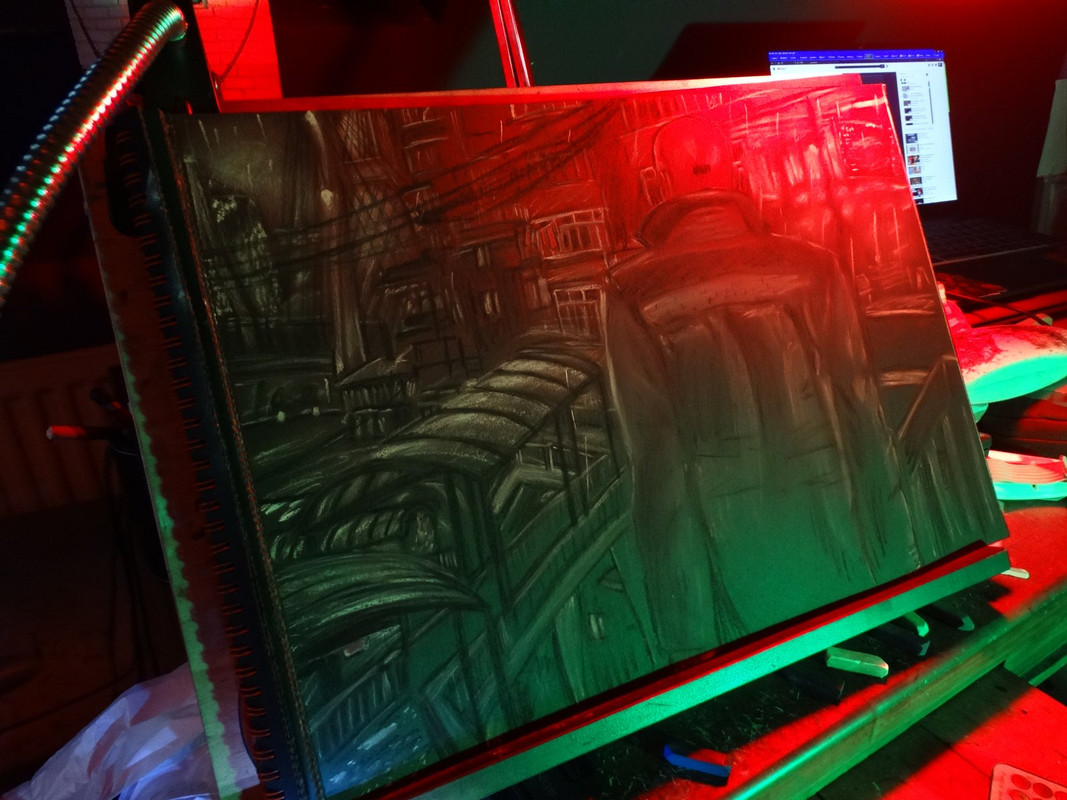 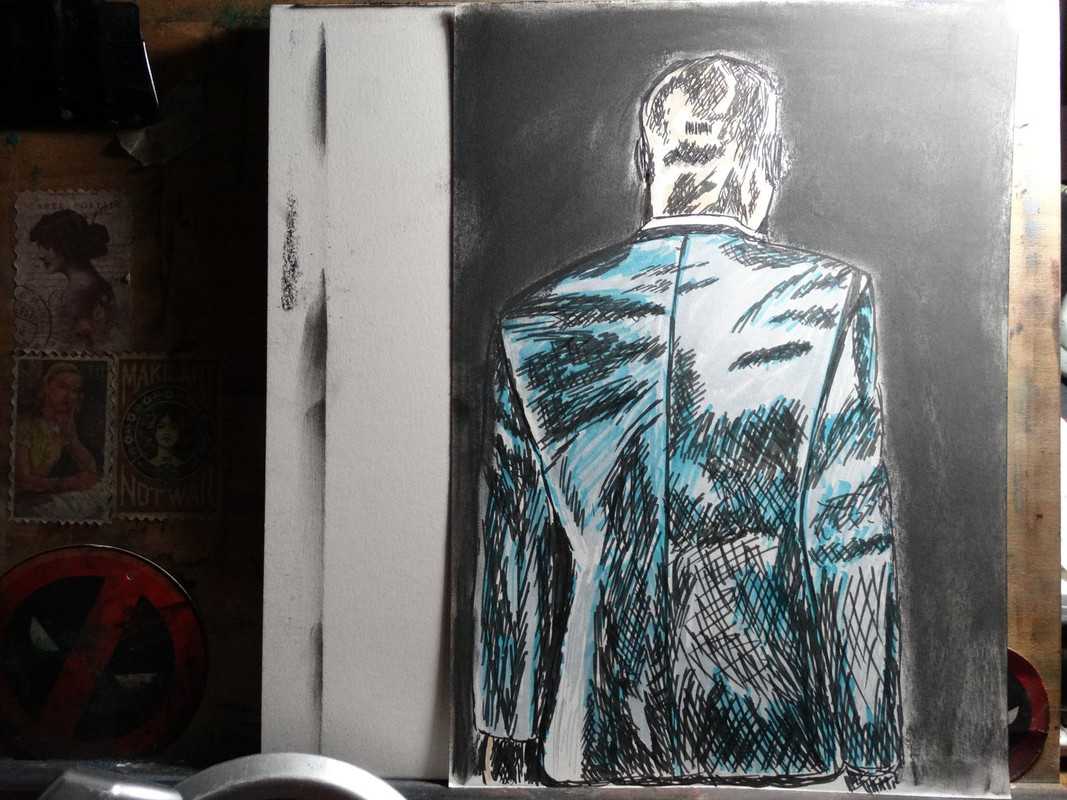 Been having a go at this 'Inktober' thing as I've never really sat down and tried the medium before. Seems like it's going alright. Kind of fun. Very different style and finish which is nice in it's own way but I don't prefer doing it honestly. 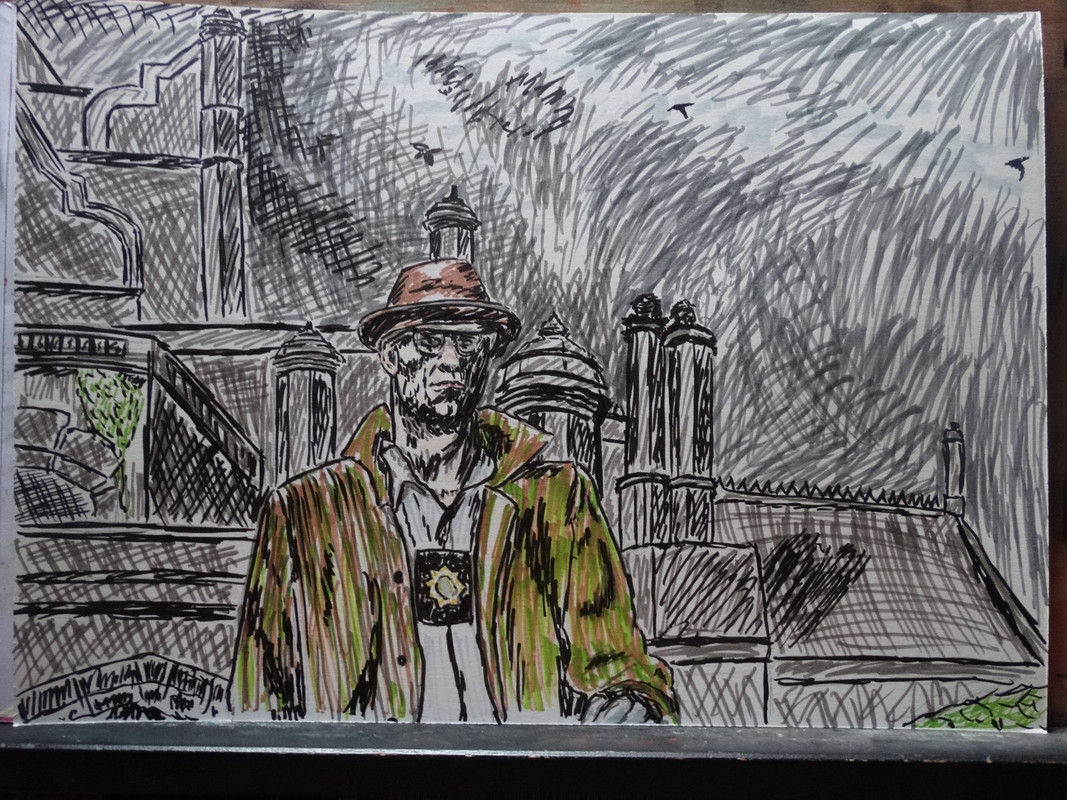 Would've liked to have done something new for this year as this is my favourite time of year but it seems I picked up a pretty bad cold last week ironically at the one place continuing to spout the most crap I've seen recently about 'handling' this on-going situation we all seem to be unable to escape nor get ahead of. Not the supermarket. Not a shopping centre or an airport. The optician of all places. So just have to settle for some of my older stuff I guess. 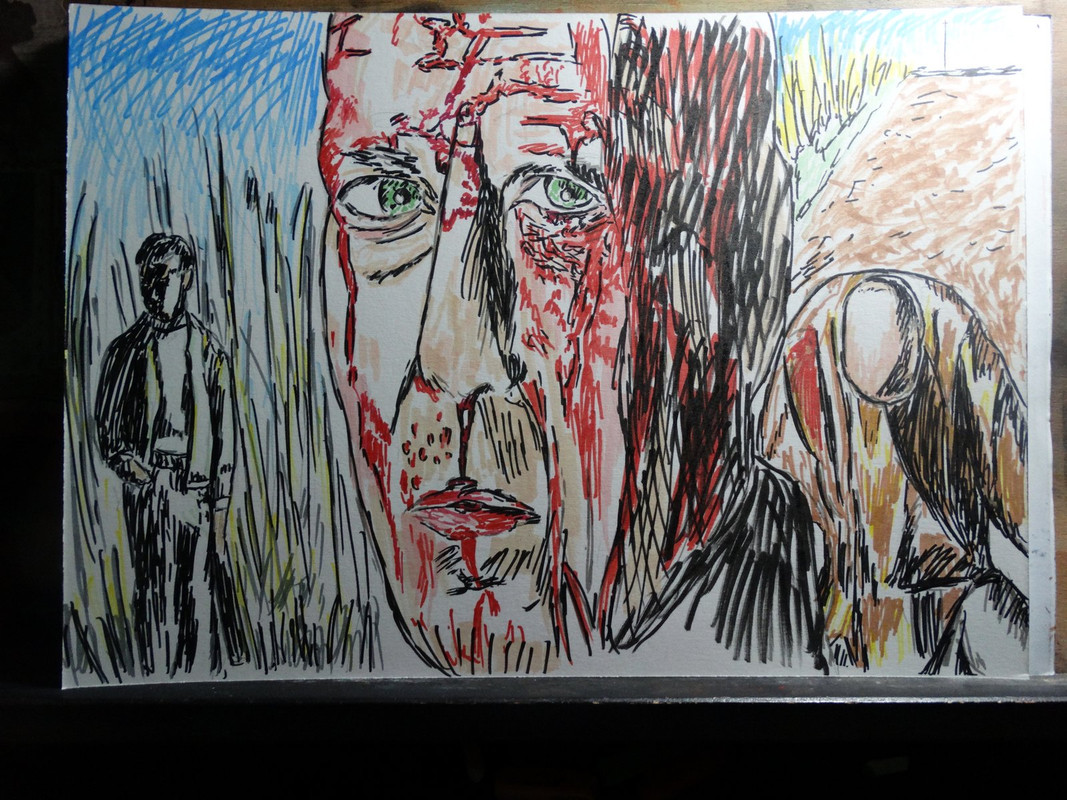