The rumor mills are spinning! With the Facebook Popularity Poll ending last week, people have been wondering if Namco was about to unveil a new SOULCALIBUR title this year at E3. After all, Lost Swords is over a year old now, and was single player only. A new mothership SOULCALIBUR title tends to come out every 3-4 years, so now would be the time to get this party started.

While E3 opens to the public on Tuesday, the event actually begins for the press on Sunday. With the Microsoft keynote airing on Monday morning, and Sony during the evening, we could know the details within the next few days. So be sure to stick to 8WAYRUN to hear the news; as we will try our best to keep you all updated with the relevant information.

In the meantime, lets talk. What do you want out of a new SOULCALIBUR game? What are your expectations? New characters? Guest Characters? A complete reboot to bring back the older characters?

Personally, with Talim winning the popularity poll; I expect her to be in the next title. Hell, the biggest reason I stopped playing SOULCALIBUR was because Talim wasn't in the recent game. Talim is the reason I play fighting games at all. muh talim @BrewtusBibulus and @NeoOutlaw used to come over to my place and play SOULCALIBUR on the Dreamcast; and I was just never into it. It wasn't until Talim in SOULCALIBUR II where I actually got into fighting games.
Click to expand...

JaseyJasee said:
Namco's conference is tomorrow so there is still hope. If there is no announcement then it will most probably be at TGS.
Click to expand...

I'm going to say right now that SCVI will not be announced in the future at TGS and it will be announced next year only to be released in 2017.

Raywarlord said:
I could see them making Nightmare bigger but Siegfried has always been short man. He's not getting any growth at his current age.
Click to expand...

What's it got to do with height?
Sieg needs some muscle.

AlphaKEG said:
I'm going to say right now that SCVI will not be announced in the future at TGS and it will be announced next year only to be released in 2017.
Click to expand...

That would be awfully bad marketing. When they said "be patient", I assume they won't wait more than a year before releasing info (because that is reaaaaally bad marketing). When I asked Koinuma about SW4 whereabouts, he said "Please wait a little more" (Aug. 23, 2013), the game was confirmed a month later.

With all the noise around a possible SCVI, they would not be toying around with us with "please be patient" and other polls.

Maybe it won't be announced at E3, but it will be by the end of the year, I'm sure of it. However, I don't mind the announce date, as long as
1. The development is far enough to allow a close release
2. Or they take their time to release the game
Well, you know, Hype is important when it comes to games like this. They want to wait till people almost get bored of waiting then reward their patience with bits of information. Truth.
Well, we've had years of silence: Daishi simplied vanished after his failure, Hoshino barely replies to questions and just keeps posting ecchi costumes that costs 60 bucks. There was no hype built around a sequel, many people have lost faith a long time ago. Then they released that "please be patient" bomb, without anything else, then a poll. The hype was really low, yet it existed. Now people have hope for an announcement at E3, it is the right time to drop a huge bomb and then build the hype around it. Because trying to build hype around something that doesn't even exist isn't really rewarding.

I'm aboard the hype train for GW2: the expansion was announced in January, we had hype weeks, then the hype went down, then it was renewed, etc. They built their hype around something concrete, and I don't mind waiting till december until we get something (since we know the expansion was being worked on for more than 2 years).

So if SCVI was to be announced (at an early or late stage of development), it would help create a hype tht would barely ever go down if they know how to keep it up, even for more than a year.
True. You know. I was speaking to a friend who is into graphic design and he told me regarding characters getting sexier in every SC game that it is easier to make characters sexier as graphics get more realistic, but it can be more difficult to make characters look cuter in a game with a higher level of realism.

Think there is any truth to that?
Hey, i have some idea to implement into new SC game

And all this traits would add some layer on character in the colour of their "weapon splashes" while their fight -
Astaroth with red armor on him, Ivy with purple Valentine's edge, Maxi with yellow tiger tattoo on him, Siegfried with blue glow on his Requiem ( it will look like Soul Calibur then :P )
The E3 Live Events Schedule has been updated and Dark Souls III has not replaced over the "Unannounced Namco Title". They're supposed to be showing off a fighting game too......

PLEASE!
We've all been waiting. Clamoring for SCVI. Please.
Does anyone have the link to the namco stream?
What time does it start??? O___O
I'm gonna cry now :( best E3 ever with so many awesome games. Street Fighter 5, Battlefront, Hitman, Fallout 4 and even fucking Shenmue 3!!! But, where'es but where's my Soul Calibur? Thx Namco for fucked up their fans. And even no Tekken 7 trailer and nothing. Hahahaha Namco you are fuckin sell outs, goodbye
Watch out Luthor, I will come and destroy you and whole Metropolis
So I guess we can confirm that Soul Calibur VI is basically a myth atm? Perfect. How long until Evo?

Onyyx said:
I wasn't even aware Namco had a conference.
Click to expand... 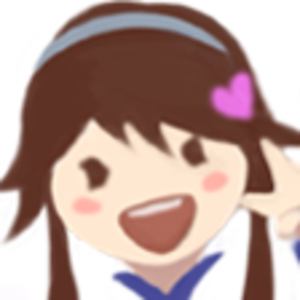 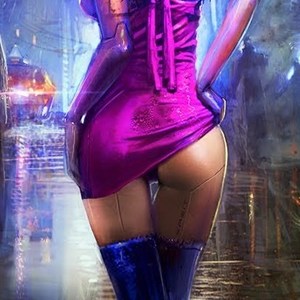 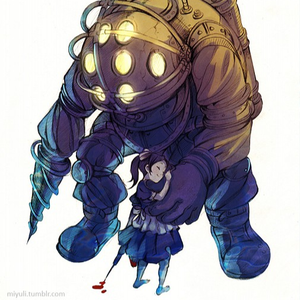